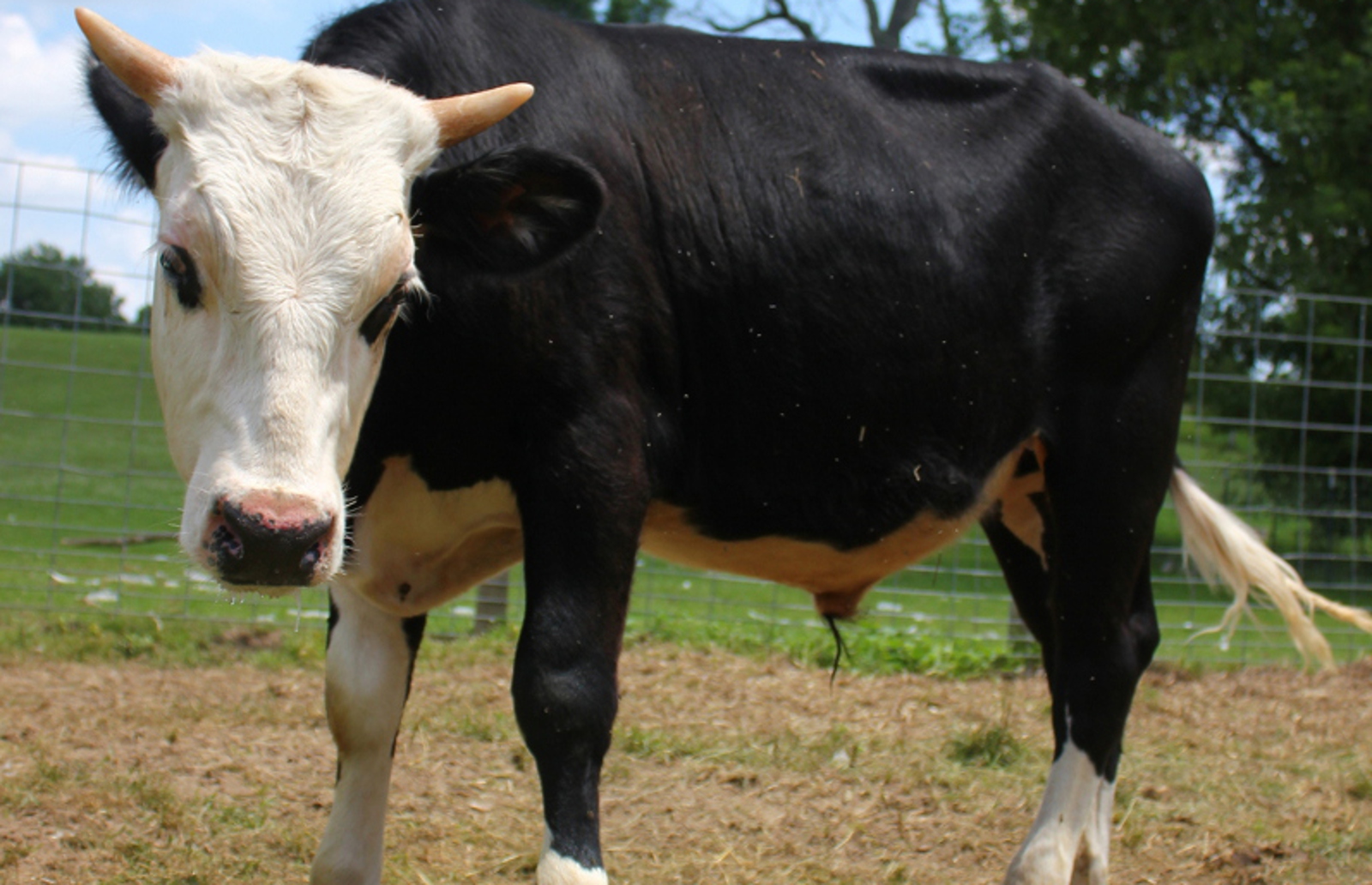 The story of Stevie the cow is not one that often gets told. Stevie was born a male in the dairy industry, which was a bad lot to begin with. Most male calves are useless in the eyes of dairy farmers and they typical are sold for veal. To make matters worse, Stevie was born blind; two bad hands in which he had no control.

When Stevie was born, the dairy farmer wanted to euthanize the little calf right away given his blindness. Thankfully this farmer had a daughter who took pity on Stevie and convinced her father to let Stevie live for a year, to give her a chance to find a home for this little guy. This task proved difficult because Stevie would need special accommodations to help him navigate learning to move about with his inability to see.

But, Stevie’s luck would soon turn around as the farmer’s daughter found SASHA Farm Animal Sanctuary who agreed to take the vision impaired calf and off he went to his new home. 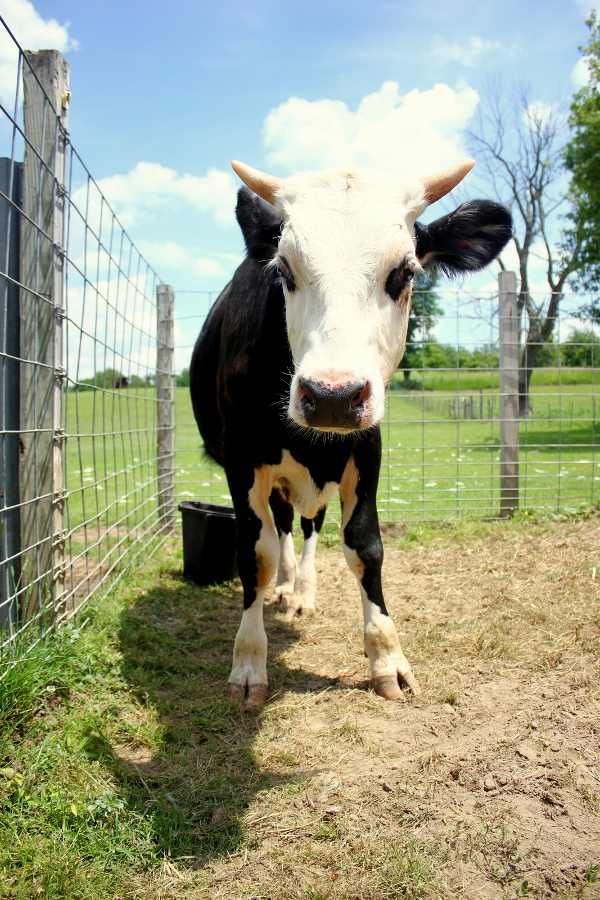 While Stevie is certainly not the easiest animal to care for, he has learned to navigate his world using sights and sounds. Katie Eory from SASHA Farm tells OGP, “Stevie has never been able to see, so he doesn’t know what the use of sight would do for him. All he knows are smells and sounds and how things feel under his feet.”

When Stevie first arrived at SASHA, the farm staff made preparations for Stevie by clearing away any obstacles from his barn and making sure his food and water was placed in a spot that would be easy for him to sniff out.

Stevie was showing some signs of stress his first days at the farm, understandably this little cow had very little idea about where he was or who was there to care for him.

Eory tells OGP, “He had been nervous or anxious when people approached him, but now he is coming to the fence when we say his name. He sniffs around for our hands, and is allowing us to pet him much more. He enjoys produce treats [like fruits and vegetables] very much just like all of our animals.” 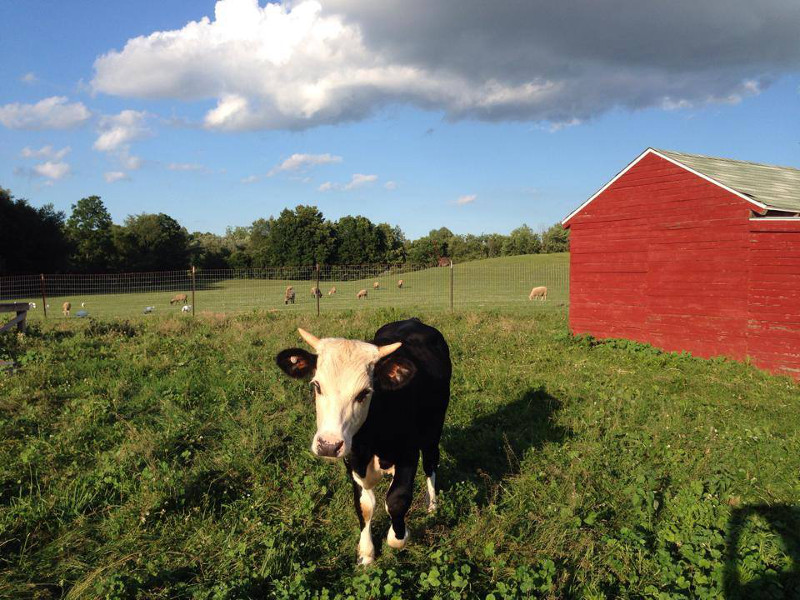 As the days progressed, Stevie learned to trust his caretakers and his stress levels decreased, afterall once you learn where the treats come from what else is there to worry about?

Stevie also adjusted to his new surroundings remarkably well, “While he often bumps into things, once he “draws a map” of his yard he is able to sense when things are coming closer, like a fence or the wall of the barn. He knows the sound of his hay and water and responds accordingly. He knows the sounds of the gate opening and footsteps coming near.” 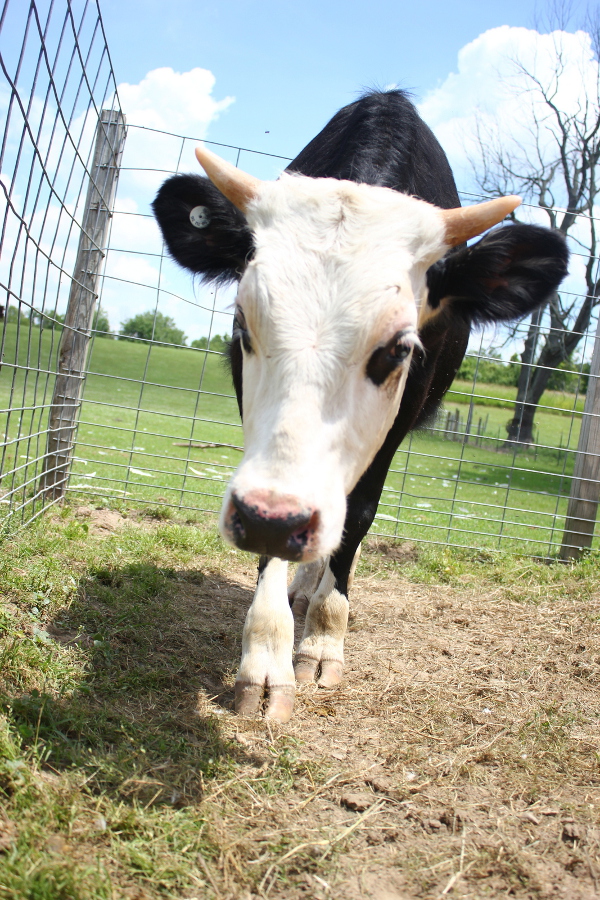 The other animals on the farm have taken a liking to this sweet, comtemplative calf, he “hangs out” with other cows and even shares a fence with Daisy and Lucky (remember them!), but surprisingly, Stevie has bonded most with the goats on the farm.

Eory tells OGP, “One of them even playfully head butts Stevie’s head – a show of acceptance in goat-speak.”

Stevie’s resilience is pretty remarkable, although according to Eory, “Blind animals are amazingly able.” Possessing the ability to learn and adjust to change, these animals don’t need to have a “sad story.”

Eory explains that while Stevie will always be reliant on the care of humans, we do need to do our best to make sense of their world the way they do, and innovate a little to make sure they have every opportunity at the best life.” 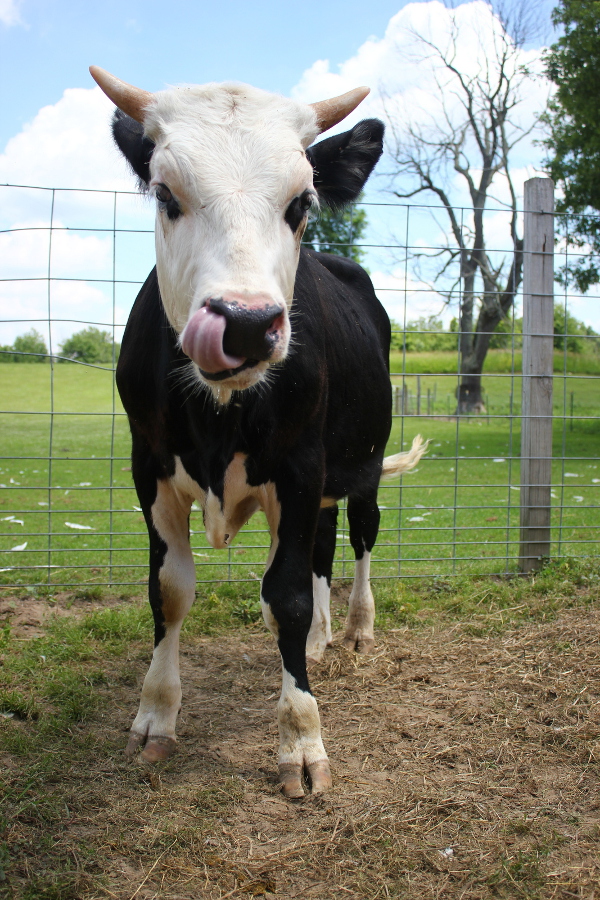 However, getting to know this wonderful calf in the process is well worth the extra challenge. To Eory and the other staff at SASHA, Stevie’s story is one of inspiration that any person could readily learn from. 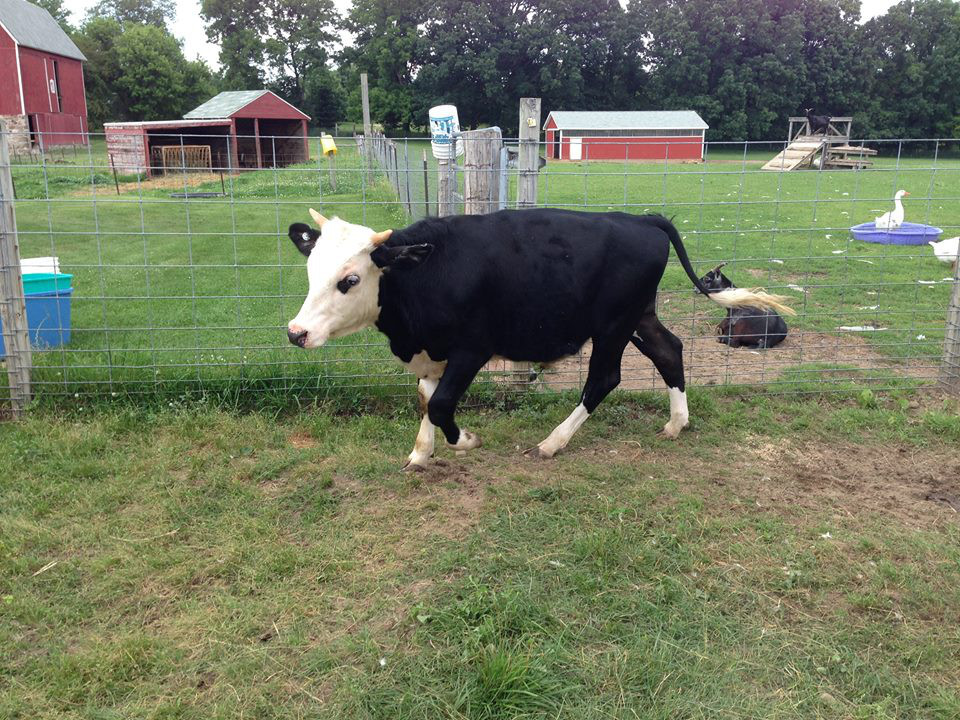 “In a short time, Stevie has been so brave and so open to everything his new world has to offer him,” Eory tells OGP, “Stevie doesn’t know he’s supposed to be sighted, and perhaps he can see with his heart.”

To learn more about SASHA Farm Sanctuary check out their website and Facebook page. To make a donation to help them provide Stevie with all the treats his heart desires, click here.