Here’s What Dairy Cows Have to Say About ‘Milk Life’ 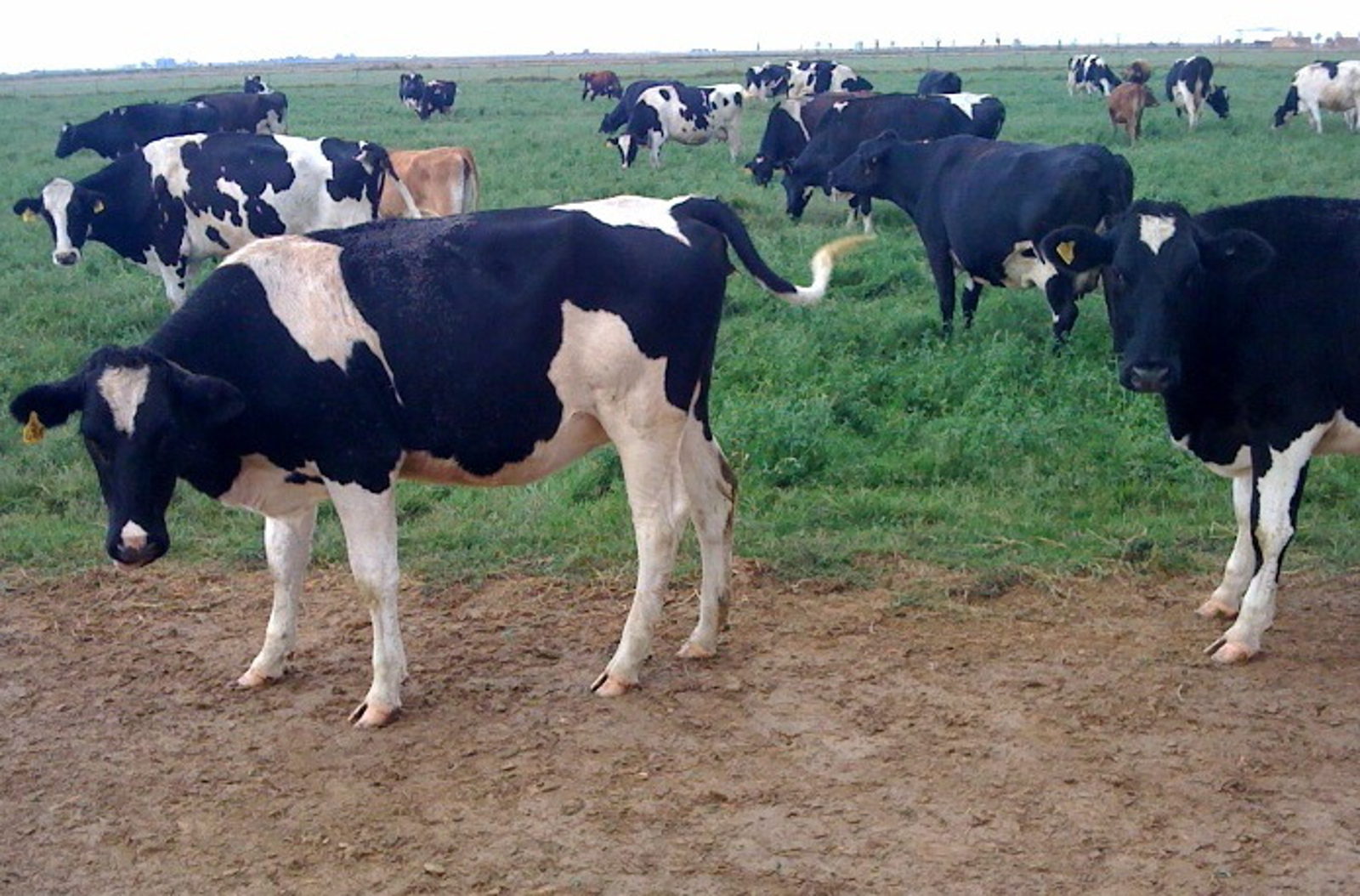 Thanks to many years of extensive lobbying and clever advertisements, the dairy industry has successfully convinced many Americans that cow’s milk is the best source of calcium (and even the only source, judging by the amount of vegans who get asked, “Where do you get your calcium?”)

The “Got Milk?” ad campaign was, for many years, the dairy industry’s trump card, generating over 90 percent brand awareness throughout the U.S., and even enlisting financial advisor and talk show host Suze Orman in a bid to convince cash-strapped consumers that milk was a cheap, nutritious option for them and their families.

However, all good (or not-so-good) things come to an end, and in February, the Milk Processor Education Program (MilkPEP) announced that they were adding a new string to their bow: “Milk Life.”

This rebranding exercise may have been triggered by the fact that, in spite of all the clever gimmicks and ad slogans, U.S. consumption of cow’s milk is continuing to decline. Sales of non-dairy beverages such as almond, soy, and rice milk hit $1.33 billion in 2011 – could it be that dairy execs are a little freaked out by this?

The “Milk Life” campaign features a series of images of confident, carefree people performing superhuman acts, fueled by the mystical eight grams of protein that can only be accessed through the consumption of cow’s milk.

But what do the dairy cows – the ones who suffer and die to provide humans with this wonder potion – think about all this? It’s impossible to know for sure, but we at OGP have made a few attempts to guess what might be on their minds.

Milk ‘Life’? We prefer to call it ‘Milk Death.’ 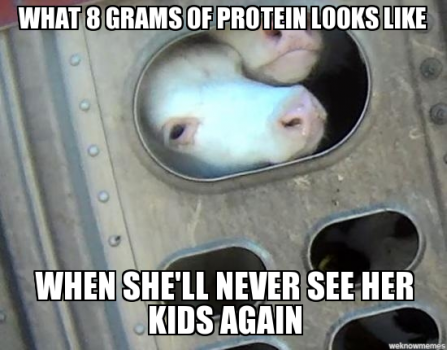 MilkPEP’s shiny, happy new ad campaign conveniently glosses over the fate of milk-producing cows and their offspring. Calves are typically torn away from their mothers at a young age – often within hours of their birth.

Cows are lively, joyous creatures by nature, and can lead highly active lives – but when they are confined to dark, heartless stalls from the moment of their births, it’s a different story. Gene Baur of Farm Sanctuary, recently wrote, here on One Green Planet, that a cow could normally live for twenty years, “but the life of a dairy cow in production is short. At around four years old, dairy cows are considered ‘spent’ and sent to slaughter. ‘Milk Life’ for a cow is defined by strain, fear, and loss. It is not a life at all but a sad existence and premature death.” Is this worth the so-called benefits that eight grams of protein might bring us?

“You need my babies’ food for strong bones? Really?” 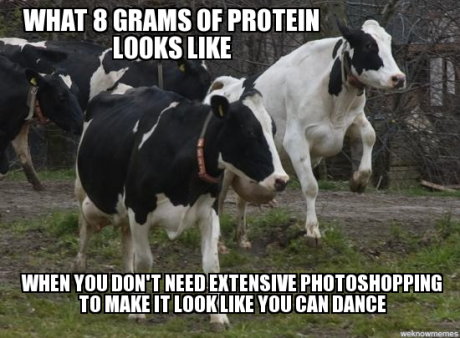 One of the earliest “Got Milk?” TV advertisements featured two children who refused to drink milk because their elderly next-door neighbor, who never drinks it, appears to be strong and energetic. As he picks up his wheelbarrow, his arms suddenly snap off – implying that without dairy, his bones have become weak and brittle. Naturally, the poor children scream in terror and frantically begin to drink the liquid.

This scare-mongering message – linking dairy consumption with bone health – has persisted into the present day, but it has been proven to be false. Calcium is available from a wide variety of plant-based sources, such as broccoli, chick peas, tofu, fortified orange juice, and non-dairy milks.

Almond milk, for example, is a highly nutrient-dense beverage that contains zinc, iron, calcium, magnesium, phosphorus, and selenium, amongst other things. And this comes without any of the antibiotics, pus, and nasty stuff found in dairy products – which have been linked to diseases such as prostate cancer and osteoporosis. Author Russell Easton says, “Dairy milk does increase bone density, but this comes at a terrible price. The latest research is showing that far from protecting bones, milk actually increases the risk of osteoporosis by eroding bone-making cells. Also, people with osteoporosis have a much higher incidence of heart disease and cancer, and the evidence is pointing at milk as the common factor.”

“After hearing all this, do you still want our babies’ milk?” 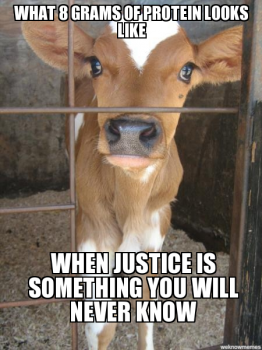 If you’re still not convinced, why not check out these nut milk recipes? They’re so good, it won’t be long before all memories of cow’s milk fade from your mind. We promise!