‘Milk Life’ is No Life at All for Dairy Cows 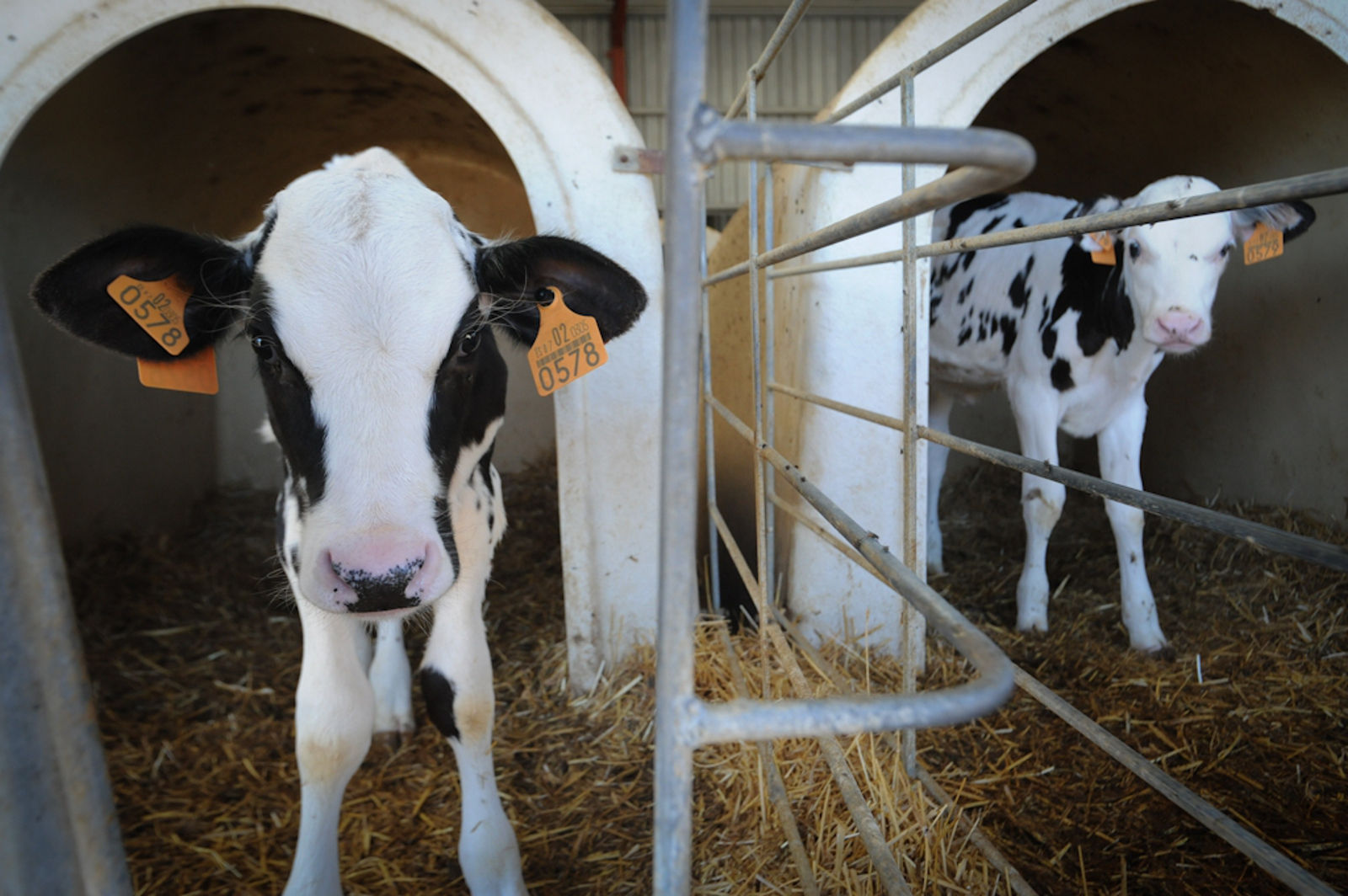 For 20 years, the U.S. dairy industry asked consumers, “Got Milk?” Despite the industry’s highly visible marketing campaigns and huge government subsidies, today many consumers are saying, “No, thanks.” With milk consumption on the decline in the United States, the industry’s marketing branch, the Milk Processor Education Program (MilkPEP), has launched a new slogan: “Milk Life.” 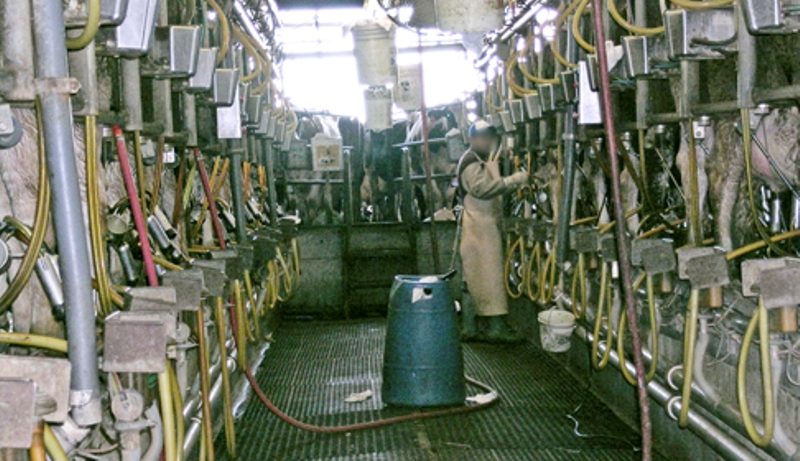 The “Milk Life” campaign seeks to promote dairy as fuel for an active lifestyle. Using images of ordinary people performing athletic and energetic feats with the declaration, “What eight grams of protein looks like,” “Milk Life” is portrayed as fun, active, and family-friendly. But when we view these ads featuring, for instance, a young girl jumping into a pool, propelled by wings made of milk, let’s ask ourselves: what does “Milk Life” mean for a cow?

The confident and carefree lives of the everyday people shown in these new ads take on a dark hue when compared with the existence of the everyday dairy cow who is pushed to her biological limit, commonly producing ten times more milk than she would naturally. Dairy cows don’t get to run freely and explore outside, although they would love to. Cows are naturally playful, curious, and energetic, but in the dairy industry, they are confined, frustrated, and exploited. 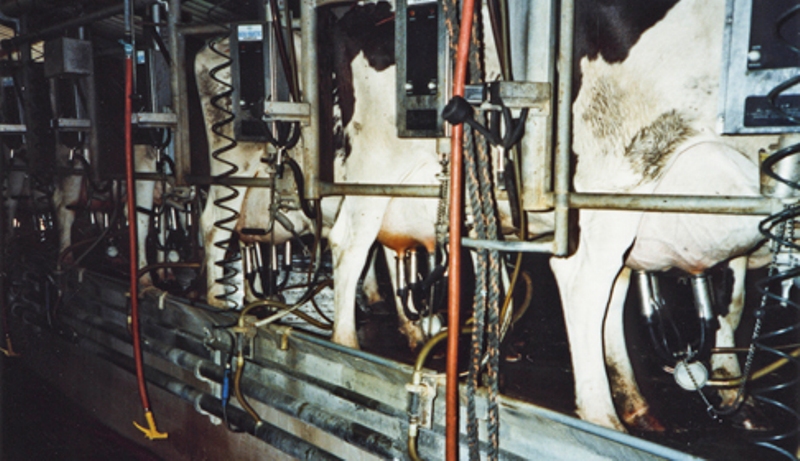 In order to maximize milk production, cows are subjected to a relentless cycle of impregnation, birth, lactation, and re-impregnation. I’ve been to dairy farms and seen babies taken from their mothers within hours of their births, which is standard practice. I’ve seen thousands of those lonely, frightened calves confined in wooden boxes, while their mothers are hooked up to milking machines. Cows are social animals who form close bonds with friends and family members, yet most mothers and calves in the dairy industry do not get to spend even a day together. Mothers are heartlessly separated from every baby they bear. Young female calves are raised to replace their worn-out mothers. The males are commonly sold for veal or beef. 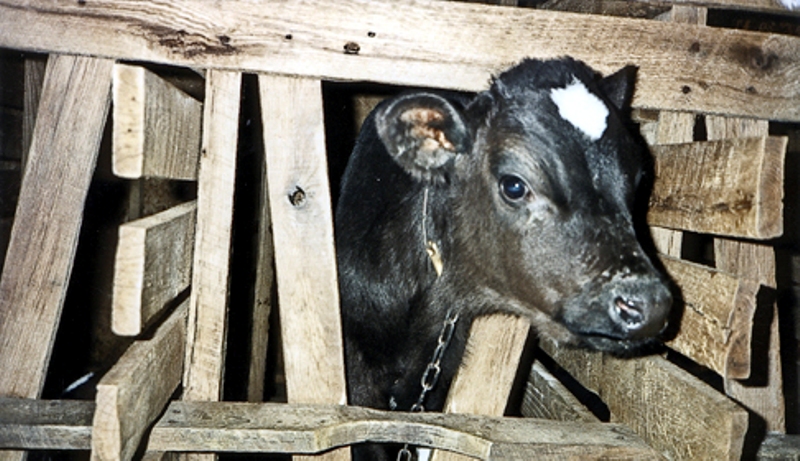 Cows can live to be more than 20 years old in a healthy setting like Farm Sanctuary, but the life of a dairy cow in production is short. At around four years old, dairy cows are considered “spent” and sent to slaughter. “Milk Life” for a cow is defined by strain, fear, and loss. It is not a life at all but a sad existence and premature death.

The dairy industry is cruel and destructive, and drinking cows’ milk is completely unnecessary for humans. Mutilations (e.g., cutting off cows’ tails), infections, the use of growth hormones, and the casting off of male calves to veal crates are all hallmarks of a system that ignores the interests of the living, feeling animals it exploits. And, we need cow’s milk no more than we need pig’s milk, or dog’s milk, or cat’s milk. Cow’s milk is for calves.

I am heartened to see that consumers are drinking less cow’s milk and that plant-based milks, including coconut milk, soy milk, and almond milk, are now widely available in mainstream grocery stores. At health food stores, there are even more options, such as hemp milk, oat milk, and flax milk. These alternatives are packed with nutrients and provide great fuel for all of the activities humans enjoy. Soy milk, for example, contains nearly as much protein as cow’s milk and even more vitamin D; almond milk contains more calcium than cow’s milk and only half the calories. All of these products can be directly substituted for cow’s milk for drinking, cooking, and baking. It has never been easier to make the switch.

As consumption declines, the dairy industry will continue spending millions to market cow’s milk to consumers in the United States and around the world. It will push to exploit export markets, just like the tobacco industry and other industries whose products came to be recognized as obsolete or otherwise undesirable. The dairy industry also realizes, however, that there is money to be made in plant-based milks, and they are beginning to invest in these types of products.

We each vote with our dollars when we make choices about what to eat and drink. By opting for plant-based alternatives to dairy, we vote to stop supporting a system where millions of cows suffer short unnatural lives in industrial settings that are rife with cruelty. We vote to stop tearing mother cows away from their babies. And we vote to support a more humane, sustainable agricultural system. In other words, we shun the “Milk Life” and simply vote for life. 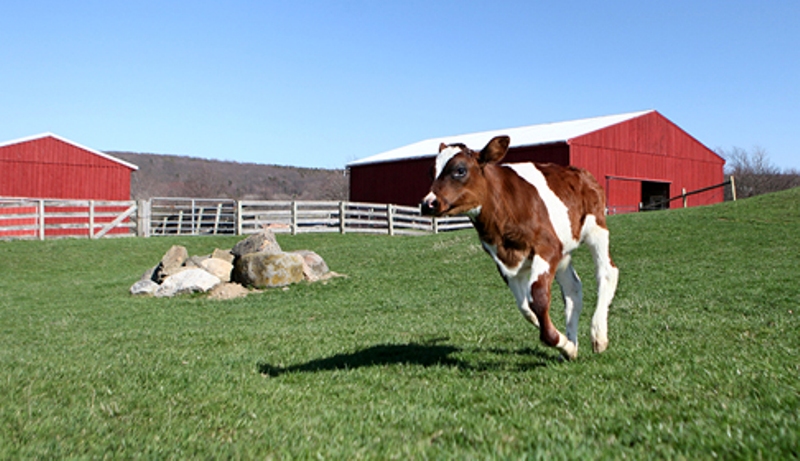