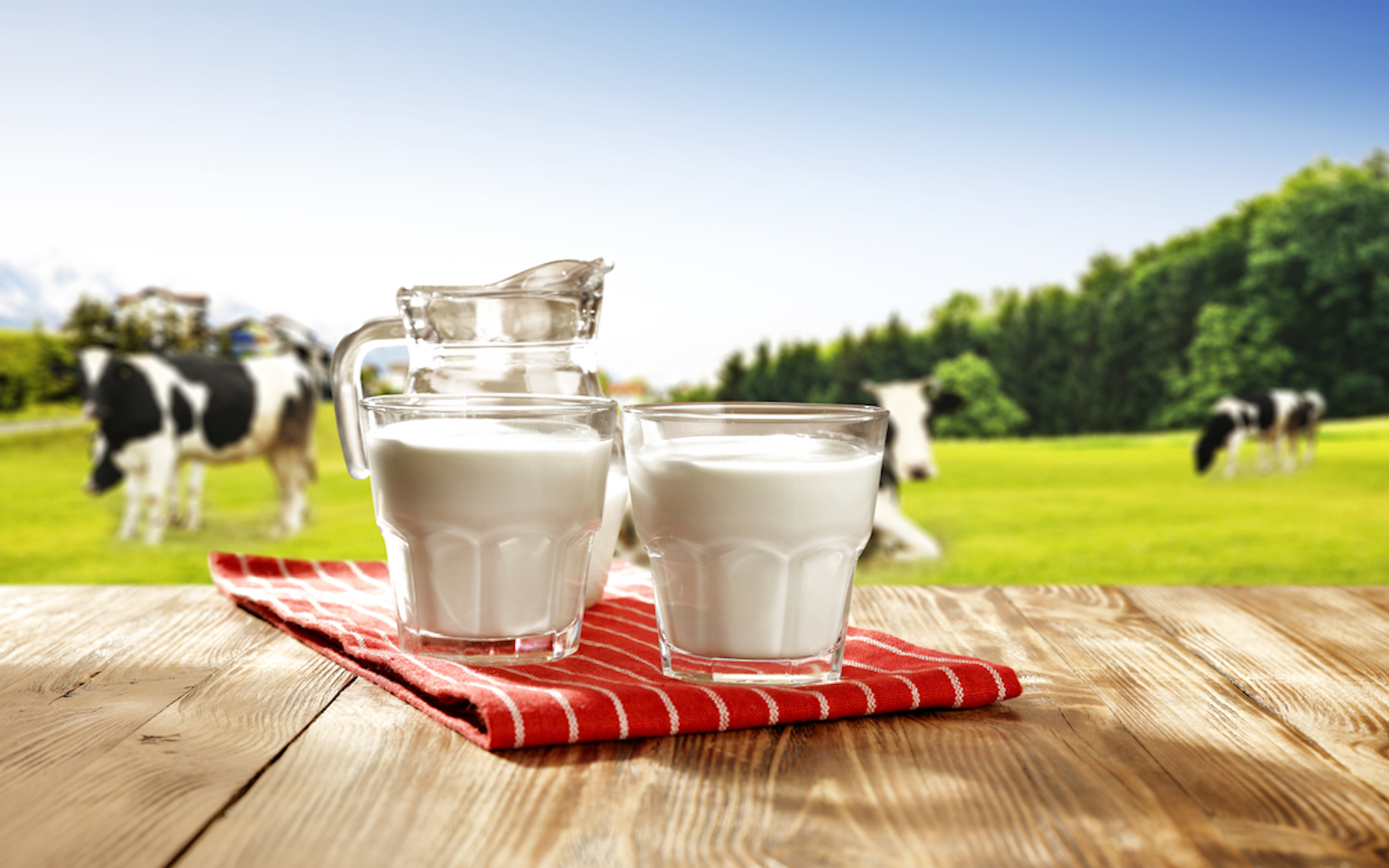 Despite its pure, innocent, and creamy exterior, milk has a much darker side and one that the dairy industry doesn’t want you finding out about.

Milk is much more than just a drink, it is a cultural phenomenon that can be traced back thousands of years, but despite all the research proving milk to be detrimental to both our own lives and the lives of the cows, the milk myths still ring loud and clear.

Myth 1 – You Need Cow’s Milk to Get Calcium

Like it or not, milk is not the best source of calcium.  It may be hard to believe but the calcium contained in cow’s milk is barely absorbable to the human body.

Thankfully, a milk-free diet won’t leave you deprived of calcium. The most calcium-rich foods on the planet come from plants, especially leafy greens such as kale, spinach, and broccoli.

Myth 2 – Cow’s Milk Will Give You Strong Bones

Much along the same lines as we need cow’s milk to get calcium, we are also told that cow’s milk is how we get nice, strong, and healthy bones. Unfortunately, this couldn’t be further from the truth. In fact, this ridiculous myth is so dangerous that I can’t believe marketers are allowed to get away with it.

Research has proven that milk actually depletes calcium from our bones and increases fracture risk, which is why the countries with the highest rate of osteoporosis are the ones where people drink the most milk!

No amount of cute celebrities sporting milk mustaches can hide from the ugly side of the dairy industry. Calves are taken away from their mothers within hours of being born where they are fed milk substitutes and often sold as veal calves after spending months chained at the neck unable to walk, stretch their legs, and even turn around.

Mother cows are also forced to endure needless suffering and cruelty. The stress caused by poor conditions on factory farms leads to lameness, disease, and reproductive problems rendering them useless at just 4-5 years old (their natural lifespan is 25 years) at which time they are sent to slaughter.

Myth 4 – Cows Need to be Milked

For some reason, the whole world is walking around under the illusion that cows need to be milked otherwise their udders will explode, in other words by milking them we are actually doing them a favor. This myth is a downright lie.

Cows only produce milk to feed their young. If they don’t have babies, they don’t make milk. Simple. To keep cows lactating, farmers impregnate them through artificial insemination once a year. This traumatic process is carried out by constraining cows in what is known by the industry as a “rape rack.”

No one can dispute that cow’s milk is an excellent food source … for calves. This incredible food is essential to baby calves in their first few months of life, but once weaned they will never drink milk again, and that’s the same for every mammalian species on the planet. Which is why it makes no sense for us humans to be drinking it.

If you enjoy articles like this and want more, highly recommend downloading our Food Monster App, which is available for both Android and iPhone, and can also be found on Instagram and Facebook. The app has more than 8,000 plant-based, allergy-friendly recipes, and subscribers gain access to ten new recipes per day. Check it out!