Which Milk for What Recipe: A Non-Dairy Milk Guide for All Your Cooking and Baking Needs

Here is a guide to help you choose the right non-dairy milk for all your cooking and baking needs. 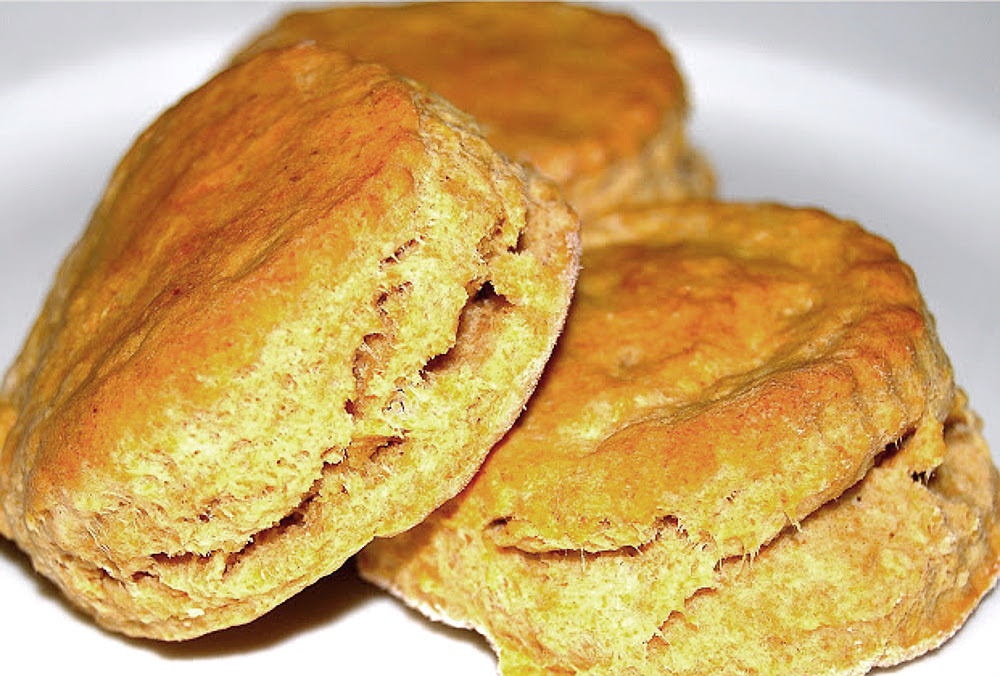 Of all the non-dairy milks available, soy milk has the most protein and in that regard is comparable to cow’s milk. One cup of soy milk provides 4 grams of unsaturated fat, 1 gram of fiber, and 7 grams of protein. Soymilk has 75% more antioxidants than cow’s milk. It is hearty, rich and creamy. Soy milk is good for drinking straight from the glass, poured over cereal or in coffee. The taste is nutty and slightly sweet. When it comes to cooking, soy milk is one of the best milks to choose. It can be used in place of cow’s milk in any recipe.  It is stable at high temperatures which makes it a good choice for savory dishes and sauces. In baking, soy milk is also one of the best choices because of its high protein content. According to veganbaking.net curdling milk with an acid such as vinegar creates complex flavors and thickens the mixture. This in turn “increases leavening power and enhances the crumb quality of cakes and muffins.” Since curdling is dependent on protein content, soy milk does the best job. That means that soy milk is also the best choice when making vegan buttermilk for Vegan Buttermilk Biscuits or for dredging to make breaded dishes like “Chicken-Fried” Tofu Steaks.

When buying soy milk, choose organic or non-GMO varieties to avoid genetically modified soybeans. Try to find brands that do not contain carrageenan. Check out this Nutritional Comparison: Soy Milk vs. Cow’s Milk to see why soy milk is the better choice. 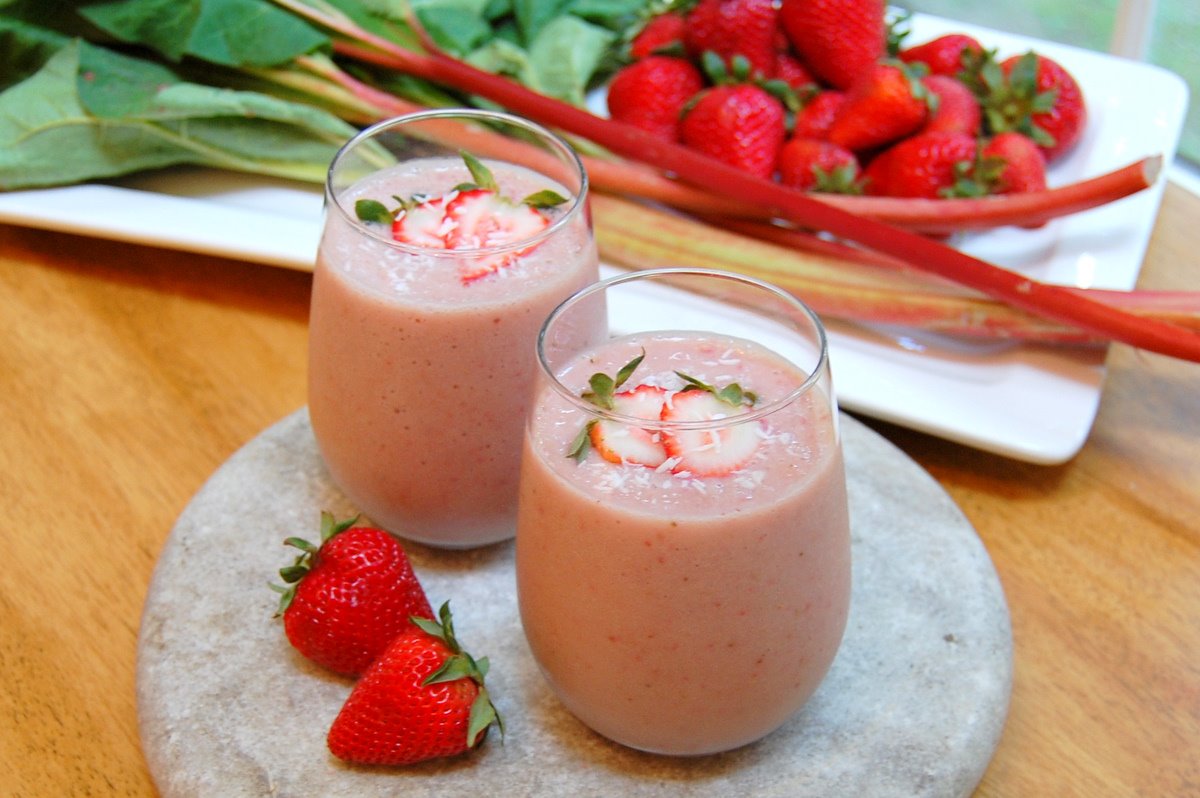 Almond milk is probably the most popular non-dairy milk. It is high in vitamins and other nutrients but it does not contain much protein. One cup of almond milk provides 1 gram of fiber, 1 gram of protein and 2.5 grams of fat. Almond milk is slightly sweet, nutty and creamy. It is delicious straight from the glass, in your coffee or poured over cereal.  Almond milk can be used in all recipes, sweet and savory, though some might find it a bit sweet for savory dishes and prefer to reserve almond milk for desserts and smoothies. It is easy to make your own almond milk. See How to Milk an Almond and How to Make Almond Milk for recipes.  Use almond milk for your Strawberry Rhubarb Smoothie and this Dark Chocolate, Peanut Butter and Banana Blizzard. 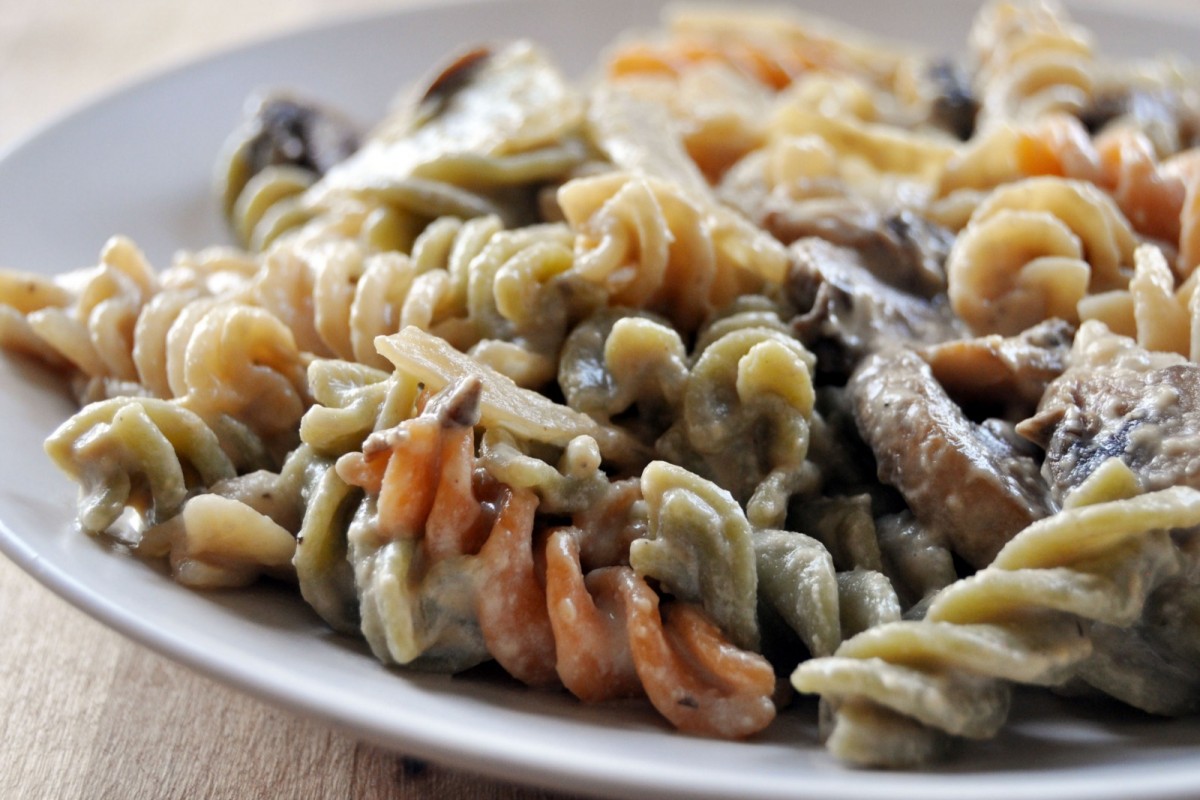 Cashew milk is similar to almond milk in that it does not contain much protein. One cup of store-bought cashew milk has about 5 grams of fat and 1 gram of protein. Cashew milk is very creamy and is a good choice for drinking, adding to coffee or pouring over cereal. It can be used in cooking and baking, and in both sweet and savory dishes, just as we use cashew nuts in so many recipes. Learn How to Make the Ultimate Homemade Cashew Milk. Try cashew milk anywhere you use cashews like Homemade Alfredo Sauce. 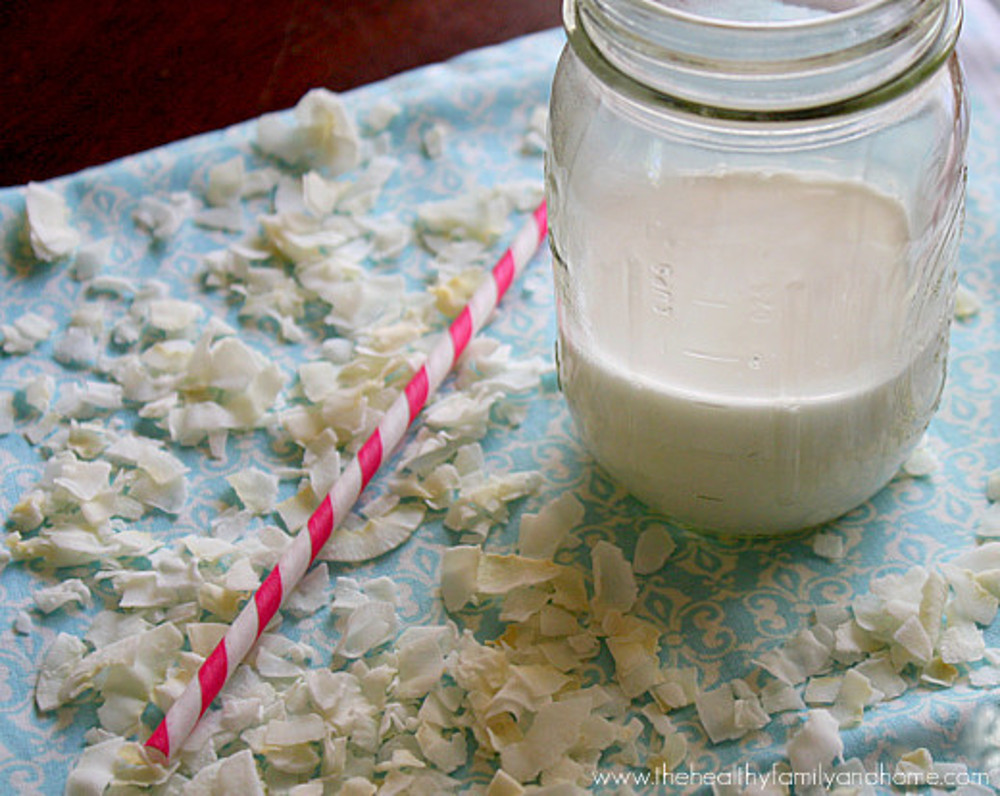 Coconut milk in the can, however, is not one you want to drink straight from the glass. Prepared from coconut meat, it is way too thick and creamy to drink. One cup of canned coconut milk contains a whopping 48 grams of fat, 5 grams of protein and no fiber. It is wonderful in soups, stews and sauces. It is thick enough to whip into whipped cream and to make creamy puddings. Make these Raw Fruit Popsicles with Coconut Milk and this Spiced Whipped Coconut Cream.

Rice milk is comparably thinner than other non-dairy milks. It is made by blending boiled rice with water and adding some type of sweetener. One cup of rice milk contains 2 grams of fat, 1 gram of protein and no fiber. It has a light, sweet flavor that is good for adding to coffee or pouring over cereal. Some people think rice milk has the closest taste to cow’s milk. Its sweet taste makes it a good choice for desserts and its delicate texture makes it work well in soups and light sauces but it may be too sweet for more savory recipes. Rice milk can be used for baking but because it is so light, the recipe will probably require some other type of thickening agent such as flour, xanthan gum or cornstarch. Find out more in The Fantastic World of Plant-Based Milks: Rice Milk Choices. Try rice milk in this Cream of Mushroom Soup or your morning Slow Cooker Vegan Banana Coconut Pecan Coffee Cake Oatmeal. 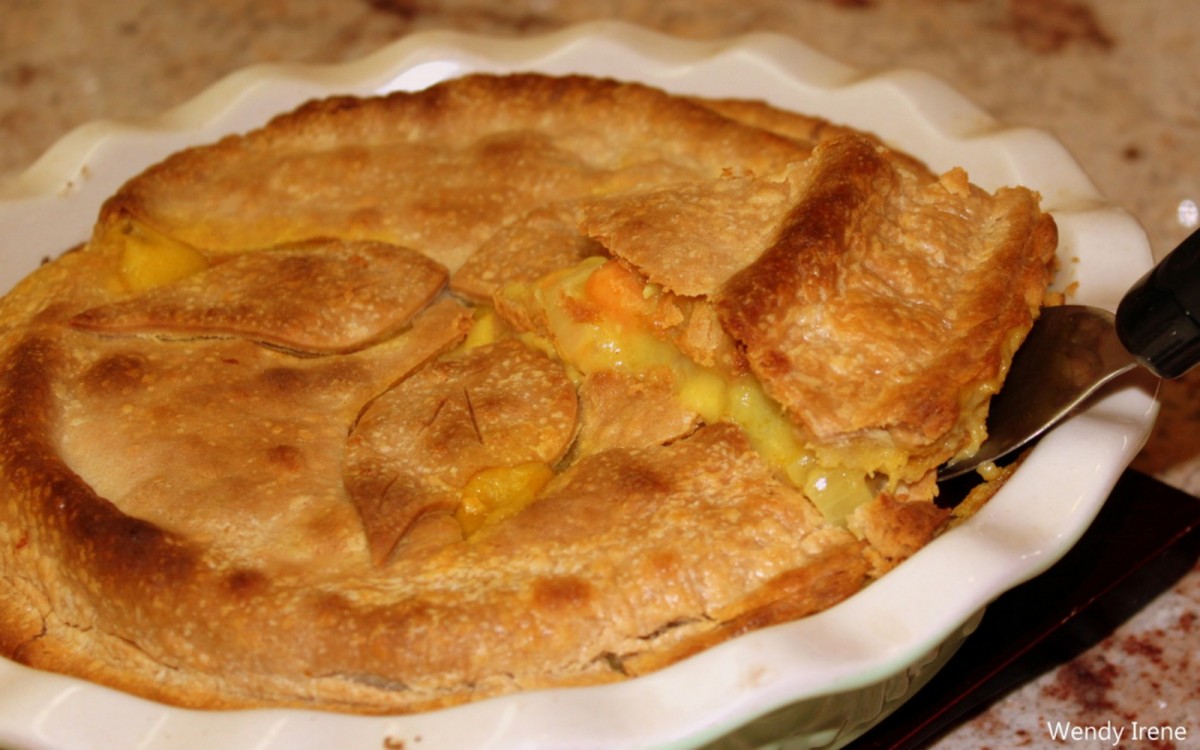 Oat milk is made with presoaked oat groats, which are hulled grains broken into fragments. One cup of oat milk contains 2.5 grams of fat, 2 grams of fiber and 5 grams of protein. Oat milk is light with a mild, slightly sweet flavor. It is said to be comparable to low-fat or fat-free cow’s milk. It can be enjoyed straight from the glass, over cereal or in smoothies. It works well in both sweet and savory dishes. Its light texture makes it good for light cream soups and curries while its sweet taste makes it work in baked goods. Read more in The Fantastic World of Plant-Based Milks: Oat Milk Choices + DIY. Try oat milk in this Creamy Not Clam Chowder or Curry Gravy Vegetable Pot Pie. 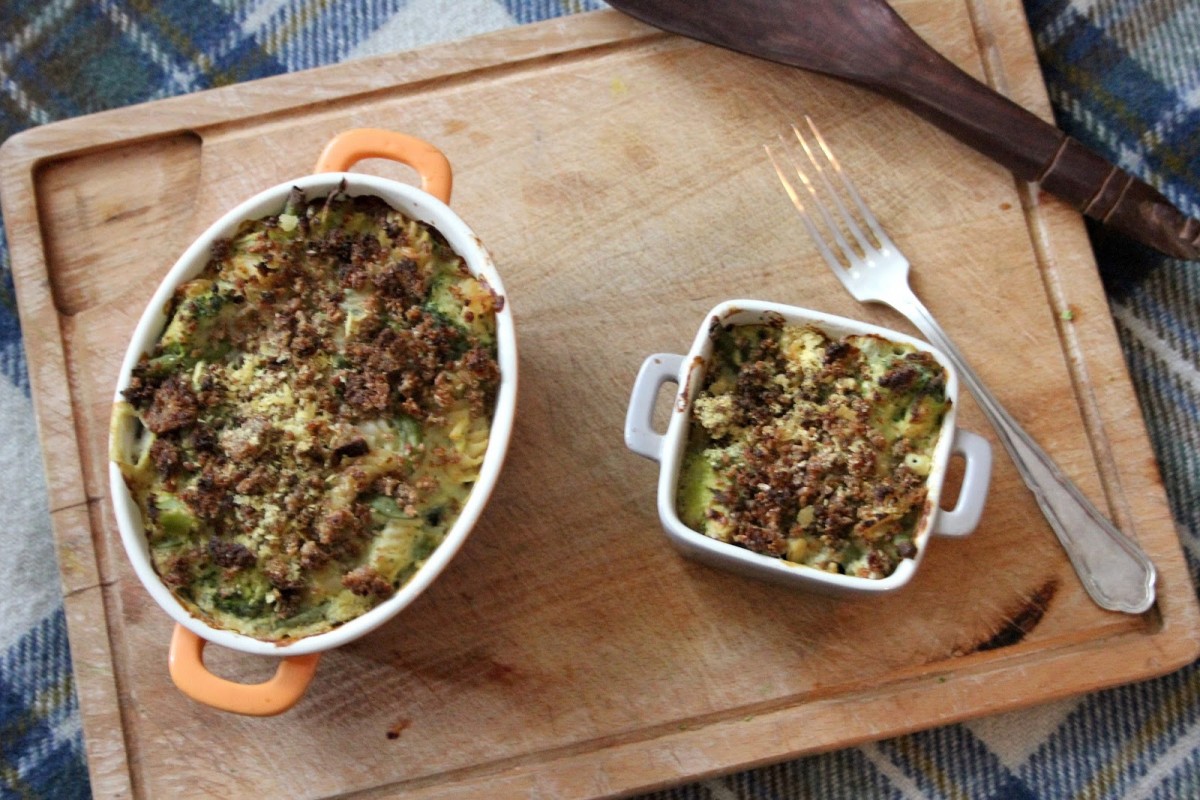 Hemp milk has more protein than other non-dairy milks other than soy milk. One cup has 3 grams of fat, 5 grams of protein and an entire day’s recommended intake of omega-3 fats. Hemp milk is thick and creamy. It has a strong taste that may be better suited to savory dishes though its protein content makes it a good alternative to soy milk for baking. See more in The Amazing World of Plant-Based Milks: Hemp Milk Choices. Try hemp milk in this Broccoli Cheese Pasta Bake and this Peppermint Mocha Crumb Cake. 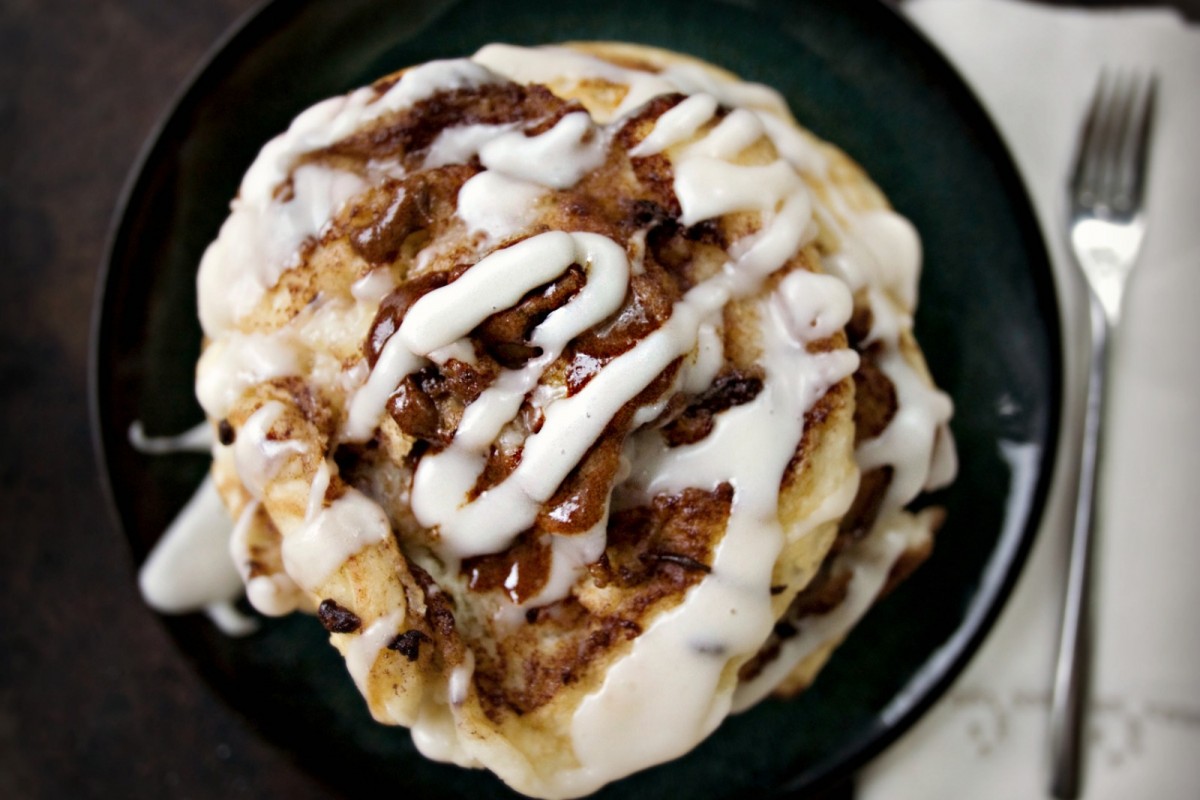 Flax milk which is simply cold-pressed flax oil mixed with filtered water. One cup of flax milk contains 2.5 grams of fat, no fiber and no protein. It does contain a lot of omega-3 fats. Flax milk is thin and smooth. It can be poured over cereal or into coffee or enjoyed straight out of the glass. Flax milk can be used in recipes both sweet and savory but be sure to buy the unsweetened type for savory recipes. For more info, see The Fantastic World of Plant-Based Milks: Flax Milk Choices + DIY. Try flax milk in Choco-Choco Muffins and Coconutty Cinnamon Roll Pancakes.

There is simply no good reason to keep drinking cow’s milk when there are so many plant-based milks available that are delicious, healthy and wonderful in every recipe. Keep learning about Why Plant-Based Milks Do a Body Good and Why Non-Dairy Milk Beats Dairy Milk Every Time. Then try drinking and cooking with any and all of these plant-based milk options.