A Beginner’s Guide to Vegan Baking 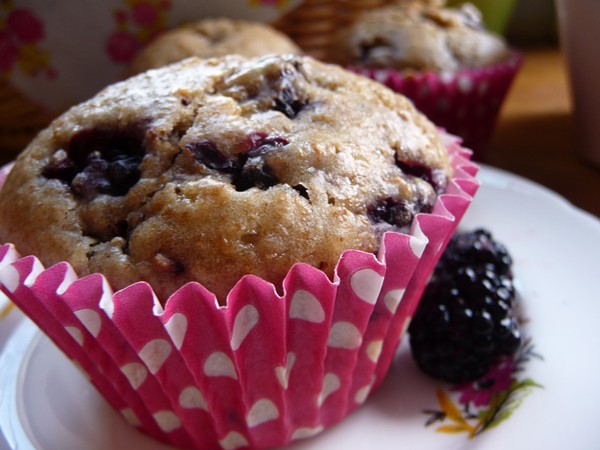 Many people find the idea of vegan baking mystifying – how can one get the same effects, tastes and textures without eggs, butter and milk? Believe us, it is very possible. And not only is it possible, it may even be better than traditional ways.

Of course, what makes baking ‘vegan’ is the fact that no animal-derived ingredients are used in any way. And that means no eggs, too – the ingredient that many people view as being synonymous with baking.

But here’s the thing: There is no mysterious science to vegan baking. Almost everything you can bake, you can make easily in animal-free form instead.

Why did it ever come about that eggs got used in a cake in the first place? Well who knows, especially when there are so many cheaper-to-use and just-as-effective options out there – as war-time housewives discovered when eggs were rationed and in short supply.

In standard baking, eggs are used to bind. They are a substance which keeps a cake, muffin, cookie or loaf together, and they help to retain moisture and determine the crumb texture.

But there are so many other food stuffs out there that can be used just as effectively, and not only that, could well work out better. Once you get used to an egg-free approach, it becomes second nature to see the alternatives.

In vegan baking, depending on the type of baked product, you may instead try using mashed bananas, apple sauce, soy yogurt, silken tofu, ground flaxseed mixed with water, and vegan buttermilk (soya milk mixed with apple cider vinegar). Corn starch and potato starch can work well too (in fact, these two ingredients combined are usually the main ingredients in vegan ‘egg replacer’).

Different substances give different results. Flaxseed (linseed) adds a chewy texture, so is especially good in muffins, breads and brownies. Silken tofu works well for dense cakes and for when the flavour of the binder isn’t required, whereas bananas will strongly flavour your baking – hello banana bread.

As a rough guide, ¼ cup (3-4 tablespoons) of soy yogurt, silken tofu, mashed banana or apple sauce is the equivalent to one egg for replacement in a recipe. Or a tablespoon of ground flaxseed (linseed) mixed with 3 tablespoons of water (to let it go gloopy) per egg can work too.

What about the milk?

Aside from eggs, it’s typically milk and butter that the other animal-derived ingredients that are used in traditional baking. As far as milk is concerned – a straight swap from dairy milk to unsweetned soya milk is often all that’s needed.

Other non-dairy milks also work well, depending on the recipe (for example, if it’s sweet or not). Rice milk, unsweetened almond milk, and coconut milk (the carton form is more ‘milk-like’, the tinned form is much richer and heavier) can be good choices.

If you’re baking a chocolate cake, I may use chocolate soy milk or hazelnut milk, and slightly cut down the sugar content. It often depends on what you have at hand.

And the long-life cartons of non-dairy milks are good to buy in so you have something in stock.

If you need a buttermilk replacement, add 1 teaspoon of apple cider vinegar per 250ml (1 cup) of soya milk, stir with a fork, and leave to curdle for a few minutes.

And what about the fat content? Well, if you’ve explored vegan baking at all, you will probably have discovered that a lot of recipes use oil over solid fat like vegan margarine.

Baking recipes usually need one form of fat or the other – solid (butter or margarine) or liquid (oil). Again they act to bind, and also add moisture and depth of flavor.

Generally, an oil that can withstand high temperatures – and is light in flavor – is most suitable in baking. So rapeseed (canola) oil is the one I frequently bake with.

But because it is so healthy, I do also use melted coconut oil a lot. And I because it is solid at room temperature, I find this is a good oil to use when the original recipe asks for a solid fat (it’s often hard to interchange a solid fat for a liquid one in a recipe).

Although I do so occasionally, I’m less keen to use vegan margarine as it is so highly processed it strikes me as very unhealthy. However, if the fat in a recipe is serving a ‘taste role’ also (like in shortbread), definitely use vegan margarine, not oil.

A touch of sweetness

In place of honey as a sweetener, try maple syrup, agave nectar, or other kinds of liquid sweetener.

Date syrup is good for flapjacks or oatmeal baking – though it has a strong flavour and is dark in colour. Rice syrup I find to be very similar to honey.

Beware that when it comes to granulated sugar, it may have been processed in a non-vegan way (using bone char), especially if the sugar comes from cane.

In the UK, we don’t have to worry about this so much. Our leading sugar brands use sugar beet, and are labelled suitable for vegans. If you live in the US or other parts of the world, look for vegan sugar. I think this is more likely if it hasn’t been bleached.

Food colourings, cake toppers, and decorations may not be vegan. Cochineal (the red food colouring, carmine) may be used, and is derived from a beetle, as well as shellac glaze – a resin secreted by the female lac bug.

Decorations may have egg albumen or milk in them, and gelatine – collagen from pig skin or cow bone – is often found in fondant icing and sweets like marshmallows.

You may have to make your own decorations, or go to a specialist vegan supplier for such items. Or be inventive, and come up with something else. Let’s face it, they’re non-essentials after all.

And a final word – rather than trying to ‘veganise’ a traditional recipe, you may find it easier to just search the internet for an existing recipe in vegan for. There are many out there!