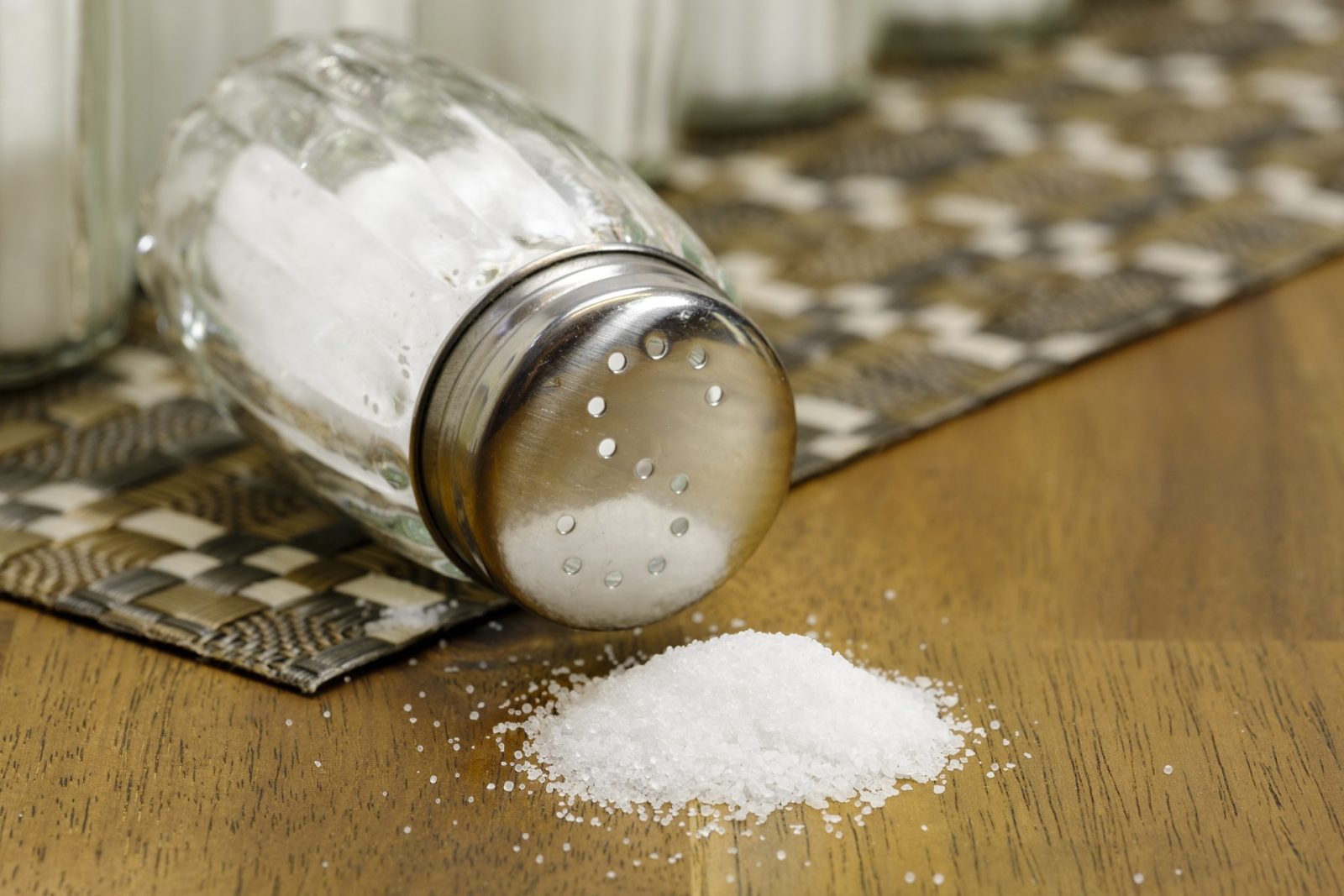 There are “more than 80 types of autoimmune diseases” — most of which initially present with “fatigue, muscle aches, and a low fever,” along with “inflammation, which can cause redness, heat, pain, and swelling,” all of which are fairly common in various other conditions, making autoimmune diseases fairly difficult to diagnose early on.

An autoimmune disease is a condition in which “your immune system attacks healthy cells in your body by mistake.” Even though doctors are unsure of what causes autoimmune diseases, and there is currently no cure, oftentimes, symptoms can be managed through both medication and diet.

What is Addison’s Disease?

Addison’s disease — also called adrenal insufficiency — is an autoimmune disorder that occurs when the body doesn’t produce enough of the hormones cortisol or aldosterone, or both. Addison’s progresses incredibly slowly, making certain symptoms — such as extreme fatigue, weight loss, decreased appetite, salt craving, and irritability — seem benign. With that said, as the disease worsens, so do more severe and telling symptoms such as low blood pressure and sugar, abdominal and muscle pain, nausea, diarrhea, vomiting, and depression. If left untreated, Addison’s Disease can be fatal.

While medical treatment is necessary to manage Addison’s disease — such as hormone replacement therapy to replace the lacking hormones — some Addison’s sufferers have benefited from implementing a diet that is higher in both sodium and calcium. This incredibly specific diet helps counteract the calcium-depleting effects of the medication and supplements a low-sodium content in the body.

With that said, it’s incredibly important to get the right amount of these minerals. It’s also important to source calcium and sodium from healthy plant-based sources. Before changing your diet or supplementing these minerals, make sure to speak with your doctor.

Before we get to the relationship between Addison’s disease and sodium, let’s take a look at what sodium is.

Simply put, sodium is an electrolyte, which is a “compound [that] produces ions when dissolved in a solution such as water [and] these ions have either a positive or negative electrical charge, which is why we refer to these compounds as electro-lytes.” To break it down further, about nutrition, electrolytes are “minerals dissolved in the body’s fluids, creating electrically charged ions. The electrolytes that are the most important in nutrition are sodium, potassium, calcium, magnesium, and phosphate.”

Alright, now we know what sodium is both within the body and from the food we eat. Now, how are Addison’s disease and sodium connected?

The Relationship Between Addison’s and Sodium

Addison’s disease is connected with both sodium and calcium deficiencies, yet for different reasons.

When it comes to Addison’s disease and sodium, the nature of the disease leads to a deficiency. As the adrenal glands become underactive, the typical defining characteristic of Addison’s Disease, they discontinue the production of sufficient adrenal hormones, which leads to an imbalance “of water, sodium, and potassium in the body, as well as the body’s ability to control blood pressure and react to stress.” Sodium, in particular, is strongly affected by this aldosterone deficiency, which “causes the body to excrete large amounts of sodium and retain potassium, leading to low levels of sodium and high levels of potassium in the blood.” This leads to severe dehydration, which may cause shock. 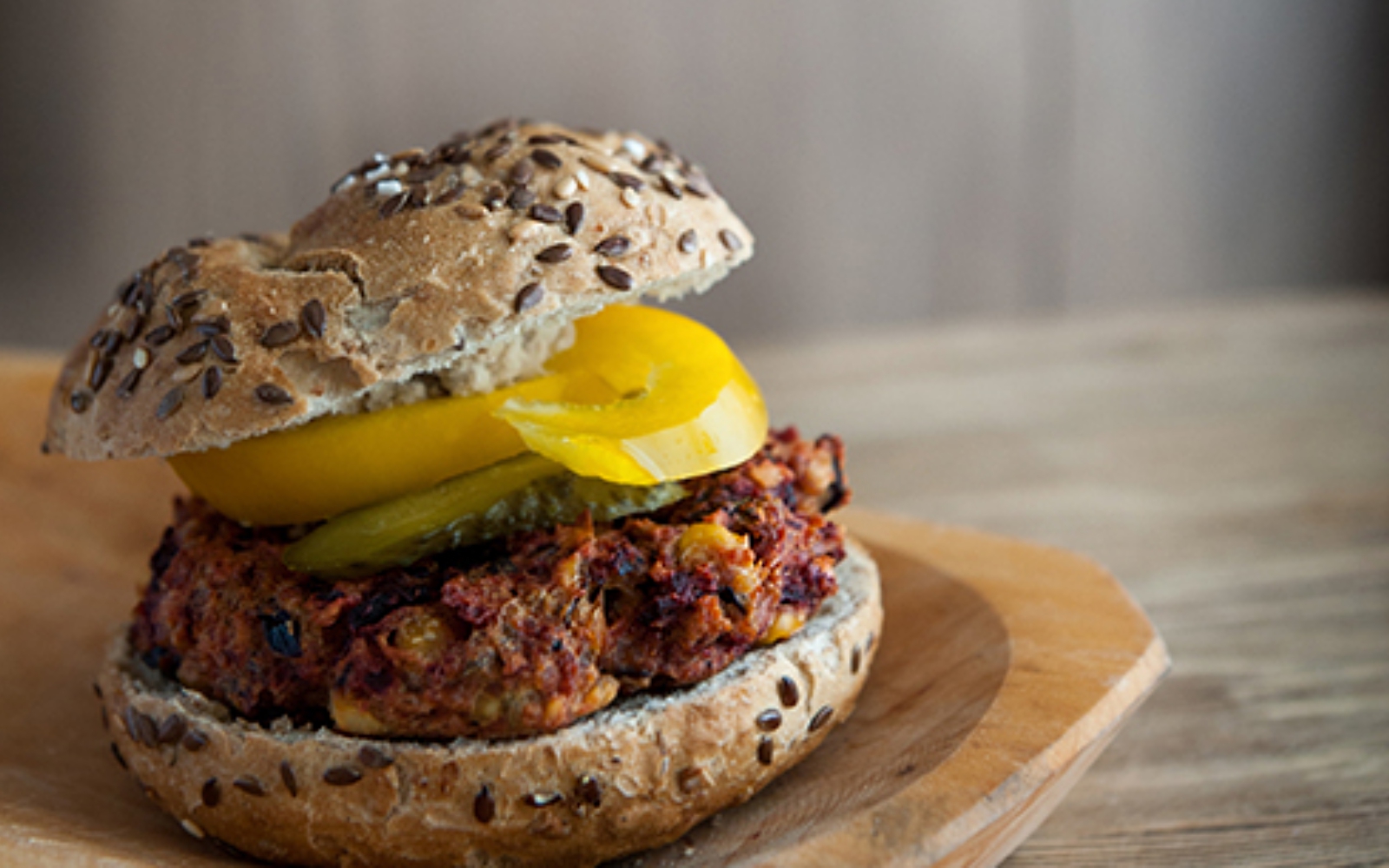 When it comes to sodium, finding safe and natural sources is the key. The traditional American diet is chock full of unhealthy amounts of sodium, most commonly found in processed, packaged, canned, and frozen foods. Therefore, it’s important to target natural sources. Many plant-based foods not only have natural and appropriate amounts of sodium, but these types of foods are also nutrient-dense and antioxidant-rich, which are essential components for reducing autoimmune disease-derived bodily inflammation. 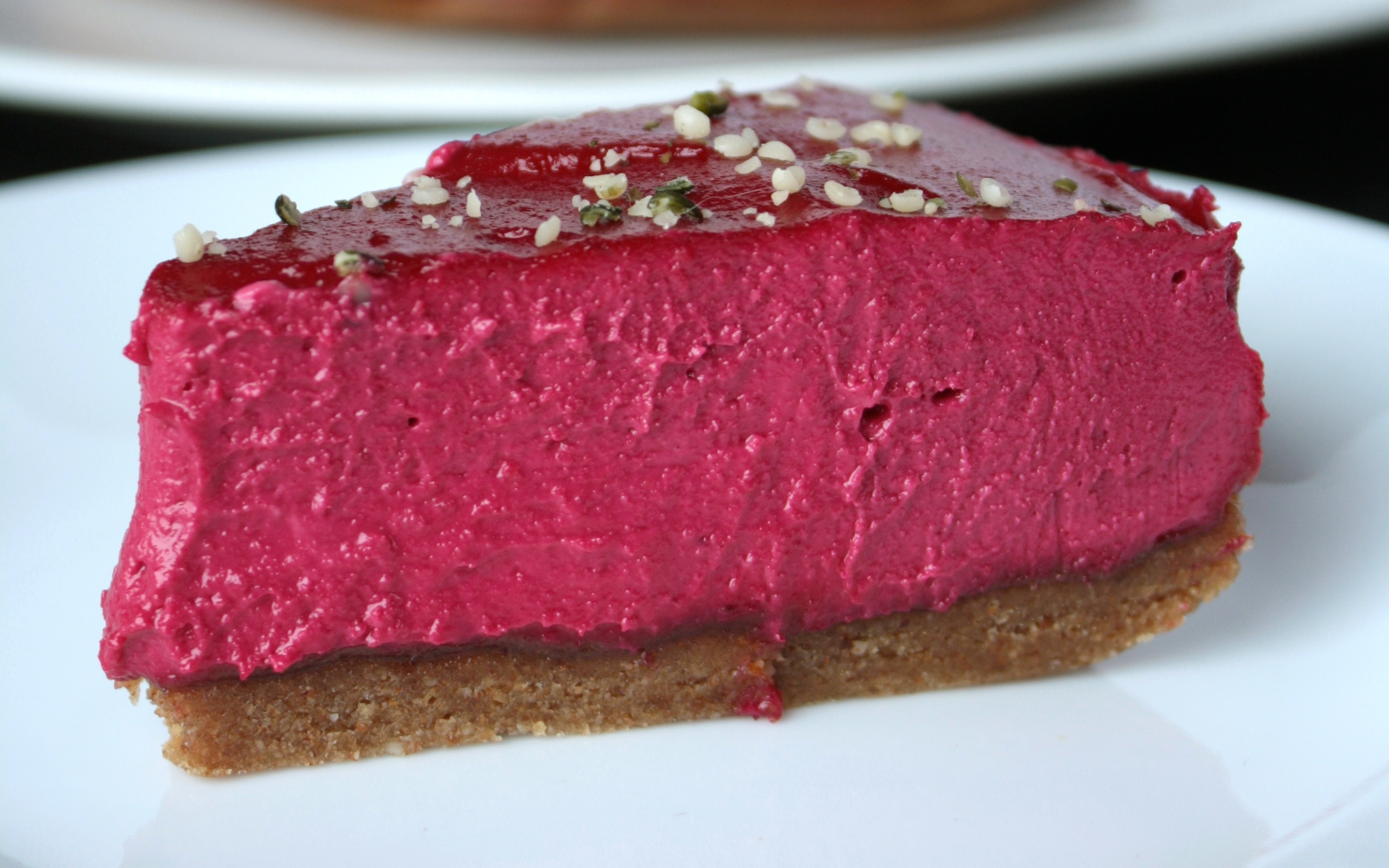 Beets are not only a great source of natural sodium — a half cup offers over 65 milligrams — this is also a naturally sweet ingredient great for plant-based baking. Beets are also a great source of vitamins A and C, as well as folate, calcium, magnesium, phosphorous, and potassium. With that said, beets are also rich in sugar — that same half a cup has over 6 grams — therefore, it’s important to moderate your beet intake. Due to their sugary richness and beautiful purplish-red coloring, many recipes use beets for faux velvet recipes, such as this No-Bake Crimson Velvet Cheesecake, this Healthy Beet Red Velvet Baked Doughnuts, or these Red Velvet Cheesecake Brownies. With that said, beets also have a nutty, earthy undertone and meaty texture making them excellent for meatless recipes such as this Healthy Beetroot and Chickpeas Burger, this Beet’ Pepperoni’ Pizza, or these Bean Patties in Beet and Chickpea Wraps. 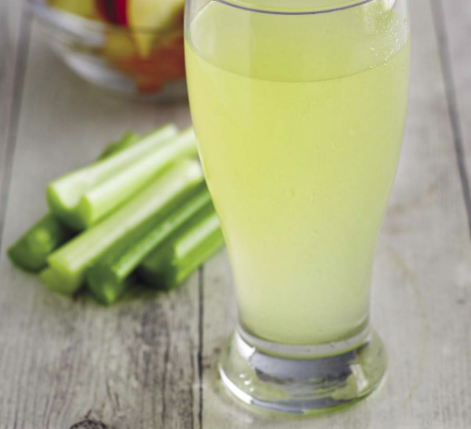 Celery is one of the most underrated vegetables in the grocery store. It’s quite nutrient-rich in vitamins — A, C, and K — minerals — calcium, magnesium, phosphorous, and potassium — and is also a source of dietary fiber. Celery is also a great source of super-healthy sodium, with one large stalk offering up 51.2 milligrams. Celery is also a versatile plant-based ingredient. Use it to make vegetable stock. Add it to your afternoon regimen, as an incredibly low-carb, raw snack. Juice it such as in this Celery Sunshine beverage or this Magical Celery Juice for Beginners. Try bulking up soups and stews with this neutral flavored, sodium-rich veggie such as in this One Pot Lentil Stew or this Savory Split Pea Soup, 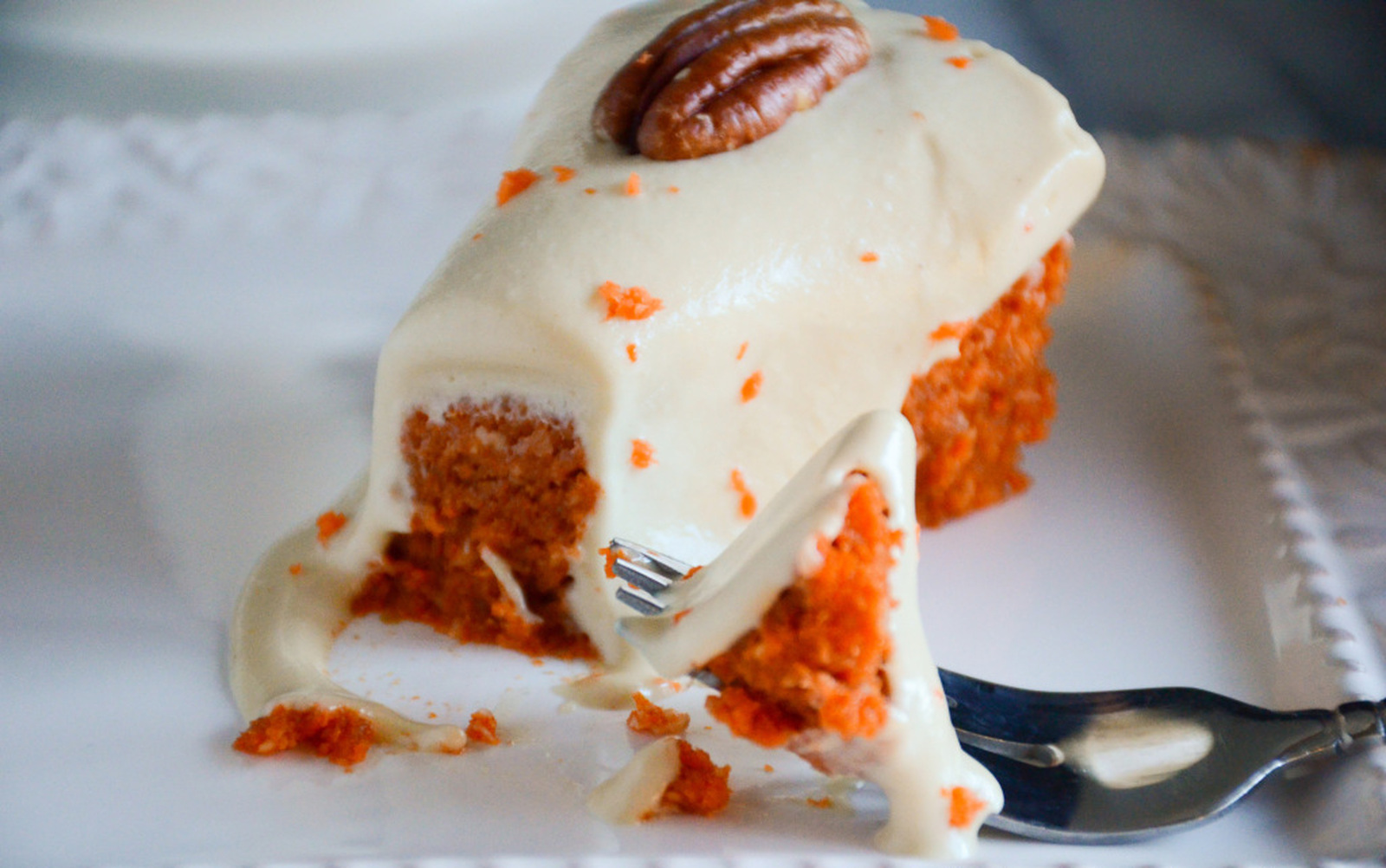 You may be familiar with carrots for their well-known beta carotenoids — powerful antioxidants that are known for their eye health benefits — yet did you know that carrots are also a great source of natural sodium? One cup of chopped raw carrots has 88.3 milligrams of sodium, along with over 21,000 international units of vitamin A and over 7 milligrams of vitamin C, both of which are components that fight inflammation. Carrots are a wonderful ingredient for naturally sweetened dessert recipes. That same cup of chopped carrots has a little over 6 grams of sugar. Try out a few of these carrot-based dessert recipes: Carrot Sponge Cake with Cashew Cream, these simple Carrot Cookies, or this traditional Double Decker Carrot Cake. 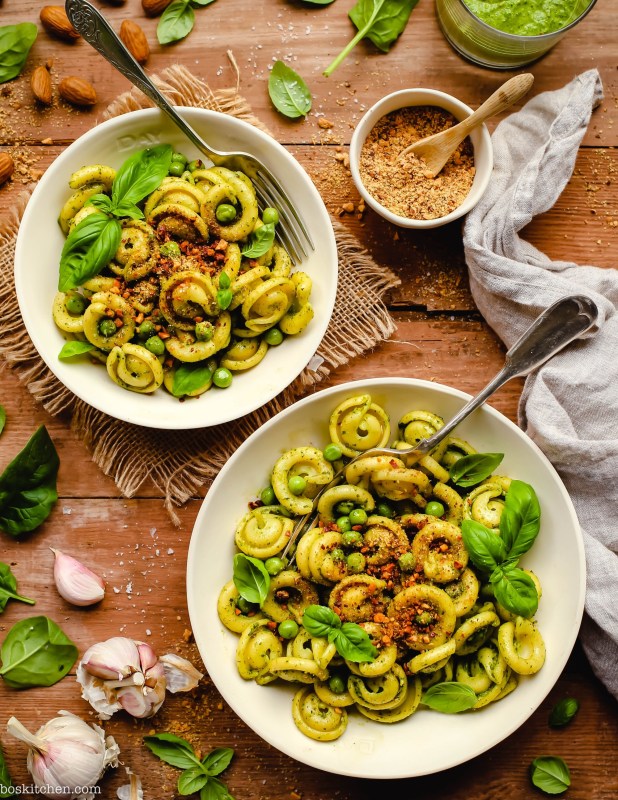 When it comes to naturally sourced sodium, spinach is a powerhouse. One cup of raw chopped spinach has a whopping 72.8 milligrams of sodium. Yet, spinach is also one of the richest plant-based sources of calcium, magnesium, and vitamins A and C, while also being incredibly low in sugar, carbs, and fat. Plus, spinach is one of those universal veggies that can be integrated into almost any meal of the day. For breakfast, try this Spinach and Almond Feta Breakfast Wrap or these Scrambled ‘Eggs’. For lunch, pack this Green Smoothie or this Strawberry Beet Cinnamon Smoothie. End the day with a hearty spinach-based meal such as this Spinach Pesto Pasta with Amond Parmesan or this Indian Spinach and Chickpea Curry. 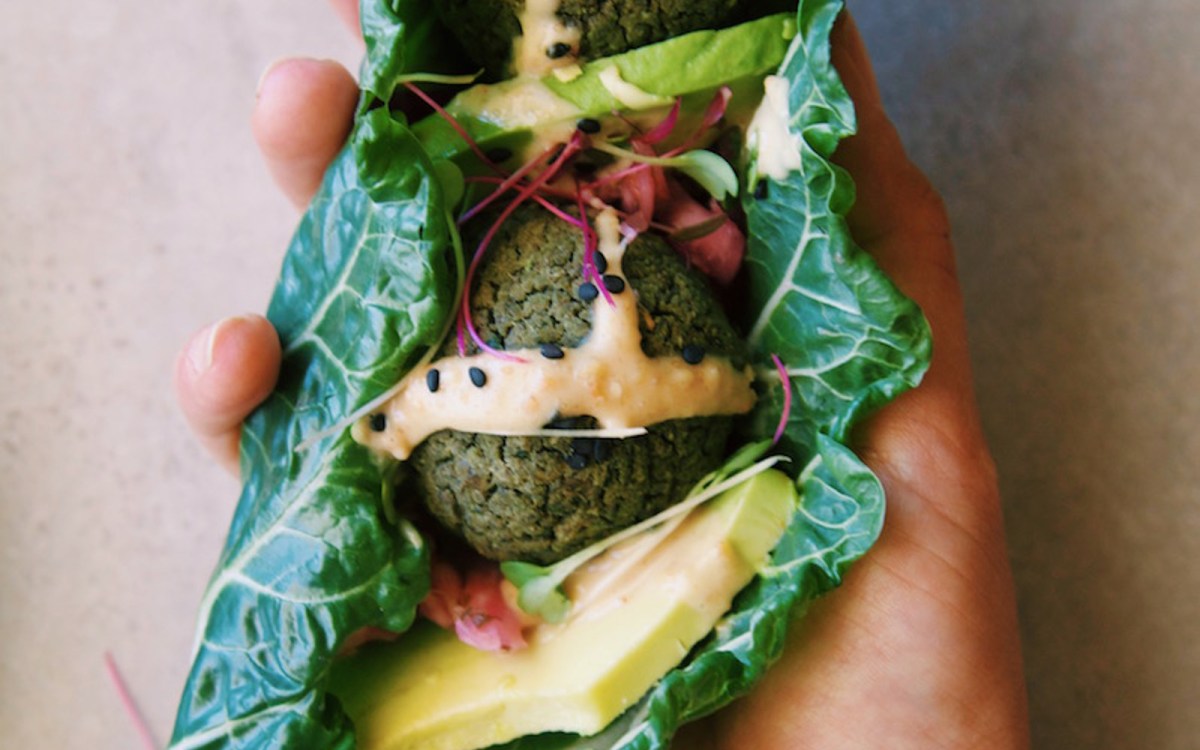 If spinach just isn’t your jam, try swiss chard. This dark leafy green comes in multiple varieties and has some of the heartiest leaves next to cabbage. It’s also rich in antioxidants, as well as natural sodium, with one cup of raw swiss chard offering up over 76 milligrams of sodium. Swiss chard is also a great source of vitamin K, calcium, magnesium, and folate. Due to its hearty design, swiss chard is best consumed when baked or cooked down, such as in this Rainbow Chard and Garlic Scape Fettuccine or this King Ranch Casserole, or used as a wrap, such as in these Lentil Ball Wraps With Spicy Peanut Sauce.

Reducing your meat intake and eating more plant-based foods is known to help with chronic inflammation, heart health, mental wellbeing, fitness goals, nutritional needs, allergies, gut health, and more! Dairy consumption also has been linked to many health problems, including acne, hormonal imbalance, cancer, and prostate cancer, and has many side effects.

For those of you interested in eating more plant-based, we highly recommend downloading the Food Monster App — with over 15,000 delicious recipes it is the largest plant-based recipe resource to help reduce your environmental footprint, save animals and get healthy! And, while you are at it, we encourage you to also learn about the ecological and health benefits of a plant-based diet.