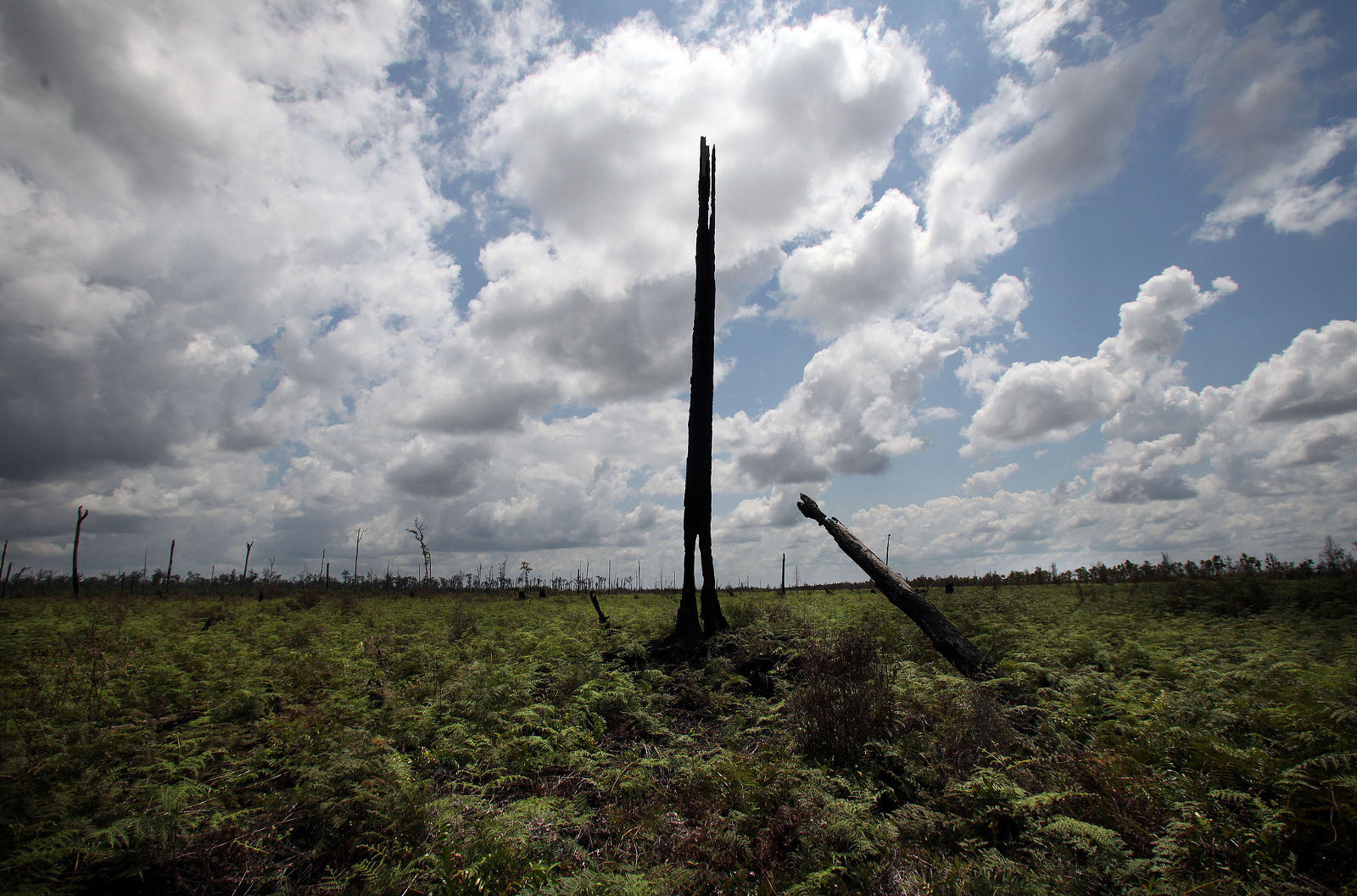 The Southeast Asian country of Indonesia is not mentioned very often in the mainstream media, but what is happening there could soon begin to alter the fate of the world as we know it. Composed of over 17,000 islands (8,000 of which are inhabited), with 300 different languages being spoken across them, this country has long been renowned for its rich cultural heritage and the astounding diversity of its wildlife. In fact, Indonesia currently boasts the world’s second highest level of biodiversity!

The Leuser Ecosystem, situated on the Indonesian island of Sumatra, is a particularly vital area. It occupies some 6.5 million acres of tropical rainforests and peat swamps and is considered to be one of the most ancient forested areas on the planet. Lindsey Allen, executive director of Rainforest Action Network (RAN) has described it as “one of those almost mythic natural wonders that defies the imagination with its diversity and abundance of life.”

Sadly, however, this ecosystem, as well as many others across the islands of Indonesia, are under severe threat … and if the ecosystems are allowed to collapse, this could have an adverse effect on the planet as a whole. 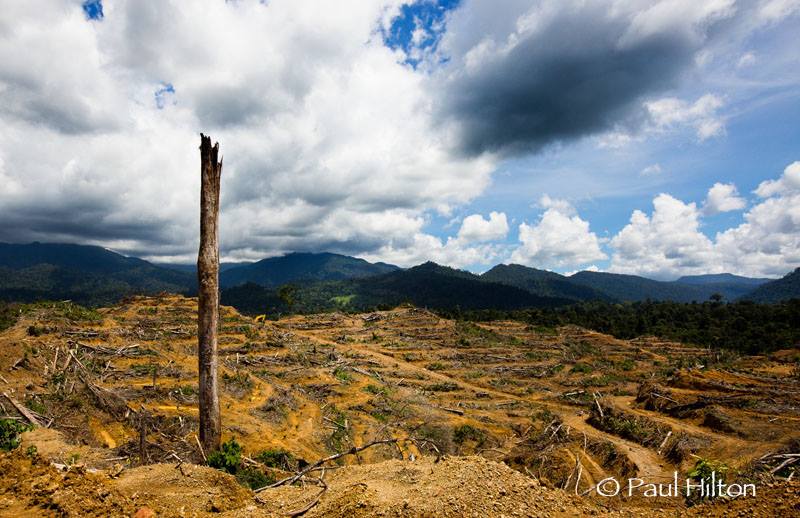 Illegal logging in Indonesia has recently emerged as an enormous threat to the country’s rainforests. Primarily driven by consumer demand in developed countries, this underground industry is estimated to account for 73 to 88 percent of the country’s deforestation. Between 1990 and 2005, more than 28 million hectares of rainforest were lost. Luckily, a number of rural villages are now beginning to say “no” to deforestation, instead coming up with innovative new ways to support themselves and their families while also conserving their forests. These efforts need to be acknowledged and encouraged. Because Indonesia is the world’s second-most biodiverse country, halting the systematic destruction of its wildlife could make a huge difference in the fight to prevent our planet’s sixth mass extinction event.

Another extremely pressing threat to the survival of Indonesia’s rainforests is palm oil production. Rainforest Rescue estimates that 90 percent of the world’s palm oil is produced in Indonesia and Malaysia. The production of this commodity – which is used as an ingredient in approximately 50 percent of everyday consumer products – involves cutting down the ancient tropical rainforests that have long served as a home for a vast array of animal species, including orangutans, rhinos, tigers, and elephants. Between 2011 and 2012 alone, 8,000 square miles of rainforest were cleared in Indonesia to make way for palm oil plantations. 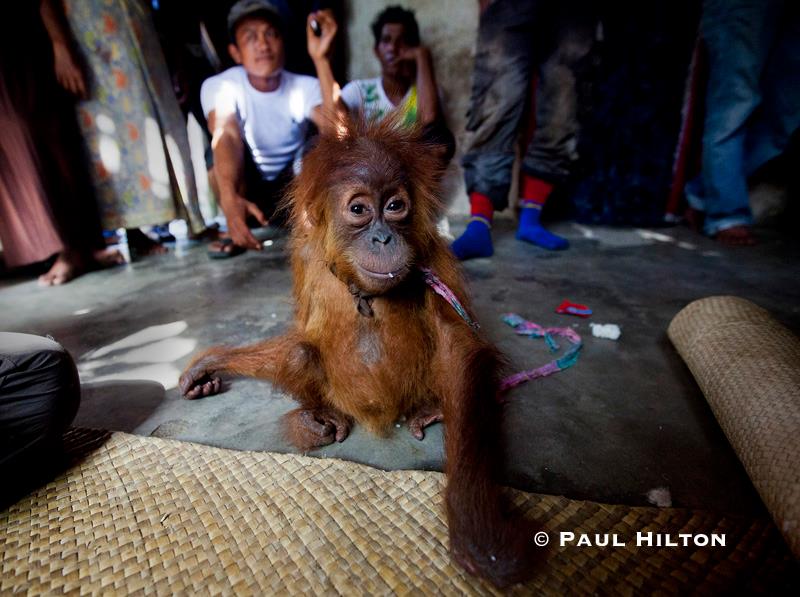 One of the most common methods of clearing the forested areas of Indonesia is to simply set them alight. Throughout the second half of 2015, a number of devastating fires ripped through islands such as Borneo, Sumatra, and Papua. This led an untold number of endangered animals losing their homes, in addition to seriously endangering the health of local children and families.

Zamzami Arlinus, a media campaigner for Greenpeace, visited a town called Pontianak on the island of West Kalimantan, and observed that during the mornings, “visibility reached out to only about 50 meters; more than 12 students aged between 15-17 at a vocational school fainted, unable to breathe properly; and the Air Pollution Index (API) reportedly passed 1,000 (PM10) making Pntianak effectively the most polluted city in all of Indonesia.” Needless to say, the proliferance of harmful forest fires in Indonesia is closely linked to a massive rise in greenhouse gas emissions – which leads right into our next point…

Indonesia is listed by the World Resources Institute as one of the top ten heaviest polluters in the world, largely because of forest fires. In fact, last October, it was estimated that burning forests and peatland accounted for a whopping 97 percent of the country’s greenhouse gas footprint. Dr. Bill Hare, Climate Analytics founder and CEO, has explained: “The problem that we see in Indonesia with essentially unrestrained deforestation going on is a bad message for the world. If we can’t really control deforestation in this region, who’s going to be next? It would be a signal that countries can get away with this kind of deforestation without any real constraint.”

In one sense, the ongoing desecration of Indonesia’s rainforests is just another crisis in a long line of human-created ecological disasters that are steering us toward our own demise as a species … unless we wake up and take action before it’s too late.

We are now facing a phenomenon of worldwide climate change, caused by the soaring levels of greenhouse gas emissions generated by human industrial activity in recent decades. This is causing glaciers to melt, pushing sea levels upward, damaging the planet’s protective ozone layer, and acidifying the world’s oceans. Last month, it was revealed that we may even have canceled the next ice age, which was due to take place in 50,000 years! Earth has lost 52 percent of its wildlife in the past forty years alone, while it is estimated that a combination of rampant overfishing and plastic pollution will render the oceans empty of all life by the year 2048.

It seems that we as humans like to convince ourselves that we are at the top of the food chain, and have the unassailable right to consume as much of the Earth’s resources as we possibly can, never giving a thought to the needs of other species on the planet … or even future generations of human beings. But the truth is that by systematically killing off every other animal on the planet in an effort to assert our “superiority,” and destroying ancient rainforests for the most trivial reasons you could imagine, we are ultimately killing ourselves.