What Does This Tragic Photo of a Baby Elephant Mourning His Mother Have to do With Your Snacks? 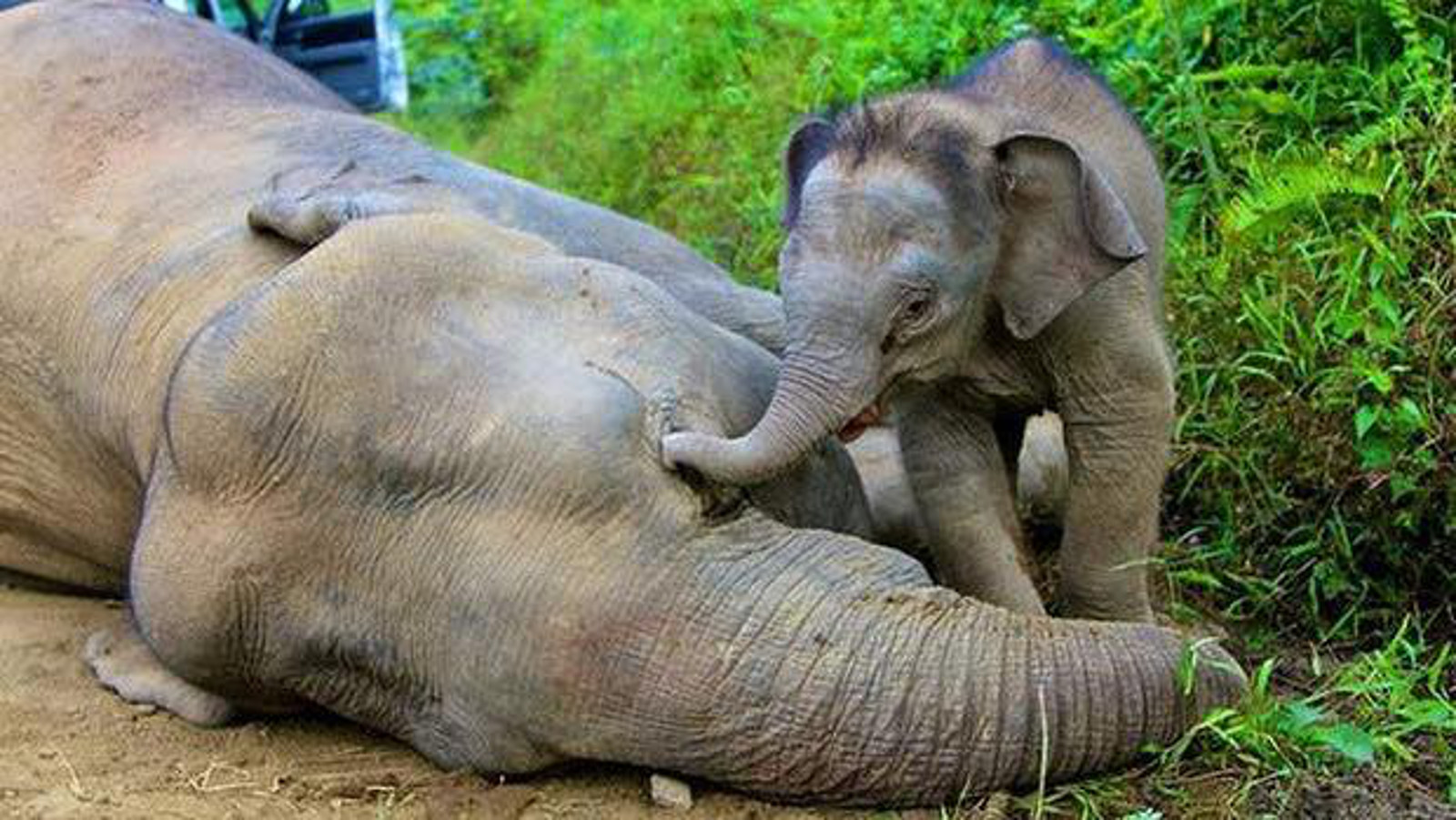 In recent years, orangutans, Sumatran tigers, Sumatran rhinos, and pygmy elephants – all of whom can be found in the Leuser Ecosystem of Sumatra – have been pushed to the brink of extinction because of the palm oil industry. As vast swathes of rainforest in both Sumatra and the neighboring island of Borneo are razed to the ground in order to make way for palm oil plantations, large numbers of these animals have lost their lives, their families, and their homes. While the plight of the orangutans living in these areas has been increasingly pushed to the forefront of public attention, thanks to dedicated organizations such as International Animal Rescue (IAR) and The Orangutan Conservancy, the fate of the pygmy elephant is less well-known.

Pygmy elephants – also known as “dwarf” elephants, due to their small size – are extremely rare, with only 1,500 remaining in the rainforests of Borneo. The World Wildlife Foundation (WWF) says, “Borneo’s elephants are a high conservation priority, yet they remain the least understood elephants in the world. Shrinking forests being the elephants into more frequent contact with people, increasing human-elephant conflict in the region. New palm oil plantations in the area mean more human settlements, with some people setting illegal snares to catch small game. In the Lower Kinabatangan Wildlife Sanctuary, it is estimated that 20 percent of resident elephants have sustained injuries from these snares.”

Tragically, pygmy elephants have even been poisoned to death by greedy palm oil producers who wish to steal their lands … and the terrible results of this can be seen only too well in this photograph. It depicts an orphaned pygmy elephant desperately attempting to wake his dead mother, who has been poisoned by people working on the behalf of the palm oil industry.

A more heartbreaking sight than this could hardly be envisaged. 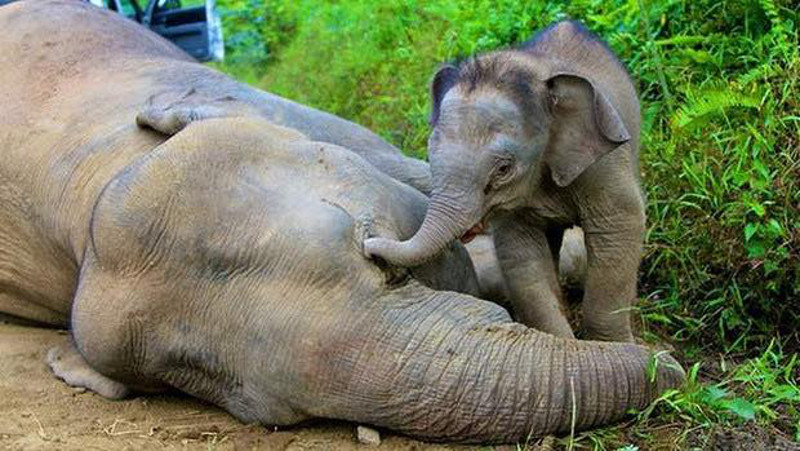 In response to this photo, conservation group Elephants DC said, “Like humans, elephants grieve – and when they mourn they weep with salt tears – just like our own. In 2013, this mother was one of 10 endangered Borneo pygmy elephants found dead in Malaysia’s state of Sabah on the Borneo island. She was poisoned. At the dawn of 2016, the situation has only gotten worse with henchmen setting fire to primary forest to make run for even more palm oil plantations.”

So what can you do to help animals like this grieving baby elephant? Quite simply, you can ensure that you are not contributing to the worldwide demand for palm oil. This substance can be found in a wide array of snacks and other consumer products such as cleaning fluid, soap, and dog food. However, products without palm oil are readily available, and with just a little bit of effort, it is easy to ensure that your lifestyle does not contribute to the deaths of innocent animals like the baby elephant’s mother.

You can find out how to eliminate palm oil from your life with the help of the articles below: