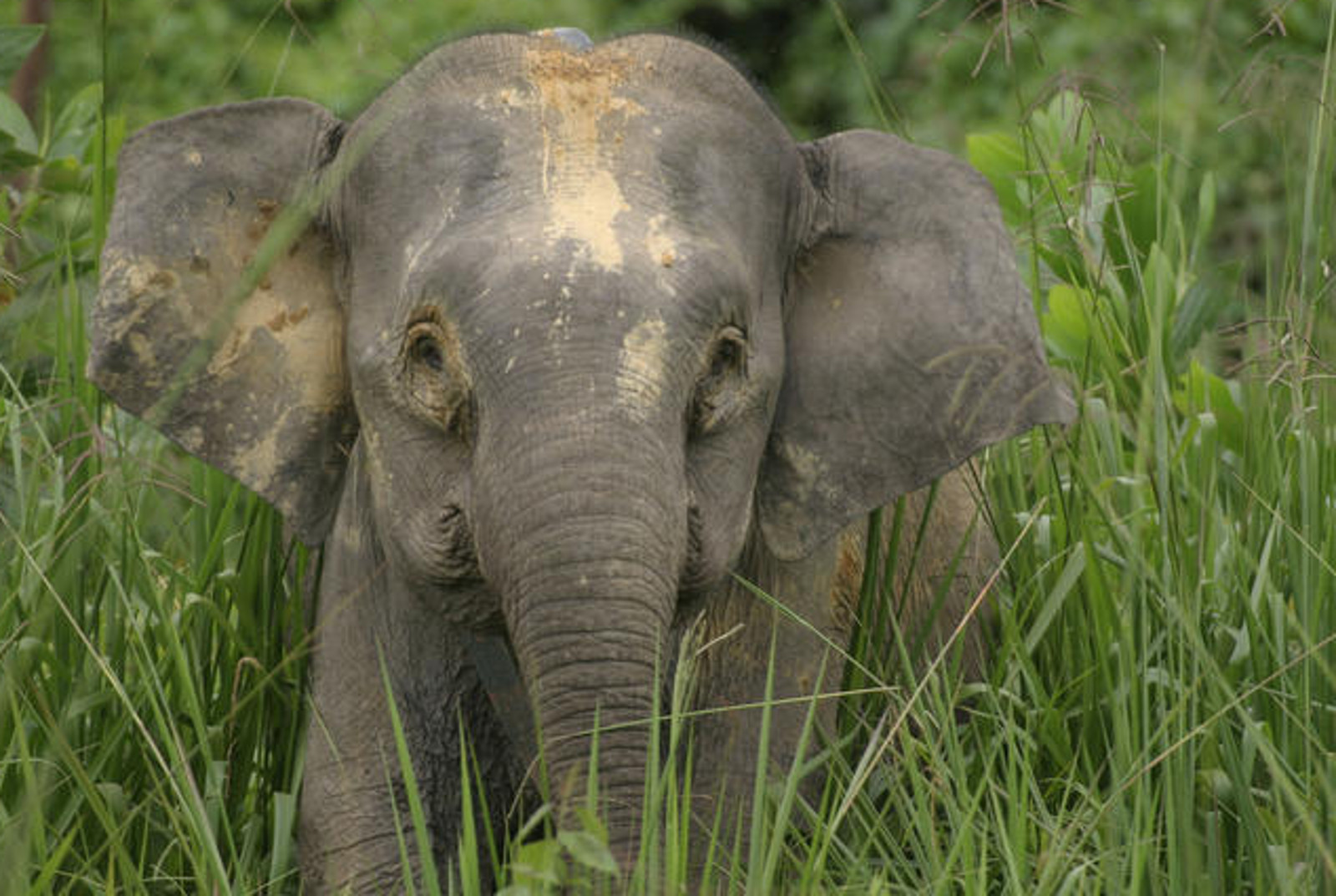 Palm oil production involves the clear-cutting of native rainforests in the tropical areas where palm fruit thrives. Deforestation related to palm production runs rampant in Indonesia and Malaysia. According to Rainforest Rescue, 90 percent of the world’s palm oil is produced in Malaysia and Indonesia. Between 2011 and 2012, 8,000 square miles of forest was cleared in Indonesia, primarily for palm oil production. Recognizing the high demand and high profits that are associated with palm oil, the industry has stopped at little to produce as much of this commodity as possible. Sadly, this high pay-off for palm producers comes at a high cost to the environment and animal species where palm oil is grown.

Of these animal species is the Bornean pygmy elephant.

When an animal is identified as a “pest” or threat to palm production, they are subject to the cruel retribution of palm producers. Despite the high price large corporations, like Cargill, receive for their palm oil, the people who work in palm oil fields are poorly compensated. It can take up to three years for a palm oil plant to bear fruit for sale, meaning farmers have even more motivation to kill any animal that is considered a threat to their crops.

According to Rainforest Rescue, hunting or killing pygmy elephants is subject to a fine and up to five years of jail time under Malaysia’s Wildlife Conservation Law. However, these elephants are still greatly endangered by human-wildlife conflict.

Rainforest Rescue reported on the apparent poisoning of 14 pygmy elephants, all members of the same family, in Sabah, Malaysia. Laurentius Ambu, director of the local conservation authority told Rainforest Rescue, “The elephants ate rat poison. That’s how the plantation workers prevent the animals from eating the fruit of the oil palm.”

The sheer number of elephants who were killed by the poison in such a small area raised serious alarm for the conservation community. The image of a baby elephant trying relentlessly to wake his dead mother made the news, providing a visual referent for the pain and suffering felt by the animal victims of palm oil. 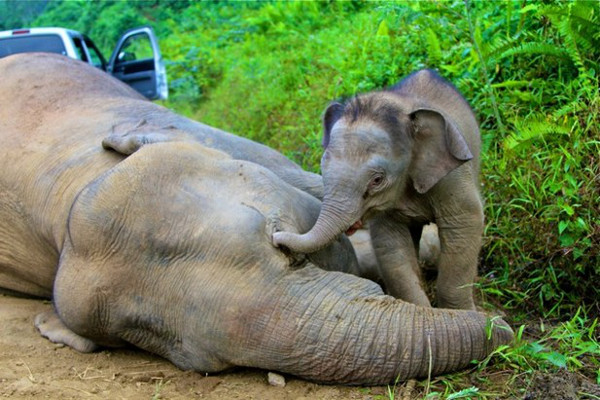 According to Rainforest Rescue, “Sabah’s authoritarian ruler Musa Aman has been profiting from the clearing of rainforests and the illicit timber trade for years. He and his clan grant illegal logging and export permits in exchange for substantial bribes,” in addition, “They then allow the planting of palm oil plantations on the cleared land – even in protected areas.”

Aman is also the Chairman of the state owned, Yayasan Sabah Group, which was created to promote the development of Sabah. The group holds concessions to over one million hectares of forest in Sabah. In 2012, Yayasan Sabah began clearing an area of 70,000 hectares for palm oil plantations, a project that will take three years to complete.

While the relation between the poisoning of these 14 elephants may not be indefinitely tied to Yayasan Sabah, it does not seem to be a far stretch. The pygmy elephant is considered a protected species, it seems that there is very little actual protection afforded these animals.

In the region of Sabah, where palm production is ubiquitous, around eight to 15 elephants are found dead, either poisoned or shot every year, especially where forest fragmentation is high. Most of these deaths go unreported because they are single deaths or considered isolated incidents. The death of 14 elephants in Sabah, however, only received a lot of attention because save for the one baby left trying to awaken his mother, an entire herd of pygmy elephants was killed.

The news of the death of these elephants put a huge negative spotlight on Sabah. Rainforest Rescue launched their campaign, “Malaysia sacrifices its elephants for palm oil,” in 2013 and has seen more than 100,000 people stand up in support. But while this single campaign has been successful, it is still essential that continued international pressure is put on the Sabah government to uphold and enforce the laws that protect species like the pygmy elephant, not ignore and exploit them.

The poisoning of pygmy elephants for palm oil production demonstrates the greater need for consumer awareness. The higher the demand is for palm oil, the more likely that human-wildlife conflict related to the industry will occur.  The pygmy elephant is critically endangered and the stakes for this specie’s survival are too high for another instance like this to happen again. And the same can be said for the many other animal species who are currently fighting to survive in Borneo and other nations plagued by palm oil production.

It is clear that the corrupt local government is not willing to take any immediate, effective action to prevent the future death of pygmy elephants or other animals, but that doesn’t mean that YOU can’t make a difference.Sign this petition to Malaysia’s Prime Minister and Chief Minister to renew their protection of the rainforest and the animals that call it home.

You can also make a difference by stopping your personal consumption of palm oil. The palm oil produced in Sabah and other nations in Malaysia and Indonesia is exported to the U.S. Around 50 percent of all consumer goods in the U.S. contain palm oil, meaning when you purchase them you are indirectly supporting deforestation and the death of countless animal species in the areas where palm oil was produced.

When you stop buying palm oil, the demand for this good lessens and corporations have no choice but to clean up their supply chains or make a change. Removing palm oil from your lifestyle is easier than you might think. Check out these resources to help you along the way and remember, you might not be able to control the decisions of the Sabah government, but you can control your own!