Shocking Photos That Illustrate the Reality of Deforestation

Thirty-one percent of the planet’s land mass is covered with forest. The literal lungs of our world, these forests provide us with vital oxygen, pull harmful carbon dioxide from the atmosphere, and allow life as we know it to exist. It may seem shockingly obvious that the survival of the world’s forests is inextricably linked to our own survival, however, the way human beings treat the world’s forests it would seem this is not the case.

Deforestation is a global phenomenon driven by human industry. Clear-cutting forests to produce wood for the timber industry, to make space for palm oil plantations, or to create more space to grow feed for livestock, is rapidly eliminating the world’s forests.

On a global scale, deforestation is responsible for about 20 percent of greenhouse gas emissions – that’s more emissions than the entire global transportation sector. And the sad fact is the majority of this deforestation is the result of reckless, unchecked industries that are more concerned with their own bottom line then the potential end of the line for any of the world’s species (humans not excluded!). Deforestation is one of the driving factors behind the sixth extinction, and many of the world’s species are disappearing faster than we could have ever imagined.

For the most part, deforestation does not occur right in front of our faces, but occurs in forests across the world that many of us will never see. However, more than ever it is important to realize that our consumer choices right here in the United States drive global deforestation rates. By taking a look at the impact that our decisions have across the world, perhaps we can also understand how pertinent it is that we make a change.

Every second, an area of forest equivalent two football fields is cleared somewhere on the planet. 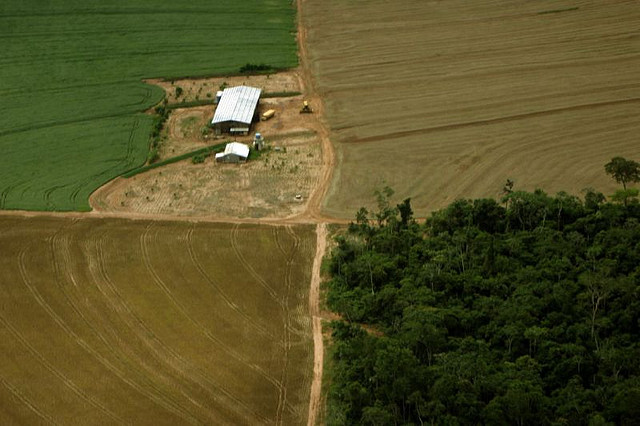 That number equates to an area of deforestation the size of New York City everyday. 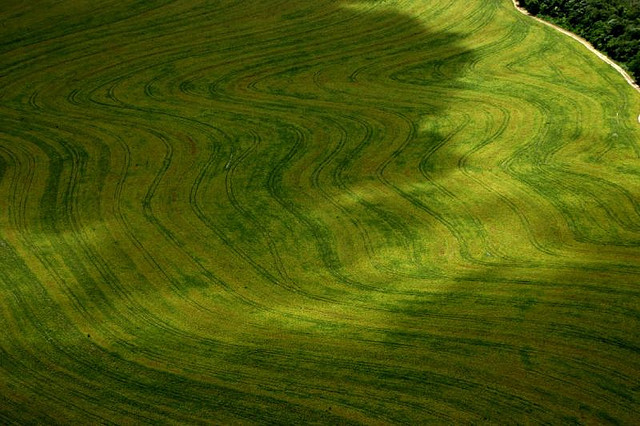 Approximately 137 species of plants, animals, and insects go extinct every day due to deforestation. Averaging 50,000 species a year! 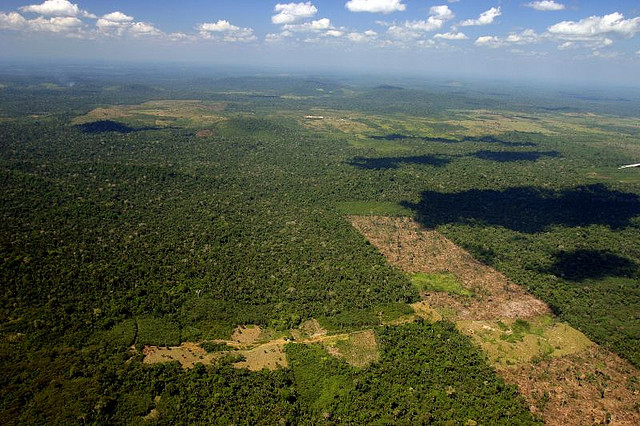 Between 2011 and 2012, Indonesia lost 8,000 square miles of forest. The leading cause of deforestation is palm oil production. 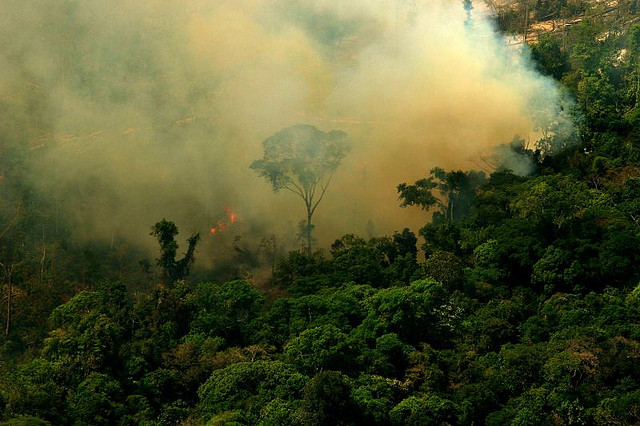 Deforestation for palm oil production in Borneo and Sumatra has lead to the loss of 90 percent of the Orangutan species’ natural habitat. 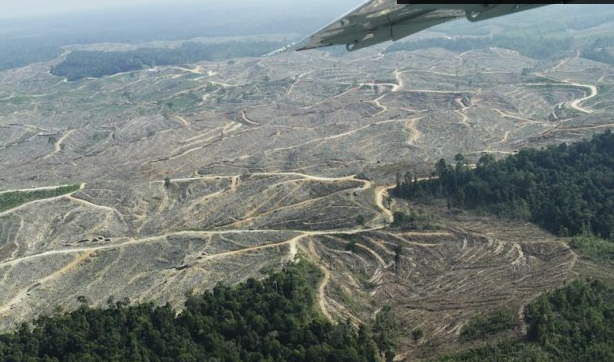 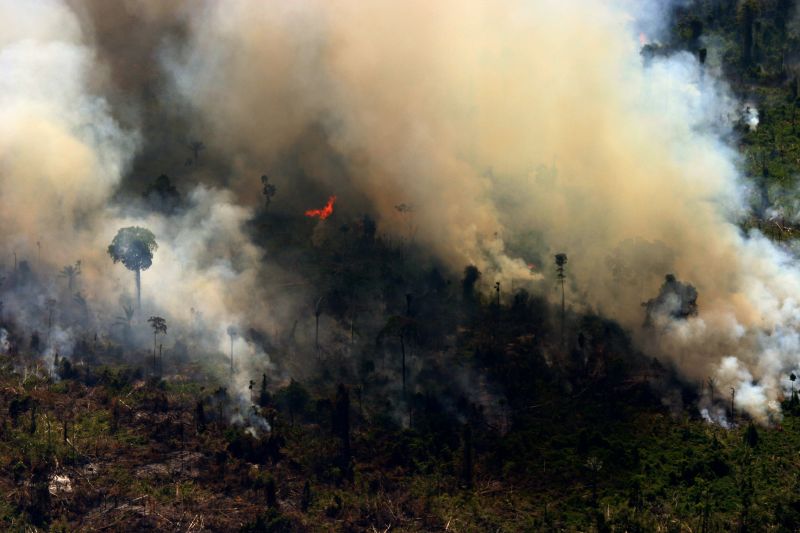 Between 40-60 percent of timber production in Indonesia stems from illegal logging. 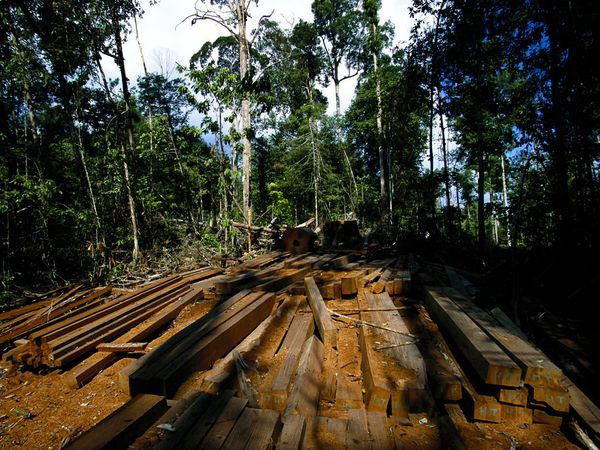 An estimated 50,000 orangutans have died due to deforestation over the past two decades. 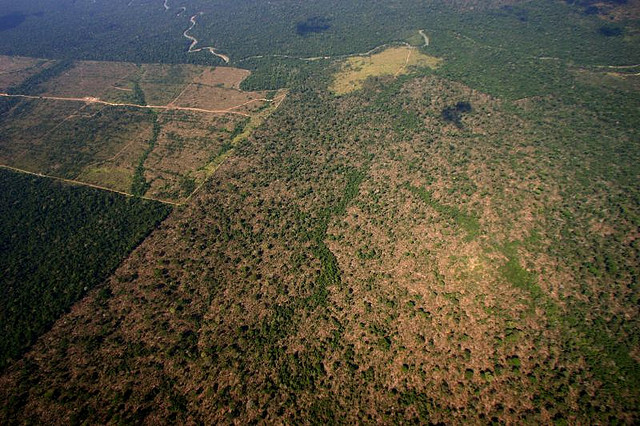 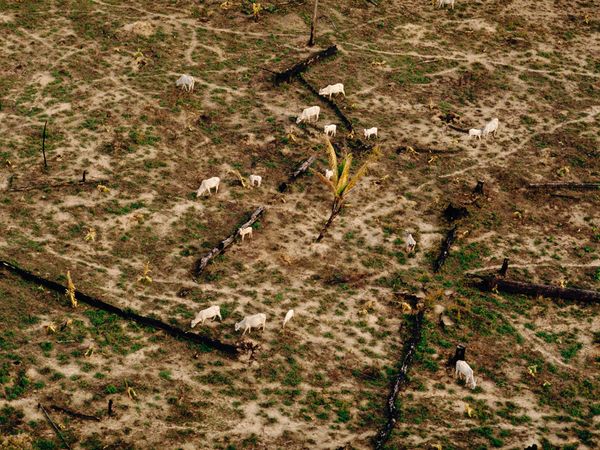 The Atlantic coast of Brazil has lost 90-95 percent of it’s rainforest. 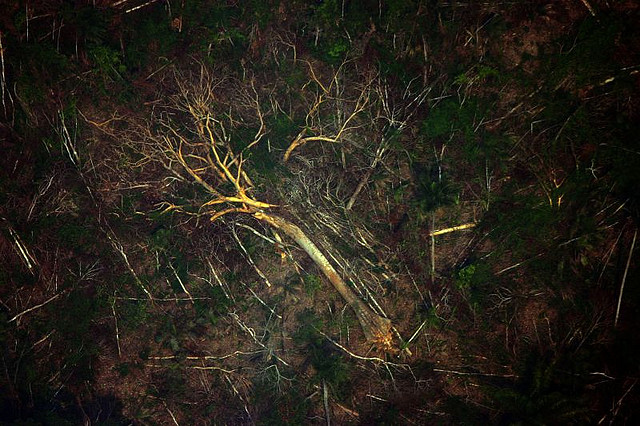 In 2013, three acres of forest were chopped down every minute in Gran Chaco. The Gran Chaco region of South America is second only to the Amazon for biodiversity. 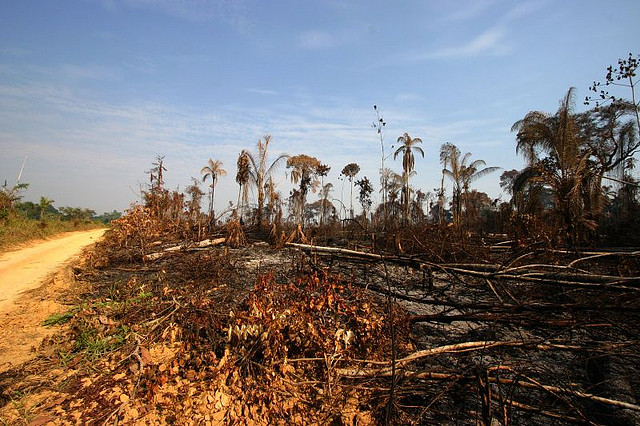 This massive amount of deforestation in Gran Chaco is driven by soy production. The majority of this soy is sold for livestock feed. 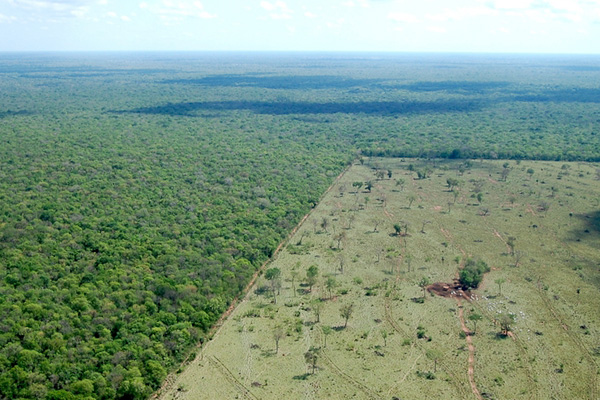 80 percent of cultivated land in the Paraguayan region of Gran Chaco is covered with soy plantations. 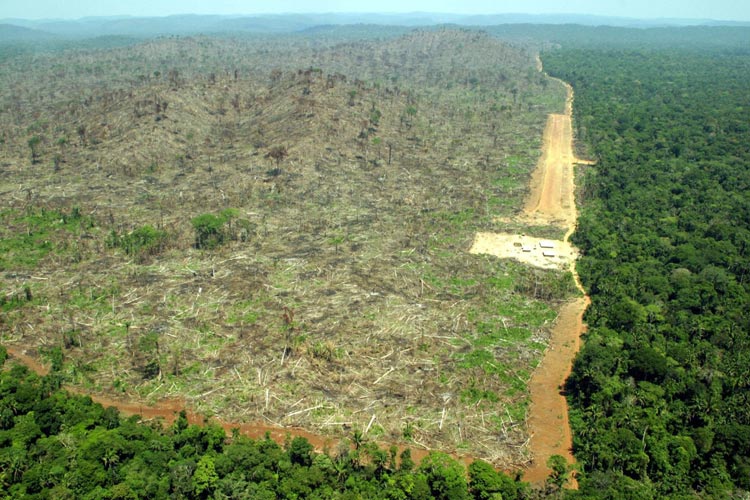 We are sacrificing the earth’s lungs for petty industry. It is time to rethink our consumption habits before these lungs collapse entirely. 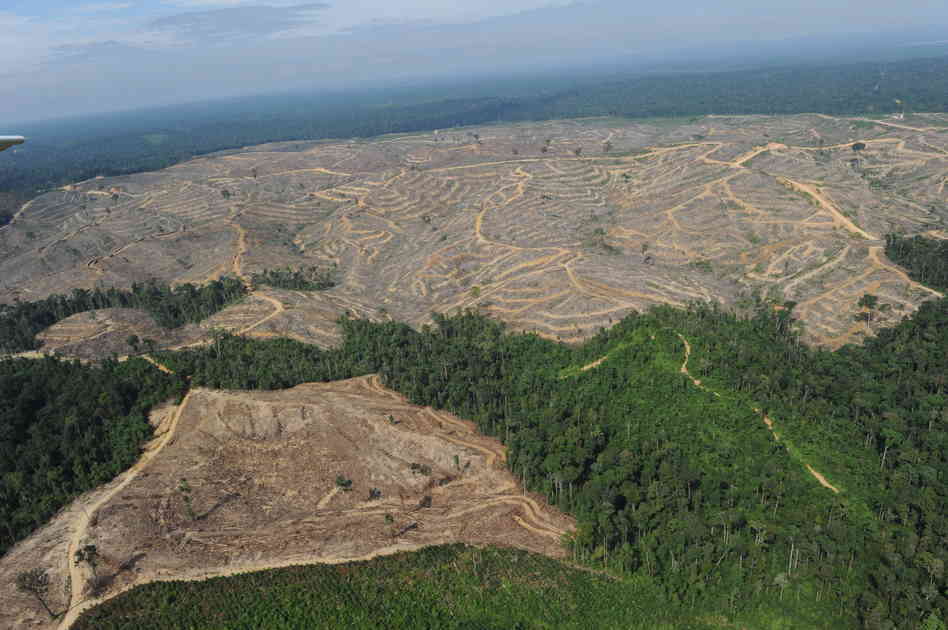 To learn how you can remove your consumption habits from this vicious practice check out these resources: