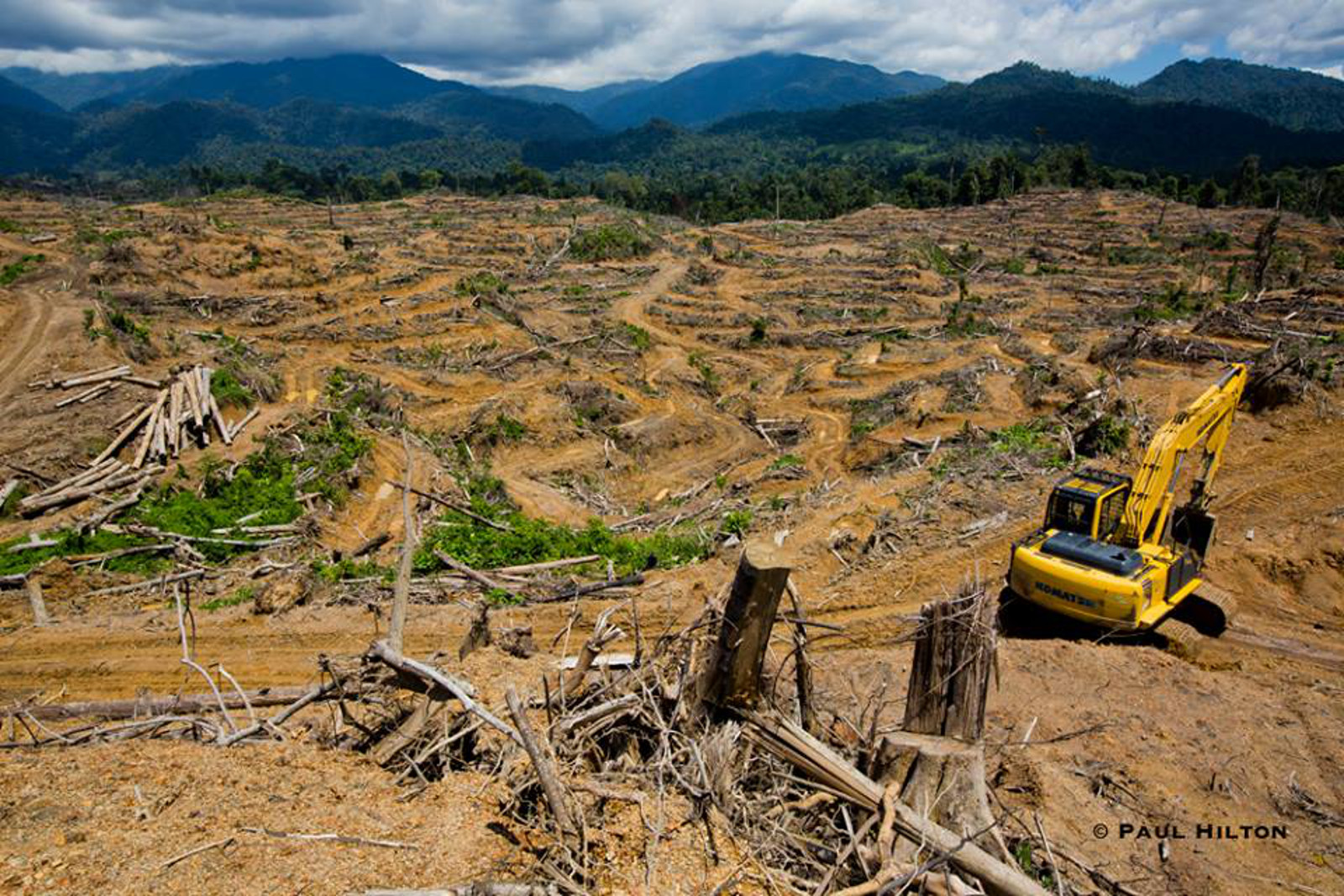 Orangutans are incredible animals. They share about 97 percent of the same DNA as humans and are very similar to us in many ways. Like humans, orangutans share deep bonds with their babies and, with the exception of bachelor males who leave to find mates, orangutan families stay together for most of their lives. These primates have been known to show empathy; they can learn sign language, and they even use tools, fashioning umbrellas out of leaves and digging for food with straws. And while we know so much about these animals, there is still so very much we don’t know about the true extent of their intelligence. But sadly, the future of this species is being compromised by our own actions.

Orangutans are native to the Indonesian islands of Borneo and Sumatra. Being that they are an arboreal species, they are dependent on the lush rainforest environment for their livelihood. Tragically, the area of rainforest across these islands has declined by over 80 percent in the past two decades alone, primarily because of  palm oil production.

This photo was taken in Sumatra’s Leuser Ecosystem, the “Orangutan Captial of the World.” 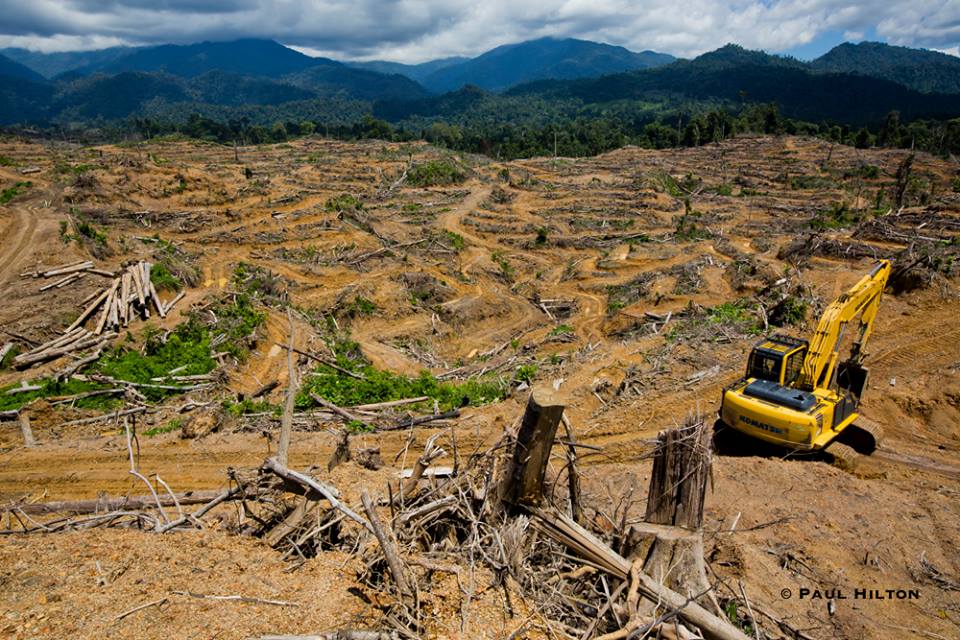 Palm oil has gained popularity due to the fact that it is cheap, versatile, and, unlike other oils, it is shelf-stable. Because of this, palm oil can be found in about 50 percent of all consumer goods; as the demand for this cheap oil rises, so does the rate at which the orangutan loses its home. It’s currently estimated around 300 football fields of rainforest are leveled to make way for palm oil plantations every hour.

Without the rainforest, orangutans are forced onto palm oil plantations where they are viewed as “pests” and either shot point blank, or captured and sold into the illegal wildlife trade. If their habitat continues to be destroyed, they have little to no chance at survival and scientists estimate they could be extinct from the wild in the next 20 years. The above image drives home the harsh reality of how our consumption habits can alter the entire world for animal species. World Wildlife Fund estimates that a century ago, there were around 230,000 orangutans across Borneo and Sumatra, today there are around 45,000 in Borneo and a shocking 7,500 in Sumatra.

Given the dire straights facing orangutans, captive breeding programs have popped up in zoos across the world, but we have to stop and ask ourselves what a future where orangutans only exist in captivity would really look like. Do we really want to see a day where concrete enclosures are dubbed the “Orangutan Capital” and rainforests are a faint memory of the past?

As Green Monsters, we have a responsibility to ensure that this sad future does not become a reality – and you can start making that happen right now.

How you can help:

The future of the orangutan is in our hands. Act now to secure a future that is worthy of these amazing animals.