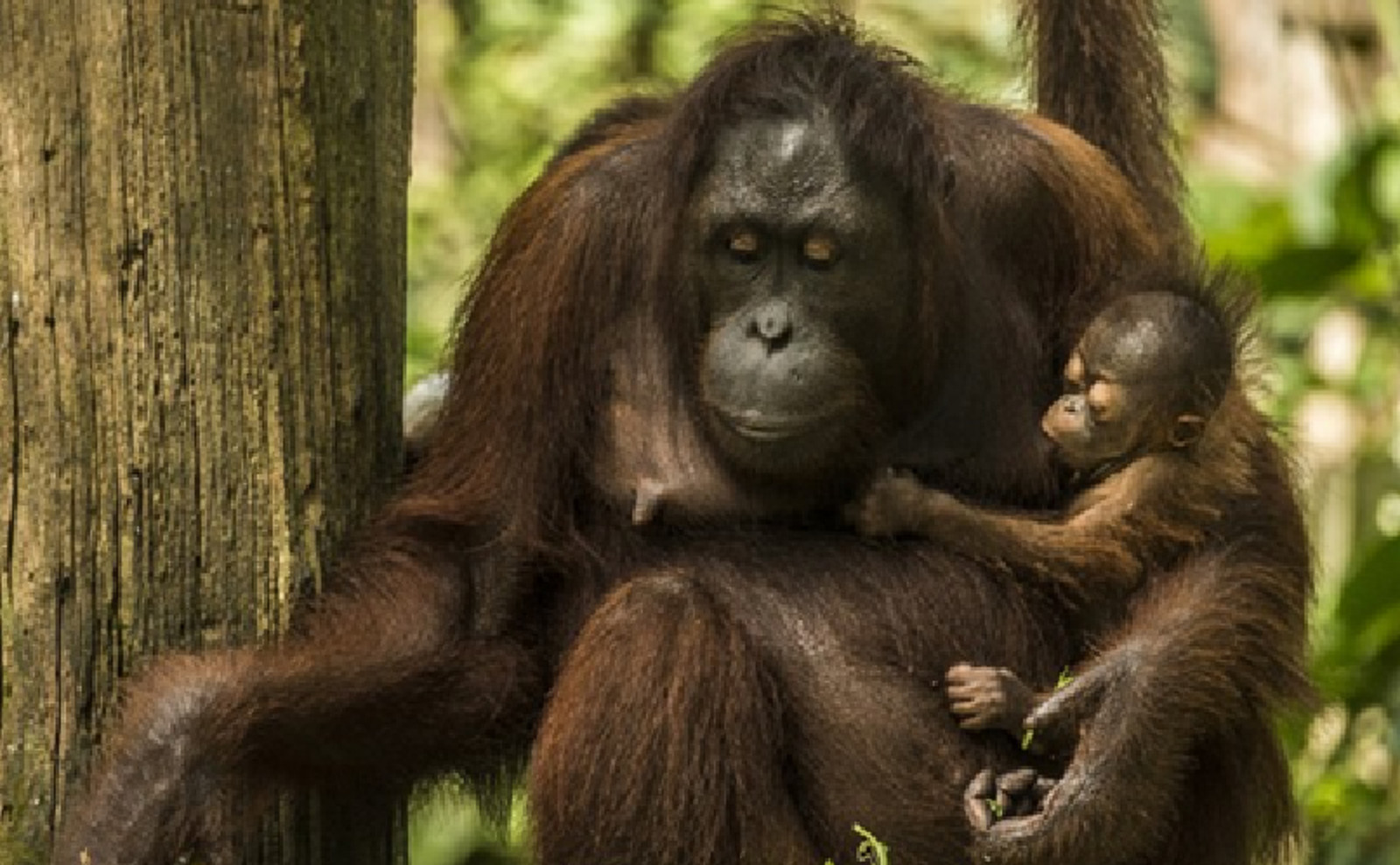 Palm oil is certainly a popular commodity: it can be found in around 50 percent of consumer products, from snack bars to cleaning fluids to pet food. It was even used in the production of toxic napalm during World War II. These days, however, industrial palm oil production is the culprit of widespread environmental destruction in areas such as Malaysia and Indonesia. On the Indonesian island of Sumatra, in particular, the decimation of ancient rainforest to make for way for palm oil production is having a terrible effect on the people and wildlife of this region. Sumatran tigers, pygmy elephants, Sumatran rhinos, and orangutans are all being pushed to the brink of extinction as their homes steadily disappear.

Orangutans’ natural way of life involves spending nearly all of their time in the trees. According to the Orangutan Conservancy, it could be said that they have “four hands instead of two hands and feet,” a trait that makes them “graceful and agile while climbing through the trees but it makes walking on the ground somewhat slow and awkward. That is why the orangutan is at a great disadvantage on the ground and why the orangutan rarely comes down from the treetops. Their food is there, their home is there, and they are safer there.”

These animals have demonstrated an impressive level of cognitive ability in times of either torrential rain or water scarcity – fashioning umbrellas for themselves during the former, and making sponges to soak up water from tree cavities during the latter. In fact, their frequent use of tools to aid them in their arboreal lifestyles has been well-documented. Their natural diet consists of leaves, tree bark, insects, and over 300 varieties of fruit, and these animals also share very close maternal and familial bonds. No doubt about it: they deserve to live wild and free, exactly as nature intended … but sadly, human activity has made this almost impossible.

This picture by Ami Vitale demonstrates exactly how orangutan mothers and babies should be allowed to live … but the image is also tinged with sadness because it was taken in the Sepilok Orangutan Rehabilitation Center in the Malaysian Sabah district of North Borneo. 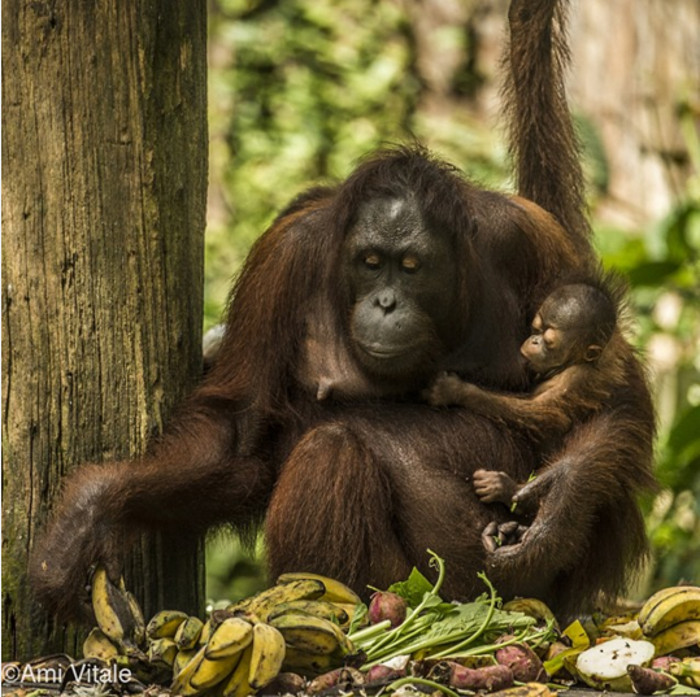 This amazing center was founded in 1964 with mission of rehabilitating orphaned orangutans and preparing them for release back into the wild. The Kabili Sepilok Forest Reserve, in which the centre is situated, currently houses around 60 to 80 orangutans. The team is dedicated to helping all of the orangutans under their care to live as freely and independently as possible … but the fact that this work is even necessary, due to human greed and indifference, is truly heartbreaking. Unless we all wake up NOW and take action to save their rainforest homes, this picture could represent a new order of learning for orangutans in future: one in which they must rely on human assistance in order to survive.

To learn about how you can make a difference, check out the posts below.