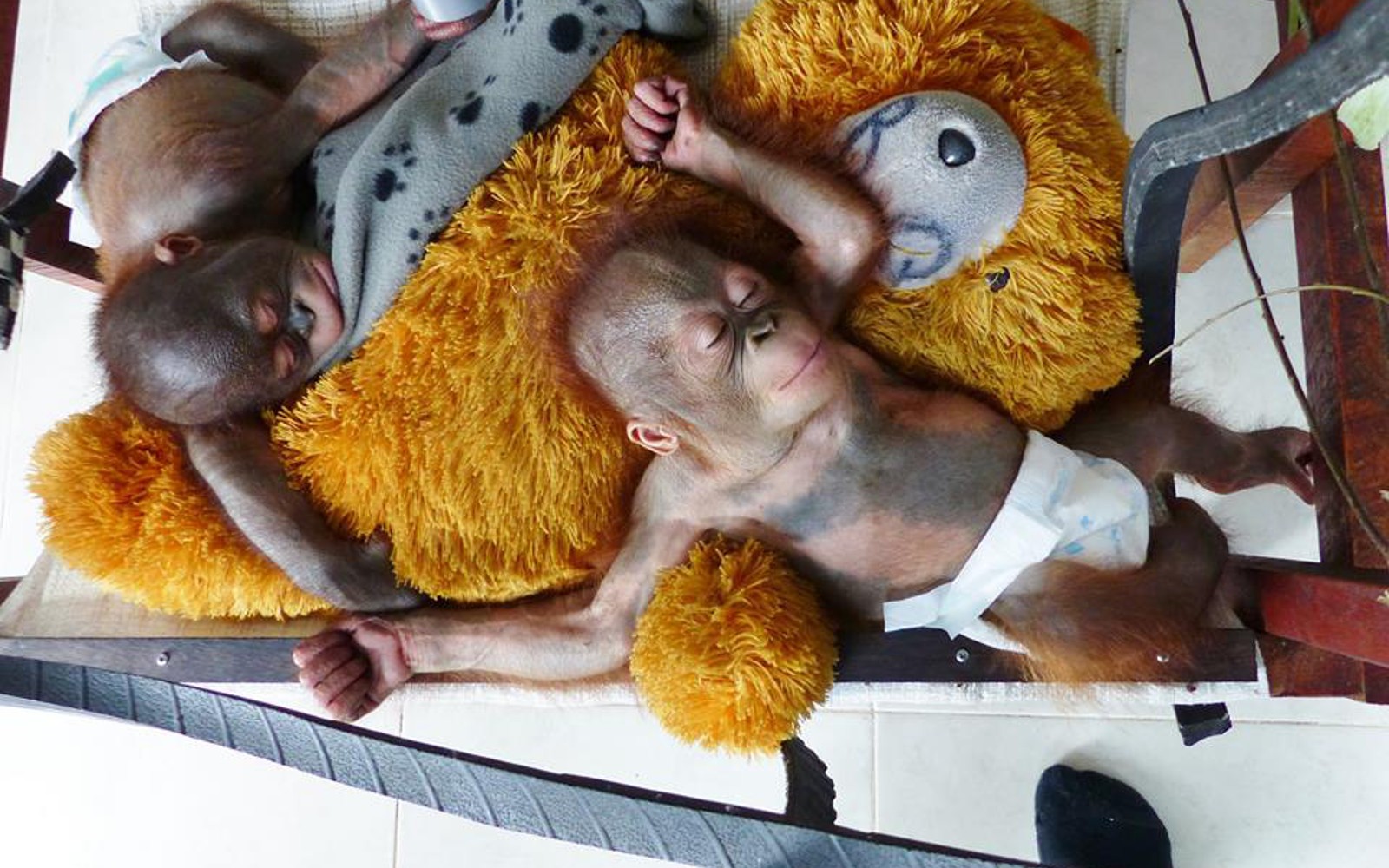 If you’re looking for some cuteness, Green Monsters, you’ve come to the right place … but we have to warn you that in this case, the cute factor is tinged by sadness. International Animal Rescue (IAR) – an incredible organization that fights day in and day out to protect animals threatened by deforestation in Indonesia – posted a photo of two of the baby orangutans in their care. The image features Gito and Asoka, enjoying some rest after a tiring day at baby school – where they were taught the vital skills they will need before being released back into the wild.

Gito was first rescued by the IAR team back in October, after being found dumped in a cardboard box. He was suffering from one of the worst skin infections they had ever seen. Carers feared that he wouldn’t make it – but through a combination of IAR’s expert medical care and Gito’s own unbreakable resilience, this sweet boy eventually began to thrive. Asoka came to IAR weighing just 4.4 pounds. Both babies have now made incredible progress.

IAR said, “Gito and Asoka are usually up bright and early waiting for their 7am breakfast, but this is how our vets found them the morning after their first day in pre-school!” 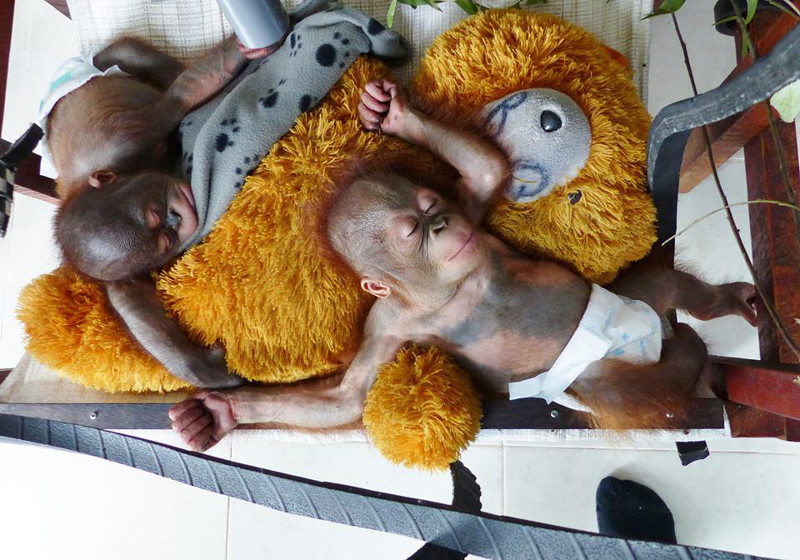 While the photo is absolutely adorable (nobody can argue with that!) the fact that these sweet babies need to be placed in a sanctuary at all – instead of being cared for in the wild, by their own mothers – is heartbreaking. The IAR staff’s commitment to all of the animals who must come to them for help is truly breathtaking, but it is a searing indictment of humanity as a whole that Gito, Asoka, and all of the other orphaned or abused animals under the organization’s care were denied the opportunity to live as nature intended.

Sadly, stories such as these are commonplace for the animals of Indonesia’s diminishing rainforests. 300 football fields’ worth of rainforest are cleared every hour to make way for palm oil plantations. Illegal logging also accounts for approximately 73 to 88 percent of Indonesian deforestation and is driven by demand for wood products in developed countries. Sumatran tigers, Sumatran rhinoceroses, orangutans, and pygmy elephants are all being pushed toward extinction by the systematic devastation of their natural habitats.

To learn more about the work of IAR, visit their website or Facebook page. You can find out how to get involved here, or make a donation using this link. Want to know how you can make a difference in the fight against deforestation? Read up on some of the articles below.