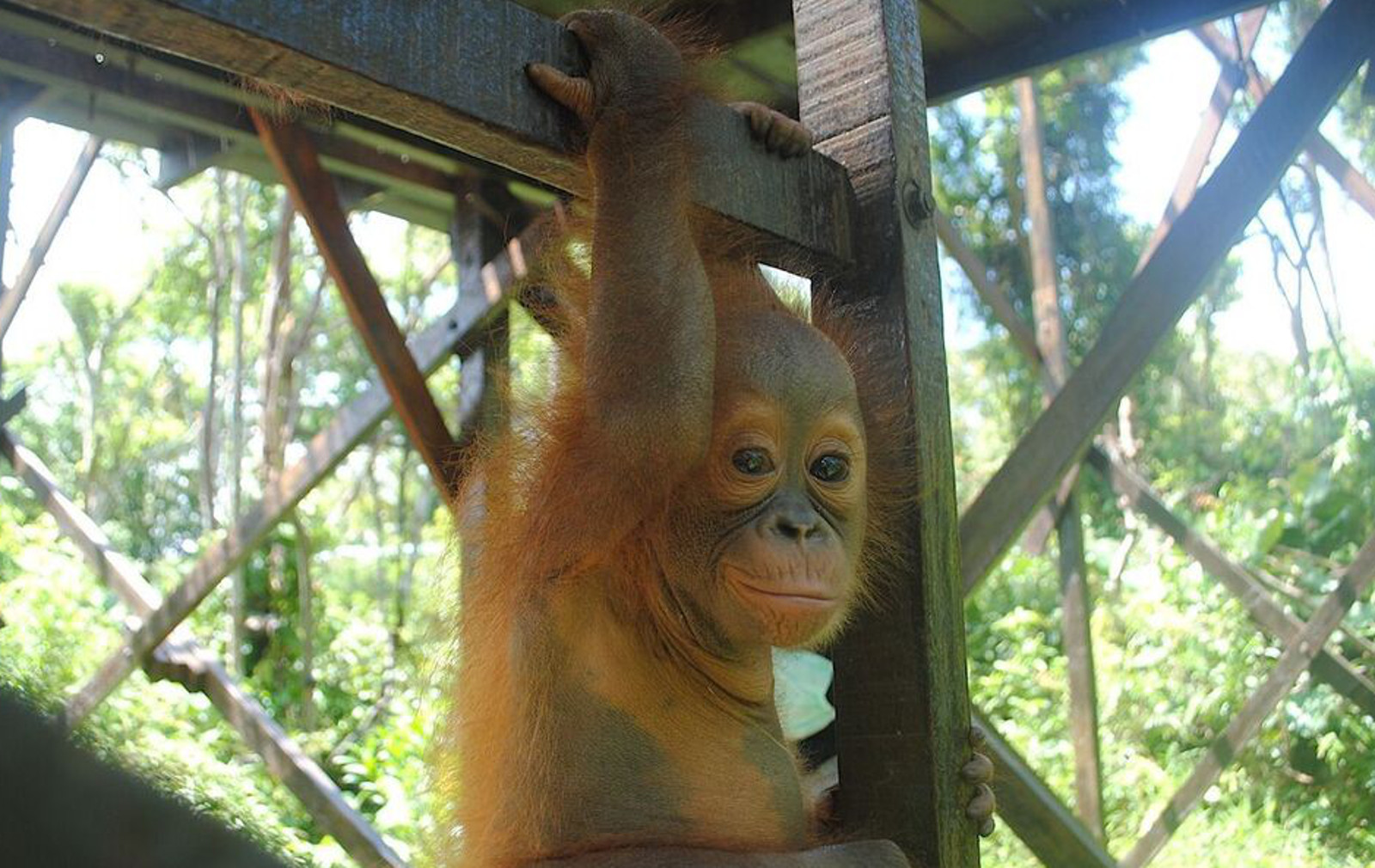 The demand for wildlife and wildlife parts is unrelenting, and sadly, the illegal wildlife trade is thriving more than ever. The rate at which we’re taking animals from the wild is not sustainable, and we’ve already seen 52 percent of the world’s wildlife disappear in the past 40 years alone.

Many animals being traded don’t make it to their final destination alive. Some are killed so that they may be used in traditional Chinese medicine, others are killed for their pelt or turned into trinkets and sold at local markets. For the few that do remain alive, they’re often sold as exotic pets.

Thanks to some incredible organizations around the world working to train personnel to intercept traffickers attempting to smuggle animals through checkpoints and across borders, we’ve seen a number of animals saved from a terrible fate.

There are also a number of organizations that actively work to remove exotic pets from unfit owners (although it can be argued that there is no such thing as a “fit” exotic animal owner). Ideally, these animals are rehabilitated and released back into the wild. For those that aren’t deemed fit for release, they’re at the very least given the next best thing: to live a peaceful life, as natural as possible, at a wildlife sanctuary.

Here are 5 stories of animals that were given a second chance: 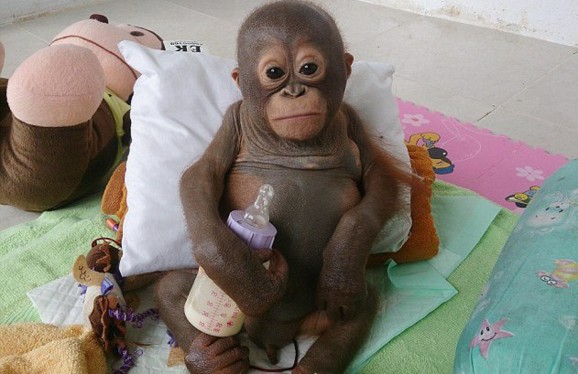 Orangutans are often taken from the wild taken at incredibly young ages after poachers kill their mothers, and Budi was no exception. Sold through the wildlife trade as an exotic pet, Budi was kept in a chicken cage for the first 10 months of his life, fed only condensed milk. His owner, who had no prior experience or knowledge, was incapable of caring for the young orangutan. Sadly, as a result, Budi was left extremely malnourished and unwell. Thankfully, Budi was rescued by International Animal Rescue. Although his condition upon arrival was critical, he is well on his way to making a full recovery. Budi even started “Orangutan School” recently.

2. Baby Chimpanzee Being Trafficked in a Wooden Box 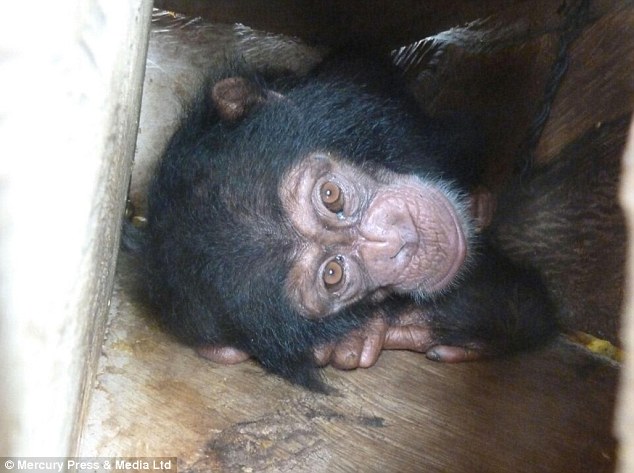 In April, authorities rescued a baby chimpanzee that was being illegally held and transported inside a wooden box. After killing the chimpanzees mother, wildlife traffickers attempted to move her through a checkpoint in Sierra Leone. However, personnel who were trained to detect suspected wildlife traffickers were able to notify the proper authorities and remove the baby and transport her to a sanctuary in West Africa where she is expected to make a full recovery. If all goes well, there is a possibility that this young chimp will see the wild forest yet again. 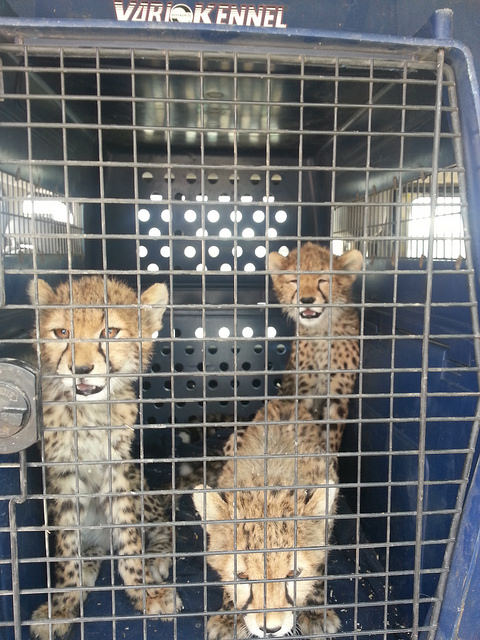 With the help of Born Free Ethiopia and Ethiopian Wildlife Conservation Authority, three female cheetahs that had been taken from the wild and were expected to be illegally traded as pets were discovered and apprehended by local authorities. After spending days in a small crate, the young cheetahs are currently being cared for at Born Free’s rescue center. The cheetahs will join a number of other orphaned cheetahs where they will be rehabilitated, those that are fit for release will be returned to the wild while the rest will remain at the sanctuary. 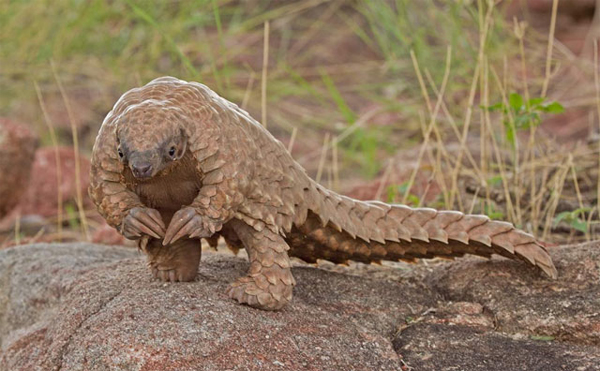 More than 150 pangolins were confiscated during a raid by the Thai Army. The pangolin has gained media attention earning the title of the most trafficked animal in the world, with at least one million pangolins traded in the past 10 years. The pangolin is used primarily in traditional Chinese medicine, and we can only imagine all 150 pangolins were headed for the same grim fate. The rescued pangolins were dispersed between two wildlife centers in Thailand and are expected to be rehabilitated and released back into the wild.

4. A New Home In Peru for Rescues

Animal Defender International’s (ADI) rescue mission “Operation Spirit of Freedom” was a major success after 39 animals, including several species of monkeys, were saved from cruel circuses and the wildlife trade. After being rescued by the amazing ADI team, some of the animals were flown to Iquitos, Peru where they will reside in a sanctuary in the beautiful Amazon. The remaining animals rescued will be brought to the Wild Animal Sanctuary in Colorado. Sadly, most of these animals are not eligible for release due to the amount of time that they spent in the care of humans. However, they will still get all the relative freedom as well as the care that they need to thrive for the rest of their lives.

These five stories are only a few among far too many. The popularity of exotic pets and illegal wildlife goods, such as ivory, runs rampant across the world, much to the detriment of wild animal populations. The best thing that we as Green Monsters can do to protect these animals is to keep raising awareness for the devastating impact of the illegal wildlife trade. Animals are not ours to use as accessories or status symbols and it is far past time that we started acting like it.