Where Have All the Pangolins Gone?

According to Traditional Chinese medicine, there is an animal that is capable of providing good luck, keeping evil spirits at bay, increasing blood circulation, curing asthma, promoting lactation and preventing cancer, just to name a few.

They’re also considered the most illegally traded mammal in the world.

The lucky winner? The Pangolin. An animal that lived in peace for millions of years up until the past decade. 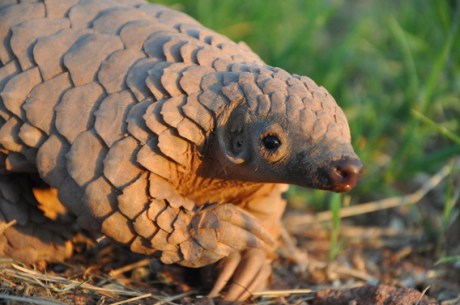 The pangolin is a prehistoric mammal whose native range spans across Africa, India, Southeast Asia and Indonesia. These spiny creatures are covered with scales made of keratin, just like our fingernails and hair. When threatened, the pangolin curls up into a tight, almost impenetrable ball. Known as scaly anteaters, they can utilize their curved claws to excavate ant and termite nests. Their exceptionally long tongues aid in each endeavor while their ability to voluntarily constrict their ears and nostrils keep insects from getting in.

Although they are not indestructible, they sure do come close. That is until humans began to hunt them.

The Plight of the Pangolin

Once consumed as a supplemental protein source in rural villages across, the pangolin is now considered a luxury amongst the wealthy and growing middle class in urbanized areas. Unlike the elephant or rhino, the skin, scales and meat of the pangolin can all be sold on the black market, making it extremely profitable. In the past 10 years, nearly one million pangolins have been taken from the wild and poached for their scales and meat.

While many pangolins are killed once they’re caught, others captured for use in restaurants are brought to the table still alive only to be killed in front of the paying customer. A tribute to the consumer that what they’re about to pay for and indulge in is, in fact, the real thing. 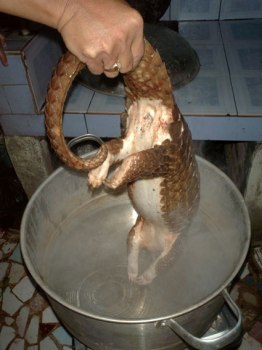 “We keep them alive in cages until the customer makes an order,” explains a chef from the Chinese province of Guangdong to The Guardian,”Then we hammer them unconscious, cut their throats and drain the blood. It is a slow death. We then boil them to remove the scales. We cut the meat into small pieces and use it to make a number of dishes, including braised meat and soup. Usually, the customers take the blood home with them afterward.” 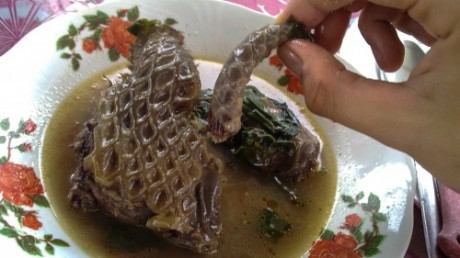 Sadly, the plight of the pangolin has been neglected until somewhat recently. Solitary, shy, nocturnal and somewhat strange looking animals don’t garner the kind of support other endangered animals do, making it difficult for many organizations to fund conservation projects.

There are eight species of pangolin distributed throughout Africa and Asia, two of which are critically endangered. Although all species are protected by international treaty, pangolins, especially when it comes to the shipment of their scales, are often overlooked in comparison to other wildlife trade targets.

The wildlife trade is extensive, making it challenging for authorities to monitor all borders and in turn the smuggling routes of many pangolins have become blurred. Not to mention, customs and postal workers are not trained to detect pangolin, making it easier for smugglers to move shipments.

Tragically, much of the information about current pangolin population statistics comes from the substantial amount of pangolin products seized by authorities. With little known about the population of wild pangolins and little known of their natural history, it’s difficult to say to what extent or how drastically their populations have declined. The International Union for Conservation of Nature suspects the Sunda pangolin population has declined more than 50 percent in the past 15 years alone.

Other information is simply inferred. For instance, the pangolin is known to bear one offspring each year, allowing experts to easily deduce that the level at which pangolin is being traded is not sustainable for the population long term. 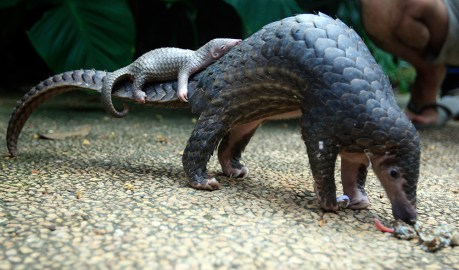 We know plenty about pangolins and still, it may not be enough. Consumers in China and Asia continue to believe the pangolin has healing powers and the demand for it in restaurants is unabating. It’s imperative that, while we respect the traditions of others, we continue to support the organizations dedicated to raising awareness so that they may put an end to the misleading claims consumers are falsely presented with and change the public’s perception of pangolin as a delicacy.

It’s equally crucial that we support the organizations dedicated to preserving these extraordinary animals, whether by observing them in their natural habitat or by enforcing wildlife trade laws set in place.

For more information, check out some amazing organizations here.