For centuries, Traditional Chinese Medicine (TCM) has called on a number of animal and plant products to help treat and cure a number of common ailments. This method of medicine differs vastly  from the Western medicine tradition that many of us have grown up with. Rather than relying on manufactured pharmaceuticals, TCM uses natural ingredients and considers the entire person in treatment, not just a singular symptom.

TCM is used in countries across the world and performed by many practitioners, including those in the United States. Although there are many lauded benefits of TCM, one glaring downside is the use of animal ingredients, specifically endangered animal parts.

Some of the animals used for TCM are killed by poachers while others are bred in captivity and housed in barbaric conditions for life. For years, wildlife advocates and conservationists have been urging their respective governments to pass legislation in an effort to aid these animals. For example, importing bear bile for the treatment of inflammation-related ailments was ruled illegal under the Bear Protection Act of 2009 to protect endangered sun and moon bears in Asia.

Some practitioners insist they no longer use animals in their products, but studies have revealed mislabeling is rampant and that products continue to be sold with animal parts.

Customers are usually unaware of how much abuse goes into making the product and many are against the slaughter of animals for medicine. Although many find these claims disturbing and barbaric, some individuals believe that by consuming parts of an animal, they will be rejuvenated and take on certain qualities of the animal (eg. strength, courage, etc).

In 2014, a law was passed in China to increase the severity of penalties and length of jail time for anyone knowingly purchasing or consuming animals that have been poached. Despite this, however, bear bile farms, tiger farms and the use of other endangered animal parts for medicinal value continue to be on the rise.

Here are some of the most common animal products used for their health benefits.

More than 10,000 bears are kept on bile farms in China and an additional 2,000 are being held in Vietnam. Bears used in this industry are bred and confined to life in small “crush cages,” forced to suffer through painful and invasive procedures to have bile extracted from their gall bladders.

Bear bile is believed to help reduce inflammation, expel toxins, improve symptoms of conjunctivitis and hepatitis, and cure headaches. Although bear bile has been known to alleviate the symptoms of some conditions, there are many other, inexpensive synthetic and herbal alternatives that don’t require the abuse of an animal. Some even believe that bear bile can prevent type 1 diabetes, however, this has been proven to be completely false. 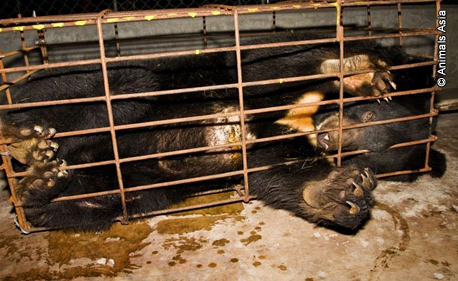 Almost every part of the tiger is considered sacred and capable of healing in TCM. Tiger bone, one of the most prized parts of the animal, is ground up and used to treat arthritis and other joint ailments, as well as impotence. Many have compared the effects of tiger bone to simply taking an aspirin.

Although the use of tiger bone in traditional medicine has decreased in recent years, the demand for tiger bone itself has never been higher. Tiger bones or entire skeletons are soaked in wine and considered a status symbol.

An estimated 1,000 tigers have been killed for their parts in the past 10 years to meet demands in Asia. Considering the fact that there are only around 3,200 tigers left in the wild, this is no small loss. 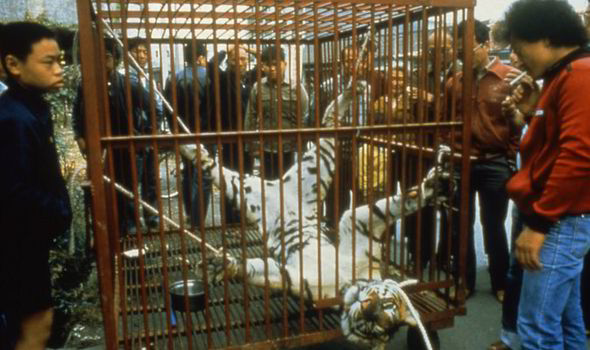 Rhinoceros horn is thought to treat fever, convulsions and hallucinations. The horn is composed of keratin, one of the main components of our fingernails. With seemingly no evidence to show rhino horn will benefit health or cure any ailments, a doctor in London ironically compared ingesting rhino horn for health benefits to “chewing on your own nails.” The illegal wildlife trade is one of the leading causes behind the decimation of all rhino populations as these animals are exclusively poached only for their horns.

In 2014, 1,215 rhinos were poached in South Africa alone. The Western Black Rhino has already been declared extinct from the wild and many other species are set to follow if we don’t put an end to the illegal trade.

Nearly one million pangolins have been poached in the past 10 years. At this rate, this little scaly creature may be poached into oblivion before most of the world is even aware that they exist. 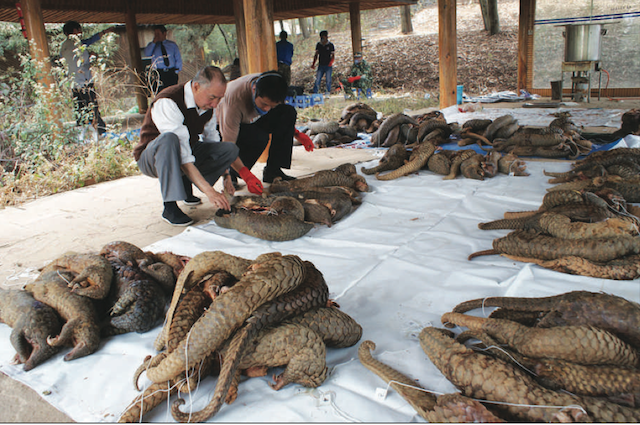 Dried seahorse is thought to treat impotence, abdominal pain, swelling, urinary incontinence and act as an aphrodisiac, but no reputable source has yet confirmed that any of these benefits exist. The placebo effect is more likely the culprit in this case.

It’s estimated that 150 million seahorses are traded and sold every year. Seahorses are a fragile species and there is an increasing concern that they will not be able to sustain their populations at the current rate at which they’re being harvested. 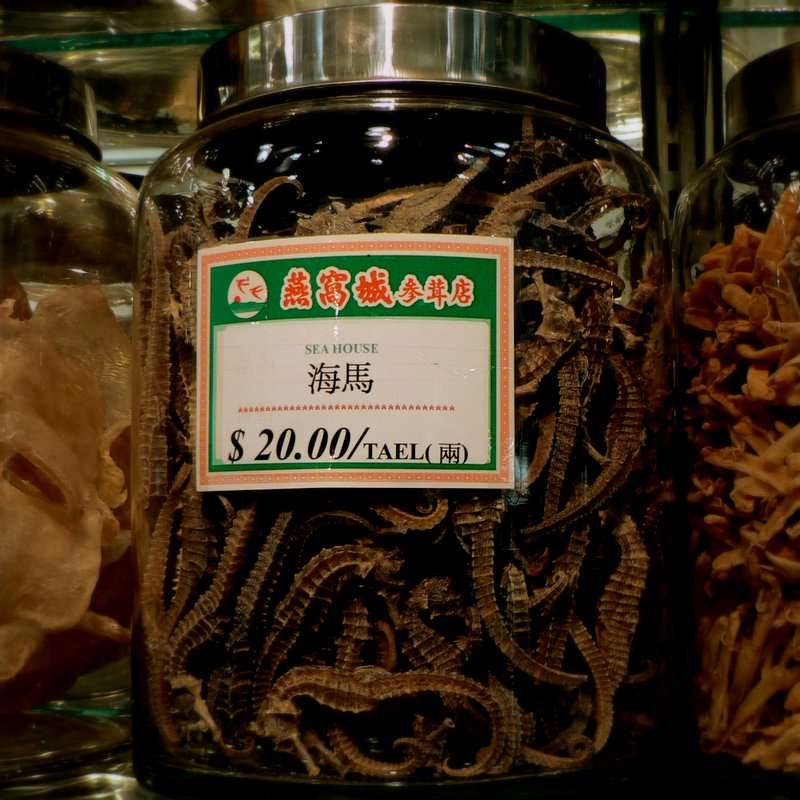 Although it isn’t our place to impose our traditions or beliefs on others or contend what is right versus wrong, many of those who believe that consumption of animal products will cure their ailments are unknowingly consuming endangered species.

Additionally, there is very little evidence to support the notions that consumption of these animal parts may benefit or cure an individual of any afflictions. But, what is not up for debate is the devastating impact that these “medicines” are having on animals.

Raising awareness of the plight of these animals is the key to bringing about change in “traditions.” When we connect the dots between the products we may believe are benefiting us and the horrific means that made them possible, we are empowered to ask ourselves if it is really worth it. For the sake of the world’s vanishing animal species, we sure hope that answer is “no.”