What Your Food Choices Have to do With Rhinos, Elephants, and Orangutans 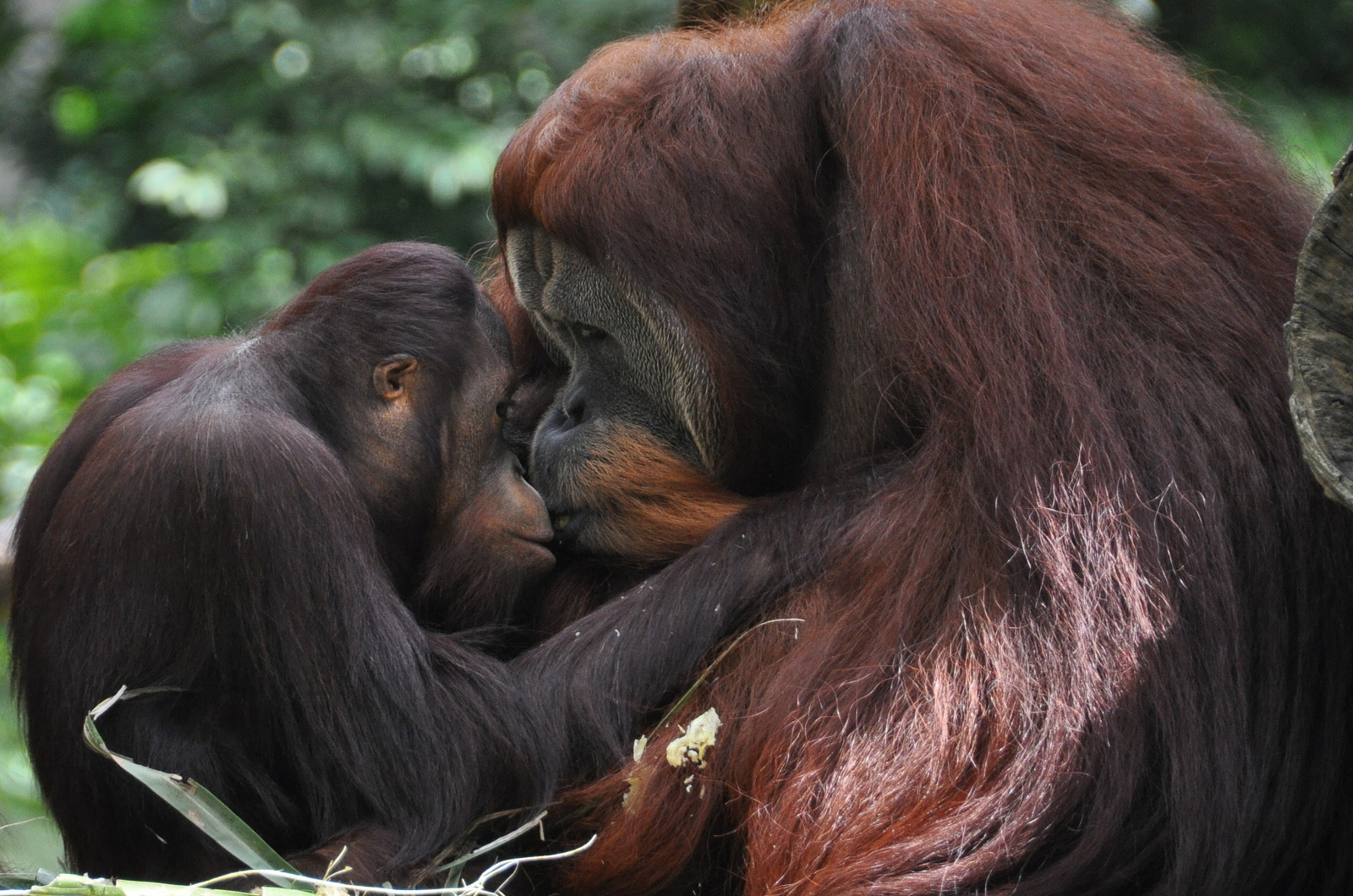 What did you eat for breakfast this morning? It’s very likely that your morning meal contained Conflict Palm Oil, which has become ubiquitous in our everyday lives. It is found in roughly half the packaged products sold in U.S. grocery stores, including favorite snack foods like ice cream, cookies, crackers, chocolate products, instant noodles, cereals, doughnuts, and potato chips. In fact, palm oil is likely present in some form in nearly every room of your home.

It’s easy to think that food simply comes from a package in the grocery store when in fact our food comes from soil, water, sunshine and animals, facilitated by the labor of farm workers. Not rocket science, but it’s pretty astonishing to consider the myriad ways in which our disconnection to food fosters a broken food system.

How our Broken Food System Impacts Animals, the Environment – and Us

Hidden in this broken system are many ingredients in our food linked to severe environmental, animal and human rights abuses. Take, for example, Conflict Palm Oil.

Conflict Palm Oil production is now one of the world’s leading causes of rainforest destruction. Palm oil plantation expansion is pushing deep into the heart of some of the world’s most culturally and biologically diverse ecosystems, including the Leuser Ecosystem – the Last Place on Earth where critical species are still able to live together in the wild. Irreplaceable wildlife species like the Sumatran Rhino, Sumatran Elephant, and the Sumatran and Bornean orangutan are being driven to the brink of extinction.

Is this really the price we should have to pay for feeding our kids convenient snacks? Of course not. That’s why Rainforest Action Network (RAN), is fighting back by putting pressure on twenty of the most well-known food companies in the world — the Snack Food 20 — to get Conflict Palm Oil off the shelves right now.

Moving Towards a Responsible Food System

Invested in stopping the conversion of biodiverse forests into industrial food operations, RAN is actively campaigning to challenge a key driver of rainforest destruction, Conflict Palm Oil. But that’s not the only symptom of our broken food system.

The continued industrialization of four commodities in particular – palm oil, pulp and paper, soy, and beef – pose serious risks to our global forests and climate. RAN recently launched a new resource page on Responsible Food Systems to address the connection between the food we eat and deforestation, climate change, animal welfare, and human rights.

In terms of environmental impacts, we are facing the extinction of key species, the disappearance of crop diversity, and increased food insecurity and racial inequity as a result of the way we produce the majority of food today. Runaway climate change, increased levels of corporate control, high levels of food waste, forest clearing, species extinction, water scarcity, and pollution are just a few of the byproducts of our current industrial food system.

How has This Come to Be?

Well, for starters, we can thank the stranglehold corporations have on our food supply.

Did you know that despite endless aisles of food in the grocery store, only a small handful of companies decide what kind of food you can buy and how farmers can produce it? It’s true. Terrible farm policies and unchecked corporate consolidation have driven out much of the diversity in the marketplace and food system, creating powerful agribusiness giants (think ADM, Bunge, Cargill) who control much of what ends up on our plate.

Here’s a fact to swallow: Domestically, Big Agriculture controls over 83 percent of all foods in the U.S. marketplace, dictating what is available in the market. Thanks to U.S. farm policy, which subsidizes wheat, corn, and soy – all crops that Big Ag harvests – it is increasingly difficult for small family farmers to compete. U.S. agricultural policy puts the interests of food processors — such as Cargill, Tyson, Kraft and ConAgra — above the needs of independent farmers.

This unchecked corporate control has terrible consequences for our climate. Our industrial agriculture system is driving roughly one-third of global greenhouse gas (GHG) emissions. These greenhouse gasses largely come from the conversion of tropical forests to feed crops and other livestock uses. The livestock sector is directly responsible for roughly 15 percent of all global GHG emissions – more than all of the world’s cars, ships, trains and planes put together. It is the single largest source of food-sector emissions.

Our current food system values efficiency and profit over the health and well-being of people, land, and animals. From the palm oil plantations in Indonesia and Malaysia to the corporate-controlled grocery stores in our neighborhoods, change needs to come at every level.

It’s within our power to demand a responsible food system that fosters a world where producers and consumers, not corporations, control our food system. By re-allocating control into the hands of farmers and communities, who have the right to define their own food systems, we can start to tip the scales towards global food security and food sovereignty.

Want to join RAN in the fight to reclaim our food system from corporate control? Take action to demand change from the Snack Food 20.