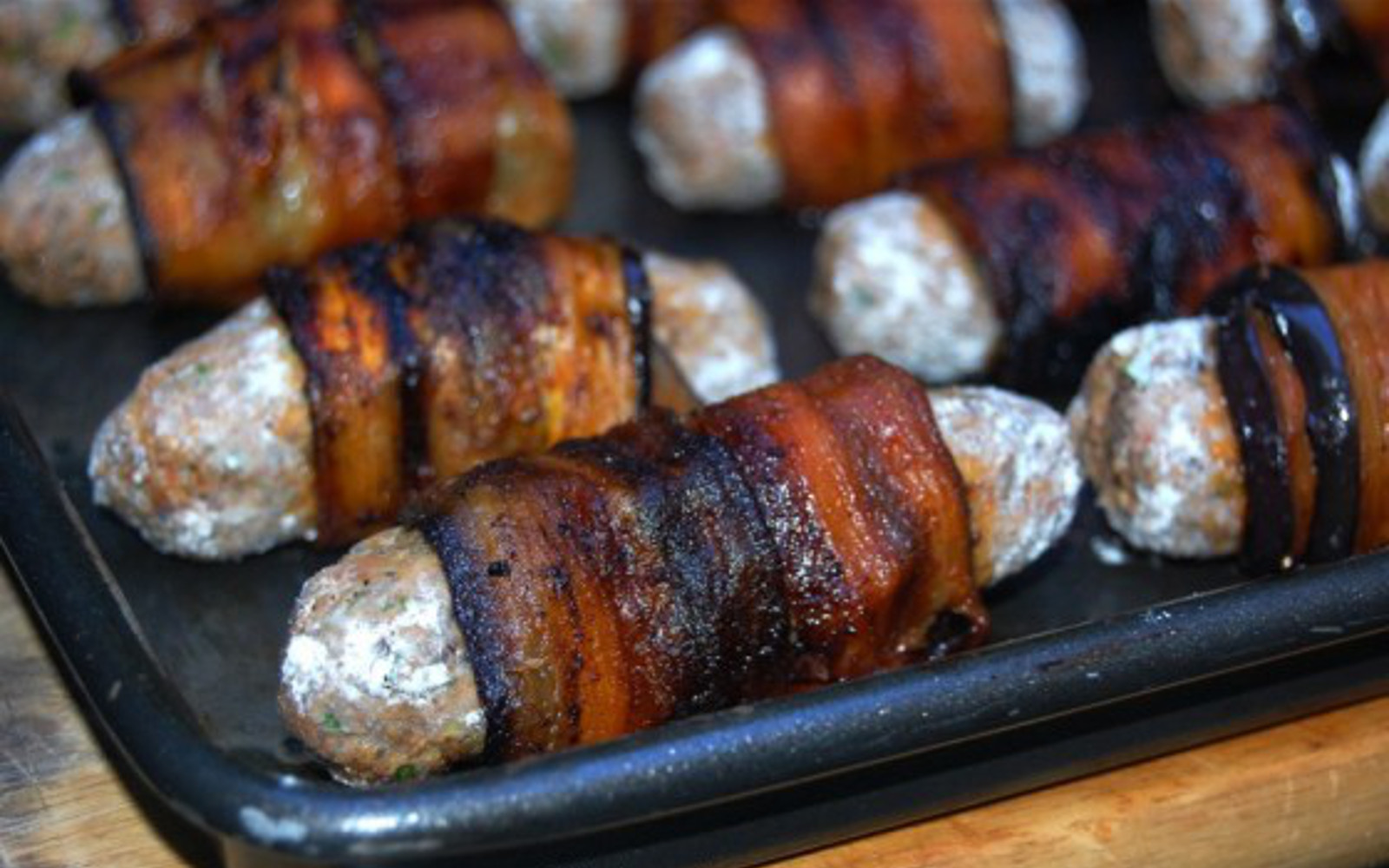 A Glamorgan sausage is a traditional Welsh sausage, with the main ingredients being leek and cheese. So I thought this should be an obvious candidate to be veganized. But I must admit, the Glamorgan sausages I had in my pre-vegan days were a bit on the boring side, so I decided to liven my version up a bit. I was inspired by the ‘devils on horseback’ recipe, which is usually prunes or dates wrapped in bacon, and I thought that some smoked eggplant/aubergine would nicely substitute for bacon – and the result was . . . Fantastic ! My 7-year-old, who is notoriously selective when it comes to vegan food, was completely sold on them. So here they are . . .

For the Smoked Eggplant Bacon:

To Make the Sausages:

To Make the Smoked Eggplant Bacon: