Can Zoos Really be the Key to Bringing Endangered Species Back From the Brink? 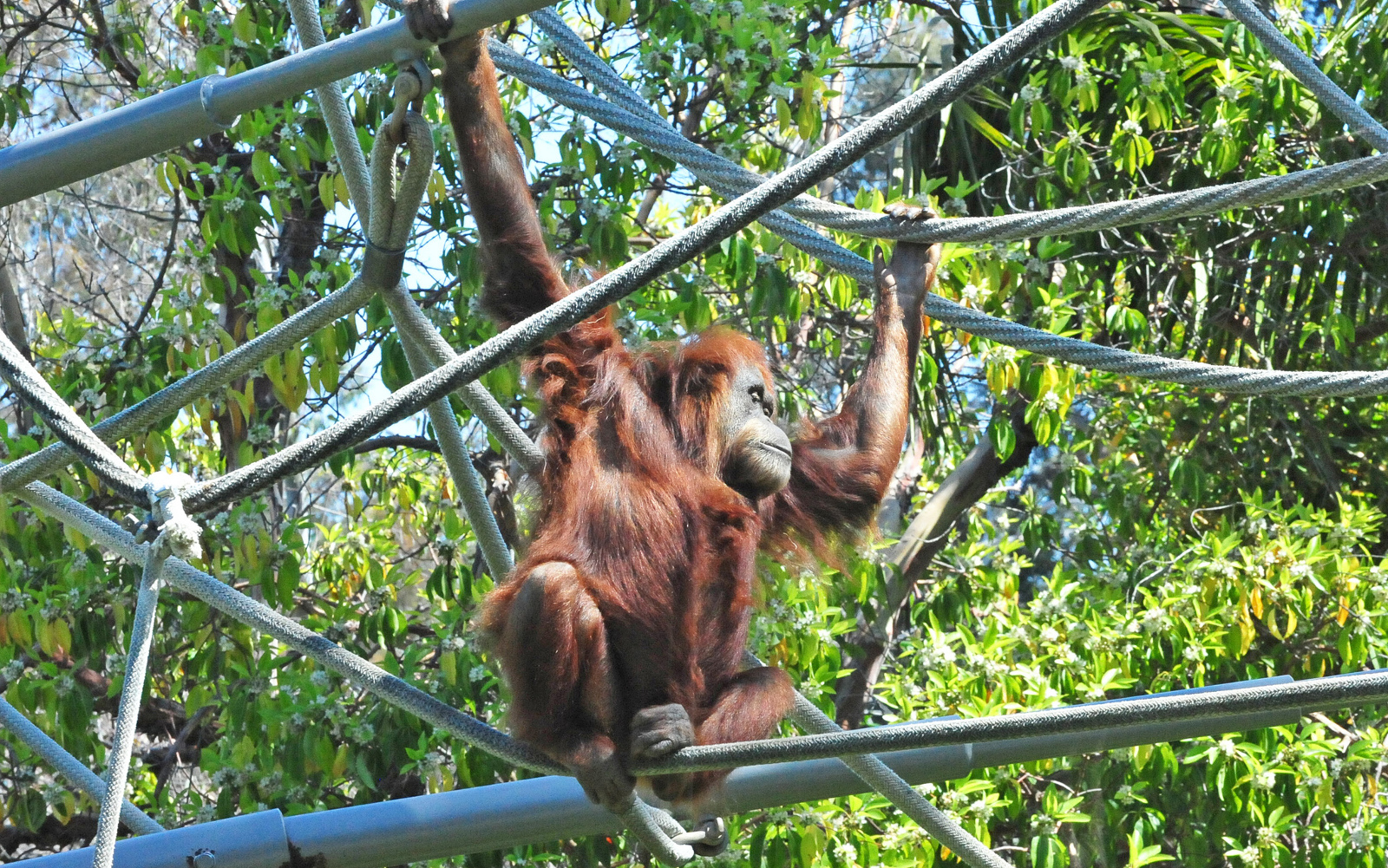 The earliest zoos date back thousands of years, but the first American zoo didn’t open until 1874: The Philadelphia Zoo. It wasn’t until a decade later in 1907 that a zoo in Germany began to propose the need for naturalistic landscapes in the animal exhibits and other zoos began to follow suit. By 1924, the Association of Zoos and Aquariums (AZA) was founded as a nonprofit dedicated to advancing all accredited zoos and aquariums.

Back then (and, debatably still today) wild animals were used strictly as commodities. They were taken from the wild and placed into captivity. Although many found the prospect of researching these wild animals in captivity appealing, they were first and foremost used for entertainment.

The process of learning what the animals needed and how to properly care for them was somewhat of an experiment. The wild populations of species that are endangered today were thriving then and if a zoo happened to lose an animal it wasn’t unheard of or difficult for them to simply go and capture another.

Today, zoos are starting to serve a slightly different function (or at least attempting to) as we are faced with the looking reality that if we don’t take measures to conserve endangered species, they can and will go extinct. Rather than going out and capturing animals to put on display, some zoos are attempting to put conservation programs in place with the hopes of breeding endangered animals in captivity to add to wild populations.

The situation facing wildlife is serious, in the past 40 years alone, 52 percent of the world’s wildlife has disappeared from the face of the earth due to habitat loss, poaching, and climate change. Many scientists believe we have single-handedly caused the world’s sixth mass extinction of animal species. But do zoos really have the capability to help save these last remaining species from the brink of extinction?

In the past, there was hope that animals bred in captivity would ultimately be released back into their native habitats but the efficacy of these plans has lost clout in recent years.

Despite a number of successful reintroductions that have allowed for a few self-sustaining populations in the wild of specific species, prime habitat for some of the world’s most endangered continues to disappear at an unprecedented rate, essentially leaving these animals without a home.

Some zoos, more so than others, do a great deal to encourage the conservation of endangered species, including enstating Species Survival Plans (SSP). But SSP can also only go so far. These plans are set in place to manage endangered animals, allowing select individuals to breed in order to maintain genetical diversity that would give them a better shot of survival if they were released.

It is estimated that animal populations that are bred in captivity, exclusively with other captive animals, can only continue to be bred for 100 years. At this point, the populations become too inter-bred to be genetically viable. After this point, it is believed that the animals can lose their natural traits, rendering them unable to survive without human intervention. Zoos with SSP are realistic about this fact, but hope that their careful strategies might allow the animals to continue to exist in captivity beyond the 100-year mark. However, these animals might never be able to contribute to a wild population.

An Attempt to Save the Orangutan 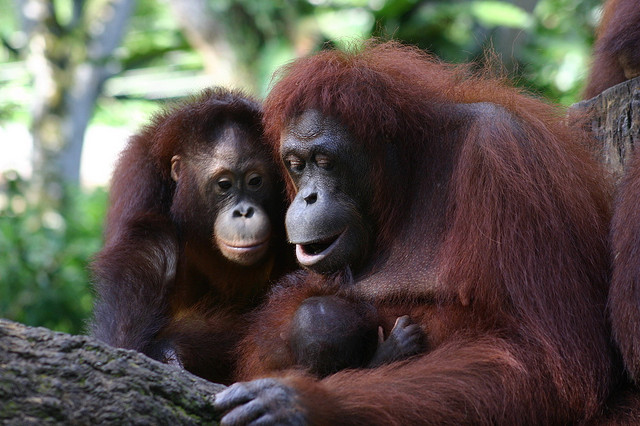 With less than 7,000 Sumatran orangutans left in the wild and an estimated 54,000 Bornean orangutans, there is a very real possibility that the orangutan may become extinct within our lifetime. Many zoos have put orangutan survival plans in place in an attempt to start increasing the captive genetic pool in the chance that if the wild orangutan goes extinct, they might be able to offer a solution.

In April, the Kansas City Zoo opened their new multi-million dollar orangutan exhibit. For decades the orangutans were confined to concrete exhibits; it wasn’t until 2002 under the pressure of animal activists that the zoo began to make improvements. The Kansas City Zoo has also put a Species Survival Plan in place for the orangutan, but they raise an important question about what happens if the orangutan’s native habitat disappears.

Kansas City Zoo director Randy Wisthoff, tells the FresnoBee, “When I started 38 years ago, that’s kind of what the talk was: We’ll reproduce in captivity and take it back out and set it free in its native habitat. But there’s getting to be less and less and less habitat. It’s going away.”

Zoos can only do so much to “protect” the orangutan population by breeding them, but that’s about where their influence in the conservation of this species ends.

Instead of going out and collecting animals the way zoos used to, were in a race against time to conserve some of the world’s most endangered species.

The modern zoos we know today are a far cry from those of the past but despite all that we have learned and all that has changed, AZA-accredited institutions are still keeping many of their animals in incredibly unnatural habitats with minimal space and minimal enrichment leading to a number of abnormal behaviors.

There is question over whether the captive animals raised in zoos can ever truly add to wild populations due to these abnormal behaviors – not to mention the fact that many wild animals don’t seem to be interested in breeding with their captive counterparts. 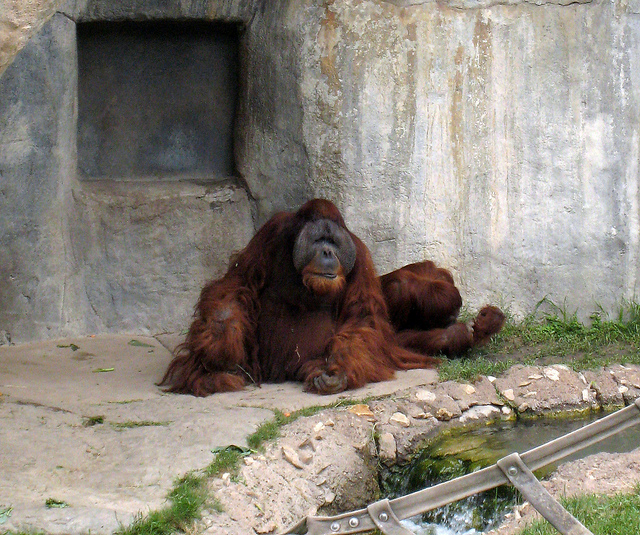 While there is no doubt that the zookeepers care deeply for the animals they work with, those in charge must continue to make a profit and we’ve seen time and again the welfare of the animals called into question.

Looking critically at SSP programs, the zoos profit from having rare animals on display, but what is really needed is more concentration on the preservation of the natural habitats where these animals belong. After all, you can breed the Bornean orangutan, but if the forests of Borneo are destroyed then these animals have no choice but to remain in captivity.

Captive breeding may very well allow future generations the chance to experience some of the world’s most endangered animals, but if people can only see these animals in artificial exhibits, then what are we really achieving?