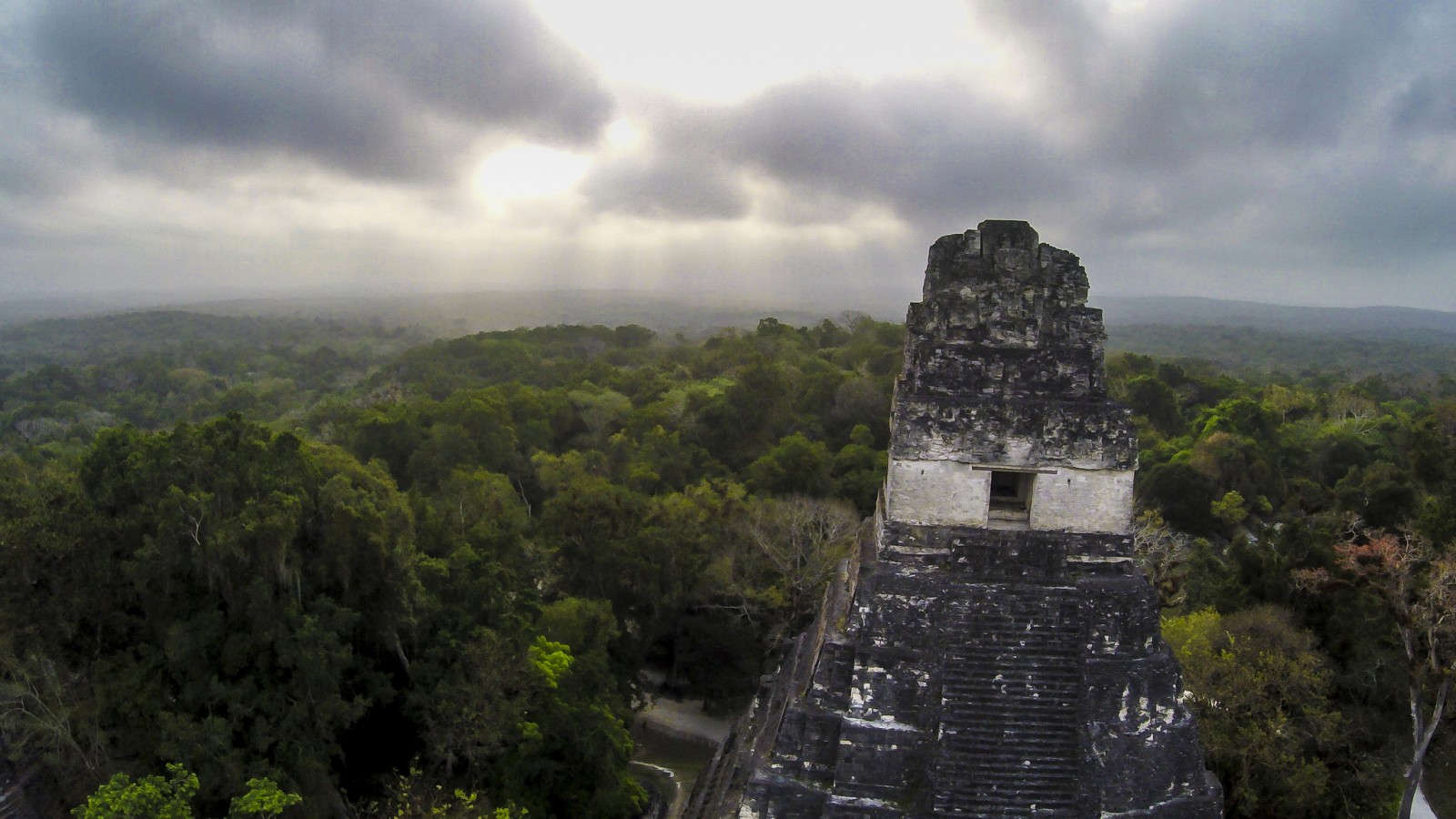 The Maya Biosphere Reserve (MBR), a five-million-acre stretch of natural rainforest, accounts for a full fifth of the lands that form Guatemala. The ancient pyramids of Tikal National Park, a UNESCO World Heritage Site, stand guard over the forest canopy; monkeys, jaguars, and other precious species roam the forest floor. During the day, scarlet macaws alight on the branches of majestic mahogany trees, and at night, a chirping chorus of hundreds of frogs sings its cacophonous song.

The MBR is also home to many communities whose ancestors have lived there for hundreds of years. But in the tropics, vast swaths of forests have been cleared for agriculture, threatening local peoples’ traditional way of life — not to mention contributing to climate change. That’s why, since the MBR was established in 1990, we at the Rainforest Alliance have worked with the reserve’s communities to establish sustainable livelihoods and responsible forest management practices. 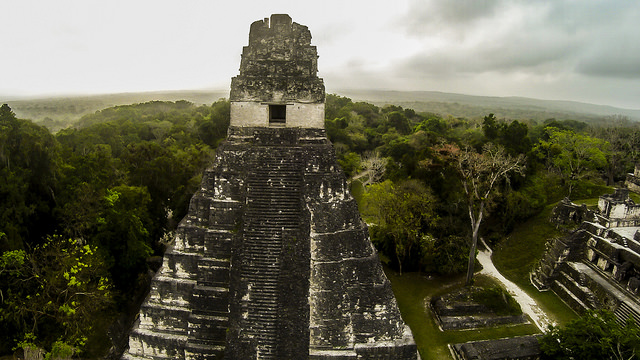 Community forestry is founded on the idea that people who call the forest home have a powerful incentive to protect it – but that they need to be able to make a living while doing so. “The idea is to improve their incomes without destroying the forest,” Rainforest Alliance regional manager José Román Carrera, who grew up in the area, says. The forest concessions of the MBR grant local and indigenous communities the right to harvest forest products — as long as they do so sustainably.

When it comes to timber harvesting, all concessions must have a long-term management plan corresponding to the length of the cutting cycle (which ranges from 25 to 40 years), prepared with a professional forester; the plans are updated every five years. Using single-tree selection, the communities harvest less than one tree per acre per year, and annual plans determine which trees are to be harvested, which are left for future harvesting, and which will be protected as seed trees. The Guatemalan government also has made complying with the standards of the Forest Stewardship Council (FSC) a requirement of winning and maintaining a concession.

But timber isn’t the only product that comes out of the forest. Non-timber products, such the ramón nut and the xate palm, provide alternative ways to generate income. Also known as the Maya nut, the ramón nut has long been a staple of the local diet, but until recently, it wasn’t seen as having economic value. In 2012, however, women from seven local communities attended Rainforest Alliance trainings to learn how to process the nut into a vitamin- and protein-rich flour; they formed the all-women Ramón Nut Value Chain Committee, which works together to purchase machinery and negotiate prices. Over the past five years, the Rainforest Alliance has worked to promote local consumption of this forest superfood, as well as to help communities establish an export market. 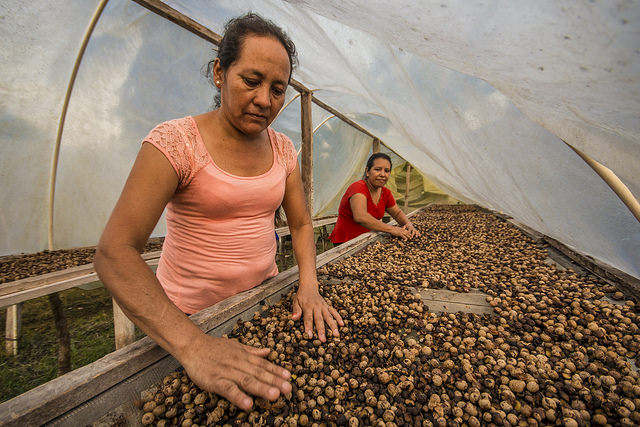 Xate (pronounced SHA-teh), a species palm that grows along the forest floor, has long been used in floral arrangements: more than 30 million fronds are exported to the U.S. and Canada for Palm Sunday alone. Since attending Rainforest Alliance trainings, harvesters in the concessions have learned to cut only the best leaves from the palm fronds, while leaving others to ensure faster regeneration. And since they’re only selling high-quality leaves, xateros sell their leaves for twice as much as they used to, and much faster. 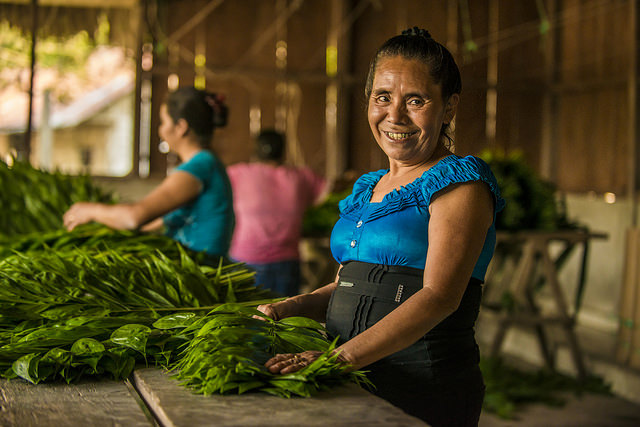 Does Our Approach Work?

This is striking in an area like northern Guatemala, where conversion of forest – typically for livestock operations that often serve as fronts for drug laundering – is higher than almost anywhere else in the Americas. While some strictly protected units, such as Tikal National Park, have successfully kept deforestation at bay, others have deforestation rates above regional averages, mainly due to illegal land clearing for cattle ranching. Globally, deforestation accounts for between 12 and 15 percent of total greenhouse gas emissions, so by working with the communities of the MBR to conserve the forests there, the Rainforest Alliance is helping to sequester carbon and mitigate the effects of climate change.

As a tool for conserving forests, then, community forestry has proven effective. But what about as a means of improving lives of local people? There, too, community forestry has performed well: On average, timber sales from all concessions top $9 million every year; sales of non-timber forest products have added another $5 million to date. Each year, forestry activities result in about 3,000 permanent and seasonal jobs being created overall, with most paying above the Guatemalan minimum wage.

In an average community, this translates to about 50 jobs created every year, and about $35,000 in wages paid. Dividends paid to families after forest products sales — averaging around $400 per household, no small sum in this area of Guatemala—add to the economic incentives. Additionally, when certain profit thresholds are reached, concessions dedicate up to 30 percent of the profits from sales to projects such as school upgrades, rural infrastructure, healthcare assistance for the old and infirm, and scholarships.

We’re proud of our work in Guatemala, where we’re successfully helping people and the planet prosper together.