Did a Coyote Die for Your Burger? The Livestock Industry and Lethal ‘Predator’ Control Methods 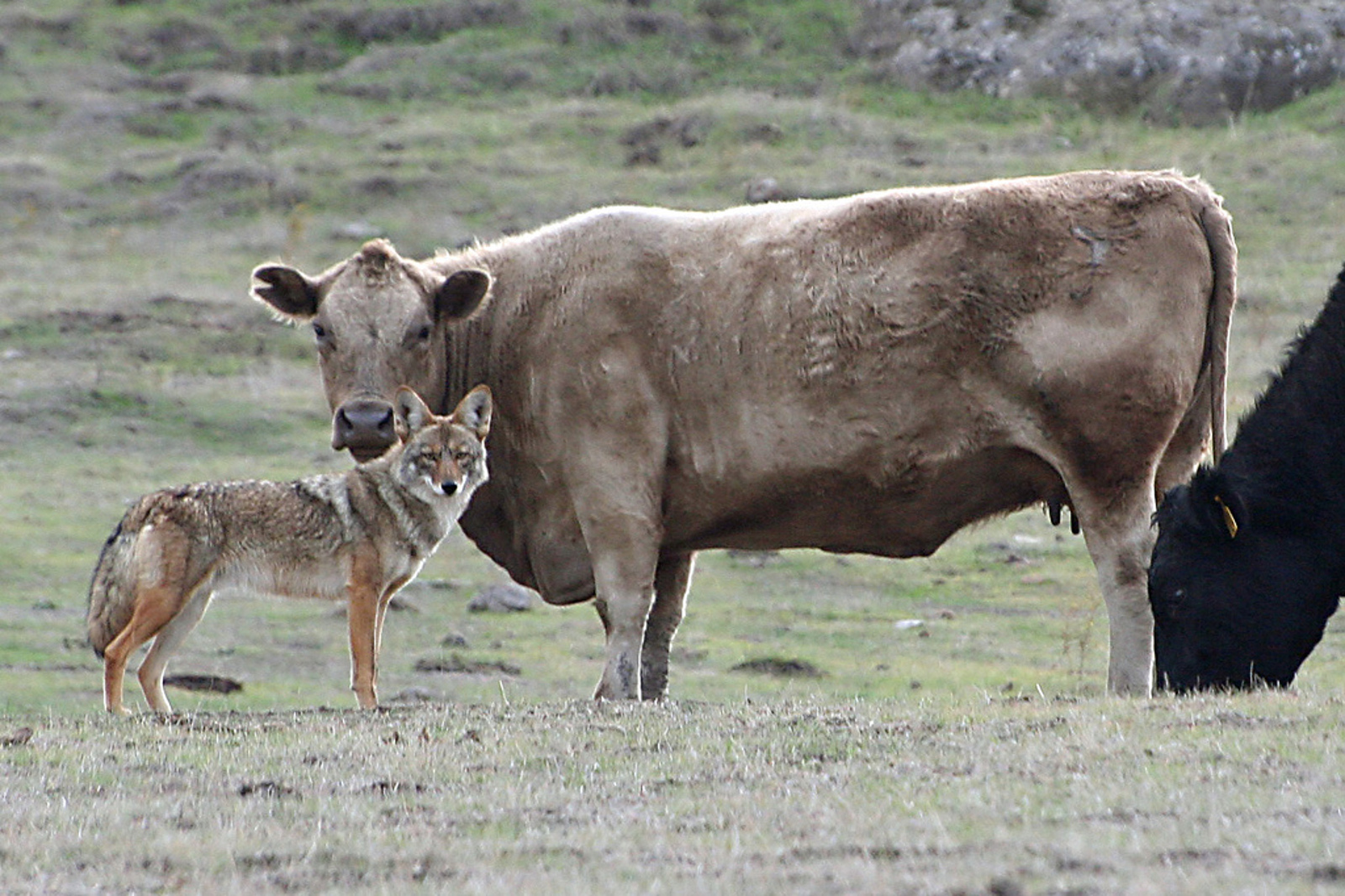 As the population grows, so does demand for food; it is no wonder that the meat industry and the heavy inputs its products require is putting increased pressure on the planet. And as agricultural borders expand in the name of livestock production, humans are butting heads with local predators faced with shrinking habitat and prey availabilities. This war with nature is leading to impassioned discussions on predator control, and how man can protect his livestock interests from the appetite of nature.

From meat to dairy, demand for animal protein sources sustains a massive sector of the U.S. economy. It’s also important to remember the weight that these operations carry in their call for feed crop giants such as corn and soy. Given the pull these industries have in the economy, the desire to protect animal agricultural operations is obviously a priority. Threats to these commodities include livestock disease, extreme weather, and loss to predators. Unfortunately, it is the loss to predators that has many in the animal agricultural sector looking for new and lethal ways to reduce competition for their animals. 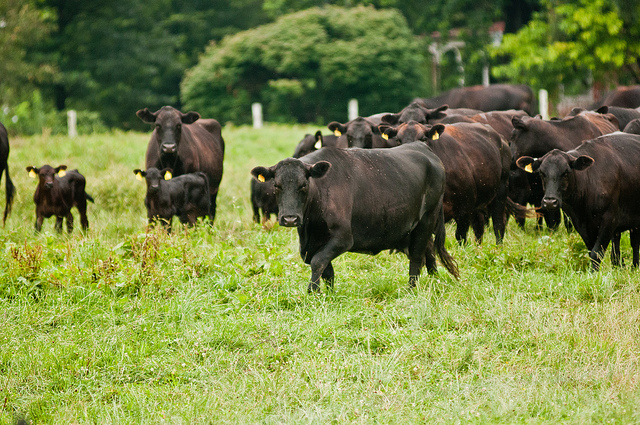 In 2011, the USDA released similar statistics highlighting the loss of cattle in the United States in the year 2010. Coyotes accounted for roughly half of the losses of cattle to predators, followed by dogs, mountain lions and bobcats. In total, 219,900 cattle were lost to predators, accounting for roughly 98 million dollars in lost revenue. While these numbers may appear surprising, perhaps it’s more surprising that predators only accounted for 5.5 percent of total losses of cattle to death in 2010. The other 94.5 percent of deaths totaling 3.77 million cattle were caused by a myriad of other issues including respiratory problems, digestive problems, issues during calving, and weather-related phenomenon.

What is striking about the statistics on losses of sheep, goats and cattle is that predators do not account for the majority of losses. While predators do take a more sizeable chunk of sheep and goats compared to cattle, the numbers are still not as lopsided as one might believe given the drastic measures man has taken in the name of predator control.

Currently in the U.S., the management of predators to agriculture animals is maintained by Wildlife Services, a branch of the U.S. Department of Agriculture. While Wildlife Services does manage programs that have a considerable positive effect on both wildlife and human safety, including the management of rabies and prevention of wildlife hazards in aviation, it is the agency’s wildlife management techniques that are gaining negative attention from animal lovers and environmentalists.

Lethal Control Methods and Their Impact 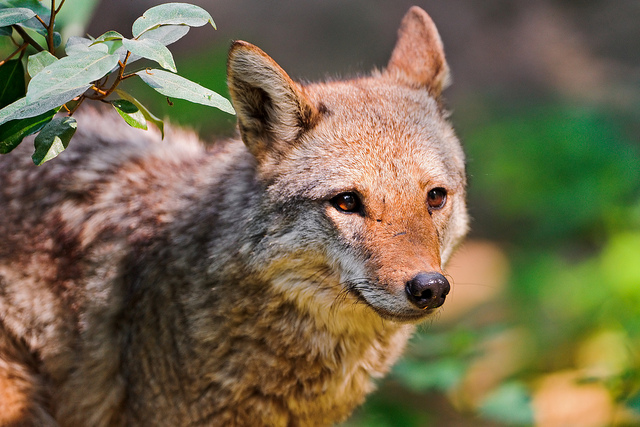 Perhaps the most concerning methods that Wildlife Services uses to manage predators are those that are painful and lethal. Some of the more unsettling practices used to eliminate carnivore activity affecting livestock are poisonings, trappings, and shootings (ground and aerial). Some animals, like coyotes and wolves, also have their dens destroyed and pups euthanized.

In 2014, Wildlife Services euthanized over 61,000 coyotes and destroyed 425 dens. The same year, 321 gray wolves, 301 mountain lions, and 784 bobcats were intentionally killed as well by the government agency.

Not only is this upsetting from the perspective that values the life of the animal, but there is also concern for the unintentional consequences these killing methods have.

Lethal predator control techniques are especially concerning because the effect is not felt completely and solely by the targeted predator. Poisons and traps don’t discriminate between targeted wildlife and other animals. Both Compound 1080 and M-44 Cyanide, two popular poisons used in predator control, have been especially unkind to canine family members as unintentional dog deaths have resulted for years from both poisons. Traps can also catch the leg or head of any animal wandering by, whether or not they’re a predator.

In addition to accidental poisonings and trappings, lethal predator control is also concerning from an ecological standpoint. By reducing predators, we degrade the ecosystem as a whole given the important role predators play in ecosystems. They help keep larger prey numbers in check which can benefit vegetation diversity, reduce the amount of terrestrial erosion that occurs, and improve the diversity and density of smaller animals like insects and reptiles.

While predators may represent only one portion of the food web, the impact they have can be seen and felt throughout the entire system. Predator control thus becomes a method not just to control a single nuisance animal, but rather to manipulate the entire spectrum of life surrounding that one animal.

Given the dramatic impact that lethal predator control methods have, non-lethal alternatives are becoming more desirable. There are a variety of options available to both ranchers and the government agencies wanting to protect the interests of both livestock production and wildlife.

Well-trained guard dogs can be an effective tool for ranchers to utilize. They are able to watch livestock at all times and deter any approaching carnivores. In 2010, guard dogs accounted for 36.9 percent of the non-lethal predator control methods used by ranchers.

Fencing provides an additional form of predator control. Surrounding a pasture in a tall, well-constructed fence can prevent access to a herd by large carnivores, thus reducing the chance of predation and the need for more extreme control measures. Some ranchers also choose to confine their livestock at night when predators are most likely to hunt.

Scare tactics are utilized to discourage predators from coming into contact with and preying on livestock. Rubber bullets, noise makers, flash bangs, and barking dogs may be used to frighten large carnivores away from areas they shouldn’t be in, and to encourage them to seek prey elsewhere, in the wild.

How You Can Protect Predators

The first thing you can do to prevent inhumane predator control methods is to remove your support for the practice. By refraining from eating meat, you no longer have to worry about possibly consuming a meal that brought harm to animals like coyotes, wolves, and mountain lions.

Sadly, even if you abstain from meat, predators will still be killed in the process of protecting the meat industry for other consumers. You can take your impact a step farther by becoming versed in the individual issues your state faces in predator control and wildlife management. Educate yourself on which methods of predator control are legal in your area, which ones are used most frequently, and contact your representatives to petition for the protection of large carnivores from the meat industry. The animals can’t speak for themselves so they’re depending on you to do it for them!