Borneo is Burning and Orangutans Need Your Help 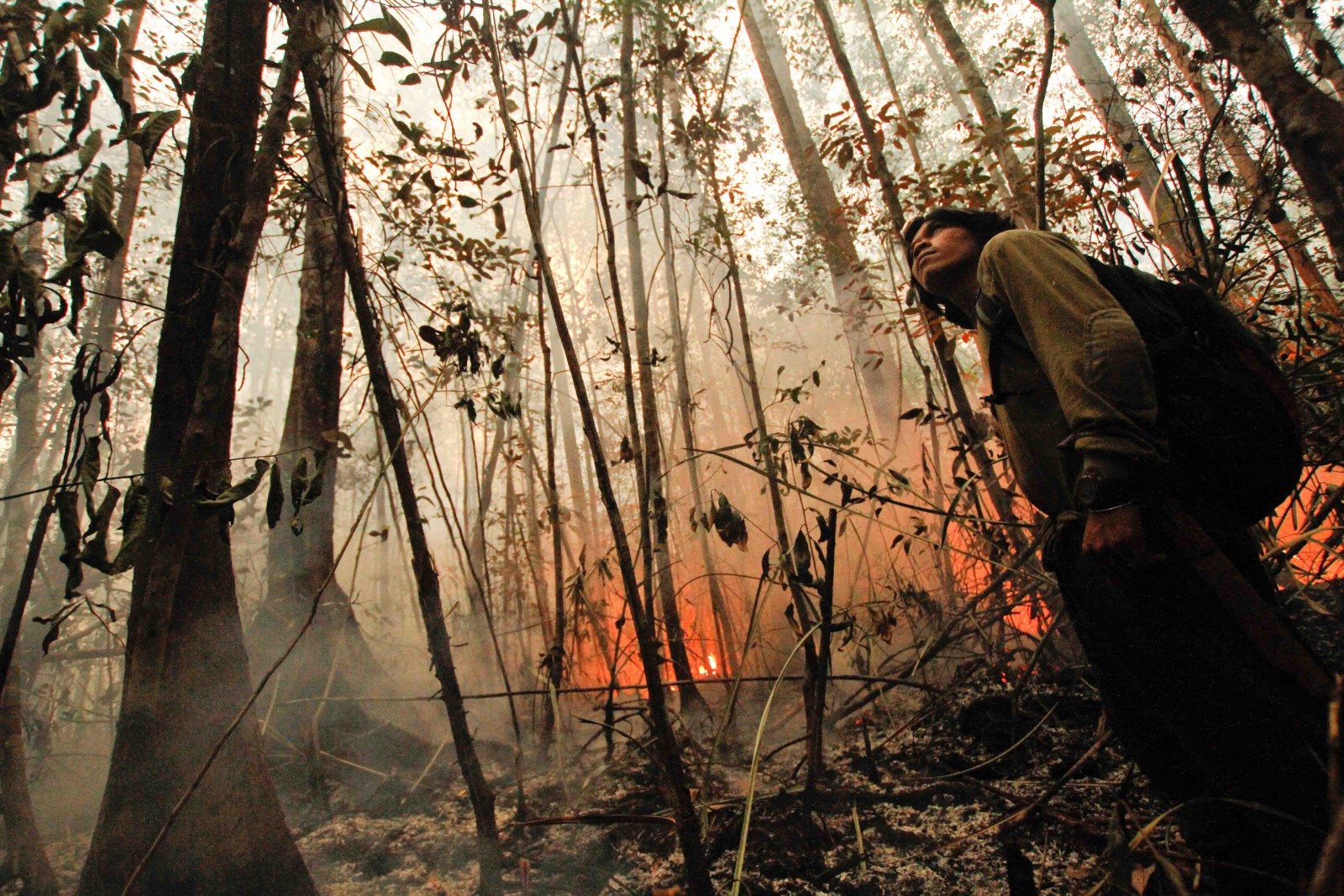 Devastating wildfires have been ravaging the forests of Indonesia since this past July. Spreading throughout Borneo, Sumatra, and Papua, deep-burning peat-land fires have produced thick blankets of toxic smoke that threaten communities and wildlife alike.

Borneo’s peat-swamp forests are home to over 20,000 endangered Bornean orangutan – one-third of the total remaining wild population. This is a major environmental catastrophe, but only now are the international media waking up to the extent of the damage caused, both locally and globally as one of the world’s most important carbon stores goes up in flames.

Orangutans have been under threat for decades as swathes of land in their native home have been sold off to be logged or converted for monoculture farming of crops such as palm oil. Now, the fires, intensified by severe drought caused by an El Niño event, are further threatening the orangutans and all of the forest’s other inhabitants; plants, animals and people. 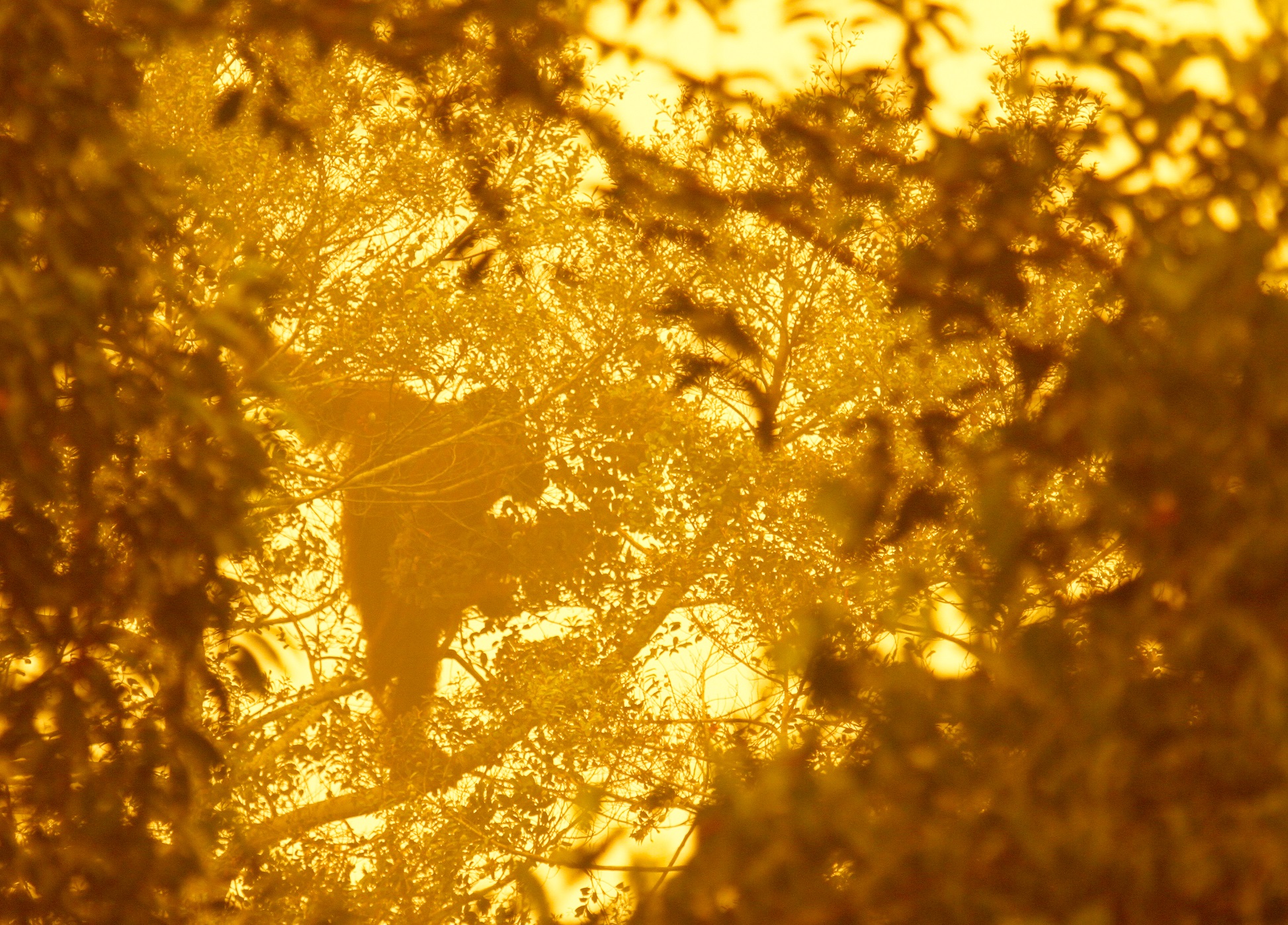 An orangutan photographed through the yellow smog.

The causes of the current disaster are complex, but peatland drainage and degradation play a significant role, as companies burning forests for land clearance have allowed the blazes to rage out of control. In the last few months alone, 13,000 miles of forest have been destroyed across Indonesia.

Large palm oil companies have been held responsible for burning forests in the past and a ruling last year in the Indonesian Supreme Court ordered one company to pay $26 million in compensation for the damage caused. However, such cases are the exception, and little is being done to strengthen law enforcement and prosecute those responsible. Many fires also occur outside of palm oil concessions, particularly in unmanaged lands, leading to fires being left to smolder unattended, creating vast amounts of smoke.

In the midst of the smog, smoke, and devastation, some heroic conservation groups are fighting day and night to save the forest and its animals.

One organization working hard on the ground in central Borneo is the Orangutan Tropical Peatland Project (OuTrop), which operates primarily in the peat-swamp forest of Sabangau; home to the world’s largest wild orangutan population. Carrying out fieldwork and building capacity in the area, OuTrop have been supporting local fire-fighting teams to battle the fires that have already destroyed forest in the area. 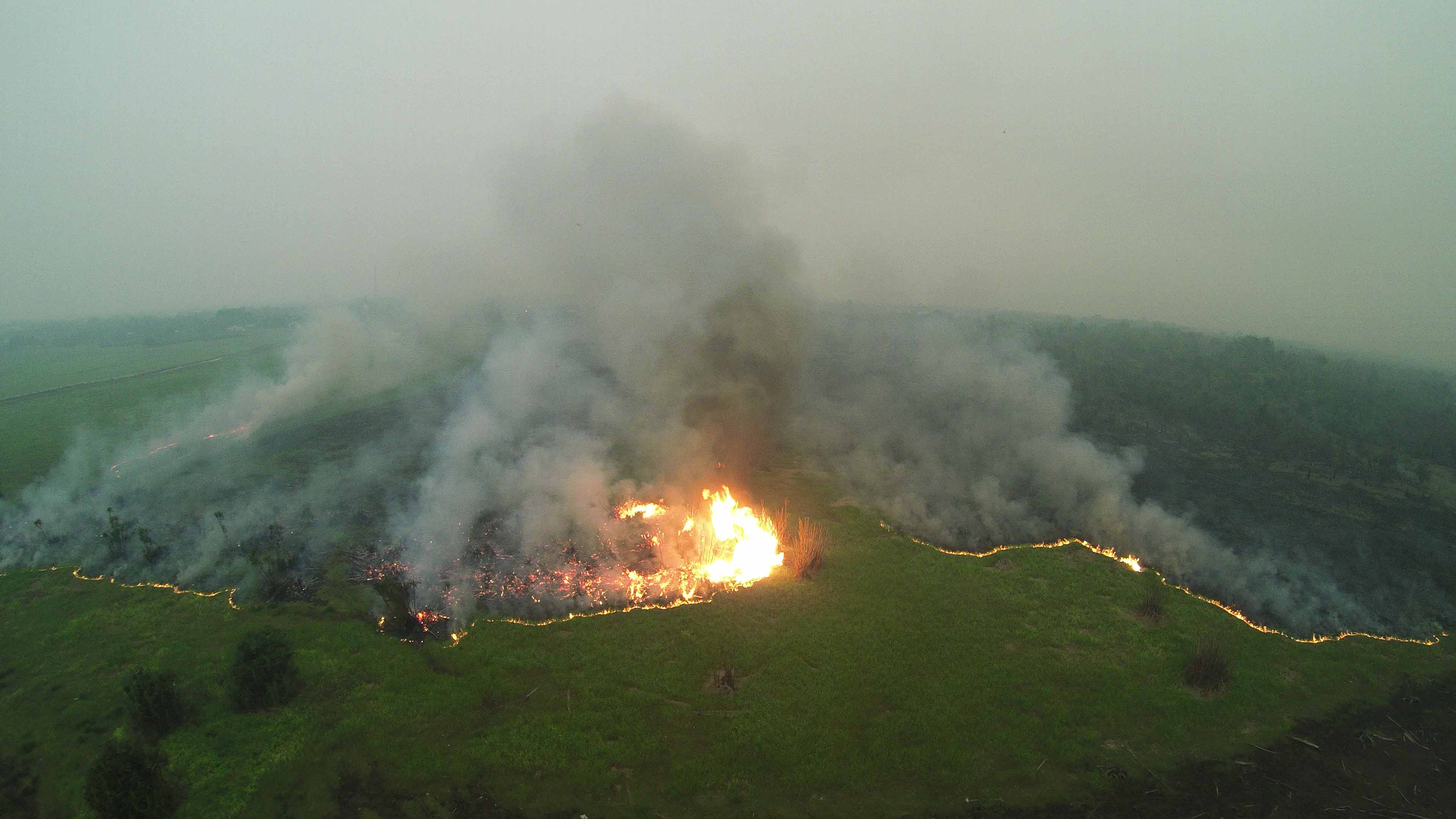 OuTrop’s Operations Manager, Karen Jeffers, shared her experience of the impact the fires have already had on both people and animals in the area.

She explained to One Green Planet, “Masks available locally are completely inadequate and not everybody here seems to be aware of the health risks – or can’t allow themselves to think about it as they simply have no way of getting out of the area. There are already reports of miscarriages and premature deaths among babies, the elderly and infirm directly attributable to the smoke. Schools have been closed for weeks. The Sabangau forest has being savaged, ravaged and decimated by a fire that has run out of control. It is unbearable to contemplate the damage that has now been done.”

During the last two months, the focus has been on extinguishing the flames, but rain in recent days has meant that the fire has abated, and the air quality is good. The OuTrop field team now has the daunting and distressing task of getting back into the forest to assess the damage and the impact on the orangutan population and other animals living in the forest; something which could not be done while the fires were burning.

But although the fires are under control for now, the work is far from done. Fire continues to smolder deep in the peat, threatening to reignite and the locals are hoping for sustained, torrential rain to help ensure the fires do not return. However, the El Niño event is predicted to cause exceptionally dry conditions throughout the rest of 2015 and into 2016 which means local communities and fire-fighting teams must remain vigilant and ready to act quickly should conditions deteriorate. 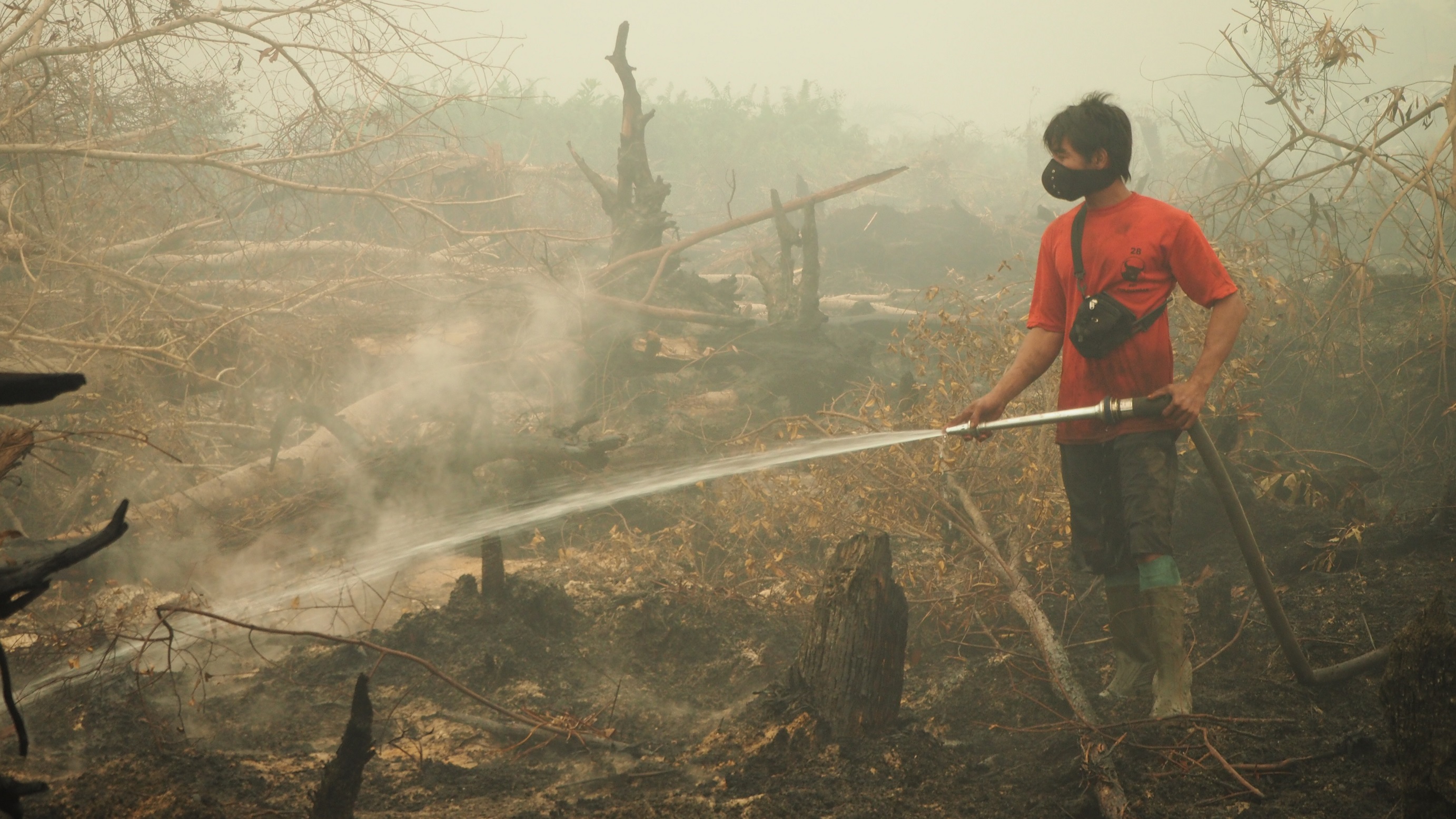 A brave local fire fighter works to stem the flames.

Most fire-fighting teams are made up of brave volunteers who receive little or no support from local or national government. OuTrop is committed to raising funds so they can donate the equipment these teams so desperately need: water pumps; hoses; nozzles; masks; gloves; medical supplies and safety clothing, all of which are beyond the financial resources of these self-funded teams. If anything has been learned from the events of the last two months, it is that communities need to be ready to fight the fires when they return, as they will, either this year or next.

But OuTrop cannot do this alone. The people, animals, and forests of Borneo need your help. Green Monsters can get involved by supporting OuTrop in their vital work and by sharing this article to connect these heroic people with the widest audience possible.