The Roots of Deforestation in the Amazon 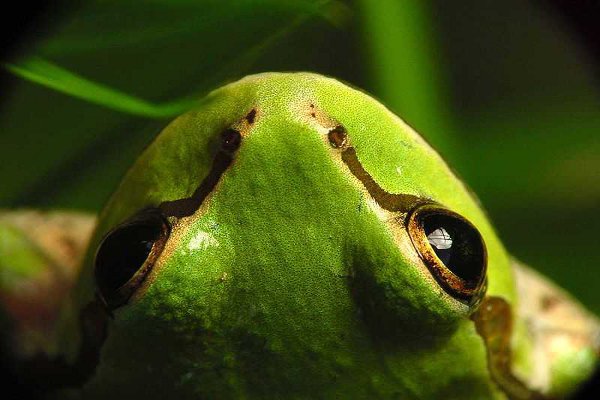 The Amazon is the world’s largest tropical rainforest, comprising of over half of the earth’s remaining rainforests and covering 1.4 billion acres of the Amazon Basin. The forest covers a vast territory over 8 South American countries Brazil, Bolivia, Colombia, Ecuador, French Guiana, Guyana, Peru, Suriname and Venezuela. The Amazon produces 20% of the earth’s oxygen and contains one in ten of all species on the planet including 40,000 plant species, 3,00 freshwater fish species, 370 reptile species, 1,294 bird species, 427 mammals and 428 amphibians. The Amazon River spans 4,100 miles long and is responsible for 20% of all free-flowing freshwater on earth. Up to 30 million people, including 280,000-350,000 indigenous people rely on the rainforest as a source of food, income and medicine.

The Amazon rainforest consists of four main layers the emergent layer, the canopy, the understory and the forest floor each with it’s own unique ecosystem.

In the highest layer of the rainforest, the emergent layer, trees receive the most sunlight and trees like the hardwood evergreen can grow up to 200 foot. This layer of the forest is an ideal habitat for bats, butterflies and monkeys as they are protected from predators and can safely feed and nest here.

The canopy layer, beneath the emergent layer, provides a rich source of food for many species including sloths, toucans and tree frogs. The thick winding branch system also acts as a natural barrier to protect plant and animals species from UV rays.

The understory layer is often dark and dense with thick vines and shrubs that shield many animals from predators. Trees in this layer have extra large leaves so that they have a better chance at absorbing the sunlight that penetrates through the vines and branches above. Due to the dark environment of the understory, many nocturnal animals like owls, leaf cutter ants and bats reside here.

The final layer, the forest floor receives very minimal light and as a result, the soil quality is poor. However, the layer still plays host to a vast variety of species that thrive in darkness and moist conditions including beetles, termites and anacondas.

The Roots of Deforestation

The Amazon rainforest acts as a carbon store and retains 90-140 billion metric tons of carbon, according to WWF and without the rainforest the world may experience radical climatic changes. One of the main factors threatening the rainforest is deforestation which is fuelled by logging, agriculture, urbanisation, infrastructure development and road building. Since 1970, 600,000 square kilometres (232,000 square miles) of forest have been destroyed.

Up to 70% of the deforestation in the Amazon is attributed to the creation and expansion of cattle ranches according to Mongabay. The cattle industry is largely export driven and the Center for International Forestry Research (CIFOR) states that the percentage of Europe’s meat imports coming from Brazil rose from 40% to 74% between 1990 and 2001. Furthermore, 91% of land deforested since 1970 is used for cattle grazing. Soybean production is also a significant contributing factor to deforestation and Brazil is currently the world’s second largest soybean producer.

The intense process of urbanization over the past few decades has left the Amazon rainforest divided and diminished in size with highways cutting across the rainforest and areas of primary and secondary forest cleared to make room for settlements. The Brazilian government have in the past participated in large scale relocation projects by relocating poor urban city dwellers to rural areas by allocating areas of land to be used for farmland and building purpose as a means of livelihood enhancement. However, this has only fueled rainforest destruction as land is cleared in an unsustainable way and wildlife populations are threatened with habitat loss.

Each year in the Amazon rainforest alone, an alarming 9.6 million to 23.5 million mammal, bird, reptile, amphibian and fish species are taken from their homes in the forest and either killed or sold as exotic pets. Birds are one of the prime targets for wildlife hunters and traffickers who may kill them for feathers and other body parts to be sold as tourist trinkets or sell them alive to be used as caged pets. 95% of all animals trafficked in South America come from Brazil and when exported across the world, many do not survive the long journey. The creation of roads in densely forested areas also increases the prevalence of the wildlife trade and gives rise to an increase in bush-meat consumption.

Between 60-80% of all logging in the Amazon is thought to be conducted illegally. Loggers often work on small to medium scale logging operations in remote areas, where they are free from the gaze of government officials and are able to forge documents about the origin of the wood. The existing forestry laws are also bypassed through bribery of corrupt officials who may grant logging concessions to illegal loggers. Selective extraction of trees also has a damaging affect on the ecology of the rainforest as 10- 40% of living biomass in a selected area can be destroyed through this process whilst canopies can be opened up by 14-50%, dramatically affecting the eco-system of the forest layers. According to the Carnegie Institute at Stanford University, selective logging can create twice as much damage than standard logging.

Thankfully, between 2002 to 2006, deforestation rates in the Amazon dropped by 60% and the area of protected land has increased by 1,000,000 square kilometers making the current total area of protected land 1,730,000 square kilometers. The efforts from conservation charities like Greenpeace, Rainforest Action Network and WWF as well as from individuals are helping to protect this precious rainforest. For future generations.

For additional information on deforestation visit: