Why These Experts Think the Animal Rights Movement Is Failing, and Here’s How You can Help 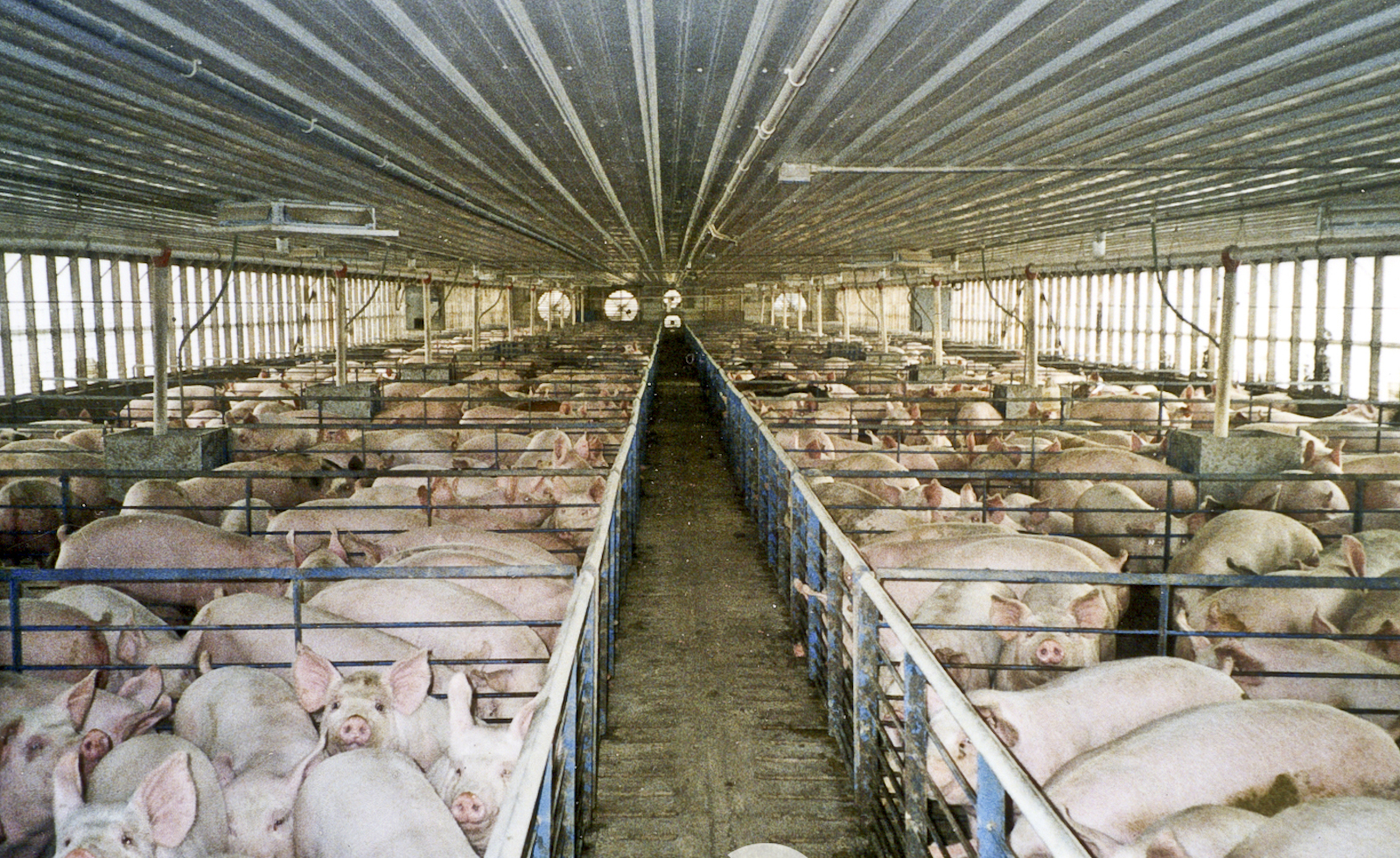 The animal rights movement has picked up support in the last few years, but is still making little progress towards change. In their newly published paper, “Denial of Death and the Relationship between Humans and Other Animals,” Lori Marino and Michael Mountain make the bold claim that the animal rights movement is actually failing. Taking a look into the human condition and psychology to figure out why we feel the need to distance ourselves from our animal counterparts, Marino and Mountain posit that the fear of our own mortality is at the heart of why we treat animals badly and why animal welfare efforts aren’t progressing as fast as they ought to.

Though we have made significant progress in the way we treat pets, Marino and Mountain argue that all other aspects of animal welfare have stayed the same, if not been destroyed more heavily by human involvement. This includes our animal conservation efforts, the status of animals in captivity, and our treatment of farm animals. If we can somehow understand and remind ourselves that we are also animals, then maybe we can adjust our long-conditioned view that we are “better than” other animals and change how we approach the way animals outside the human spectrum are treated, but first it is imperative that we understand what is holding us back.

Why Do We Use and Abuse Animals?

Marino and Mountain use Ernest Becker’s Terror Management Theory (TMT) to create their argument around why humans feel the need to set ourselves above animals. The theory, developed by Becker in the 1970’s, finds that the awareness humans have of our personal mortality creates a level of anxiety that drives much of our species’ behavior, including how we treat other non-human animals. To cope with this anxiety, we view animals as commodities and in some way their death is less significant than our own.

Animals are a source of food for most of the world’s population, as a result we torture them and keep them confined in abhorrent living conditions for their entire lives until they become food. We’ve condemned many species to extinction, especially in the past century, and we show no signs of slowing. Even the pets we lovingly bring into our homes and treat like children are often produced in puppy mills, condemned to a life of health problems and potential pain.

But, why? The TMT finds that when humans are reminded of their personal mortality, they tend to deny their biological identity and separate themselves as far as possible from the reality of their animalness.

“Becker’s central thesis was that human behavior is motivated by our fear of death,” Michael Mountain, founder of the Best Friends Animal Society and team member of the Nonhuman Rights Project, tells One Green Planet. “Other animals have moments of terror, but we’re the species, as far as we know, for whom anxiety over our mortality is never far from the surface.”

The awareness that humans have of our looming death is the force behind much of what we do. We strive for success as soon as possible, because dying with limited achievements scares us. We try to make a name for ourselves and individualize ourselves in everything we do. The constant reminder animals provide of our own mortality threaten these goals. Acknowledging that we are “just an animal” like the chicken we use for food, for example, brings the idea of death closer to home. By considering ourselves an entity better than and above non-human animals, we feel more immortal. We feel like we have time to accomplish all we dream for our lives.

“Civilization itself is a vast construct designed to give us a sense of immortality,” says Mountain.

Instead of regularly accepting that we too, are animals, we choose to distance ourselves from other animals by considering them commodities. We consider animals something meant for our use. Our knowledge of our own mortality thus causes us to foster an extremely dysfunctional relationship with both animals and nature.

Our Strained Relationship With Animals

This need to separate ourselves from other animals becomes incredibly obvious when you take a step back and look at the variety of ways we treat animals. Instead of acknowledging that we are taking a life of an animal, we choose to think of them as inanimate objects. The idea that an animal is losing its life, either by way of death or to captivity, because of our actions is uncomfortable to most people, so they choose not to think about it in that manner. Instead, we view it through the lens that animals exist to serve our own purpose, therefore when we exploit them as commodities, it is justified.

The food industry is blatant example that demonstrates that we truly do not consider animals to be self-aware, feeling beings. Cows are injected with hormones and antibiotics and forced to produce milk constantly. Pigs are brutally slaughtered. Chickens are kept in cages so small, they’ll never be able to fully stretch their wings.

That’s not all we do, though. We continue to treat animals poorly for our own entertainment. Dog fighting is still a huge problem, despite the fact that it is universally considered cruel. Keeping animals in small enclosures and having them perform day in and day out, however, does not illicit the same negative reaction. Circuses put elephants through hell to achieve the “amazing” stunts people pay to see. Marine parks are still wildly popular. We even still use animals for our “fashion” in the form of fur and leather.

Animals we claim to care about are still disappearing at an unprecedented rate. Tigers, everyone’s favorite big cat, are still hunted for sport and killed for their meat and skin. Even other cute and “lovable” species of animals stand no chance against the threat of illegal wildlife and hunting.

By treating animals as resources instead of as living, feeling, beings, we make ourselves feel “better” about their death as a result of our use. Treating animals in such a way, as objects, then becomes justified in our minds, making us feel better when it should invoke feelings of remorse.

“The better we understand what’s motivating us, the more we’re able to relate to it,” says Mountain. “Just living our lives without hurting other animals would naturally help to alleviate much of our fear of our own mortality.”

How Can We Change

“The animal protection movement has worked overtime to change how we relate to other animals, but what we’re up against is something very deep in human psychology,”  says Mountain. “We can certainly make small changes – like marginally better conditions for pigs at factory farms. In the next few years we’ll probably see the first chimpanzee or elephant being recognized by the legal system as having the right not to be held captive.”

There are ways we can all make changes to improve our relationship with the natural world. One simple way to evoke progress in animal rights and welfare is by just changing the way we discuss and refer to animals.

“[We can] call the animals what they are: pigs, cows and chickens. When you’re “pork,” you’re a commodity. It’s all just another way of distancing ourselves from who they are – that they’re someone, not something,” says Mountain. This shift in thinking, though not the entire solution, can help us down the path towards greater achievements on this front.

It is time for us to make bigger changes, though. If we are aware that our own psychology is causing us to disconnect from the terrible ways we treat animals, we can do more. By looking at how we treat animals in situations like animal testing, the meat industry, and entertainment, we can begin to realize that there truly is no longer a need for the cruelty, these industries are in a manner, unnecessary. And this perspective can help us to promote change in animal welfare.

By opting out of practices that include animal cruelty, you will not only satisfy your psychological need to avoid the idea of mortality, but you will be slowing the “need” for cruelty altogether. Animal rights really boils down to recognizing cruel practices, acknowledging how unnecessary they are and realizing we have the choice to not participate in them.

“Any of us can set out to treat our fellow animals, including each other, with the respect we’d like to be shown to us,” says Mountain. “That’s just the basic golden rule: treating all living creatures as we ourselves would want to be treated.” And there is no better way to show respect to animals than by allowing them to live life free from torture, free from cruelty.

Marino and Mountain believe that the only viable future for people wherein we can improve animal welfare lies in achieving some acceptance of our own mortality. We must develop a more humble relationship with our fellow animals and the natural world. By acknowledging our fear of death, and understanding that we really are “just animals,” we can focus on changing our ways. We rely on animals for survival in a number of ways, and they rely on us. By opting out of industries that are inherently cruel, we can change the lives of the animals suffering, as well as all animals to come. We can take our psychology into our own hands and focus on restoring the balance needed for a life of harmony between people, animals, and nature.