10 Facts About the Dairy Industry That Will Shock You 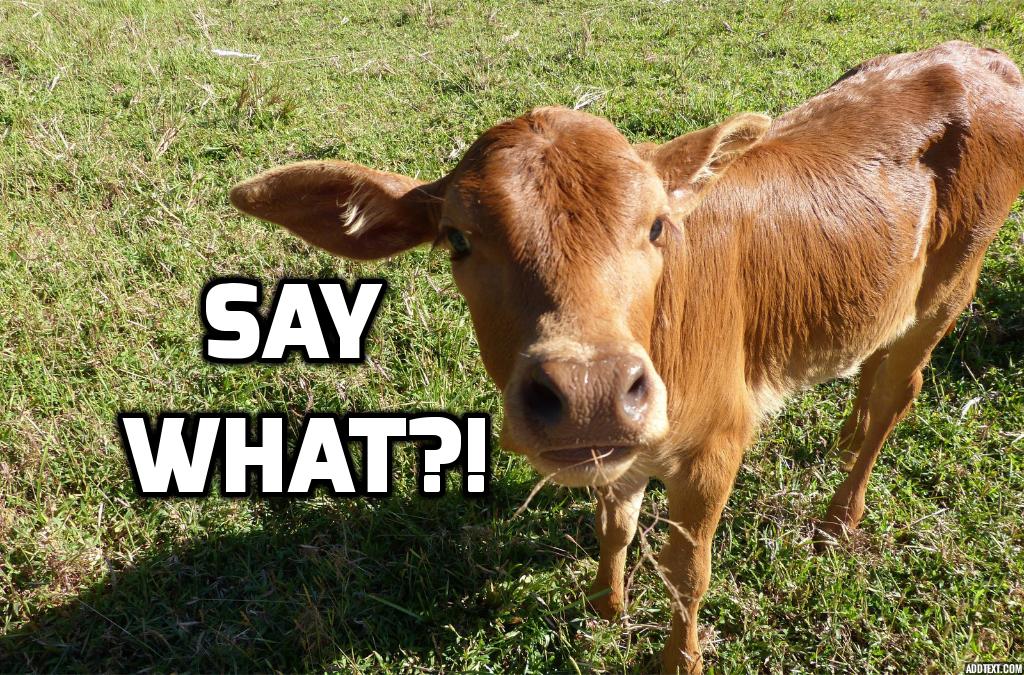 Some facts are so surprising that they can cause you to spurt your drink straight out your nose in shock. Well, let’s hope that drink isn’t dairy-based, because the facts that you’re about to read may make you not just want to get that milk cleaned out of your nostrils, but right out of your life as well.

The dairy industry has more than a few tricks up their sleeves to make you believe that consuming dairy products is just a normal, healthy, and friendly part of every person’s life. Just how much truth is behind this positive outlook on dairy?

10. Cow’s don’t actually “need to be milked by humans” in order to survive

How many times have I heard this argument? Too many to count. According to those who believe this, a cow needs to be milked or else she’ll explode. Not just get an infection or feel discomfort, but almost literally – explode. But let’s just use some reason here through a comparison: when a human mother gives birth to a child, but for whatever reason cannot personally breastfeed that child… does she explode? Is the world filled with combustible women ready to burst from the breast outwards?

While new mothers may experience discomfort at first while raising their child without breastfeeding, eventually their milk dries up, explosion-free, and they live out the rest of their life. Humans and cows are both mammalia of the animal kingdom, along with plenty other species who breastfeed their newborns. Does a fox explode when we don’t milk them? How about a dog?

Like any species, it is usually the job of the offspring to do the milking, not a third party syndicate waiting to sell your bodily fluids to fully-grown beings.

When people retort, “Well how do you KNOW that for sure?” just tell them to ask their mother if their doctor ever warned them of the dangers of self-explosion during their pregnancy. (I’m sure there would be a lot fewer new mothers if this were the case!)

Another “great” argument is that, if we don’t use cows for their milk, they’ll take over the Earth, roam wild and cause mayhem and destruction. Dairy farmers give cows jobs! In this economy, who can turn down that offer?

Cows can. Because they aren’t a part of our economy, or our society. Cows don’t hold human values like needing to “make a living” or having a set purpose in life. Cows do not express the desire to work for humans or do something beneficial for humans, so it’s a little silly to argue that a cow is bored when she’s not being used for dairy or that she’s serving no purpose if we can’t get something out of her. What matters to a cow is their life, their friends, and their offspring. What doesn’t matter to her is whether or not she can provide you with money, cheese or ice cream.

Dairy cows are impregnated via a method called artificial insemination (warning: the terminology used by the dairy industry deals with phrases related to sexual assault). Dairy farming begins by making bulls ejaculate, typically using an “electroejaculator,” collecting their sperm and then forcibly impregnating female cows with the semen in a constraining device the industry refers to as a “rape rack.”

If it doesn’t sound pleasant, that’s because it isn’t. Nearly, 75 percent of the world’s animal agricultural practices utilize artificial insemination. Physical injury, disease and infection can occur as a cause of artificial insemination, especially if as the industry states the person providing insemination is not extremely careful and properly trained.

7. The amount of money the government spends to promote the dairy industry

Milk! It’s good for you! You love it! You want more of it! Your life would be incomplete without it!

… At least, that’s how most commercials for dairy products depict cow’s milk. Commercials and advertisements which sell dairy products focus on at least one of two categories: “low fat milk keeps you strong, healthy and active” or “high fat dairy products are a guilty pleasure.”

Yet each year, “USDA-managed programs spend $550 million to bombard Americans with slogans like these urging us to buy more animal foods.”

The fact remains that most Americans already eat an excess of animal products, high above nutritional recommendation.

But when you consider that, “Each marketing buck spent boosts sales by an average of $8, for an annual total of an extra $4.6 billion in government-backed sales of meat, dairy, and eggs,” it becomes a bit more clear why people run to fill up on so many animal products.

If this wasn’t enough, the U.S. government also spends on average more than $30 billion in subsidies for animal products such as dairy, and only a fraction of a fraction of that much on fruits and vegetables.

6. The life for calves in the dairy industry

Artificial insemination of dairy cows doesn’t just make them lactate – logically, they also give birth to a baby. But the dairy industry has no use of a being who intends to drink the milk that they intend to use for profit. Male calves, who cannot be raised to themselves become dairy cows, are slaughtered early on in life for veal. The dairy industry is the backbone of the veal industry – without it, the routine slaughter of calves could not continue.

5. Life for cows after the milk runs out

Just like veal calves, dairy cows who cannot produce milk due to exhaustion or disease are of no use to the dairy industry. Instead of “wasting resources” (feeding, sheltering), these cows are transported to factory farm feeding facilities to be fattened up, then slaughtered for meat.

Ever heard of rennet? It is “a complex of enzymes produced in any mammalian stomach, and is often used in the production of cheese.”

While rennet from plant sources exists, it’s not uncommon for cheese to use rennet from the stomachs of slaughtered calves. Most people assume that cheese is made solely from the milk produced by cows, however, this process also involves the use of other parts of the cow.

3. Organic dairy may be “healthier”, but it’s not concerned with animal rights

In order to avoid some of the cruel practices that occur in factory farms, some consumers switch over to organic dairy products in hope of a humane alternative. But organic doesn’t necessarily refer to the rights or well-being of an animal–at most, it shows a concern for the health of the consumer first and foremost and only hosts the well-being of cows in mind as an afterthought.

As Kind Lifer, Alicia Silverstone writes, “many animal protection, consumer advocacy, environmental protection, and public health organizations have argued that the animals in large organic farms face the same conditions as those on non-organic factory farms. Investigations at farms owned by some of the largest organic dairy companies like Horizon Organic have verified this.”

2. You don’t need cow’s milk in order to survive

Even without making a point on how 2.5 percent of the American manages to survive without drinking milk, it would be easy to see that milk is not some magic life elixir: lactose-intolerance has been common among the population for many years. These people live with either a severely reduced intake of dairy or absolutely no dairy intake at all, and still manage to live happy, meaningful lives.

When you understand how to find the beneficial vitamins found in milk from other sources, there is no need to consume dairy. The American Dietetic Association and Dietitians of Canada said in 2003,” that properly planned vegan diets were nutritionally adequate for all stages of life, including pregnancy and lactation.”

Meaning that a life without dairy can be nutritionally adequate. Find out where healthy, plant-based sources of calcium come from here.

And remember: you’re not a cow, why would you biologically need cow’s milk to survive?

1. Cows don’t have to live this way

Seeing videos of dairy cruelty and understanding just how widespread this cruelty is can be daunting. Some may feel that the problem is too big, that there’s nothing we can do to change the lives of these animals.

But it doesn’t have to be this way: animal rescue organizations like Farm Sanctuary exist to give cows and other farm animals a life free of pain and exploitation. Supporting organizations like these, as well as relinquishing your support of the dairy industry, is the best and easiest way you can help abused dairy cows.