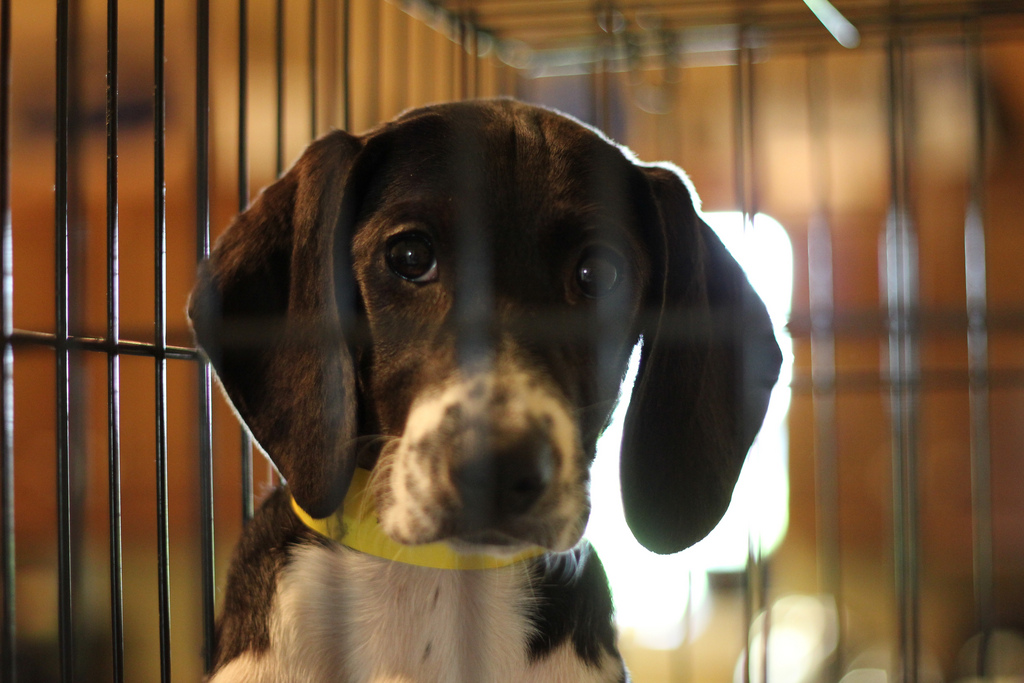 We love our companion animals, and so many of us are now finding our new best friends through adoption at a shelter, rather than buying from a pet store.

It’s no secret that pets are being euthanized due to lack of space, and it’s happening at an alarming rate. There are 5,500 dogs euthanized each day in the United States, and thankfully, so many great shelters are working to fight that statistic. The no-kill movement in particular is dedicated to reducing the euthanasia of healthy pets, and creating more effective shelter systems.

These chosen ten no-kill shelters are just a handful of so many successful groups that have increased adoptions, foster networks, facilities, and services to decrease euthanasia of healthy pets. What we need now is cooperation among communities and animal facilities to see the common goal of reducing population-control euthanasia, so that we can have the most effective shelters for animals!

Under the direction of Dr. Ellen Jefferson, APA has become a nationwide leader in the no-kill revolution. She used years of data to find a solution to Austin’s shelter euthanasia rate. They began by targeting their help to animals on the Austin Animal Center’s (AAC) euthanasia list, and using the data from animals they saved to create a more efficient system. The entire report can be found here, some of the solutions included: more off site adoption events, larger foster program, and Parvo ICU and isolation unit for sick animals. The APA continues to operate off of data and best practices – in 2011 their live outcome rate reached 90 percent, meaning 90 percent of animals were saved! They have a great guide to getting no-kill started in any shelter.

Utilizing a program known as “Feral Freedom”, a trap neuter return program modeled after the pioneering effort launched in Jacksonville, the city of San Jose Animal Care and Services was able to reduce their euthanasia rate for cats by an impressive forty percent. Deputy Director Jon Cicirelli and Beth Ward, chief operating officer of the Humane Society of Silicon Valley formed We Care, a coalition of six shelters in the San Jose area dedicated to reducing euthanasia rates.

As a member of the Animal Shelter Alliance of Portland (ASAP), a coalition of the largest animal welfare organizations serving the four-county Portland metropolitan area, Multnomah has become a model of what it takes to reduce euthanasia rates.

According to their website, “Our save rate for dogs is now up to over 90% and we’ve recently implemented several new programs to increase the save rate for cats. In 2012, ASAP member shelters collectively achieved an 85% live release rate. This is amongst the top in the nation for populations over two million people. Detailed, annual agency statistics for our shelter are available.”

What’s been most helpful in reducing euthanasia rates? Multnomah says that “transfers of dogs and cats to community partners such as private shelters, rescue groups and private foster homes for high-needs animals” have been incredibly important.

These members include over 25 different shelters and organizations who are dedicated to reducing euthanasia rates and increasing live outcomes. The collective live outcome rate in 2012 for the Metro Denver Shelter Alliance was 85 percent (up from 72 percent in 2005).

According to an article published in Animal Sheltering, “MDSA is able to track its collective live-release rate thanks to two central principles that its members have agreed on: a common, nonjudgmental language that’s clearly defined and consistently used, and statistical transparency.”

It’s great to see communities coming together for the animals, and the Metro Denver Shelter Alliance is paving the way for a successful model.

The Richmond SPCA began their journey of being a successful no-kill shelter in 2002, and since then has saved 34,457 lives! How did they do it? According to NBC News they partnered with Richmond Animal Care and Control, the city’s shelter, with the joint goal of ending the killing of healthy, homeless animals in the community. Then, they began limiting the animals they accepted, opened a spay/neuter clinic, created a foster program, and talked more about what it means to be a great pet caretaker.

Then what happened? NBC reported that “By 2006, two years ahead of schedule, the partners had achieved their goal: an adoption rate of 75 percent or more, with no more healthy but homeless animal dying in the city.”

According to the Tompkins County SPCA website their journey to no-kill began in 1999, “a vision fully realized by the end of 2001.”

In the spring of 2004, the SPCA opened the Dorothy and Roy Park Pet Adoption Center, a sheltering facility that provides dogs, cats and other companion animals with comfortable, healthy, home-like settings.  Registered as the nation’s first “green” animal shelter (U.S. Green Building Council) for its environmentally minded, sustainable design, the facility is “good for people, good for animals, and good for the planet.”

Earlier in 2013, the shelter received a grant from the ASPCA for a vehicle needed to transport animals to and from the spay/neuter clinic and funds to hire an additional staff person to target cat overpopulation. These additions have helped them become even more effective in their mission.

The NHS shares their success story in their detailed guide, “How We Did It.” They attribute their success to a ten step process which includes goals like, establishing priorities and aligning actions to save lives, and more simple goals like staying flexible. One great program the implemented was establishing a help desk to give people encouragement and tips related to keeping their animals at home, rather than relinquishing them to the shelter.

The NHS says, “Rather than trying to be all-things-to-all-people and doing a mediocre job, we decided to focus on first doing a good job for our local community and the animals in it. Once this is accomplished, we plan to expand our reach from a position of success to make a real difference for other communities.”

Dane County is an open admission shelter, meaning they accept any animal, and most impressively they guarantee that all healthy cats and dogs and those with treatable medical/behavioral conditions will find new homes. DCHS is part of a coalition with Dane County Friends of Ferals that received a grant from Maddie’s Fund over a five year period to become an adoption guarantee community. This was accomplished by hosting joint adoption events, transferring animals among partner members for the best care and placement, and providing mutual support for each organization.

The oldest and largest no-kill shelter in Arizona, the AAWL was formed in 1971 and has been doing good for companion animals ever since. Beginning in the 1990s, they began saving animals that would have been euthanized by the county, and rehabilitated them until they could be adopted. Now they have become, “a full service animal welfare organization and leader in innovative behavior training, medical care, adoption, education and community outreach programs. Today [the] shelter has an onsite veterinary clinic, kennels with a separate cattery, a training center and a freestanding infirmary.”

Probably the most well-known shelter in the no-kill movement, BFAS is making waves not only in their main Utah shelter, but also in Los Angeles, Jacksonville, San Antonio, Albuquerque, and countless others through their No More Homeless Pets Network Partner program. Their national initiatives are focused on keeping community cats safe and out of shelters with trap/neuter/return, battling commercial breeding operations, and fighting discrimination against pit bull terriers. (You might have seen their totally awesome PSA in 2013 featuring some of social media’s most beloved adopted pets.)

For more information on other no-kill shelters throughout the U.S., be sure to check out Fluffy Net’s list and NoKillNetwork.org’s online directory.