These Animals are the Faces of the Sixth Extinction

Something is seriously wrong in the world, but you might not realize it yet. Animals are disappearing from the face of the earth! In fact, one in five mammals, one in eight birds, one in three amphibians and one in four corals are set to go extinct. That’s a big deal, and not just because these animals are cute (although most of them are pretty amazing looking). It’s a symptom of a world that is teetering on the edge of a mass extinction. Mass extinction, like the kind that wiped out the dinosaurs. If you think it doesn’t effect you, just remember, that’s probably what the dinosaurs thought too!

There are some important differences between this modern extinction and the ones before. Namely, the fact that scientists believe that human activities are driving this extinction. Between deforestation, climate change, and poaching, our current extinction rates are 1,000 times faster than they should be. While this may seem extremely daunting, it is important to remember that humans also have the power to stop this extinction – but we have to move fast! We have to essentially race extinction.

It’s easy to think that the fate of these animals won’t affect us, but it will. We’re all connected. We’re all links in the chain, and when one link breaks, the chain is broken and cannot function as it was meant to. We need to protect these species because we don’t even know what the consequences will be if we don’t. And we hope we never have to find out.

Here are some of the faces of the animals being driven to extinction from human actions, along with some information about what is harming them and how we can help:

This is the Amur Leopard, the worlds rarest cat. They are stunningly beautiful, but they’re almost lost to history. There are less than 100 of them left in the wild! In 2007, a census of the leopards counted only about 20 adults and 5-6 cubs. And that was 7 years ago!

So, what’s killing these gorgeous cats? Well, its a mix of things. First off is poaching. That beautiful fur is coveted on the black market, and as long as there are buyers there will be poachers on the hunt for these rare cats. To help these awesome cats stay around a little longer, don’t buy their fur, and spread the word on just how destructive the fur trade is.

Deforestation is another threat to the Amur leopard’s survival. In it’s native region of Eastern Russia, their forest homes are being burnt down in the name of creating pasture land for livestock. We can help stop this deforestation by getting the word out on how it hurts not only these rare cats, but ultimately hurts us too. Deforestation is connected to a whole host of other problems, even including making animal born diseases like Ebola more likely to spread to humans. 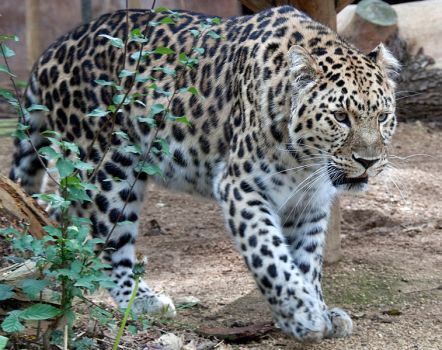 The majestic Mountain Gorilla! Doesn’t it just conjure up memories from your childhood? Mighty Joe Young, King Kong, etc. But there are only 700 of these animals left in the wild. They could be gone before we know it, and those movies would cease to make sense to the next generations of kids. Poaching and political instability in the African regions these Gorillas call home are hurting their chances of survival. The people of the Congo and of Uganda are often preoccupied with their own survival, trying to escape war and conflict, or trying to make a living that can meet their basic needs. So, when they see a gorilla, it’s easy to see the animals as a way to make some much needed money. But we can help the gorillas and help the people of the Congo and Uganda at the same time. If we can put an end to poaching by making sure there’s less and less of a market for illegal animal parts and at the same time educate people about how conserving wildlife can become a valuable part of their economies, we can do a lot to help save the gorilla from extinction. 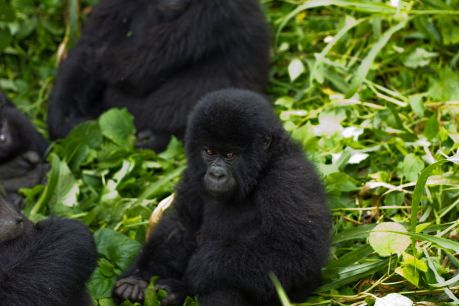 The Hawaiian Monk seal another species that needs our help, and it lives on American soil (or … water). These seals tend to live far away from human populations, which makes it puzzling why their numbers are declining so fast. It just goes to show that our actions have a much further reach that we usually think! There are less than 1000 of these seals left in the wild, and their numbers continue to decline. And though it’s still largely a mystery exactly what is causing them to die out, it’s suspected that commercial fishing has been reducing the populations of fish these seals depend on. These seals also sometimes get trapped in fishing nets! We can help them by reducing commercial fishing (which of course, means eating less fish). 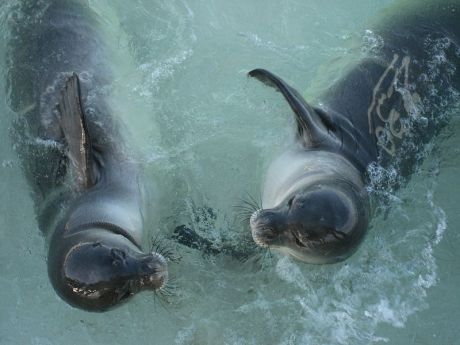 This is the Kakapo. These birds are native to New Zealand. They are flightless, and in their natural habitat never had to worry about escaping predators. That is, until the arrival of humans, and the species that accompanied them. Now, cats, stoats and ferrets, brought to the region by European colonialists, are responsible for killing off a large number of kakapos. The kakapo was actually thought to have gone completely extinct in the 1970s, until some tiny populations were found on a couple remote islands. Despite intensive conservation efforts, there are still only about 150 alive today. Hopefully, we can learn our lesson from the near extinction of the kakapo, and be more careful about introducing species into new regions. 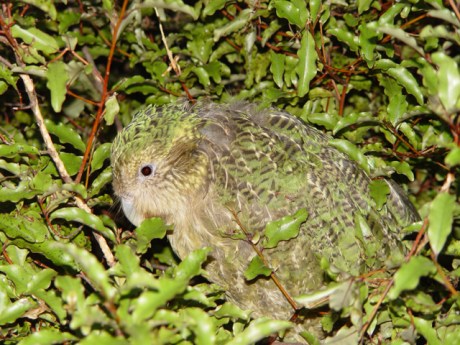 Who doesn’t love tigers? They’re majestic, awe-inspiring creatures. But they are also critically endangered. Poaching brought the Siberian tiger’s numbers to a mere 40 by the 1930s, but since then laws have been put into place to protect it and population has increased to around 500. That’s a big improvement, but it still leaves a long way to go before these awesome cats are out of danger. Once again, these animals need our help to protect them from poachers. Nearly every part of the tiger is thought to have some medicinal property in Chinese folk medicine, and for this reason there is still a high demand for tiger parts on the black market. With education about how these tiger products are hurting the species, the planet, and more, we can hope to put an end to the illegal trade. 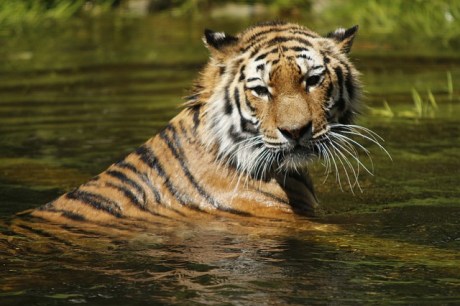 You might never have heard of this one, and it’s okay if you haven’t. The saola is so rare its almost mythological, it’s even been called the unicorn of Asia! There’s only a couple hundred left in the world. Once again, deforestation and poaching are to blame for the saola’s near extinction. But we hope it’s stealthiness means it can avoid those poachers a little longer, or at least until we can put a stop to their operations. 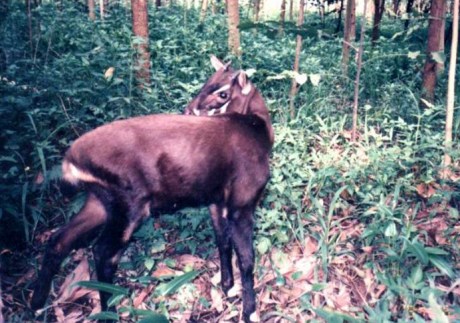 Also known as the Sumatran Rhino, this sub-species of rhinoceros is the most endangered. There are only about 40-60 left in the wild. Like the tiger, it was hunted to the brink of extinction because rhino horn was thought to have medicinal properties. The hunting of these animals is at last illegal, but it might be too late to save this species because the populations are so low and inbreeding is not always successful, or recommended. 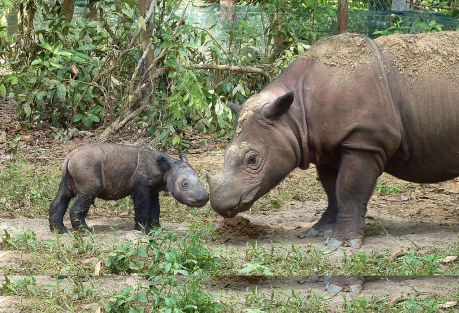 Here at OGP, we’ve written about Orangutans before. And probably will write a lot more about them in the future, because they’re just so adorable! But also, because they desperately need our help. One of the things harming orangutans most is the palm oil industry which is quickly eating up their homeland. As their habitat is destroyed due to deforestation, they are being pushed into extinction. But we can all help them by avoiding buying products made with palm oil, or we can just follow 10-year-old Jonah who is already making some big contributions for orangutans with his fundraising! You can find even more ways to help orangutans here.

The Leatherback Sea Turtle is the largest turtle species in the world, but now it is also one of the most critically endangered as well. Just over 20 years ago, there were more than 115,000 adult females swimming in the oceans, but now there are barely 20,000. That’s a shocking decline, and the numbers are still sinking. So, what’s killing these beautiful creatures? Mostly human activity – big surprise. Turtle eggs are stolen and nesting grounds destroyed by human activities. The turtles are also the victims of poaching as well as pollution. They are known to mistake plastic bags in the water for jellyfish, and when they try to eat them, they die as a result. We can help the turtles by reducing and recycling plastic products and by trying to conserve their beach nesting grounds.c 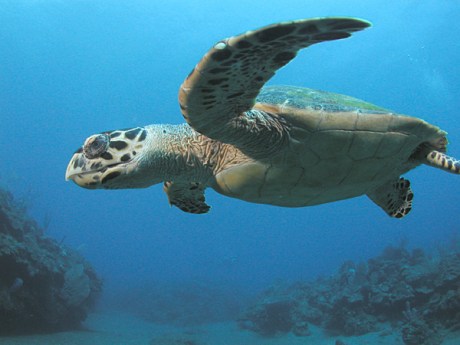 Whales are huge. Everyone knows that. Because they’re so big, it’s sometimes hard to imagine how little ol’ humans could harm them. But we can, and do. The Northern Right Whale is the most endangered of all the whale species, with only 350 left in the wild. It was the whaling industry of the 19th century that brought this whale species to the brink of extinction, and though it is protected now, it still needs a lot of help to recover. Whales are subject to getting caught in fishing nets and are also susceptible to ship strikes. Not to mention, climate change is effects their primary food sources, making the struggle for the Right whale even more difficult. 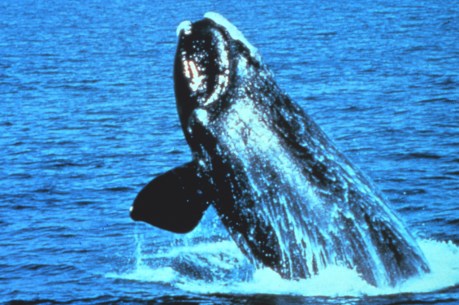