How Overfishing is Destroying the Rainforests of the Ocean 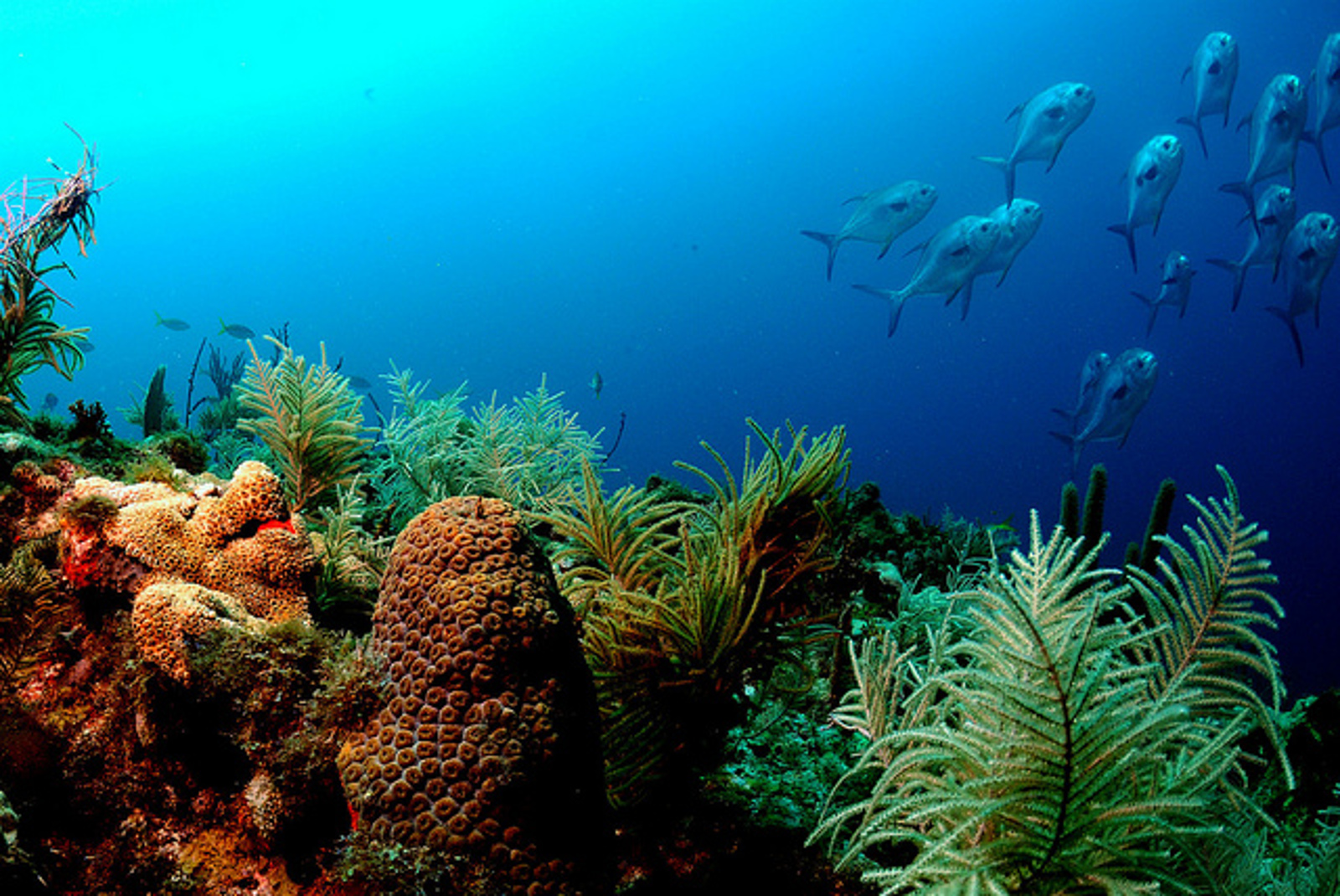 There’s something fishy happening on coral reefs, and the cause may play a much more significant role in coral destruction than previously thought. With climate change and ocean acidification already serving as prevalent coral killers, a new study tells us that we may have bigger fish to fry in regards to saving our reefs, and it takes on the name of overfishing.

Overfishing is the act of catching more fish than a population can reproduce and, currently, it is leading to the overall eradication of oceanic ecosystems. When large populations of fish are removed from reefs, it throws off the natural balances, which results in a domino effect across the ecosystem. Humans use a variety of destructive methods to capture these fish, and, unfortunately, these methods are causing harm in more ways than one. Human greed has led some of the world’s most breathtaking locations to near-ruin, but fish aren’t the only species that are threatened…corals may be the most at-risk of extinction if current trends go unchanged.

Why Should I Care?

Coral reefs cover a mere 0.2 percent of ocean floors, but they support 25 percent of ocean-dwelling fish species! Corals host the most biodiverse ecosystems in the world, and reefs are often referred to as “Rainforests of the Ocean.” Much like their terrestrial counterparts, underwater rainforests are incredibly useful and provide a wide range of services to humans.

According to Defenders of Wildlife, coral reefs prevent excessive storm damage to coastlines, AND they rake in billions of dollars annually through food, jobs, and ecotourism. To top it all off, coral reefs are insanely beautiful! What kind of monster would destroy something that magnificent? (Certainly not a Green Monster.)

Despite the benefits of maintaining healthy reefs, it’s no fish story that people are wrongfully treating them as an everlasting resource. According to a three-year study in the Caribbean, coral cover has declined by 50 percent since the 1970s, and the overfishing of grazing fish is much to blame for this result.

Grazing fish are herbivores that keep coral-inhabiting algae coverage in check. It’s important to maintain algal populations as they compete with coral for the same resources — mainly sunlight and space. Without fishy landscapers — such as the beaked parrot fish who scrape thick patches of algae off coral — reefs would have little to no room for reproduction, settlement, and overall growth.

Unfortunately, overfishing doesn’t stop at the Caribbean. Australia’s Great Barrier Reef continues to experience problems with crown-of-thorns starfish populations. These predators prey directly upon coral polyps and can cover large distances of reef in a short period of time. Few predators target the starfish, and those that do — such as the giant triton snail and the Maori wrasse — have been overexploited and overfished.

Furthermore, destructive fishing techniques such as bottom trawling are literally crushing deep-sea coral with weighted nets. These nets — used with the intention of capturing shrimp, sea bass, and cod that are later sold to restaurants and markets — are dragged for miles across the seafloor, killing everything that may lay in their path.

Coral reefs can take more than 10,000 years to form — a bit more than what we humans seem to think. If unsustainable fishing practices (combined with climate change and pollution) continue at current rates, it’s estimated that the Great Barrier Reef will reach a point of unalterable damage by 2030, and Caribbean reefs will follow within the next 20 years.

While the fate of coral may be murky, there is no reason to give up hope just yet! You can put a stop to both coral destruction and overfishing by simply removing fish from your diet. By doing so, you discontinue your support of the fishing industry. Furthermore, keep up to date with how to end overfishing, and read these tips from The Nature Conservancy to learn more about how you can support reef ecosystems!