What Does Eating Beef Have to Do With Species Extinction? 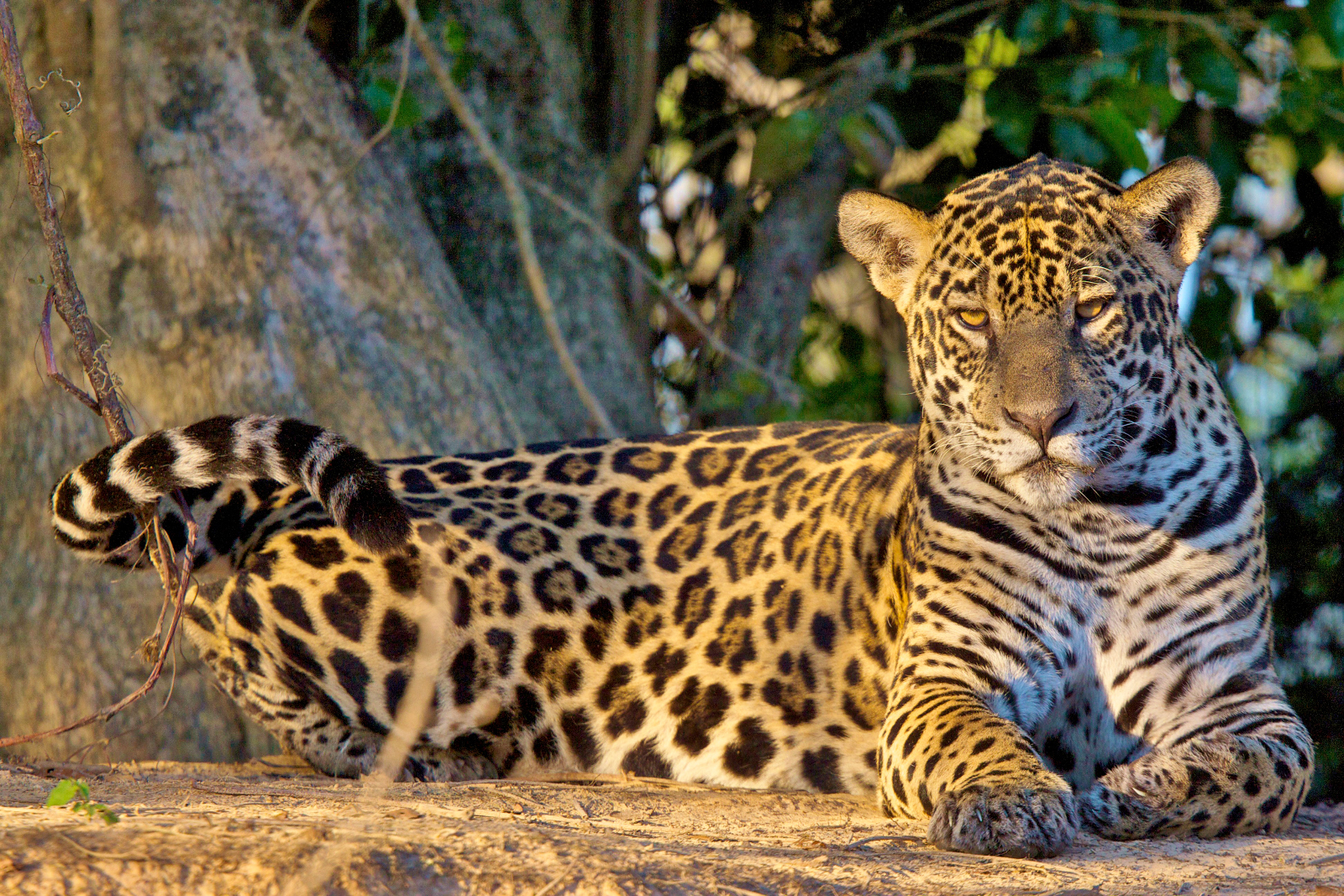 The Pantanal region of Brazil is the largest tropical wetland in the world. Making up a significant section of the Amazon rainforest due to the unique ecosystem in place there, Pantanal is home to an incredibly broad and diverse area of plants and animals. Among these many species lives the jaguar. The habitat that Pantanal fosters within its bounds is ideal for the jaguar and as a result, the highest densities of jaguar in the world can be found in this tropical wetland.

However, while Pantanal may appear a pristine paradise in which this jungle cat can thrive, there is a persistent threat that is making its survival all the more difficult. It probably wasn’t a far jump for you to guess that this threat was of the human kind, but what may surprise you to know is that the main threat to the Pantanal jaguar is cattle ranching. Yes, cattle ranching is even a prevalent problem in the world’s largest tropical wetland. Shocked as we were? Just hold on. 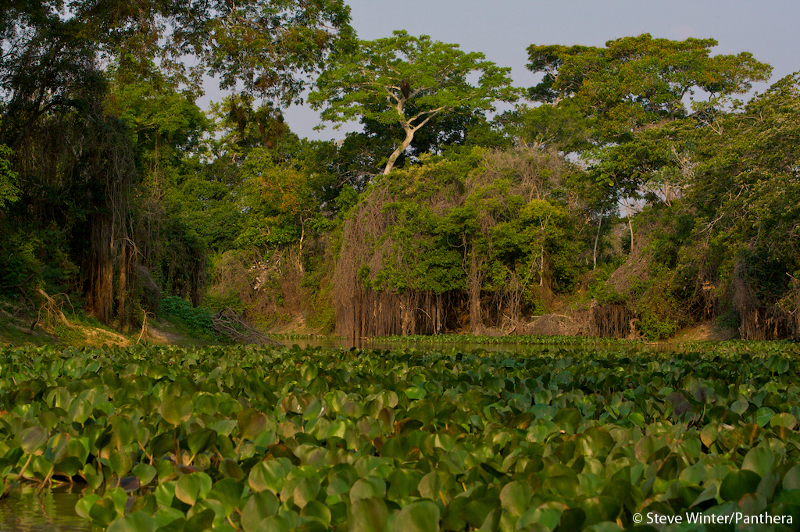 Christine Hodgdon of Rainforest Trust explains to OGP, “ranching has existed in the Pantanal for nearly 200 years.”

Meaning while ranching may not be a new development in the region, it is clear that the cattle ranching is more than just a small-scale operation. Hodgdon continues, “Ninety-eight percent of the Pantanal is privately owned and 80 percent of those lands are used as cattle ranches. These ranches – there are about 2,500 – hold nearly 8 million heads of cattle.” 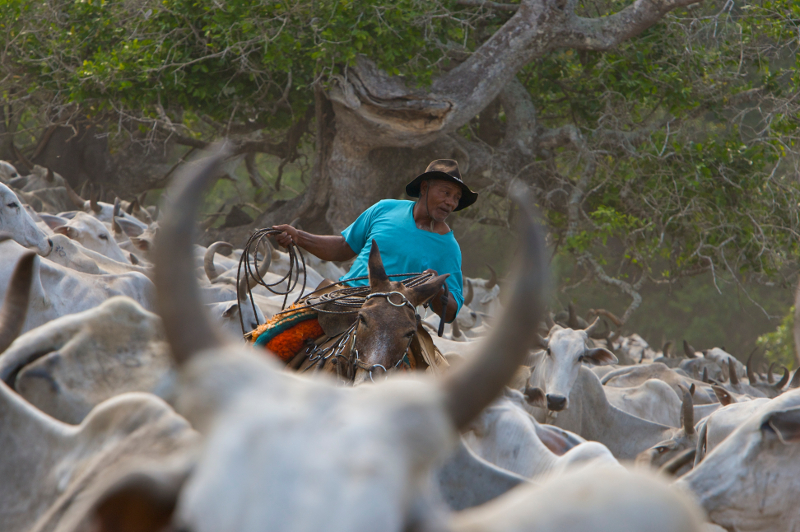 As more people and industry are introduced to Pantanal, naturally habitat degradation becomes a pervasive issue. As the jaguar loses its native forest, it too loses its primary food source.

“Due to a significant loss in jaguar habitat and natural prey such as deer, pigs, and tapirs, jaguars have been forced to prey on domestic animals such as cattle,” says Hodgdon. 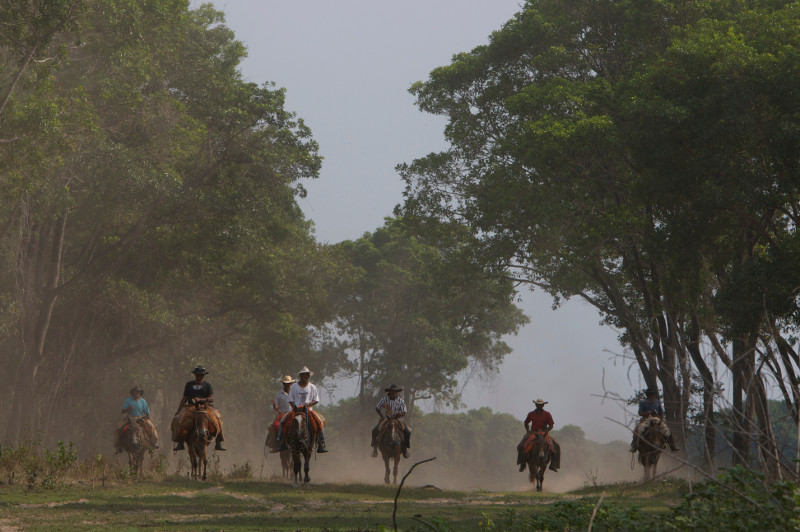 And therein lies the issue. Not only is the jaguar endangered by habitat loss, but resulting from said loss, they are pushed onto ranching lands (where they have 8 million different dinner options) and become a threat to ranching operations. When this happens, the rancher sees the jaguar as a threat and the jaguar is often killed on sight.

However, since the jaguar population is dense in Pantanal, many of these animals attempt the same mission and are also killed, fueling a vicious circle.

What Happens When We Lose the Jaguar…

Hodgdon tells OGP, “Jaguars are top predators and their presence is typically used as a measure of ecosystem health.” 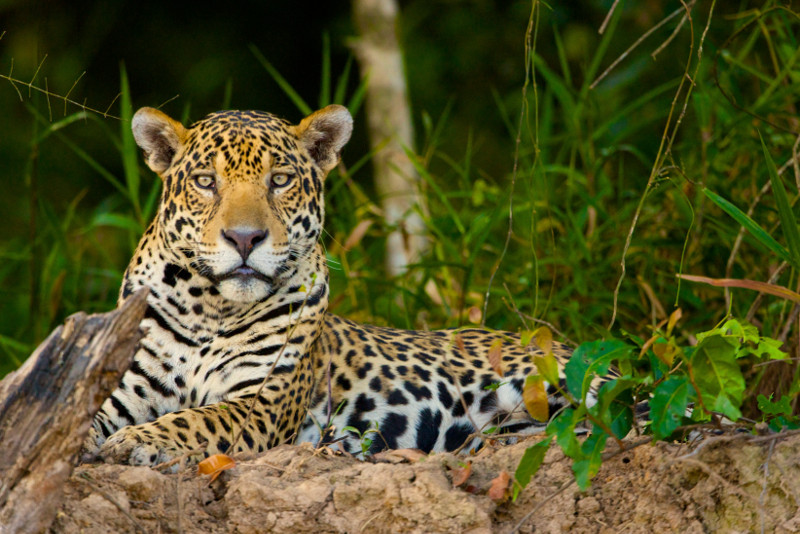 If the jaguar is removed from the balance of this tropical ecosystem, then like dominoes, the other species begin to collapse. In addition, when the jaguar’s habitat is destroyed the same negative impact felt by the jaguar is shared with prey and other species down the line, so there is really a two-fold problem at work in Pantanal.

Given the number of animals native to the Pantanal region that are on the IUCN Redlist, it is apparent that the disappearance of habitat and the jaguar is being felt. Here are just five… 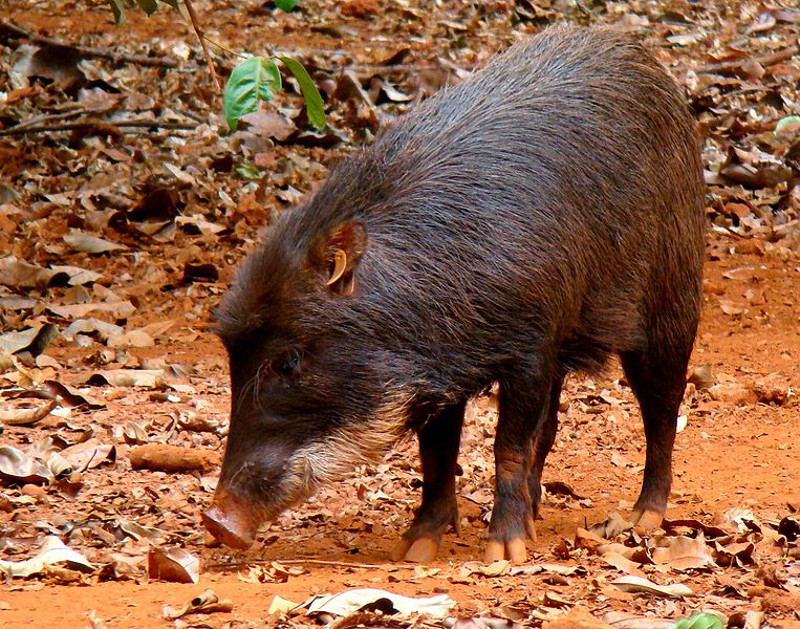 Lowland Tapir: IUCN Category Vulnerable. Pantanal is the Stronghold for This Species and it is Rapidly Declining. 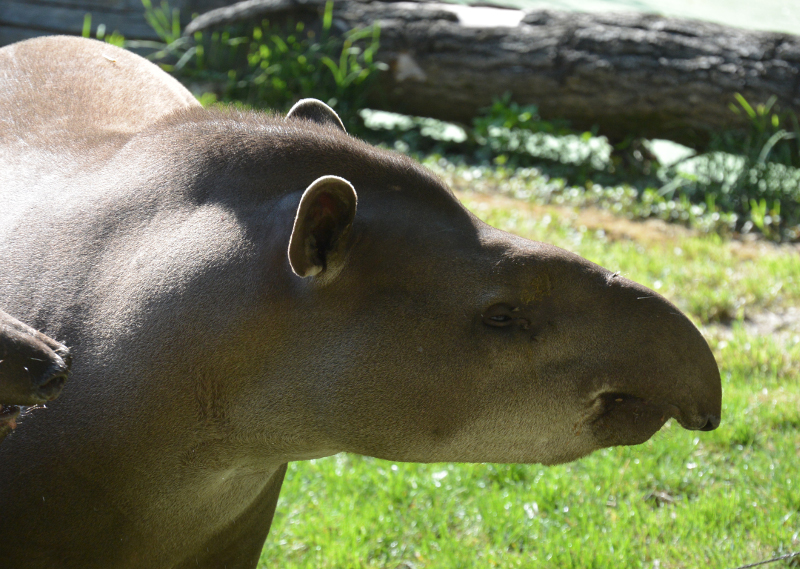 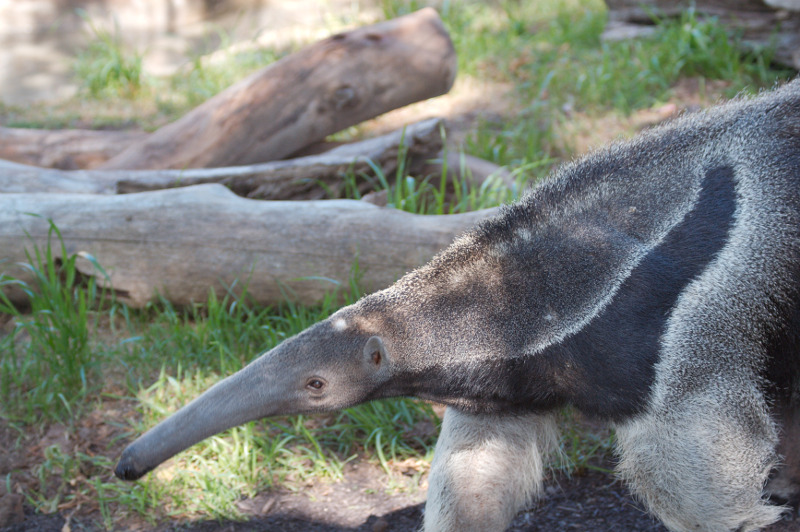 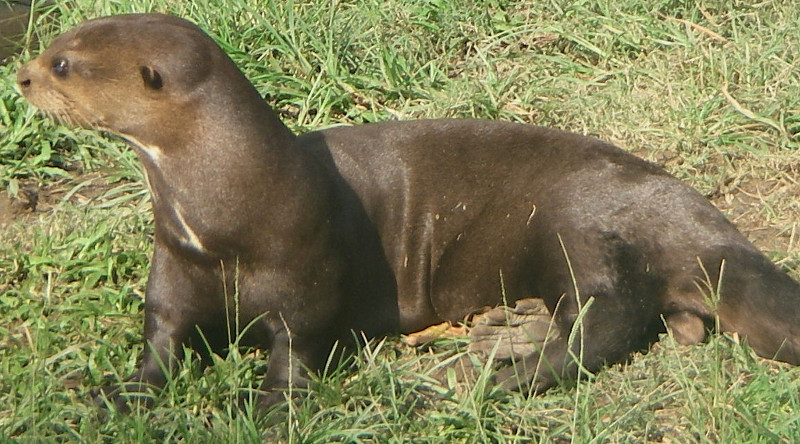 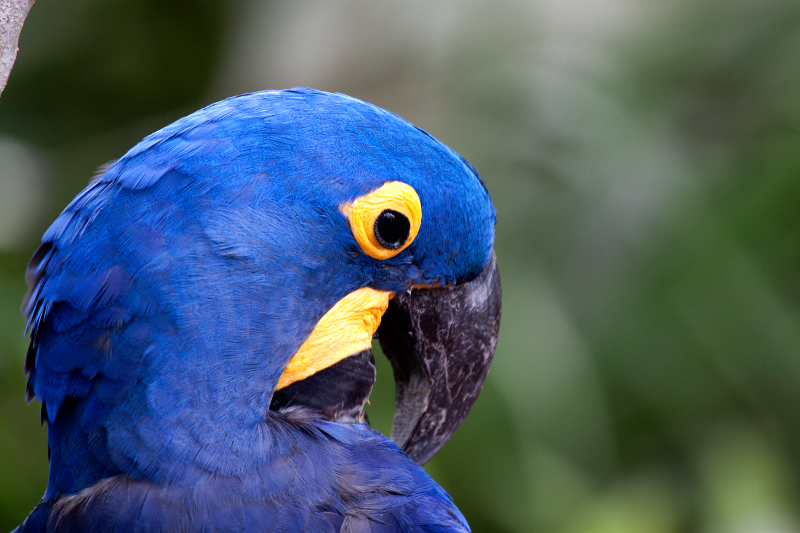 These species are only a small snapshot of what will be lost if habitat degradation related to cattle ranching and other human activities continue to expand in Pantanal. If the apex predator, the jaguar is wiped out entirely then the health of the ecosystem is devastated beyond repair.

As Hodgdon says,”If jaguars cannot survive and thrive in an area like the Pantanal, where natural conditions heavily favor them, there is little hope they can do so elsewhere.”

Further, Hodgdon explains that, even if the expansion of ranching were to stop, “the most immediate difficulty for jaguars in respect to ranching stems from the negative views ranchers hold of them.”

As long as the ranchers view the jaguar as a threat, they will continue to be hunted.

“If a sustainable solution to this problem is not found and jaguars continue to be hunted extensively we risk losing perhaps the most important jaguar population remaining,” Hodgdon tells OGP.

Logically, if the habitat of the jaguar and the many other species within the jaguar’s ecosystem were allowed ample space to exist and thrive, they would make up a self-sustaining system in which the jaguar would have no need to encroach upon ranching territory.

Seeing this as the only viable solution to save the Pantanal jaguar, Rainforest Trust is working with a conservation partner to obtain the 24,640-acre Jofre Velho Ranch and transform it into a Private Natural Heritage Reserve. Together with two more adjacent reserves, the area solidified by this ranch property will encompass 540 square miles of conservation area.

Hodgdon tells OGP, “[the creation of a Private Natural Heritage Reserve] is also a key step in a larger plan to create a jaguar corridor along the Cuiaba River that will protect nearly 869 square miles, making it among the largest intact jaguar corridors in the world.”

However, this is not a simple problem with a simple solution, so Rainforest Trust and their partner also have plans to set up a research station in which to study the jaguar and jaguar-human conflicts in an effort to improve cattle management practices and help increase the jaguar’s numbers.

Not to mention the economic viability of preserving the ecosystem of the Pantanal, “The presence of jaguars and many others species makes the Pantanal an extremely appealing tourism destination,” Hodgdon continues, “By monetizing jaguars’ presence, eco-tourism can provide supplementary income for local ranchers and farmers, making live jaguars more valuable than dead ones and reducing hunting rates. Income generated through tourism will also offer communities in the Pantanal an opportunity to preserve their environment and cultural traditions.”

Because the jaguar is the ailing synecdoche representative of the greater issues facing the whole.

Hodgden tells OGP, “[The jaguar] symbolize wilderness and the spirit of wild areas. Even today, their intelligence, mysterious qualities, and beauty inspire people with awe and respect.  They are the most powerful ambassadors we have for nature throughout Latin America. If we lose jaguars, we lose an incredible ally in our mission to save wild places. ” 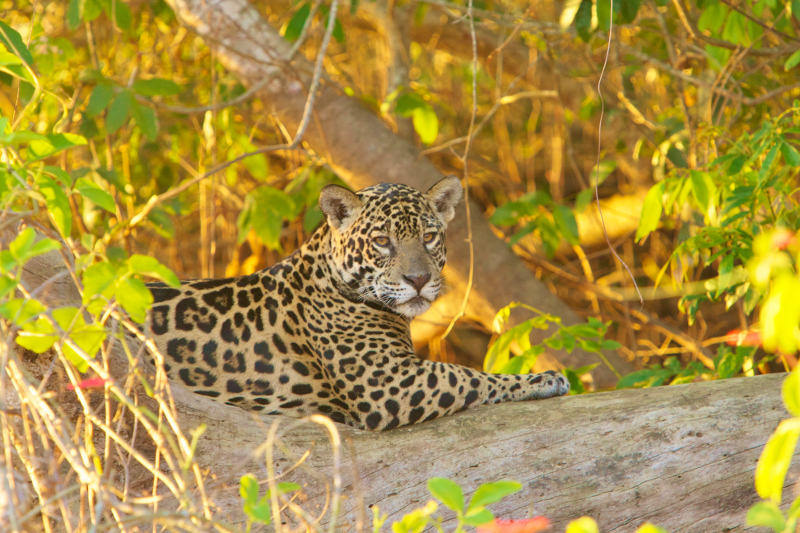 By saving the jaguar, this project will break the vicious cycles of destruction previously in place in the Pantanal, rebuilding a broken ecosystem and repairing the damage done to the environment as well as the many species that call this tropical wetland home.

To learn more about Rainforest Trust’s project in Pantanal, click here. To make a donation to help them protect the jaguar and the delicate habitat of the Pantanal, follow this link.

To learn more about the environmental impact of our food choices, check out our podcast #EatForThePlanet with Nil Zacharias.