Cashews are technically seeds. Did you know that? Whatever they are, they are crunchy, slightly sweet, and delicious. Native to Brazil’s Amazon rainforest, cashew trees were spread all over the world by Portuguese explorers. When you buy “raw cashews,” they aren’t really raw. Cashews have a toxic outer shell that has to be roasted in order to get to the edible cashew kernel.

Cashews, also called Bombay nuts, are packed with vitamins, minerals, and antioxidants. They are also extremely versatile and work in both sweet and savory dishes. If you like to cook, you probably know that cashews are more than a healthy, yummy snack or something to toss in your Chinese food for texture. There are many innovative ways to use cashews in cooking and turn them into something completely different.

Here are 10 vegan food hacks with cashews for you to try out in the kitchen!

It’s easy to make your own cashew milk. Soak 1 cup of cashews overnight and then discard the soaking liquid. Place the cashews, 3 cups of water, and a pinch of salt in a high-speed blender. If you want, you can add a sweetener like agave nectar. For thin milk, use more water and for thick, cream-like milk, use less water. Process on high speed for 30 seconds. Transfer to a jar and keep in the fridge. For more recipes, see How to Make the Ultimate Homemade Cashew Milk and How to Make Homemade Hazelnut Cashew Milk. 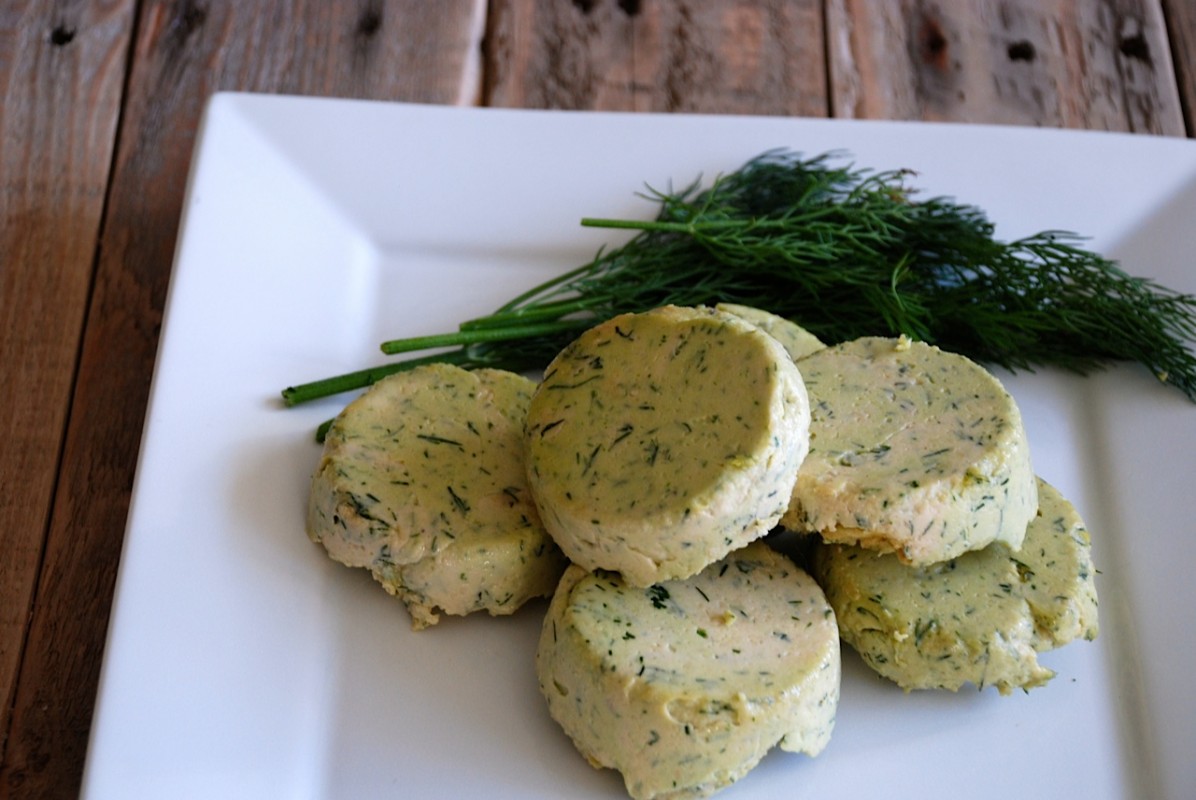 The latest trend in vegan cheese is making your own. From creamy cheese spreads to firm blocks of sliceable cheese, cashews make it possible to satisfy your cheese cravings with none of the cruelty. Try your hand at making these spreadable cheeses: Vegan Cashew Cheese, Cashew Coconut Cream Cheese, and Garlic Herb Avocado Cashew Cream Cheese. Use your cashew cream cheese to make this Raw Carrot Cake with Cashew Cream Cheese Frosting. For firmer cheese you can slice or cut into cubes, try Vegan Cashew Dill Cheese, Vegan Pepper Jack Cashew Cheese, and Smoky Pesto Cashew Cheese. 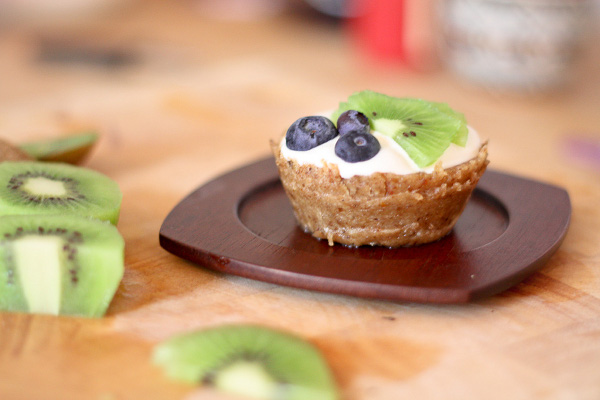 Cashews can be used to make a sweet cream for cakes and pies or as a drizzle for fresh fruit and other desserts. To make a sweet cashew cream: soak 1 cup of raw cashews for a few hours and then discard the soaking liquid. Add the cashews and ½ -3/4 cups water or non-dairy milk to a food processor and blend until smooth. Add 2 Tbs. agave nectar, maple syrup or sweetener of your choice and ½ tsp. vanilla extract. You can also use lemon or other flavors as desired. For another recipe, see How to Make Cashew Cream. Use your cashew cream to make Cashew Cream Cups, Pumpkin Cashew Cream Cake with Chocolate Sauce, and this Raw Chocolate Mousse Tart with Lemon Cashew Cream. 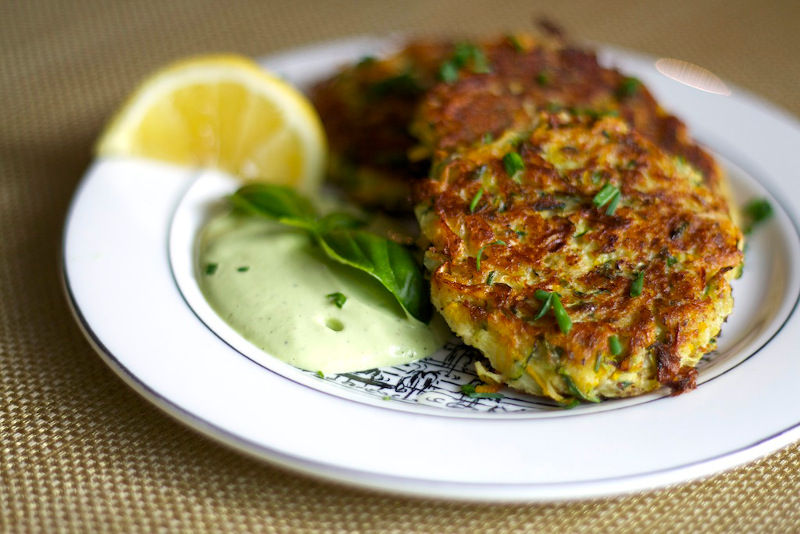 Using the same base of cashews blended with water or milk, you can also make a savory cashew cream. To make savory cashew cream: soak 1 cup of raw cashews for a few hours and discard the soaking liquid. Add the cashews and 1/2 – 3/4 cups water to a food processor and blend until smooth. Add the zest and juice of one lemon, 1/2 teaspoon apple cider vinegar and 1/2 teaspoon kosher salt. Use your savory cream in dishes like Pumpkin Gnocchi in Spiced Butter Sauce with Lemon Cashew Cream, Zucchini Fritters with Lemon Basil Cashew Cream, Spinach, Tomato and Cheddar Mini-Quiches with Lemon Cashew Cream and this Onion Tart with Greens and Cashew Cream. 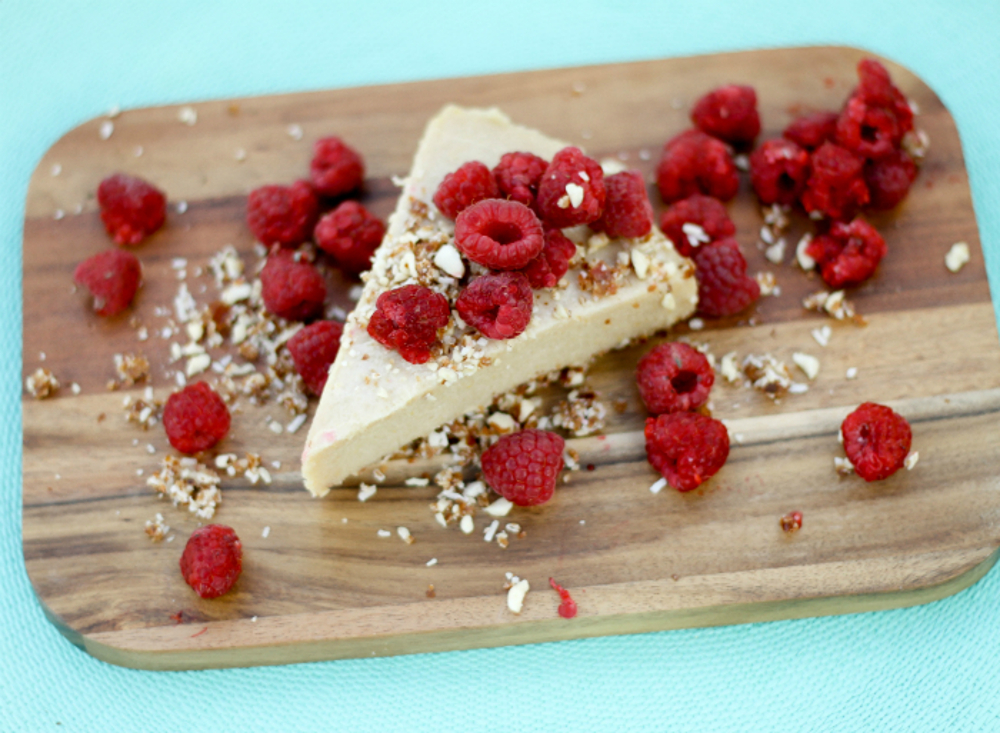 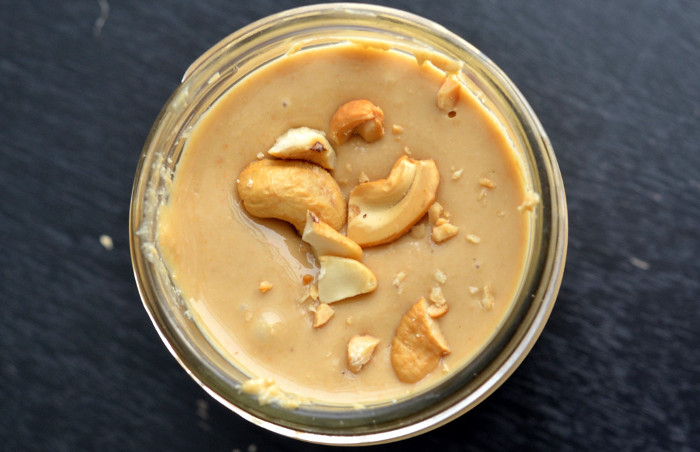 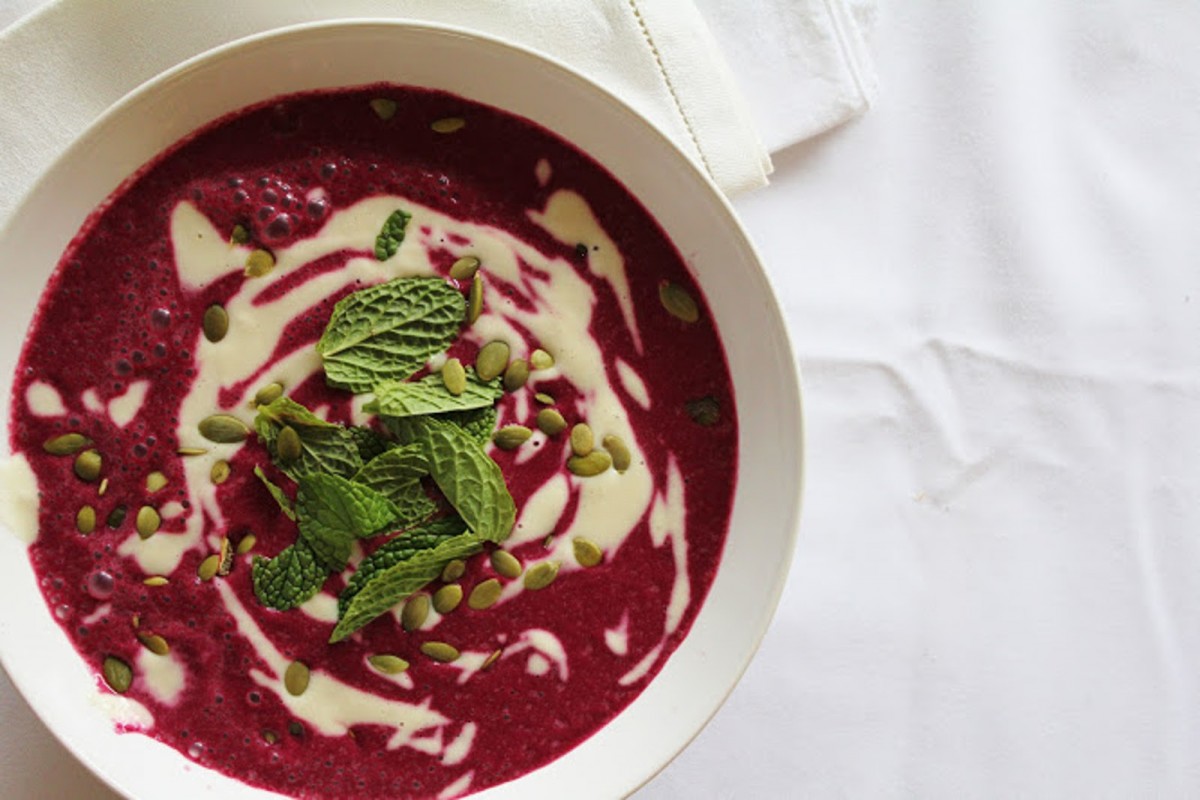 One way to thicken soups while adding rich flavor is to add ground cashews or cashew butter. Adding blended cashews to soups is a smart way to make creamed soups without dairy. It also adds healthy fats and protein to your soups. Try this Vegan Cream of Mushroom Soup, Cream of Wild Rice Soup, Creamy Vegan Not Clam Chowder, Vegan Cream of Tomato Soup, and this Beet and Avocado Soup with Cashew Cream. 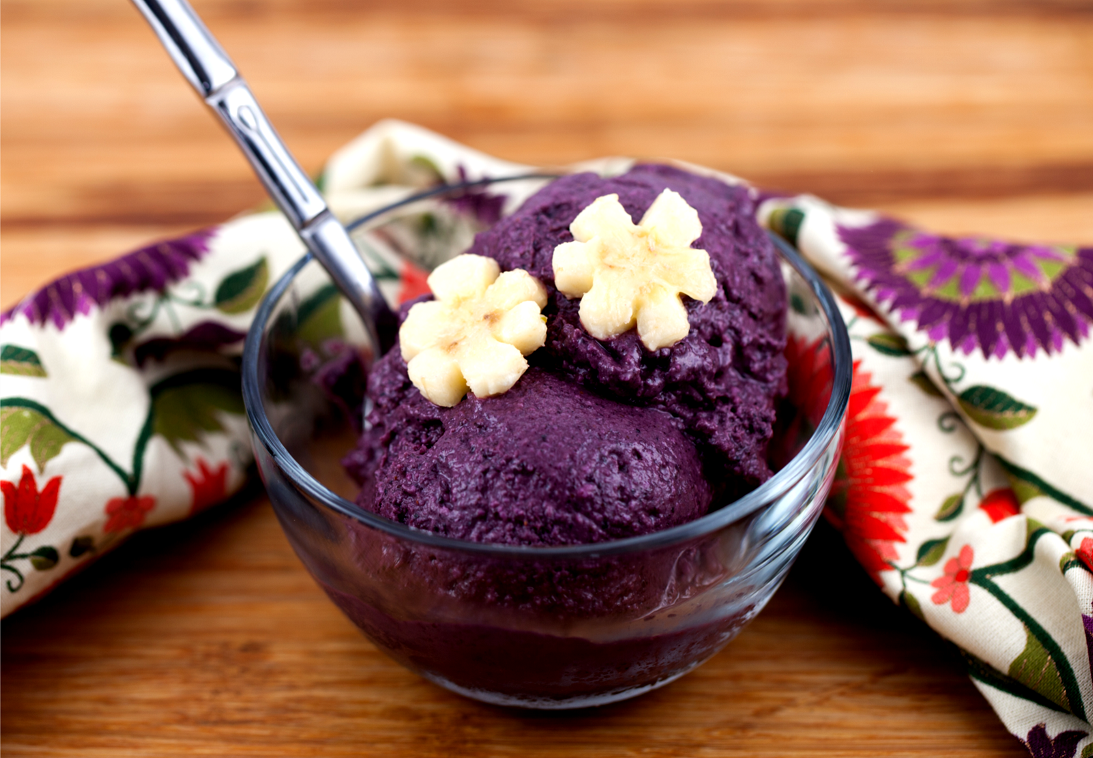 Blend up some cashews with non-dairy milk, something sweet and some vanilla and you have your own homemade ice cream. Learn how to make The Best Raw Vegan Ice Cream Ever and then try making this Maple Ice Cream, Mint Chocolate Chip Ice Cream Sandwiches, and this Acai Berry Ice Cream. 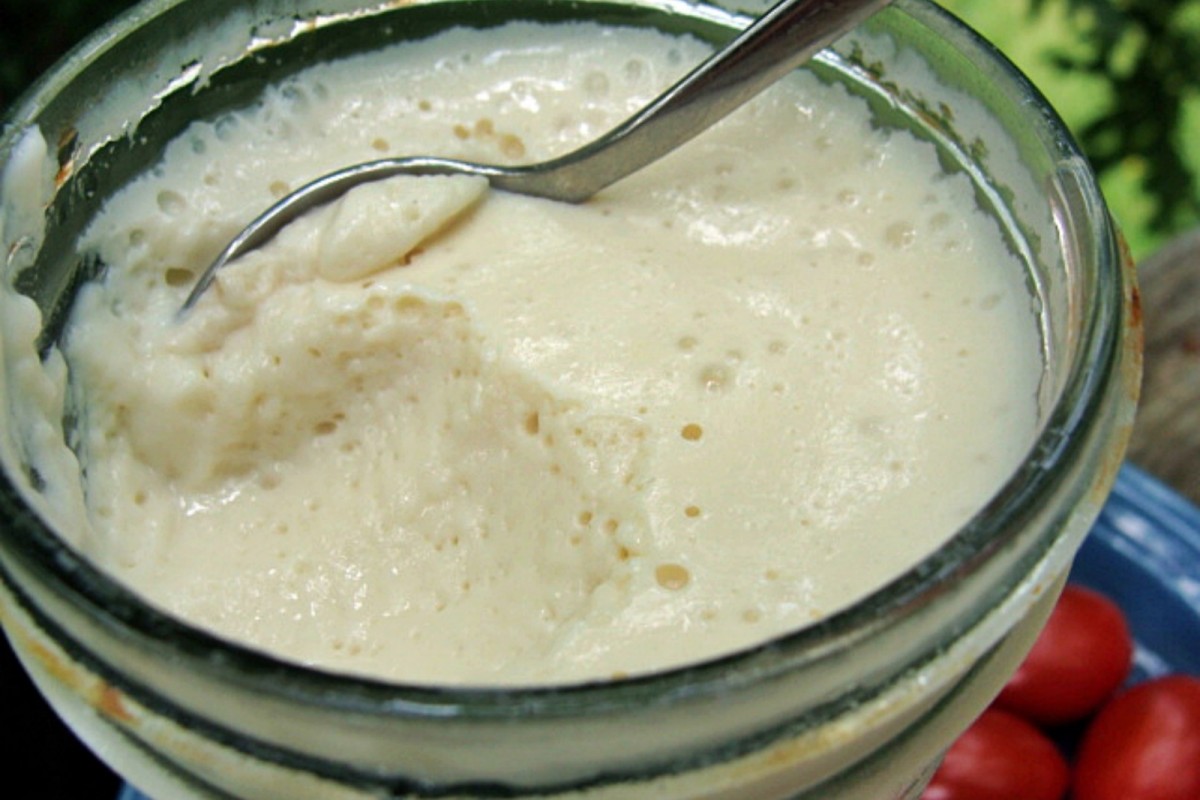 It can get pretty pricey to buy lots of condiments and they may not always have ingredients you can feel good about. As long as you have cashews, you can make your own condiments. With just ¼ cup of cashews, you can make your own Creamy Low-Fat Vegan Mayonnaise with No Extracted Oil to use in this Vegan Chickpea Waldorf Salad. Half a cup of cashews lets you make your own Cashew Sour Cream to serve in this Beet, Butternut Squash and Apple Soup. You can make your own salad dressing with raw cashews like this Raw Vegan Caesar Salad Dressing and the dressing in this Veganized Potato Salad. If you’re not comfortable buying vegan butter, you can use cashews to make your own Homemade Vegan Butter that is soy-free and palm oil-free. Use cashews instead of pine nuts to Make Your Own Pesto without the Cheese. 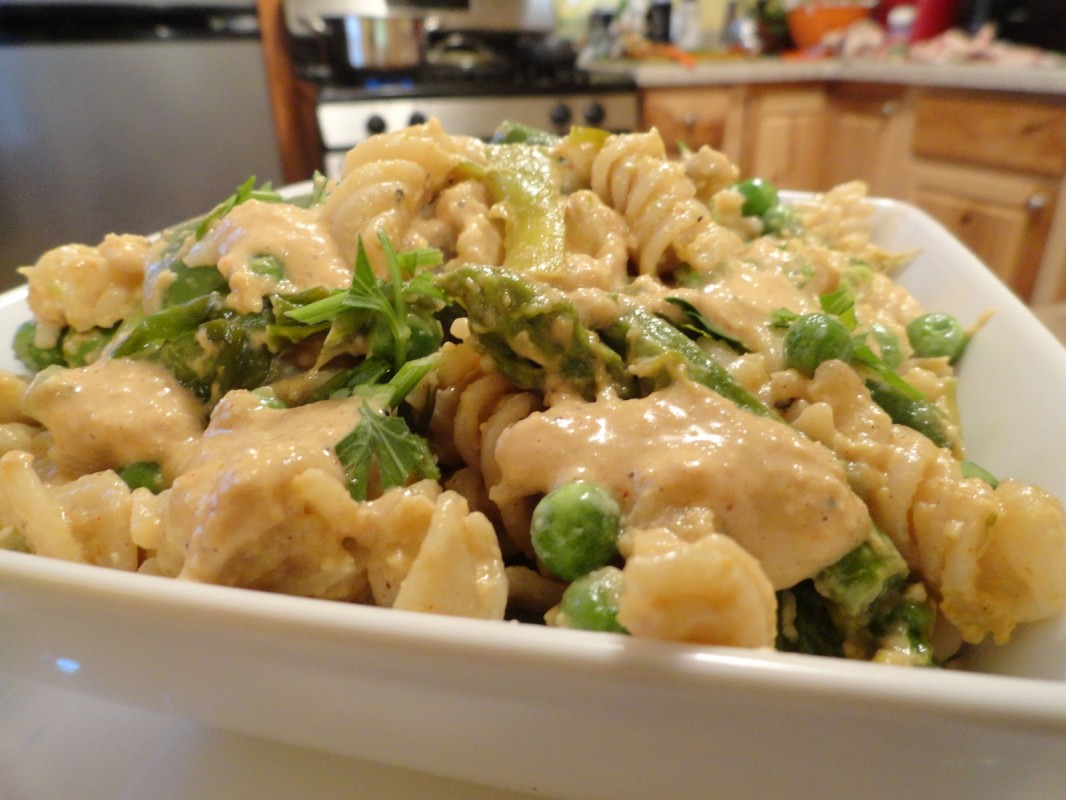 One of my favorite pasta sauces is Alfredo Sauce which is rich, thick and luxuriant. You can feel better about eating it when you make it with healthy cashews. Read How to Make Vegan Alfredo Sauce and then try this Spaghetti Squash with Alfredo Sauce and my Creamy Rotini Alfredo with Asparagus and Peas. After that, make this Succulent Tortellini with a Nut Cream and Wild Mushroom Sauce and this Delicious Vegan Vodka Cream Sauce.

Of course, let’s not forget mac and cheese. Cashews can help you make a delicious cheese sauce like in this Very Vegan Mac N’Cheese. One way to make an extra creamy mac and cheese is to use a combination of cashews and pumpkin puree! To make Cashew Pumpkin Mac and Cheese: in a food processor, combine 1 cup soaked cashews and 1 cup hot water. Pulse a few times to get it started and then process until completely smooth. Add 1/4 cup nutritional yeast, the juice of one lemon, 2 tablespoons Dijon mustard, 1 teaspoon vegan Worcestershire sauce,1/2 teaspoon each of paprika, garlic powder, onion powder, dried mustard and kosher salt, 1/4 teaspoon black pepper and a pinch of nutmeg. Process until everything is completely combined and smooth. Transfer the cashew mix to a medium saucepan and heat over medium heat. Melt 2 tablespoons of vegan butter, and then add 7-ounces of pumpkin puree and 2 cups non-dairy milk. Stir until everything is combined and the sauce is smooth and silky. Remove from the heat. Toss the sauce with cooked pasta and serve. Read How to Make the Most Decadent Mac and Cheese for tips and tricks.

Isn’t it amazing how versatile cashews are? There are so many ways to use them in incredible vegan dishes and if you need even more, check out 30 Unbelievable Recipes Made with Cashews (All Vegan)! by downloading the Food Monster App which is available for both Android and iPhone. It’s a great resource with over 10,000 recipes and new recipes added daily.