Manganese: Why We Need It, How Much to Consume and What Foods To Eat 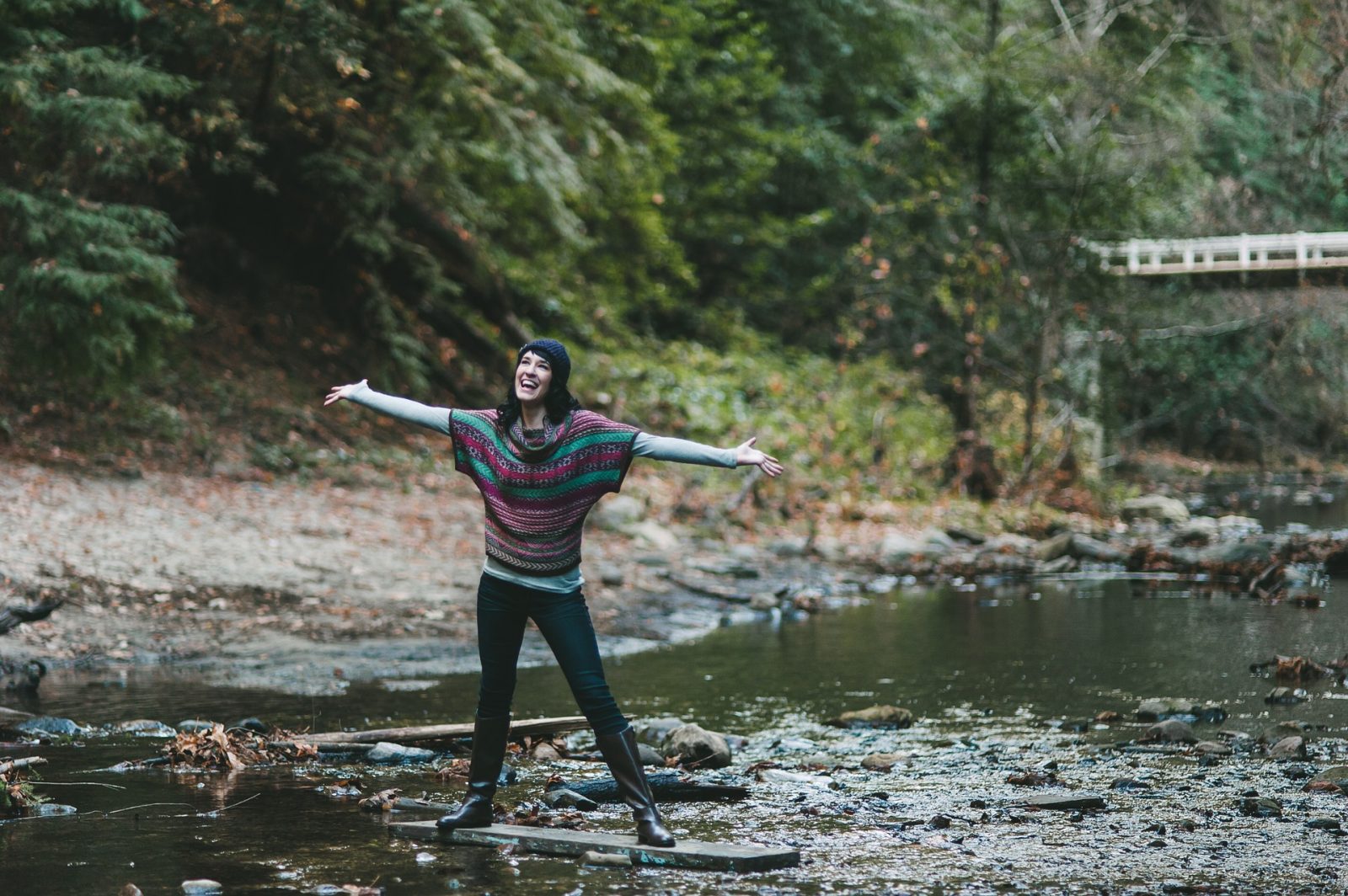 If you practice a plant-based diet, then you have been consuming manganese regularly! While it may not be as popular as current hot topic nutrients — think healthy fat, protein, vitamin C, and enzymes — this underrated trace mineral is naturally present in a variety of fruits, veggies, and grains that you have been eating for years.

While your body needs only small amounts, manganese is quite important for overall bodily functions. Not only does it help with the normal functioning of your brain, but it plays an integral role in your body’s nervous and enzyme systems. It’s broken down and stored in your liver, kidney, pancreas, and bones, meaning it’s basically everywhere in your body, and you didn’t even know it!

First off, it’s important to note that manganese is a trace mineral, which means “your body needs it in small amounts,” versus other nutrients such as fiber, protein, or calcium. Even though it’s a trace mineral, manganese is also categorized as an essential nutrient. This means that it’s found in plant-based foods, particularly in “seeds and whole grains, as well as in smaller amounts in legumes, beans, nuts, leafy green vegetables, and tea.”

Like many other minerals, manganese doesn’t play just one role in the body. It helps with “numerous chemical processes, including synthesis of nutrients like cholesterol, carbohydrates, and proteins,” and it’s an important part “in the formation of bone mass and helps balance hormones naturally.” Yet, its duties don’t stop there! Manganese is part of various “vital functions, including nutrient absorption, production of digestive enzymes, bone development and immune-system defenses,” and helps balance calcium and phosphorous levels.

While at first glance they may look the same, manganese and magnesium are separate minerals that play similar roles in the body.

Manganese, as mentioned, “helps regulate your blood sugar and supports the health of your nervous system,” as well as aids in the absorption of calcium, the breaking down of carbohydrates and fats, and the synthesis of bones, “endocrine hormones, connective tissue, the proteins necessary for blood coagulation and the enzyme superoxide dismutase, a powerful antioxidant.”

On the other hand, while magnesium also “plays a role in bone health and energy metabolism,” it also “triggers the activity of over 300 enzymes, helps maintain the electrochemical balance your neurons and muscles need to work and aids in the production of DNA and RNA.”

You need both of these minerals for a healthy, functioning body!

Getting the goldilocks portion of manganese is not a difficult task. Many plant-based, popular foods have appropriate doses, plus the “body tightly regulates the amount of manganese it holds through levels of absorption and excretion,” meaning that humans naturally “maintain stable tissue levels of manganese in most cases.”

Although rare, manganese deficiencies tend to be caused by an imbalanced diet, primarily one that lacks foods rich in manganese such as “sprouted grains, legumes or beans, certain nuts, and seeds.” Symptoms of a manganese deficiency include osteoporosis or weakened bones, anemia, chronic fatigue syndrome, poor immunity, worsened PMS symptoms, hormonal imbalances, impaired glucose sensitivity, problems with fertility and even infertility, and drastic changes in digestion and appetite.

On the other hand, when you consume too much manganese, it may be even more dangerous to your body.

When manganese is overconsumed, it becomes toxic, especially “during development years when the brain is still forming.” If you are consuming manganese past the point that your body needs it, the mineral will begin to accumulate in the “central nervous system” which may cause “birth defects and cognitive problems.”

With that said, it’s pretty difficult to consume too much manganese from your diet. Manganese is not only a trace mineral — found in small amounts — but only a “small percentage of dietary manganese is even actually absorbed, and the rest is excreted very rapidly into the gut via bile and then excreted.” Those that suffer from manganese toxicity may have “existing liver, gut or digestive problems” or are taking a supplement without proper professional guidance from a primary care physician or nutritionist.

Once you’re comfortable with your manganese consumption — easily accomplished on a plant-based diet or with the help of a nutritionist or dietician — it’s time to reap those wonderful benefits! Proper manganese consumption — women 19 and over are recommended 1.8 milligrams daily, and men over 19 are recommended 2.3 milligrams daily — has been linked to the prevention of osteoporosis, reduced risk of diabetes, reduced severity of premenstrual syndrome symptoms, and helps with enzyme and antioxidants functions.

One of the glaring positive benefits of consuming manganese is not only better overall bone health, but the relationship to osteoporosis prevention. Osteoporosis — meaning porous bones — “is a disease in which the density and quality of bone are reduced,” eventually degrading the bone into a fragile state that drastically increases the risk of fracture.

Manganese generally goes hand-in-hand with bone-boosting minerals “including calcium, zinc and copper,” which band together to “help reduce bone loss, especially in older women who are more susceptible to bone fractures and weak bones.” Plus, as manganese “helps with the formation of bone regulatory hormones and enzymes involved in bone metabolism,” proper consumption of this trace mineral will help prevent osteoporosis later on in life.

We’re all looking for that magic cure to help manage those horrible premenstrual syndromes. While the experience ranges from woman to woman, most of the symptoms are similar, including cramps, headaches, drastic hormonal mood swings, bloating, and acne.

Luckily, manganese may be able to help out with this! In particular, when consumed with calcium, it has been linked to improved PMS symptoms such as “tenderness, muscle pain, anxiety, mood swings, and trouble sleeping.”

This may not be a health benefit that you readily see or experience — such as improved PMS symptoms — yet this one takes the cake of importance! As mentioned, manganese plays a crucial role in many enzyme functions, “including arginase, glutamine synthetase, and manganese superoxide,” which “work as antioxidants in the body, helping lower levels of oxidative stress and inflammation that can lead to heart disease or cancer.”

While all of these enzyme functions are important, it’s also important to note that “superoxide dismutase is sometimes called the ‘primary’ or ‘master antioxidant’ since it’s especially powerful at reducing inflammation, pain and bodily stress that can lead to numerous chronic diseases.”

Manganese not only reduces the risk of diabetes, but researchers have discovered that proper consumption can damage the disease. First off, manganese is necessary for the production of a digestive enzyme that is integral in gluconeogenesis — the “conversion of protein’s amino acids into sugar and the balance of sugar within the bloodstream.” Research is still underway regarding the exact mechanism of this relationship, yet it has revealed that “manganese has been shown to help prevent overly high blood sugar levels that can contribute to diabetes.”

Barring preexisting conditions, manganese is one of those wonderful minerals that you don’t have to regulate! Simply integrate a balanced plant-based into your life and BAM, you’re getting the appropriate amounts. With that said, it’s always smart to know where to get certain nutrients. Here are some of the richest natural plant-based sources of manganese! 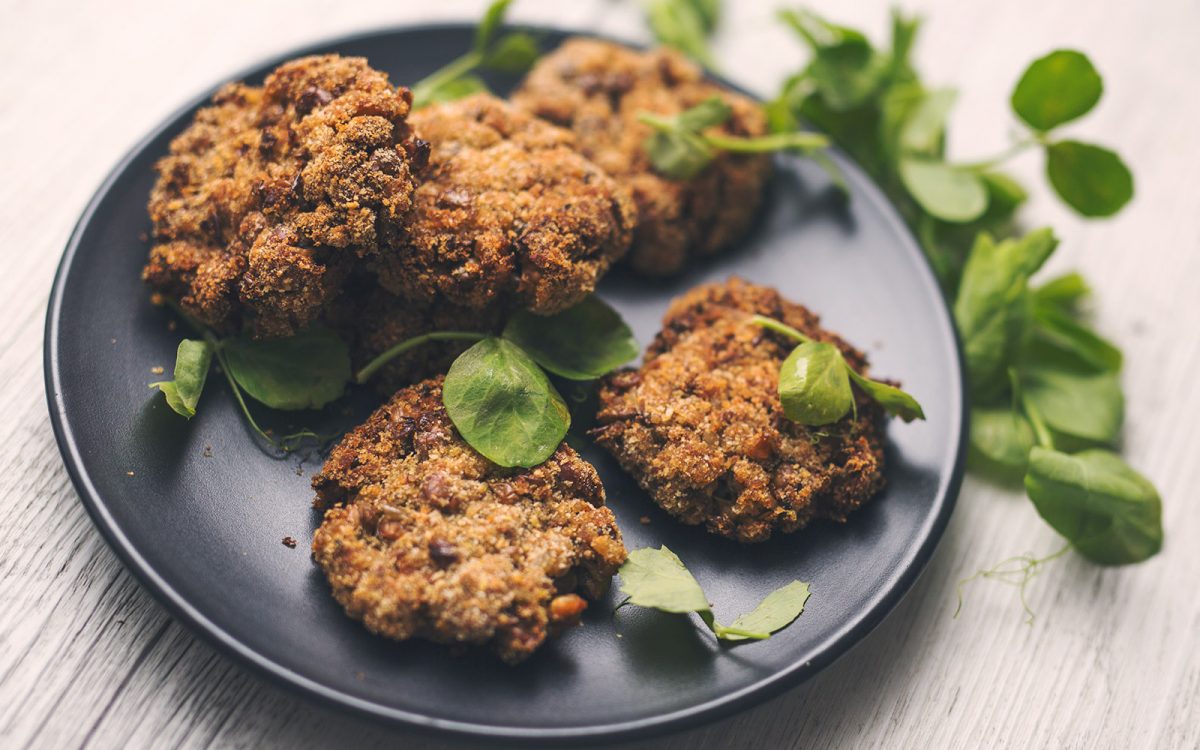 Brown rice is not only gluten-free, nutrient-rich, super filling, and easy to cook, but it’s also rich in manganese. One cup of brown rice offers up 2.1 milligrams, which is a whopping 93 percent of your daily value of manganese. Brown rice can be used to make classic recipes such as this meatless Lentil and Brown Rice Patties or these gluten-free Brown Rice Crackers. Get creative by adding brown rice as a filler for snack bars, such as these No-Bake Maple Almond Bars, or go traditional with your favorite brown rice-filled veggie bowls such as this Super Greens, Brown Rice, and Tempeh Macro Bowl. 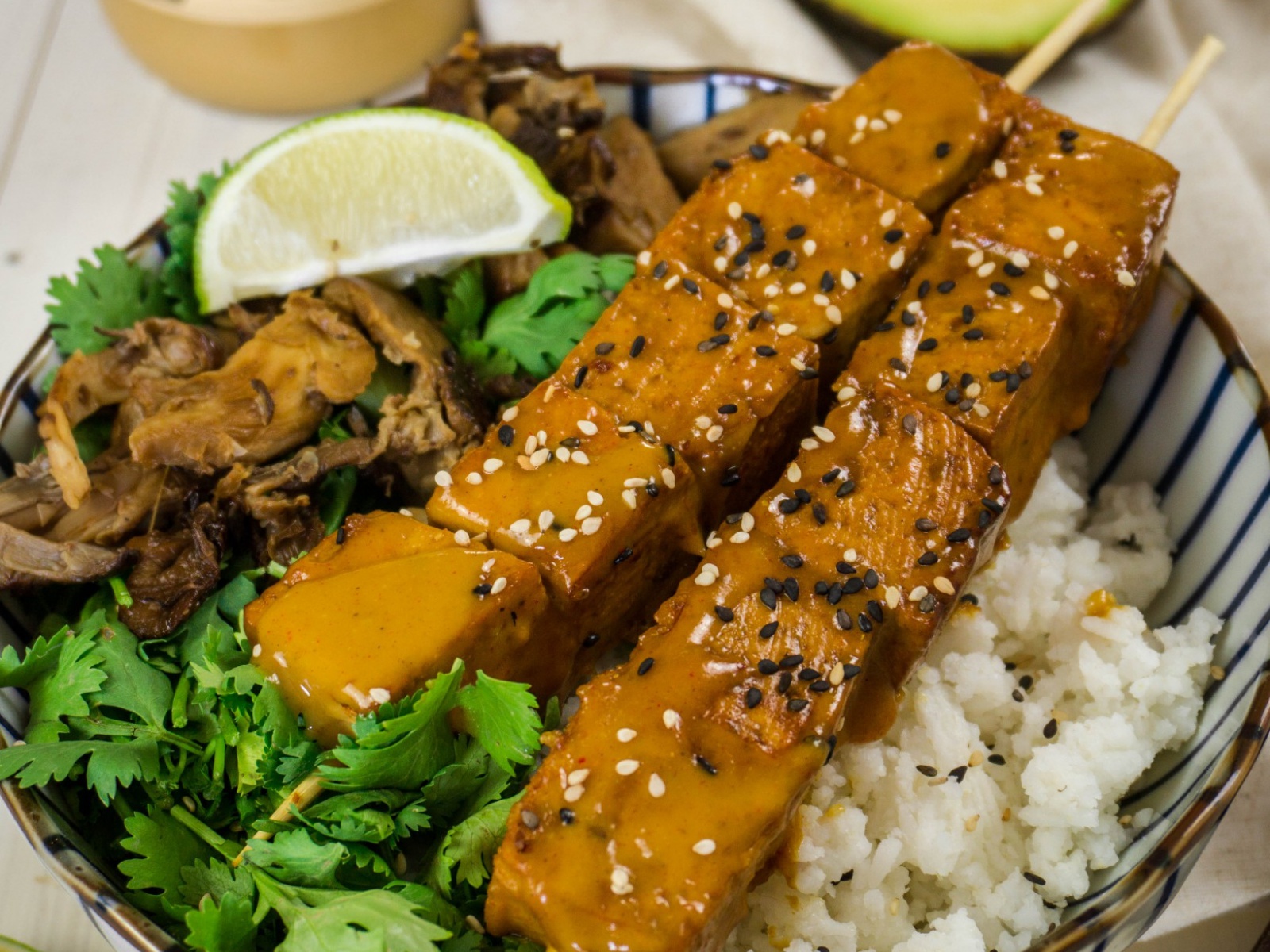 For those practicing a completely meat-free lifestyle, tofu is a staple. One cup of firm tofu offers up 3 milligrams of manganese, which is 129 percent of your daily value of manganese. Tofu is also incredibly versatile. It can be used to create eggless egg dishes — such as this Tofu Scramble and Collard Greens recipe — meatless meat dishes — such as this Tofu Satay Skewers or this Tofu Banh Mi — or it can be ground or mashed to make a silky, thick, creamy texture for spreads — such as this Smoked Tofu and Chickpea Spread — or used as a simple, easy filler — such as in this Balanced Breakfast Bowl. 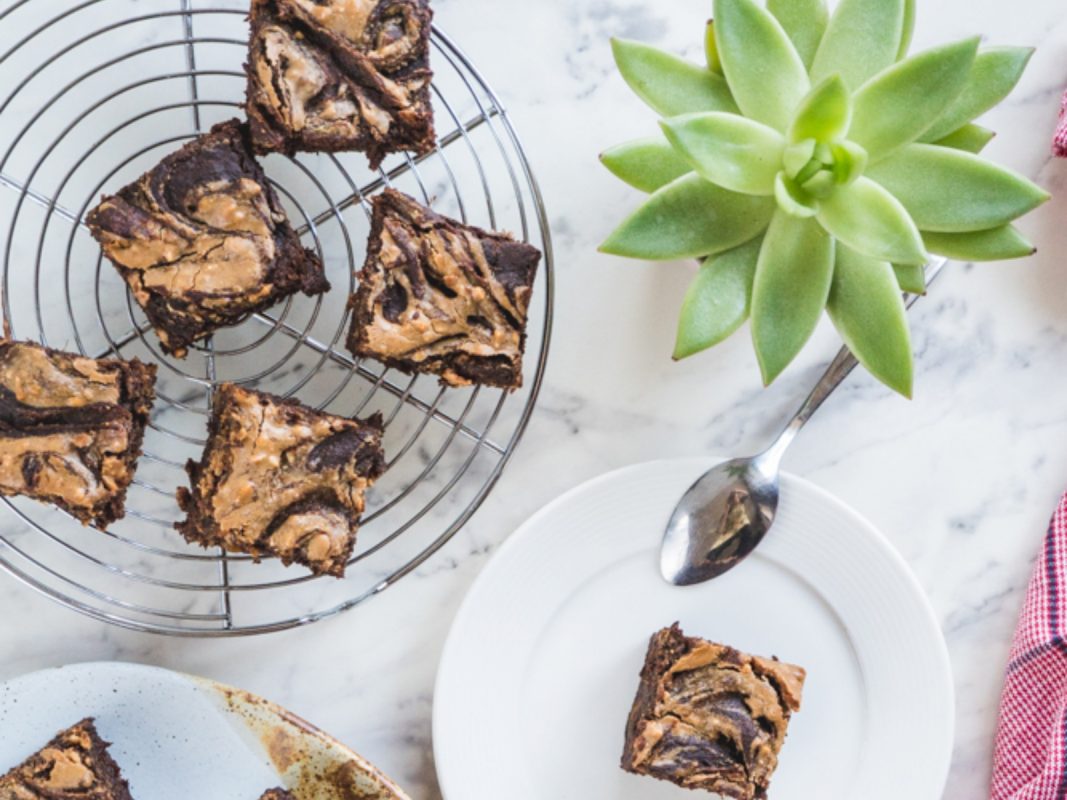 Oh man, sweet potatoes are one of my all-time favorite foods on this planet! As someone that practices a sugar-free diet, sweet potatoes have been a saving grace. They are not only naturally sweet and nutrient-rich, but they also happen to be a great source of manganese. One cup of mashed sweet potato has 2.5 milligrams of manganese, which is 110 percent of your daily value! Sweet potatoes are great on their own with a simple roast, some oil, and salt and pepper or they can be dressed up in recipes such as these Sweet Potato Brownies With Peanut Butter Swirl, this Meal Prep Roasted Buddha Bowl, this Sweet Potato Granola, or this Sweet Potato Ravioli with Creamy White Sauce. 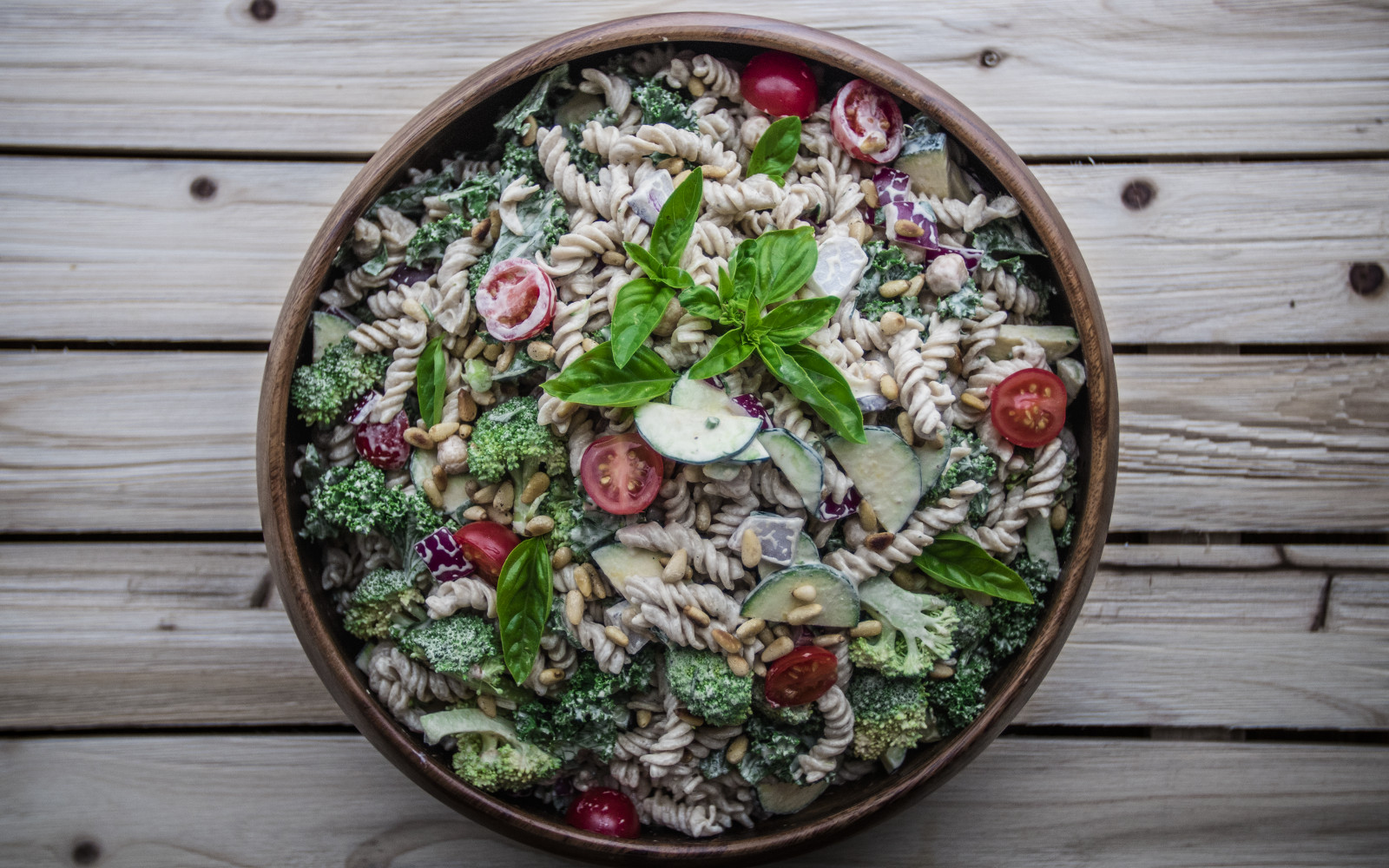 Just because it’s small doesn’t mean it can’t pack a punch of nutrients! The perfect example… pine nuts! Oftentimes forgotten until you need to make some pesto, these rich, flavorful, and delicious small nuts are also filled with manganese. One ounce of pine nuts has 2.5 milligrams of manganese, which is 109 percent of your daily value. While traditionally, these nuts are the core ingredient for pesto dishes — such as this Pesto Roasted Potatoes and Cauliflower — they are also incredibly tasty in more adventurous dishes such as this Garden Picnic Pasta Salad With Veggies, this Herbs, and Orange-Miso Tahini Dressing, these Chocolate Fudge Pine Nut Cookies, or these Mediterranean Eggplant Boats. 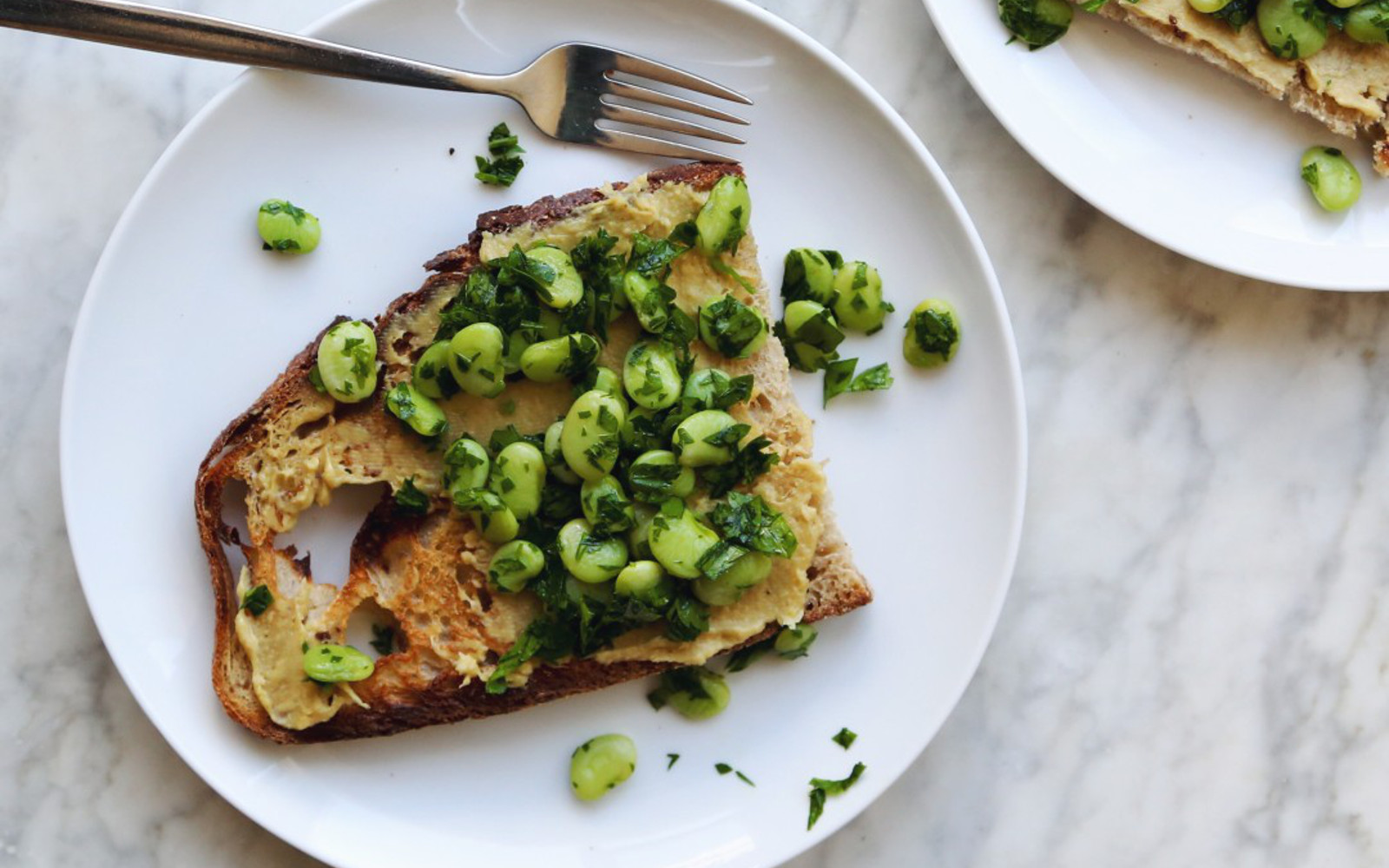 Lima beans are a soft, scrumptious, and wonderfully neutral plant-based ingredient. These beans are great sprinkled atop a salad, your favorite toast, or casserole, or they can be mashed down and incorporated into meatless recipes such as this Butter Bean Quiche. One cup of lima beans has 2.1 milligrams of manganese, which is 93 percent of your daily value. If you’re a lima bean beginner, try them out in this easy Garlic and Onion Cashew Cheese and Lima Bean Toast or this Baby Lima Beans and Oats Dosa.