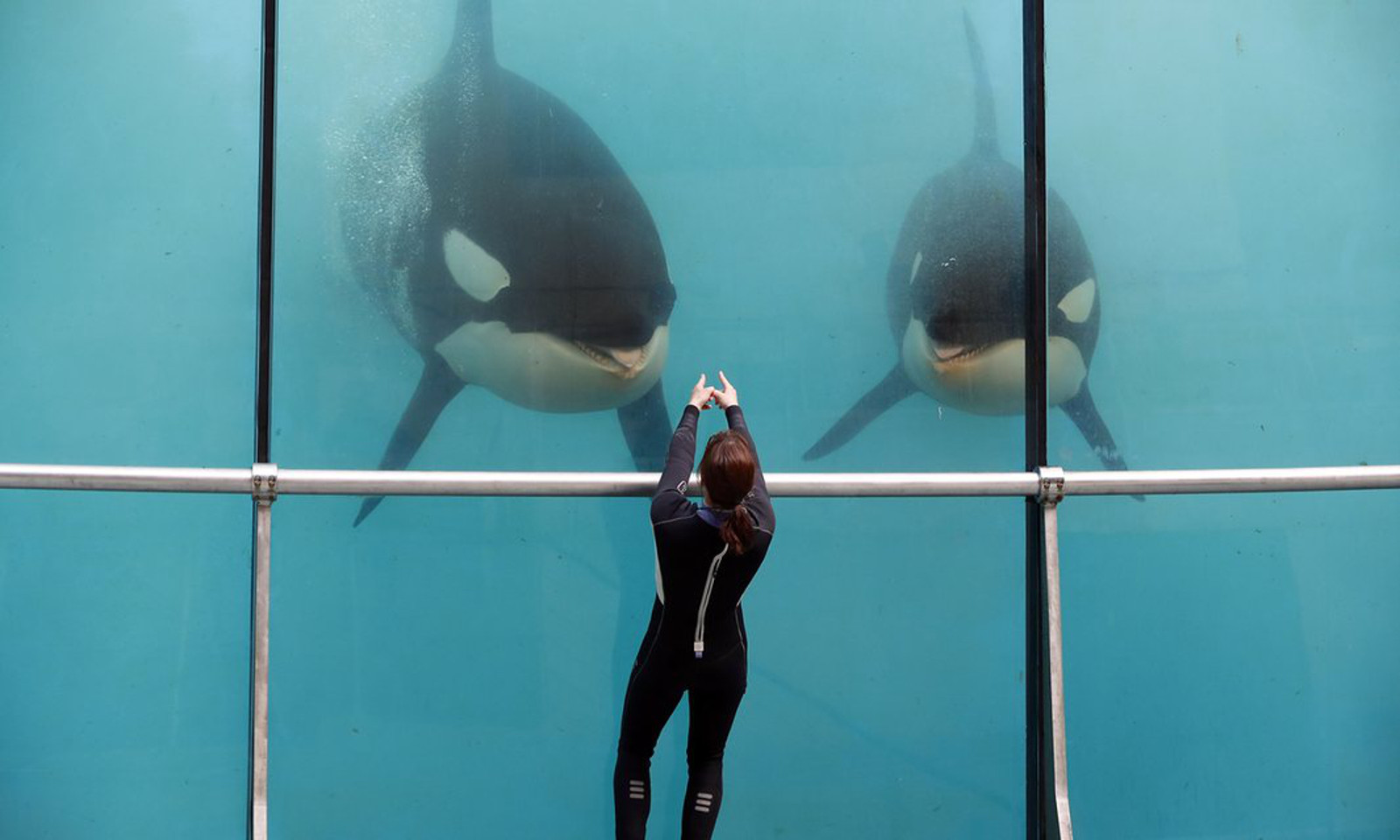 We humans often like to think of ourselves as the most superior species on this Earth, by far. However, there are plenty of other species out there whose advanced cognitive abilities (not to mention, their ability to enhance and contribute to the overall health of their ecosystem, instead of destroying it) might cause us to question that assumption. Dolphins and elephants are especially renowned for their high levels of intelligence and emotional sensitivity.

Another species whose cognitive capabilities might give us food for thought is the orca (also known as the killer whale). An orca’s brain is four times bigger than a human brain, and the brain lobes that deal with the processing of complex emotions are also larger in these animals than they are in humans. They have complex ways of communicating with one another, with different “dialects” being observed among different orca populations. They have been evolving for millions of years while modern-day humans only emerged around 200,000 years ago, so it is safe to assume that they are at least as cognitively advanced as we are … if not more so!

In the wild, orcas live in close-knit matriarchal pods. They stay close to their family members all their lives, traveling  up to 100 miles per day. The compassion and love that orcas have been observed demonstrating toward their family members is often breathtaking. Earlier this year, a beautiful story emerged about an orca pod off the coast of Port Elizabeth, South Africa, who are helping their disabled brother to survive by supplying him with food. Whenever wild orcas have been recorded interacting with humans, their movements have been surprisingly gentle, given their “killer” nickname. To date, there has never been a documented case of an orca killing a human in the wild.

When orcas are confined to aquarium or marine park tanks (which typically comprise only 0.001 percent of the territory that would be available to them in the wild), a very different story emerges. Captive orcas have often been known to lash out at one another and at the humans who work with them. SeaWorld Orlando orca Tilikum, whose heartrending story was described in detail in the 2013 documentary “Blackfish,” has been linked to three human deaths. The most well-known case was that of Dawn Brancheau, whom Tilikum killed on February 24, 2010, after losing his temper during a performance. Keto, an orca of Loro Parque, Spain, killed his trainer Alexis Martinez on December 24, 2009.

Depression, psychological issues, collapsed dorsal fins (in males), significantly reduced life expectancy, and unusual illnesses are commonplace among captive orca populations, though they are almost never witnessed in wild orca populations. Tilikum is now gravely ill with a bacterial infection, and a young female orca named Unna passed away on December 21, 2015, at SeaWorld San Diego, of a fungal infection. She was just nineteen years old: much younger than the average age of 48 years that she could have reached as a wild orca, or even the age of thirty years that she could have reached as a captive one.

SeaWorld has had to resort to medicating its orcas with psychoactive drugs to keep their psychological problems under control, and it is well-known within the industry that this practice must be repeated in zoos and marine parks all over the world. It is truly tragic that we humans have reduced captive animals to this state … and when you consider the fact that orcas are cognitively sophisticated, deeply sensitive, and have been on this planet a whole lot longer than we have, the arrogance that our species has displayed by trapping them in tiny tanks for the sake of our entertainment is truly staggering.

If orcas could speak our language, how likely is it that they would tell us they just love performing inane tricks? 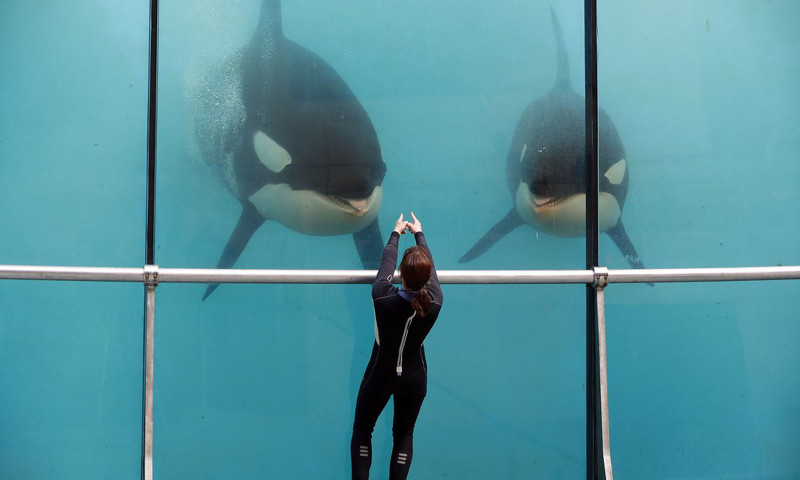 This picture was taken in Marineland Antibes, France, where animal rights activists are taking legal action against the park over the conditions in which its orcas are kept. After a massive storm last year, a number of Marineland’s animals died, including a nineteen-year-old orca named Valentin who was killed by internal injuries he received. Around 90 percent of the park was devastated by the storm, and the oxygenation and filtration systems of the orcas’ tanks were overwhelmed, leading the tanks to become filled with mud and debris. Following complaints of animal cruelty by three French NGOs, Marineland is now being subjected to a preliminary investigation.

The heartbreaking photo above displays the reality of existence for so many captive orcas: deprived of everything that would give their lives a sense of depth and meaning if they were in the wild, left at the mercy of humans, and forced to perform tricks that do not come naturally to them (the threat of withheld food is often used to make them do this). With the momentum against whale and dolphin captivity growing by the day, there has never been a more urgent time to call for those tanks to be emptied once and for all.

To learn more about why you should boycott any aquarium or marine park that holds dolphins and whales in captivity, read the articles below. And don’t forget to share this article to help raise awareness of the issue!