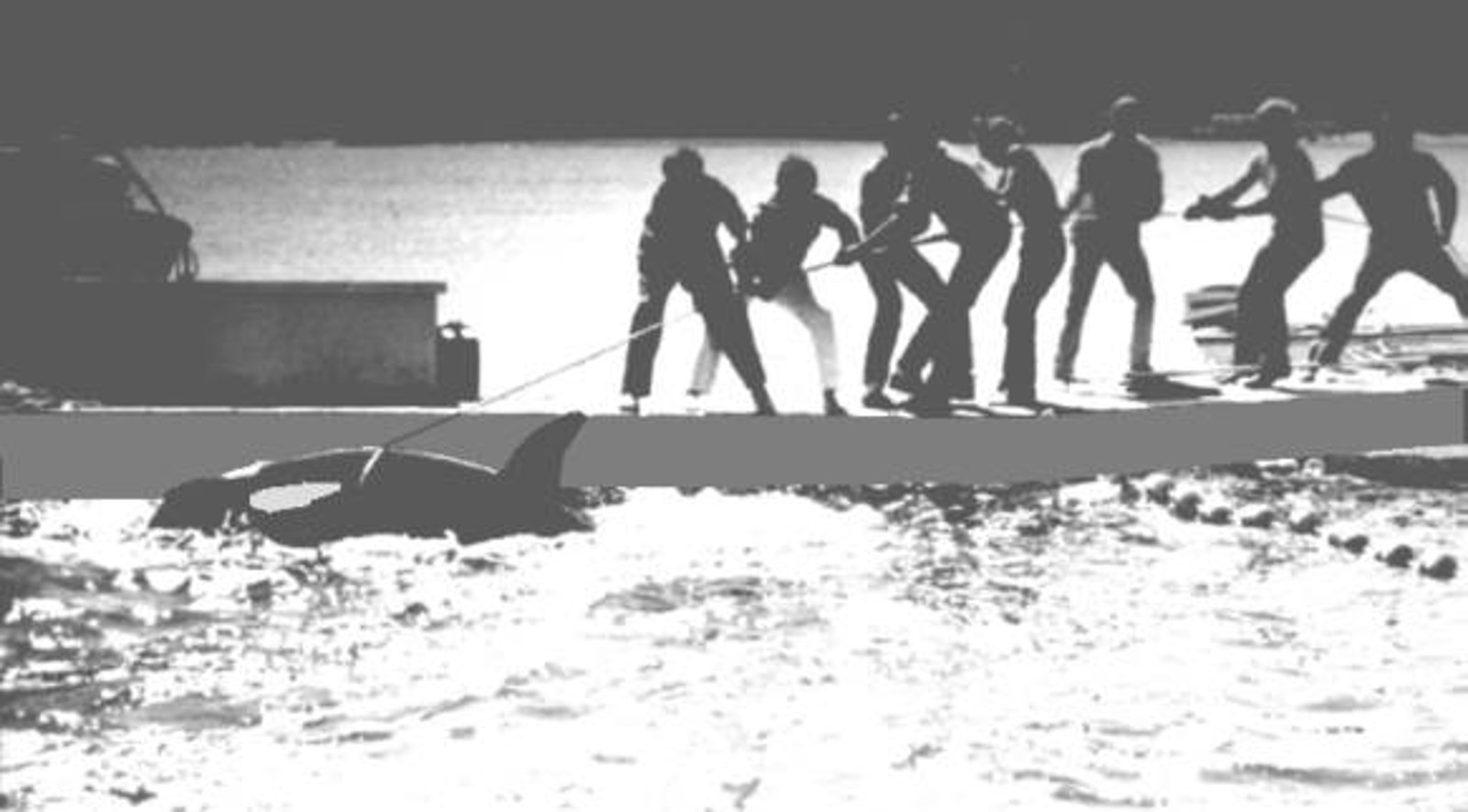 Orcas (also known as killer whales) are truly magnificent beings. In the wild, they live in close-knit matriarchal pods, remaining close to their family members all their lives. The bonds of love these animals share run deep: a recent, heartwarming case of an orca pod who helped their disabled brother to survive demonstrates this very clearly. The disabled orca’s family members supplied him with food, as he was unable to fend for himself. In cases where wild orcas have been documented interacting with humans, they are surprisingly gentle (given their “killer” nickname), choosing to peacefully swim around them. There has never been a documented case of an orca killing a human in the wild.

These animals can travel up to 100 miles per day in the company of their pod members. The brain of an orca is four times larger than a human brain, while the brain lobes that deal with the processing of complex emotions are also more sizeable in these animals than they are in humans. They have been evolving for millions of years, in comparison, modern humans only arrived on the scene around 200,000 years ago, so it is safe to assume that they are at least as cognitively advanced as we are … if not more so!

The situation is rather different when it comes to captive orcas. The frustration of living in a cramped tank environment – that comprises only 0.001 percent of the territory they would have in the wild – has sometimes led them to lash out at humans and each other. Tilikum, the SeaWorld orca whose heartbreaking story was told in the 2013 documentary “Blackfish,” has been connected with three human deaths. He has now contracted a bacterial infection at SeaWorld Orlando and is gravely ill because of it.

Unusual – even life-threatening – infections are commonplace among captive orcas. A female orca named Unna passed away after picking up a fungal infection at SeaWorld San Diego in December 2015, at the age of just nineteen. Dental issues, collapsed dorsal fins (in males), panic attacks, psychological problems, and depression are also rife among captive orca populations, despite being practically unheard of among wild orcas. Last October, the heartbreaking story of a despairing mother orca at SeaWorld San Diego, too depressed to feed her calf, came to light. Wild orcas can expect to live to an average age of 46 years (for females) or 38 years (for males), but captive orcas can expect to live to the median age of just thirty years (females) or nineteen years (males).

Every captive orca in the world has a tragic story to tell … but few are more tragic than that of Lolita. She was captured as a baby in Puget Sound, off the coast of Washington State, in August 1970, and has spent most of her life at Miami Seaquarium, trapped in the smallest orca tank in North America. Her capture was especially brutal, involving nets, ropes, and explosives. Lolita’s family fought hard to save her: locals said they could hear terrible, human-like screams emanating from the waters throughout. During the fight, one adult, and four baby orcas were killed. The men who had instigated the capture slit the victims’ throats and filled their bodies with rocks in an effort to disguise what they had done.

Anti-captivity group Marine Connection recently shared a rare photograph of Lolita being captured to their Facebook page, with the poignant caption: “How can the owners of Miami Seaquarium sleep at night?”

This is what ripping an innocent animal from the wild for the sake of our trivial entertainment looks like. 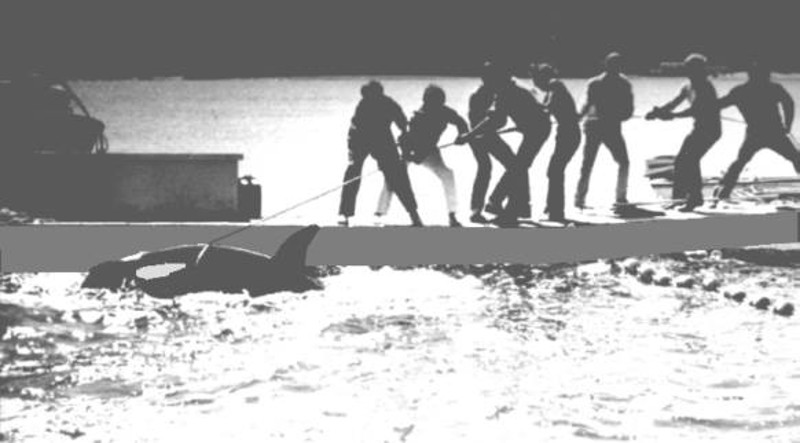 For thirty-six years, Lolita has been held in isolation at Miami Seaquarium … but she still remembers the particular calls and sounds that were made by her family, known within whale watching circles as L25 subpod. For years, animal rights activists have argued that she should have the chance to be reunited with her family members – particularly her mother – and have even put together a detailed retirement plan that would allow her to prepare for this new life. Sadly, Miami Seaquarium has given no indications of being willing to consider releasing the long-suffering whale.

The image above lays bare the heartbreaking reality of what the original generation of captive orcas had to go through in order to end up in a tank, performing tricks for the purpose of human entertainment. Pro-captivity groups have tended to point toward captive breeding as a more “humane” solution, but bringing an orca into being who will never know what it is to be free seems questionable, at best. A study on captive-bred orcas carried out by Whale and Dolphin Conservation (WDC) in 2013 revealed that the 33 captive-born orcas who had died up to that time survived to an average age of just 4.5 years. Vancouver Aquarium and SeaWorld have both chosen to end their captive cetacean breeding programs.

Luckily, there are signs that the cetacean captivity business may be starting to crumble, as members of the public have become more and more educated on the truth, and are refusing to pay for this type of “entertainment” any longer. Until all of the tanks have been emptied, however, we cannot afford to stop speaking out on behalf of Lolita and all other captive orcas who need us to be their voices. To learn more, check out the articles below.