After 44 Years in Captivity, Is there Hope for Lolita, the Loneliest Whale in the World? 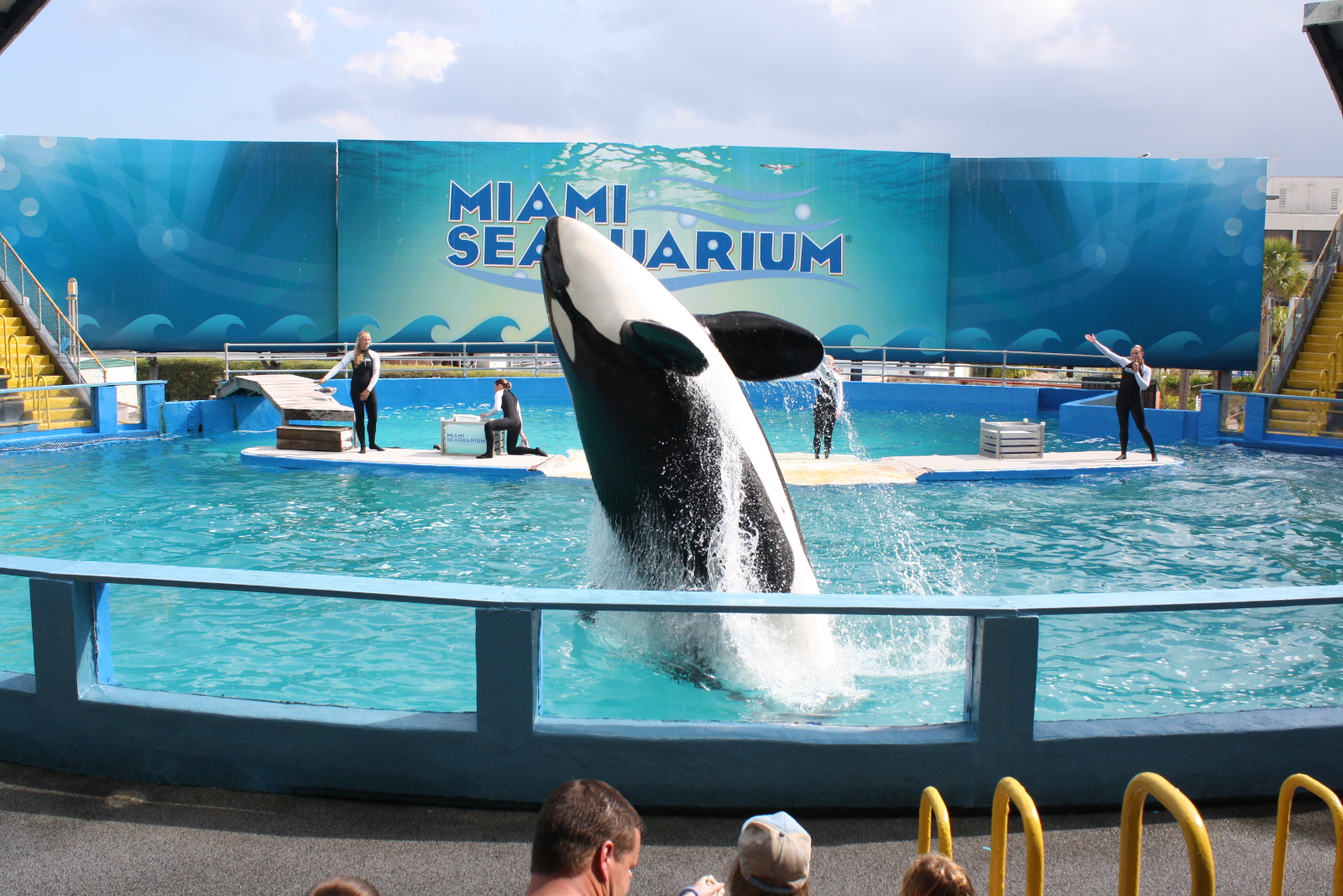 In August, 1970, a family of killer whales were swimming in the waters of Puget Sound when a group of men, led by Ted Griffins and Don Goldsberry, emerged in speedboats and herded the whales into a nearby cove. Using nets, ropes and explosives, these men managed to separate the adults from the young and captured several babies. This was the first large-capture of killer whales on record. The capture did not occur without a fight, however. Locals around said you could hear the human like screams of the mothers crying for their babies. During the capture, one adult and four young killer whales were killed. In an attempt to hide these deaths from the public, the men slit their bellies, filled them with rocks and let their bodies sink.

As for the surviving captured young whales, they were sold to marine parks across the world. One of these whales was Tokitae. She was just four years old when she was taken from her mother. The capturers sold and shipped her to the Miami Seaquarium where she was placed in a 35-foot wide tank and renamed Lolita. She never saw her mother again.

Lolita still lives at the Miami Seaquarium and in the same tank that has been compared to the size of a hotel swimming pool. She is almost 50 years old now. For the past 44 years, she’s been performing the same routines in return for brief moments of companionship and reward. People still wonder how a wild animal, like Lolita, has stayed alive for so long under such terrible circumstances. This is drone footage of Lolita swimming circles in her tiny tank:

“It’s impossible to say with 100 percent certainty why Lolita has survived as long and as well as she has,” Dr. Naomi Rose, marine mammal scientist of the Animal Welfare Institute tells One Green Planet. “The idea that it is because of the way the Miami Seaquarium has cared for her or the conditions of her tank is not supported by the fact that the orca Hugo, her original companion, died 34 years ago in that same tank, in a fairly spectacular and unhealthy way.”

Hugo, a male killer whale, was captured two years prior to Lolita. His tank was close to Lolita’s and they would call to each other every day. Unlike Lolita, Hugo regularly showed signs of aggression and hostility. Unable to cope with his new surroundings, he took to continually bashing his head against the wall of the pool. In March 1980, Hugo died from a massive brain hemorrhage. Experts say, it could have been a suicidal attempt. It has even been said that Hugo may have had a brain tumor that caused him so much pain, he bashed his head against the tank in agony. From that day on, Lolita never saw or spoke to another killer whale again.

Rose elaborates on Lolita’s strength saying, “It is far more likely that her resilience is due to unique aspects of her personality and genes. She is just one tough animal – and the Seaquarium is taking credit for that, ignoring Hugo’s sad demise decades ago.”

Whales and dolphins are among the most intelligent creatures on Earth. Scientific evidence has proven that whales and dolphins can hunt, use tools, surf waves, rescue humans and even, as Hugo proved, take their own lives (when in captivity). Whales and humans share many of the same complex cognitive abilities, one of these is self-recognition. This means that whales and dolphins – like humans – are vulnerable to emotional stress associated with understanding themselves as individuals and comprehending their own feelings. As you may know, this sort of stress can be incredibly damaging, both on mental and physical levels.

“To be physically removed from her family for almost 45 years while still being mentally and emotionally bonded for life with her family shows unbelievable patience and courage, day after day, year after year,” Howard Garrett of Orca Network explains to One Green Planet. “I think it would be fictional to say she has no feelings about her separation from her family all these years.”

Perchance to Dream, a six minute documentary created by Lauren Kimball, offers you the chance to visualize how Lolita sees, feels and dreams. Bioligists have praised this documentary, saying it greatly captures the emotions of a killer whale in captivity. This animated feature invites you to see her world through Lolita’s eyes.  What happens when the lights go out and the seats empty? What does the dazzling performer think about when the music is switched off and she’s left with only the sound of her beating broken heart? Check out the video below:

Will Lolita’s Story Have a Happy Ending?

Will Lolita ever see her mother again? Will the rest of her life be spent in a tiny, filthy tank until the day she dies? She’s spent nearly fifty years  performing here. It’s time to set her free.

Her release has not be suggested yet. However, when asked whether Lolita would stand a chance of survival if she was returned to the wild, Rose says,”Given her age, the obvious plan is to retire her to a sea pen enclosure in her native habitat. Release would only be considered if her response to this (and the response of the southern resident orcas) suggested there was a chance of success. Otherwise she would be cared for in retirement for the rest of her life.”

Nobody knows, right now, whether Lolita will ever return to the ocean. But if we stay positive and continue our plight in changing public opinion, there is always a possibility.

“Park owners and government agencies may be the last to be moved, but they too will have to shift along with public opinion,” comments Howard Garrett. “I think we have a sound plan for Lolita, and that reality, when understood by the newly conscious public and the owners and the government, could bring her home. The exact sequence of events is yet to be seen, but there are several scenarios that could make it happen.”

What You Can Do to Help Lolita

The story of Lolita’s life thus far has been incredibly tragic. However, the good news is that you can take action to end this sad tale for Lolita and help many other cetaceans suffering in captivity as well. Here’s how:

Or send an email to [email protected]

With your help we can change the ending of Lolita’s story for the better!