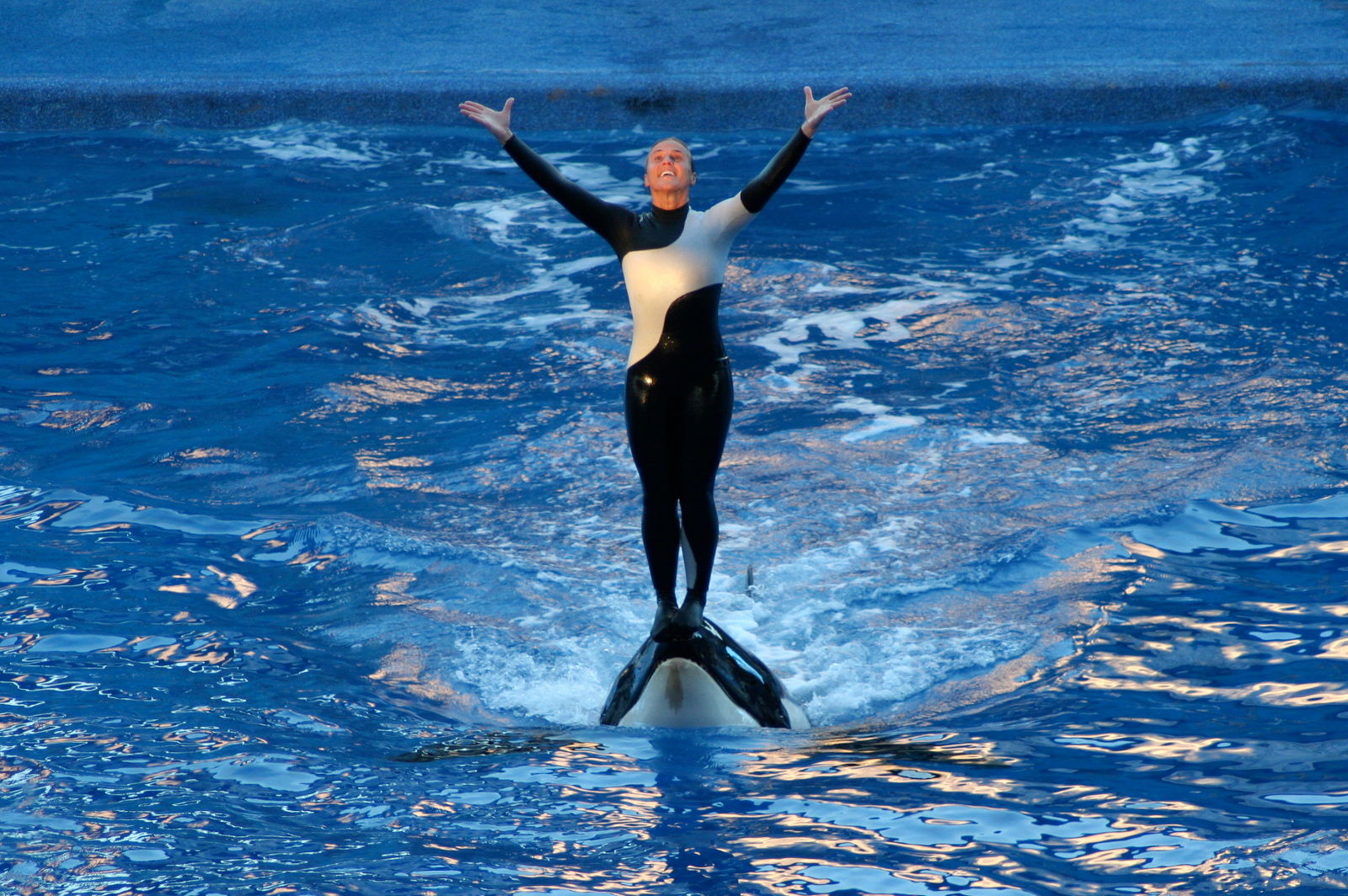 It was recently the sixth anniversary of Dawn Brancheau’s death. She was an orca trainer at SeaWorld Orlando, who died on Feb. 24, 2010, after being pulled into the water by Tilikum. This tragedy prompted calls for a substantial change to the way SeaWorld operates, and as a result of her death, several new safety measures were put in place, including a rule that trainers were not to have direct contact with the whales. The Occupational Safety and Health Administration (OSHA) cited the corporation for a number of safety violations and instructed them to ensure that their trainers start wearing safety vests and remain out of the water, among other measures.

Brancheau’s death was explored in depth by the 2013 documentary Blackfish. “Blackfish” revealed, in shocking detail, the extent of the corruption and cover-ups perpetrated by SeaWorld in an effort to stop members of the public from learning just how damaging captivity really is to an orca, and how this creates a myriad of dangers for those who work with them. Brancheau was highly regarded and loved by her family, friends, and colleagues. She undoubtedly cared for the whales she worked with. However, her death revealed that placing a highly intelligent, sensitive, and cognitively sophisticated orca into a small tank that can never hope to replicate the space they would have in the wild leads them to experience untold frustration … and this can sometimes lead to tragic consequences.

How do Killer Whales Live in the Wild?

Wild orcas live in tight-knit matriarchal pods and remain close to their family members for their entire lives. They can travel up to 100 miles a day – which makes them one of the most widely ranging mammals on the planet – and possess brains over four times larger than our human ones. The lobes that deal with the processing of complex emotions are also larger in an orca’s brain than in a human one. In addition, the typical lifespan of a wild orca is thirty years for males, and fifty years for females, though some – such as “Granny,” the J-Pod’s head matriarch – can live to be significantly older than that. When spotted off the coast of Canada in May 2014, she was believed to be an astounding 103 years of age!

Sadly, captive orcas seldom get to experience natural family bonds for very long, as SeaWorld and other marine parks have a nasty habit of separating mothers and calves … then refusing to admit that they have done so. Captive orcas also tend to have a shorter life expectancy than their wild counterparts, with males surviving for an average of nineteen years, while females live to an average age of thirty. In 2013, a Whale and Dolphin Conservation (WDC) study revealed that the 33 orcas who were bred in captivity up until that time, and had since died, only survived for an average of 4.5 years.

The majority of male captive orcas experience dorsal fin collapse, including Tilikum, the whale who killed Brancheau. Conversely, this condition is observed in less than one percent of wild male orcas. Depression, abnormal repetitive behaviors, self-mutilation, and unusual illnesses and infections are also rife among captive orcas. SeaWorld has even had to resort to medicating the animals with psychoactive drugs in an effort to prevent these problems. Late last December, a young female named Unna, who had been living in SeaWorld San Antonio, became the latest SeaWorld orca to die of a resistant strain of the fungus Candida.

Brancheau is not the only whale trainer to have been fatally injured by a captive orca. Alexis Martinez was killed by an orca named Keto at Loro Parque in Tenerife on Dec. 24, 2009. Keto had been bred in captivity by SeaWorld, meaning that the corporation had to have known about the tragic incident … yet took very little action to ensure the safety of its own trainers in response. If they had done so, Brancheau might still have been alive today.

“It’s a sad fact that when Alexis Martinez was killed, the incident did not get any media attention at all,” said Dr. Naomi Rose, a marine mammal scientist with the Animal Welfare Institute. “I honestly think the lack of attention to Alexis’ death was one of the most unethical things SeaWorld ever did. They knew about it, yet never said a word to the U.S. media, despite it being one of their captive-born whales who killed Alexis. If Dawn hadn’t died nine weeks later, it’s hard to know if anyone outside of Tenerife to this day would know about Alexis’ death.”

Tilikum, too, has been connected with other deaths besides that of Brancheau since he was first captured off the coast of Iceland in 1983, at the age of just two years. In 1992, he pulled a trainer named Keltie Byrne to the bottom of the pool at the now-defunct marine park Sealand of the Pacific. Tragically, Byrne met her death as a result. He was also connected to the death of Daniel Dukes in SeaWorld Orlando seven years later. It is obvious that neither of those deaths would have happened were he not held captive in the first place.

According to Helene Hesselanger O’Barry of The Dolphin Project, “Had Tilikum not been yanked out of his ocean home, he would likely still be traveling the deep, chilly waters of Iceland for miles each day, going from one destination to the next. His world would have been one of tremendous diversity, new challenges, and boundless activities, such as hunting, playing, and socializing with pod members. With every leap out of the water, he would see an endless ocean, free of barriers other than where the ocean meets the shore.”

John Hargrove, a former SeaWorld trainer who was interviewed in “Blackfish,” has revealed that episodes of aggression in captive orcas are far more commonplace than members of the public realize. In his groundbreaking book Beneath the Surface, he revealed that he himself once experienced a moment of terror for his life, after an orca named Freya became angry and refused to cooperate with any of his or his fellow trainers’ signals. She ended up pushing him into the center of her pool – away from the safety of the edge – before repeatedly pulling him underwater. Hargrove and his colleagues eventually figured out a way to defuse her anger, and the entire incident lasted less than fifteen minutes, but Hargrove said that he could recall “(looking) back at the water, at what could have been the end of my life at the age of 27. My knees were shaking.”

He added that during his time as a SeaWorld trainer, he truly “loved those charismatic and complex beings. … We were dedicated to working and performing with the whales; and we steadfastly believed we were doing what was best for the orcas. Our lives were so intertwined that we felt as if we could channel what the whales were feeling.” Ultimately, however, he came to conclude that SeaWorld trainers’ genuine belief that they are doing the best they can for the animals is, sadly, “just a part of a rapacious corporate scheme that exploited both the orcas and their human trainers,” and that “if I had to live (the orcas’) lives, it would be hell. Captivity is always captivity, no matter how gentle the jailer.”

What Next for Captive Orcas?

Six years on from Brancheau’s death, the public is a lot more informed than they once were about the suffering that orcas and other marine animals endure when they are confined to cramped, unnatural pool environments. SeaWorld has gone through a series of major setbacks since “Blackfish” was released, with high-profile musicians refusing to perform at the park, major shareholders divesting from the company, and audience attendance figures dropping. In August of last year, the corporation reported that their second-quarter profits for 2015 had declined by an incredible 84 percent on the previous year’s figure.

Last October, the California Coastal Commission ruled that SeaWorld San Diego’s proposed “Blue World Expansion Project” could go ahead only if the company agreed to cease their captive breeding program. This stipulation effectively rendered the extension plan useless, as it means that the corporation will be deprived of new orcas to restock their tanks once the animals currently living at the park begin to die out. In November 2015, SeaWorld San Diego announced that they would be putting an end to their orca shows. CEO Joel Manby explained that “we are listening to our guests, we’re evolving as a company, we’re always changing.” If only they could “evolve” in the direction of retiring their captive orcas to spacious, tranquil sea pens, instead of insisting that the animals must continue to remain in tanks!

“Blackfish” has largely succeeded in turning the tide of public opinion against captive whale and dolphin shows in the West, but a major battle is now looming elsewhere in the world. As we prepare to face that battle, it is important for us to honor the memory of Dawn Brancheau and other people who died unnecessary deaths because of humans’ cruel practice of confining orcas and other marine animals in an environment that fails to meet their needs.

Now more than ever, we must rally together and boycott these cruel facilities. When we stop paying to see these animals in captivity, we send a message that orcas, dolphins, whales, and all other animals belong in the wild – not on display for our entertainment.