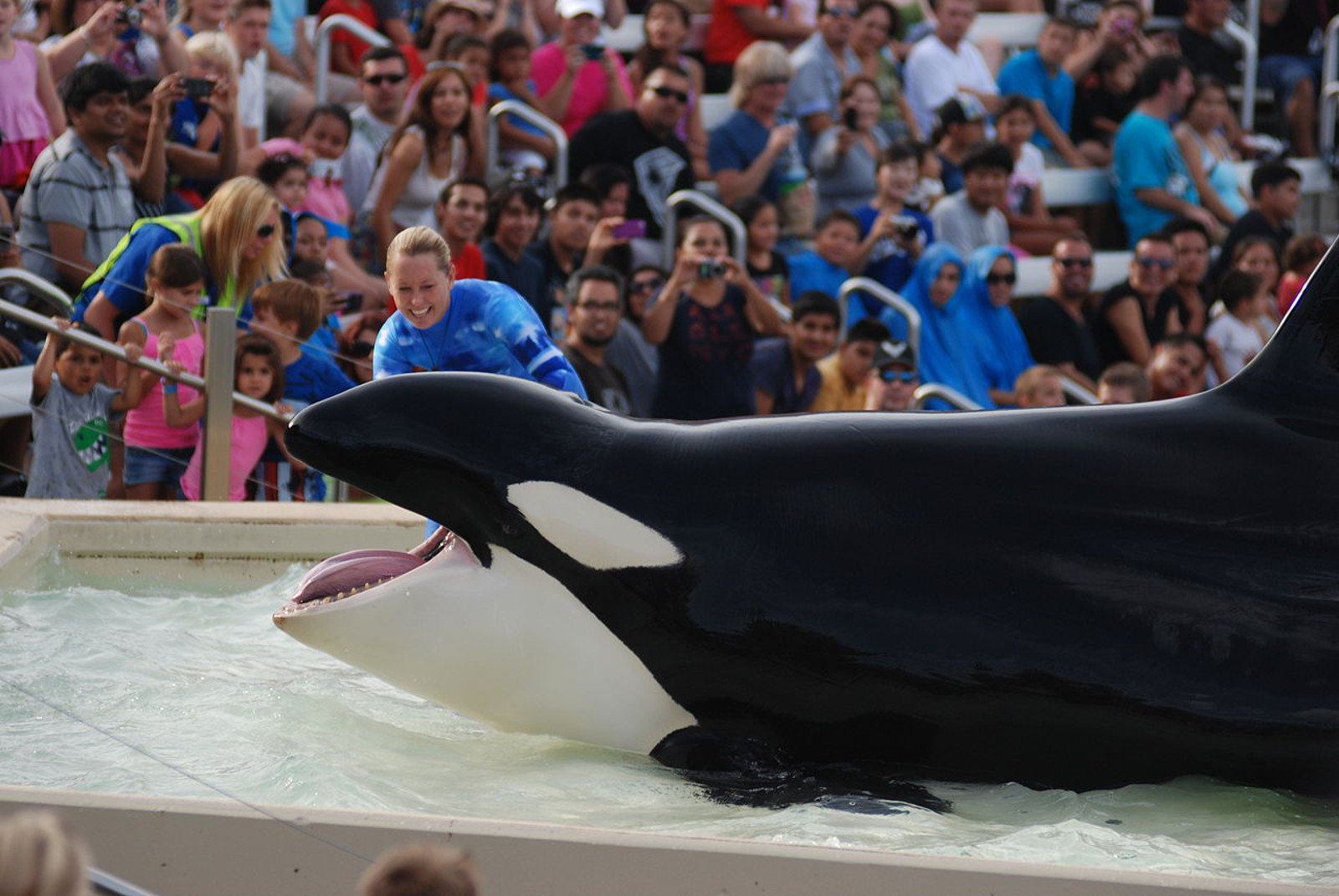 While there are many reasons why Orca whales do not belong in captivity, one of the most prevalent reasons is that they can become frustrated and aggressive towards humans when kept in a pool essentially the size of a bathtub for extended periods of time. Whether or not you agree with the controversy surrounding the film, “Blackfish,” seeing Sea World respond to alleged OSHA violations (that contributed to the death of trainer, Dawn Brancheau) by outfitting their trainers in safety vests seems about as effective as popping water-wings on your toddler and pushing them out to sea.

The new inflatable vests are a new addition to the Sea World trainer uniform, a signifier of the”many changes Sea World has made in the last four years” says animal training curator, Kelly Flaherty Clark. While I will contend that the safety of trainers is very important and these vests could help to prevent more unnecessary deaths, this small change just seems like putting a band-aid on a much larger problem. Rather than treating these animals and their trainers with the due respect of value for their lives and ending their sea-life spectacles, it seems Sea World is doing everything it can to save face without making any sort of honest change.