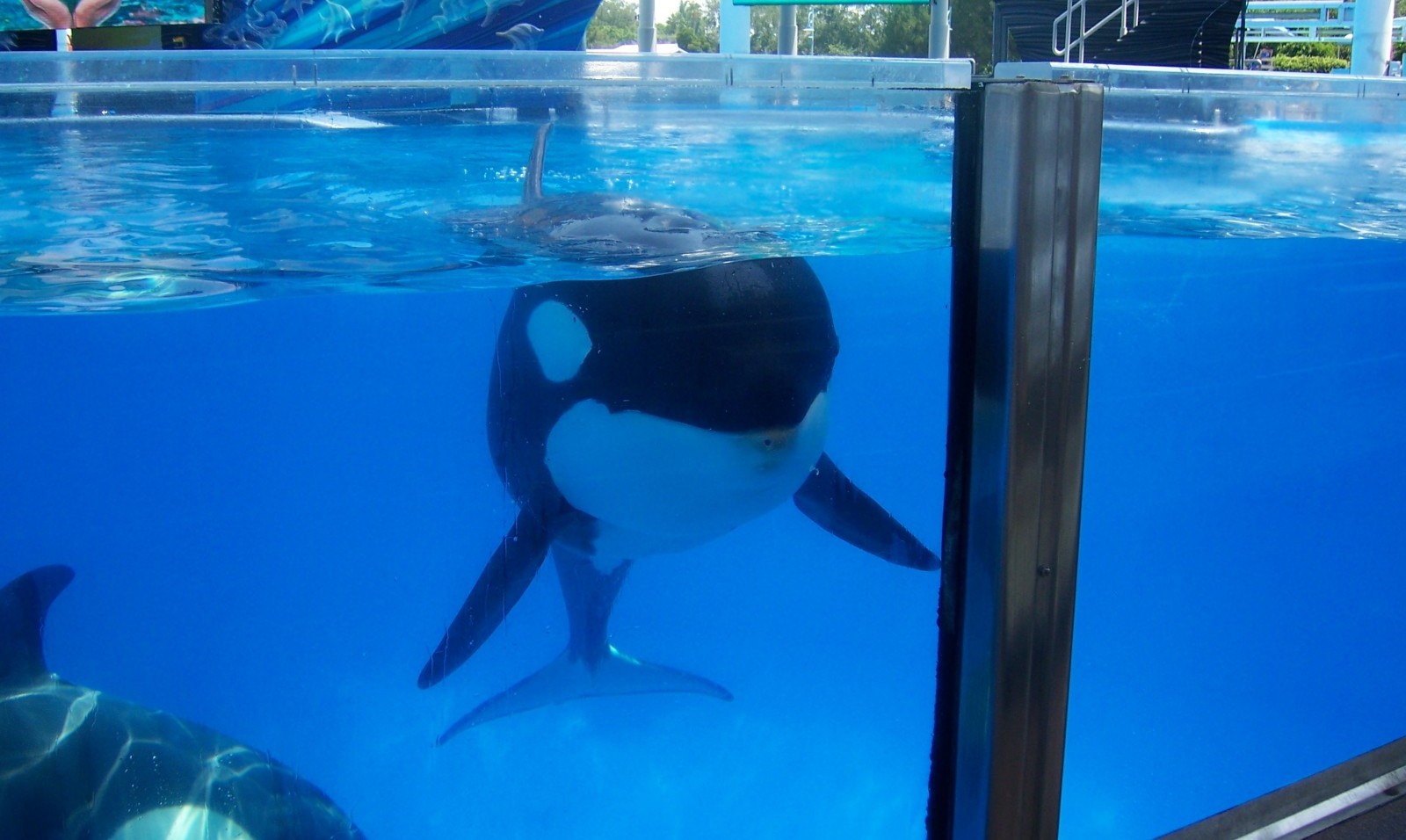 Efforts to prevent the live capture of marine animals date back to 1972 when the Marine Mammal Protection Act was passed to protect wild marine mammals from forced into captivity. By 1976, Washington became the first state to prohibit the capture of orcas from their waters. While the legislation and bans in place showed progress and change in the public’s perception of marine mammal captivity, specifically of orcas, dozens had already been captured and sent to marine mammal parks around the world, including SeaWorld and Miami Seaquarium.

Since the release of the documentary Blackfish in 2013, marine mammal facilities have taken a hit as the public, for the first time since protests in the 70s, question the captivity of orcas. Although much of the information in Blackfish wasn’t new to the scientific community, it brought global attention to captivity and just how detrimental it is on the physical and psychological well-being of orcas.

SeaWorld, the self appointed pioneer and leader in marine mammal captivity, will never be able to recreate the orcas natural environment. Captivity of orcas leads to a number of stereotypic behaviors that marine parks attempt to sweep under the rug through the use of psychoactive drugs. While marine parks can try to mask the suffering of the animals they hold captive, as conscious consumers, it is up to us to continue to question these facilities who profit off of showcasing animals. When we look at how life in the wild compares to that in captivity, the answers are rather clear. These are just a few of the traumatic experiences captive orcas have had to endure, but they illustrate the greater sacrifices that these animals have to suffer for the sake of entertainment.

1. Being Captured From the Wild 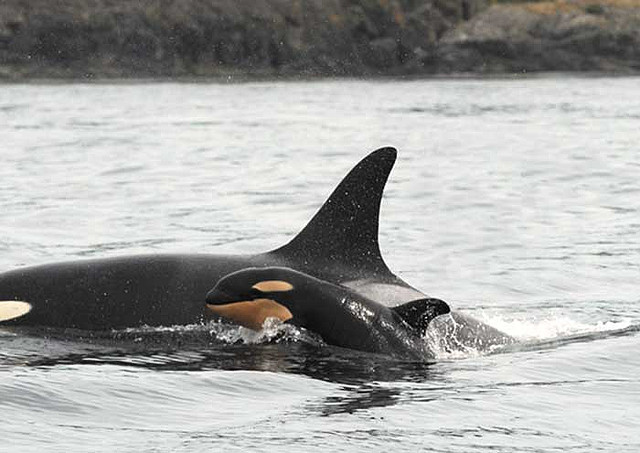 In the documentary Blackfish, footage of orca captures and first-hand accounts by fishermen who were involved in the captures exposes a past SeaWorld tried desperately for years to keep under wraps. The footage shows the fishermen corraling a pod of orca into a bay and using explosives and nets to separate the babies from their parents in order to capture them. The struggle between the humans and the whales was traumatic to say the least. Many orcas were injured or killed in the process of capture and the sounds of sheer terror and sadness emitted from the whales are enough to break your heart on the spot. While the footage of orca captures is depressing, it only further corroborates what we’ve known for years: the bonds that form between members of orca pods are incredibly intimate and unique and to separate them from one another is cruel.

In the wild orcas live in pods consisting of kin from a number of generations. Lead by the oldest living female the family dynamic present in orca pods is comparable to that of a close knit family, perhaps even more so.

Today, SeaWorld holds 22 orcas in its three parks in the United States. Five of the orcas still living at the parks were captured from the wild when they were young. While SeaWorld no longer participates in live capture, the traumatic experience of these five orcas has only spawned further suffering for their children who have been born into a captive world that they should have never had to know. 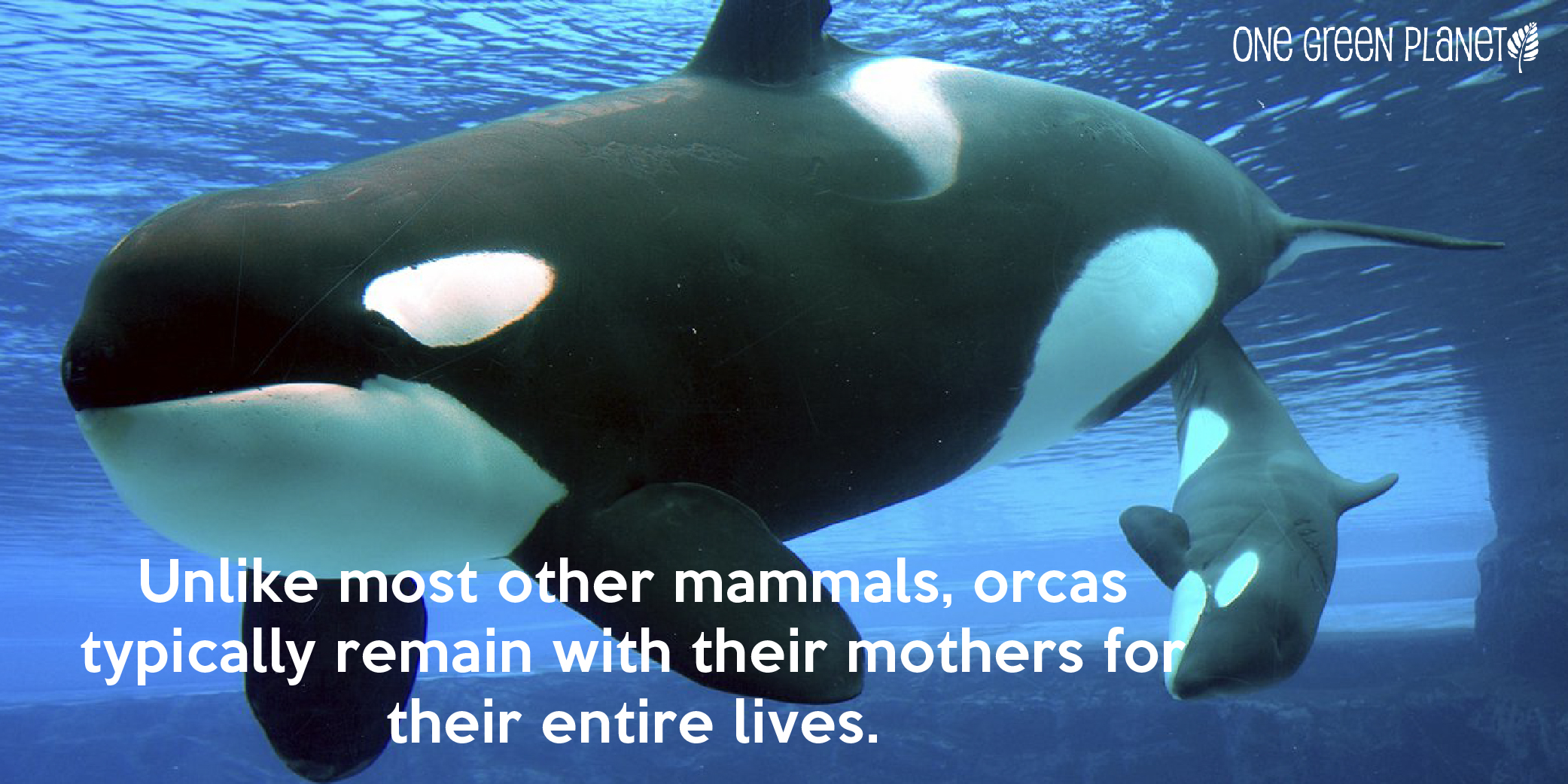 During the height of orca captures, the separation of mothers and calves was common practice. After the Marine Mammal Protection Act was passed and facilities were prohibited from taking orcas from the wild, breeding programs were necessary to ensure the parks had not only a living population of whales but also the ability to produce calves through sperm collection and artificial insemination.

Orca mothers have repeatedly abandoned or rejected their calves in their captivity, a phenomenon rarely seen in the wild. In this incidence, SeaWorld has justified the separation of mothers and calves by stating it’s only ever done when it’s absolutely necessary and that calves are not taken until they’re old enough.

The truth is, it’s traumatic to remove an orca calf from their mother at any age, given they rarely leave their mother’s side in the wild. SeaWorld has repeatedly removed calves from their mothers at unnaturally young ages and continues to disregard the obvious: if captivity was a stimulating and healthy environment for their orcas, the mothers would not be rejecting their calves at all.

Despite the reasons SeaWorld uses to justify separating mother and calf, it’s no less traumatic for the whales involved. John Hargrove, a former senior killer whale trainer at SeaWorld described his first hand account of the separation of a mother and calf:

“In fact, [when Takara was taken from Kasatka], she was emitting vocalizations that had never been heard before ever by anyone … obviously Takara was gone and [Kasatka] was trying anything she could to try to locate and communicate with Takara, which is absolutely heartbreaking.”

According to Hargrove, he knows of at least 19 instances that calves were removed from their mother, 17 of which were for management purposes and only two of which were medically necessary. 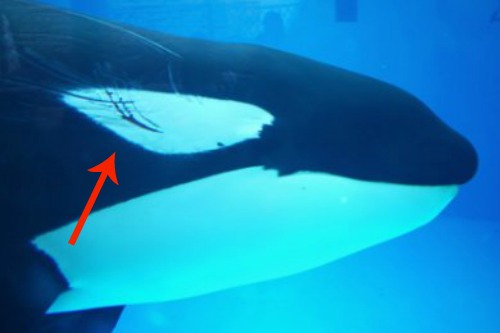 A social hierarchy is present in wild orca pods, but the artificial social groups designed by SeaWorld employees makes things a little more confusing. Whales from different regions are bred in captivity and forced to live together; this in addition to the size of the pools orcas are confined to leads to an increase in orca conflict in captivity.

In the wild orcas are able to work out any issues they may have with one another by simply swimming away to avoid being rammed or raked. Sadly, we’ve seen the devastating results that can occur when a captive orca becomes aggressive with a trainer or with a fellow whale.

There are undeniably dangers that orcas face in the open ocean, many of which are caused directly by human activities including overfishing and boating accidents. Despite these dangers, however, we can’t help but wonder if the possibility of encountering danger in the wild is still a far better prospect than the suffering orcas experience in captivity.

Orcas born into captivity live a life of monotony where they are subjected to the aggression of others and deprived of the ability to develop meaningful relationships with their families. These highly intelligent beings deserve more than the life we have artificially constructed for them in captivity, and it’s time SeaWorld and marine parks around the world end their breeding programs so no more orcas are forced to suffer.

Let SeaWorld and other marine mammal parks know you don’t support the captivity of orcas, but most importantly, don’t buy a ticket!