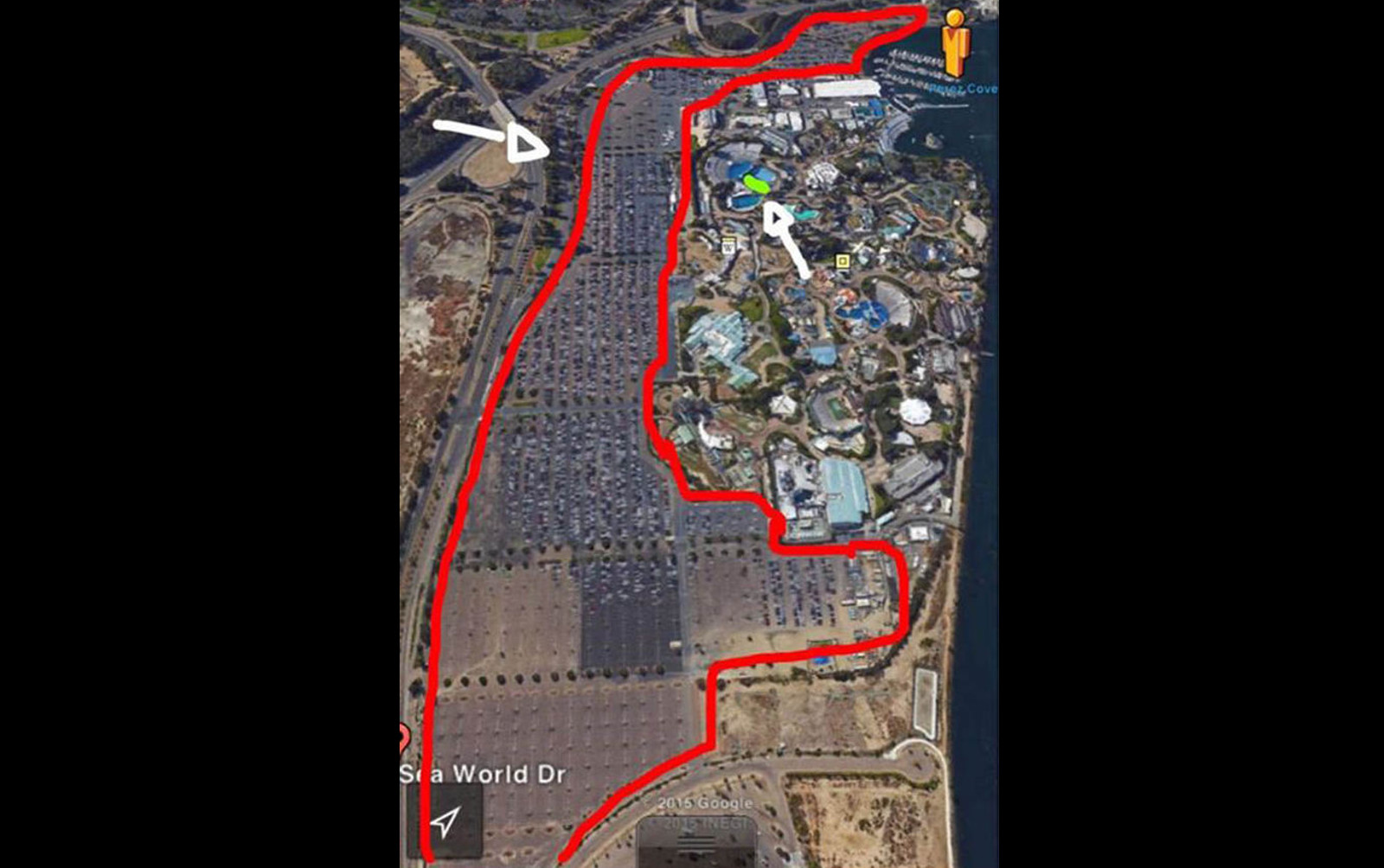 Ever since the release of acclaimed documentary Blackfish a few years ago, entertainment giant Sea World has been on the defensive … and on the decline.

Damaging evidence has continually emerged since that time, showing the public that Sea World is not exactly the marine mammal paradise it claims to be. The revelation that they must administer psychoactive medication to their killer whales to stave off depression was particularly damaging, as were their multiple citations by the Occupational Safety and Health Administration (OSHA) for welfare and safety violations. studies have been released concluding beyond doubt that their animals are stressed as a result of captivity.

There is a lot that could be said about Sea World’s continued policy of holding large marine animals in captivity. However, in this case, a picture paints a thousand words. If anyone, anywhere, still thinks there is nothing wrong with holding a twenty-thousand-pound orca in a tank whose size equates to a minuscule percentage of their natural territory … let them check out this image: 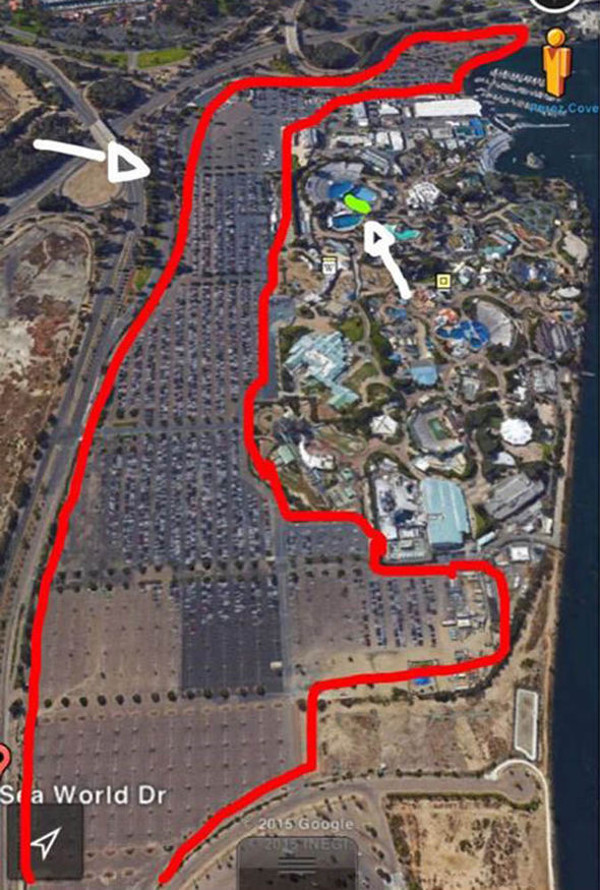 Andrew Lawes posted the image to Facebook after public outrage erupted over the killing of Cecil the lion in Zimbabwe. He said, “Lot of talk about animal rights this week, thought I’d share this. The red line is the size of the Sea World car park. The green line is where the Orcas spend their entire lives. Shocking really.”

The reality for captive animals right across the board – whether they are housed in a zoo or a marine park – is that they face zoochotic illnesses and stresses that would never be a factor of their everyday lives were they in the wild. While the story of Keiko demonstrates to us that the release of a marine animal must be carefully managed, we need to have a serious conversation NOW about the future of captivity, and whether this practice ought to be phased out. But can we ever do that if SeaWorld continues to deny that there is a problem?

The good news, Green Monsters, is that you can help make a difference for these animals by refusing to buy into SeaWorlds lies and not patronizing their establishments. SeaWorld is an establishment that is solely driven by profit, so when we stop paying for them to abuse animals, it can stop.