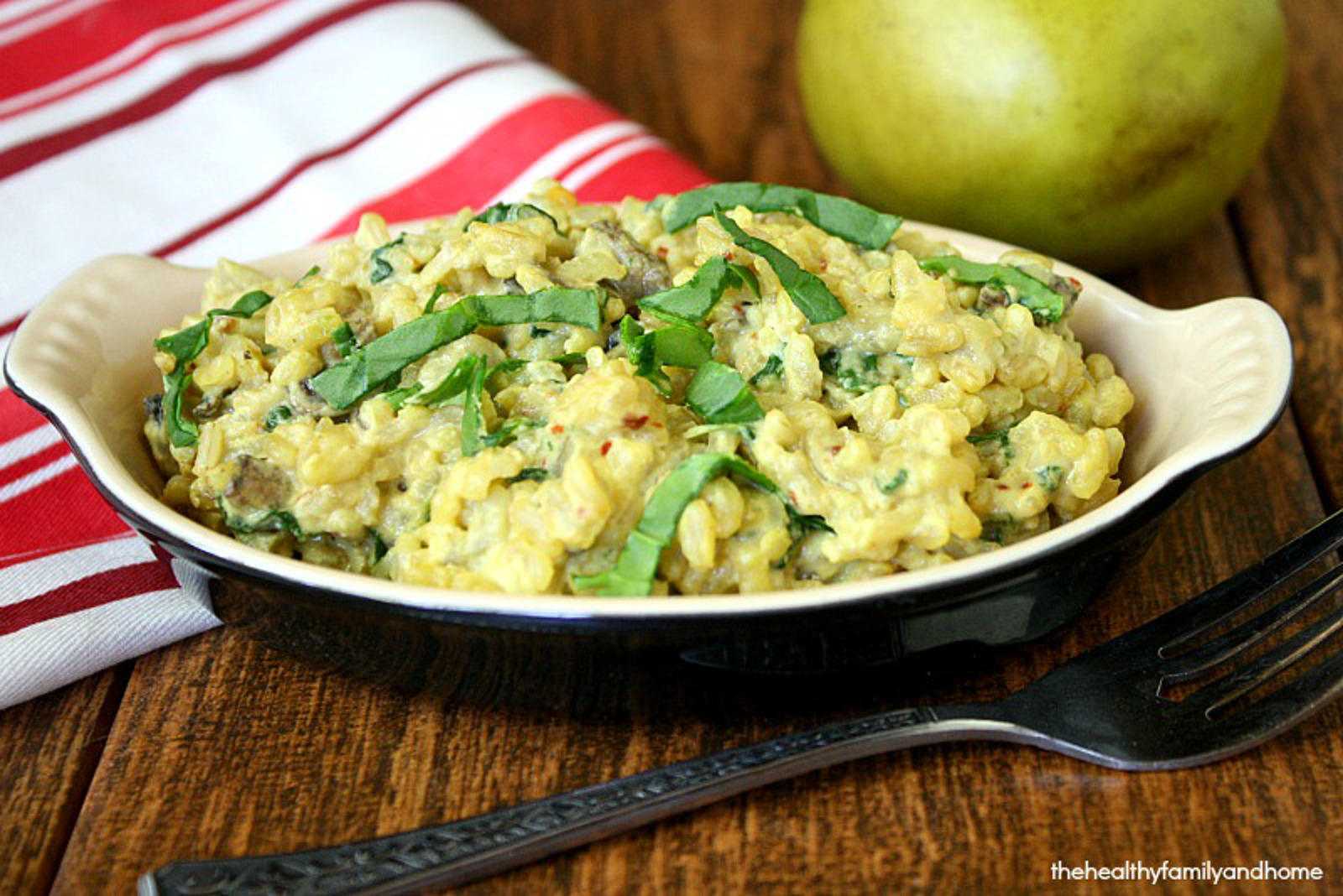 For this recipe, I mixed the sprouted brown rice with a creamy, vegan/non-dairy cheesy sauce, sauteed onions, mushroom and spinach, and a little spice from red pepper flakes. And, you could also add your favorite sausage (vegan or non-vegan) to make it even more filling. The other special thing about this recipe is that I used sprouted brown rice instead of plain brown rice. Enjoy!

For the Sauce
Advertisement

Tip #1: You can make the sprouted brown rice on the stove or in a rice cooker. I made mine in a rice cooker on the “brown rice” setting using the same measurements as the cook top method. You may have a little more rice than the (2) cups needed for the recipe, so you can either add the extra to the recipe or use the rice for something else. Tip #2: If you don’t want it too spicy, just use 1/2 teaspoon (or less) of the red pepper flakes. Tip #3: I’ve also made this with vegan sausage which would make it more of a meal than a side dish and it would add significant protein (26 g in one link), but decided to make it optional for a couple of reasons. The vegan sausage I use – Field Roast “Smoked Apple Sage” sausage isn’t gluten-free, so this would no longer be a gluten-free meal. If you needed the meal to be vegan, but not gluten-free, you could add this vegan sausage – I used (2) links. If you chose to use a non-vegan, regular meat sausage, I would have no idea of how to tell you to cook/prepare it. But this would be an option if you didn’t need it to be vegan, but needed it gluten-free. Or, just leave out the sausage all together if you need it vegan and gluten-free. Tip #4: I used “baby bella” mushrooms, but you can you whatever type you prefer.