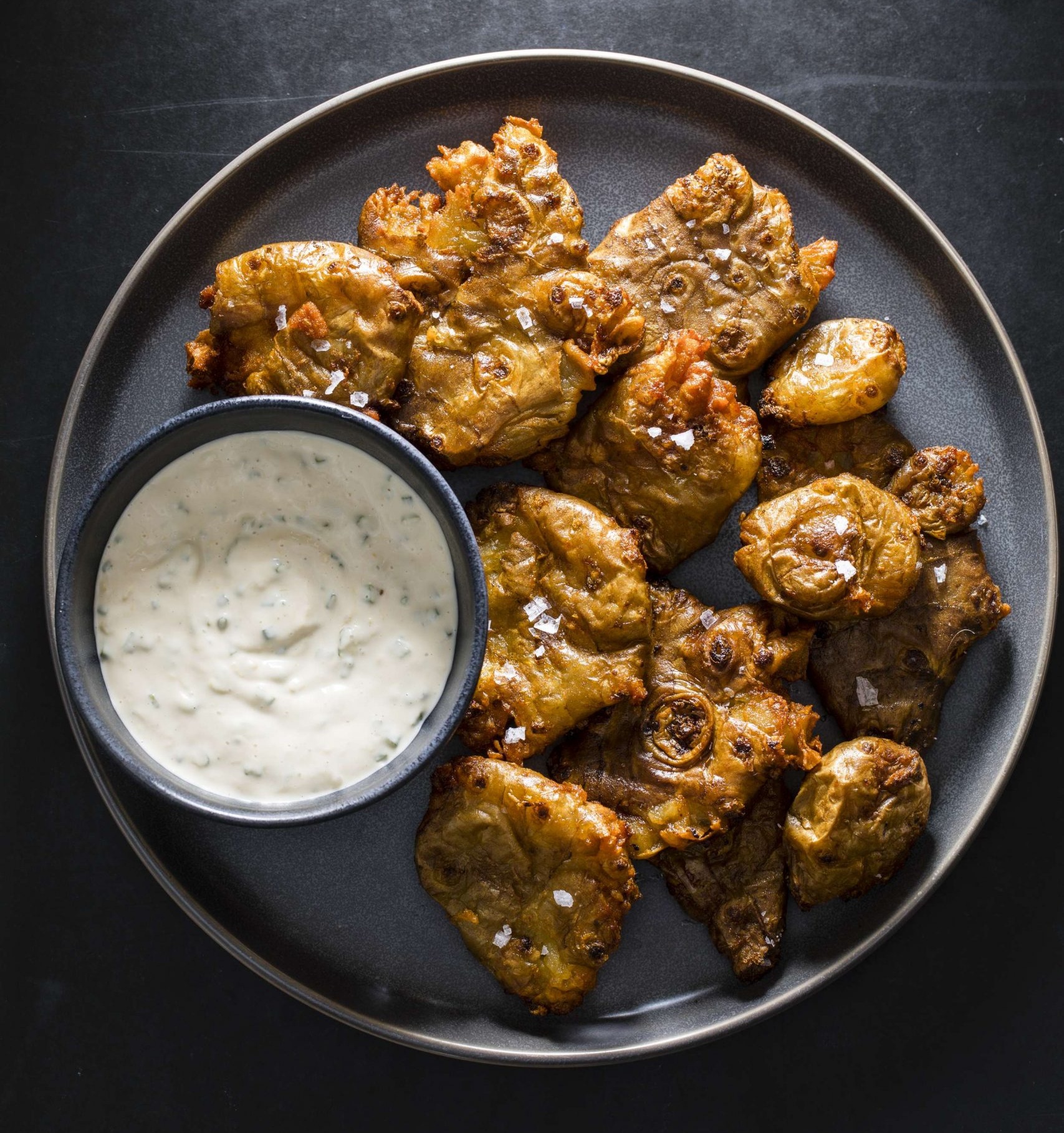 Sunchokes have a vegetal taste like a cross between potatoes and artichokes. They may look like knobby potatoes, but sunchokes do not contain any starch. Instead, they are rich in inulin, a soluble fiber that provides their earthy, sweet flavor. These sunchokes were pretty crisp and deep golden-brown, but smashing them after the initial frying adds the perfect crisp. This vastly increased the number of edges, nooks, and crannies in each sunchoke, resulting in ultra-crispy, crunchy fried sunchokes. Use a Dutch oven that holds 6 quarts or more for this recipe.