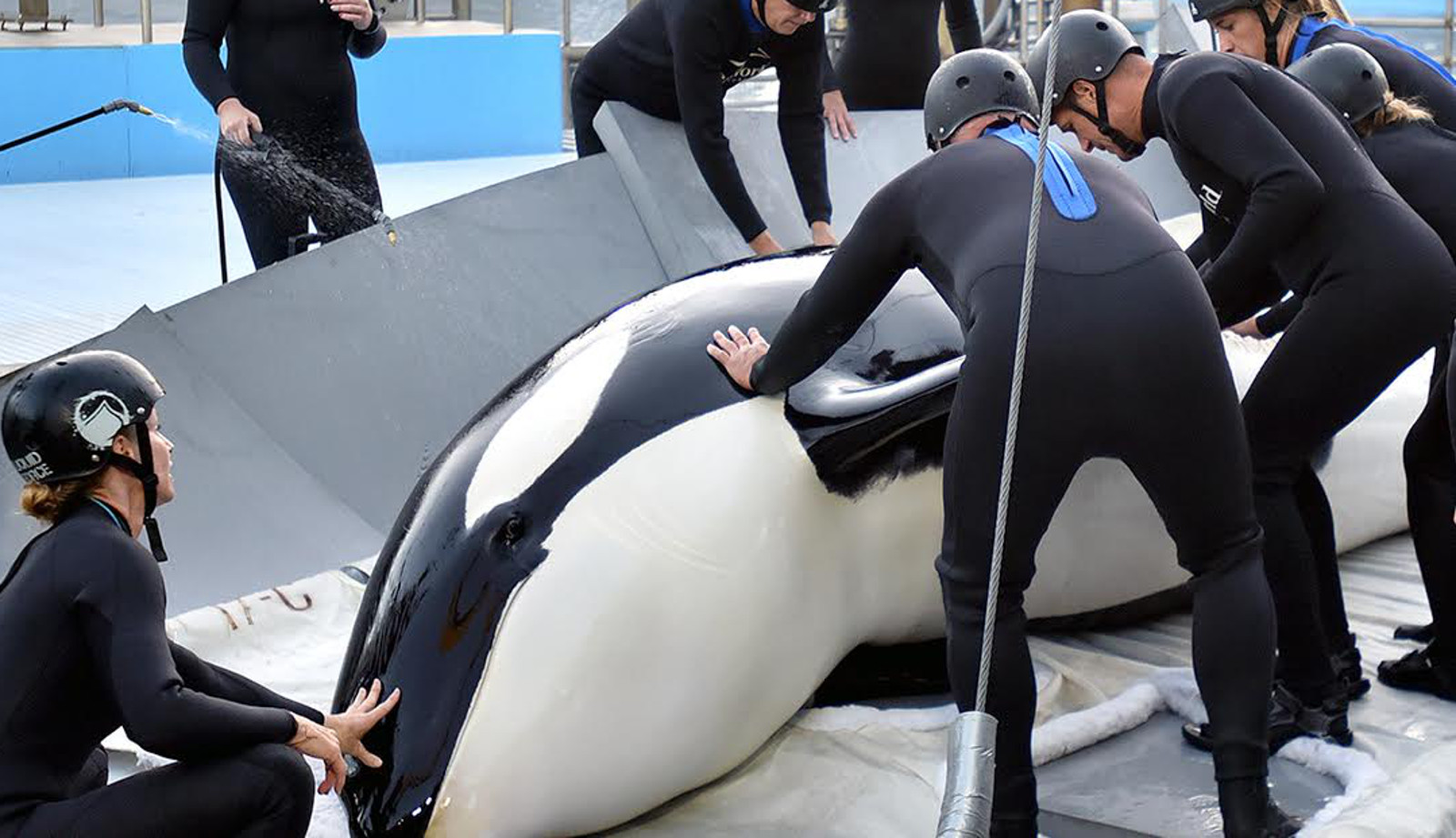 Since the release of the documentary “Blackfish” in 2013, the public’s interest in marine animal welfare has intensified. As a result, the marine park has come under scrutiny for its treatment of captive orca whales. SeaWorld has lost more than 100 whales in the past 50 years – many at surprisingly young ages or from seemingly preventable illnesses. The entertainment park has made some pathetic attempts to justify the poor health of its marine mammals by downplaying the severity and rarity of their afflictions, but the fact remains that captivity leads to some completely avoidable illnesses and even deaths.

Here are a few of the illnesses and diseases that have killed captive killer whales that SeaWorld would probably prefer you didn’t know about:

Whales at marine parks are routinely treated for poor dental conditions, afflictions rarely seen to such a degree in wild populations. According to The Orca Project, whales in captivity often suffer from fractured teeth due to frequently biting down on the steel gates that separate orcas during performances.  “If you’ve ever seen two dogs on the opposite side of a fence barking, this is two orcas on the opposite side of a gate. Sometimes they charge the gate and bite down on the bars,” former SeaWorld trainer Jeff Ventre said in an interview with Wired Magazine.

This biting creates cracks in the teeth, leading to infections. To deal with the infections, it’s common practice for whales in captivity to have holes drilled in their teeth, without any anesthetic, in a procedure known as a pulpotomy. Kalina, a 25-year-old female orca, dubbed the original “Baby Shamu” died on October 4, 2010, of Acute Bacterial Septicemia. She was the first orca born and raised in captivity at SeaWorld Parks. Before her untimely death, she had five teeth drilled, and four additional teeth pulled. She was the fourth orca to die at SeaWorld Parks within four months in 2010.

As in humans, poor dental health can lead to kidney disease. In 1981, SeaWorld lost its first Icelandic Killer whale, Canuck II, who died from chronic kidney disease at the age of just six, after spending four years in captivity. Orky II, who was featured in “Blackfish,” wasted away in captivity, losing 4,000 pounds, about one-third of his weight in just a few months. According to the investigative book, “Death at SeaWorld: Shamu and the Dark Side of Killer Whales in Captivity,” SeaWorld’s necropsy report showed he died of kidney failure.

At least nine orcas have died at SeaWorld of Pneumonia since 1971. According to the Orca Network, Bacterial Pneumonia is the most common cause of death for captive dolphins and orcas.  A contributing factor to infection-caused mortality in captive orcas may be immunosuppression. Pathogens or injuries that the immune systems of wild orcas would successfully combat or manage may be fatal to captive orcas, due to chronic stress, psychological depression, and even boredom. All of these can cause immune system dysfunction or other health problems, including pneumonia.

In December 2015, orca Unna died just days before her 19th birthday of Candida, a fungal infection which causes lesions to appear near orifices on the body. On the website SeaWorld Cares, which the entertainment park created to defend massive backlash in regards to the treatment of their orca whales, they claim that candida is “pervasive in the environment,” suggesting to readers that it’s found in wild whales and other animals. Unfortunately for SeaWorld, scientists disagree.

According to the Merck Veterinary Manual, a respected encyclopedia of veterinary medicine, the infection is a common result of captivity: “This common mycotic disease in captive cetaceans occurs secondary to stress, unbalanced water disinfection with chlorines, or indiscriminate antibiotic therapy.” SeaWorld’s press release stated that Unna’s infection was resistant to the prescribed antibiotic treatment, although former trainers have come forward confirming SeaWorld regularly administers captive whales with antibiotics, which can lead to drug-resistant strains of infections.

Mosquitos love stagnant water, which makes giant whales at SeaWorld and other marine parks perfect targets. In the wild, whales spend most of their time under the water, constantly in motion. In captivity, though, there just isn’t enough room to swim, and the whales spend a large portion of their time resting motionlessly at the surface. With their bodies exposed, they’re increasingly vulnerable to mosquitos and the viruses they carry.

SeaWorld can Hide Details of its Orcas’ Health

Reforms to the Marine Mammal Protection Act (MMPA), which specifically calls for an ecosystem approach to natural resource management and conservation, no longer requires facilities housing marine mammals to make necropsy reports public. Necropsy reports are usually the most accurate way to determine causes of death in these marine mammals. Instead, facilities are only required to release a cause of death. In doing so, the public receives a glossed over version of the truth when such deaths and illnesses occur.

How Can You Help Stop The Suffering of Captive Whales?

As Green Monsters, we ask that you continue to share articles like these and let these marine parks know we don’t support the suffering of these sentient beings. Take the pledge to never visit a marine park and urge SeaWorld to stop the abuse of these highly intelligent beings by ending their breeding programs. All animals deserve the chance to lead the natural life they were intended to; it is up to us to ensure this happens for orcas – and every other animal.