Why Are Polar Bears on Prozac? 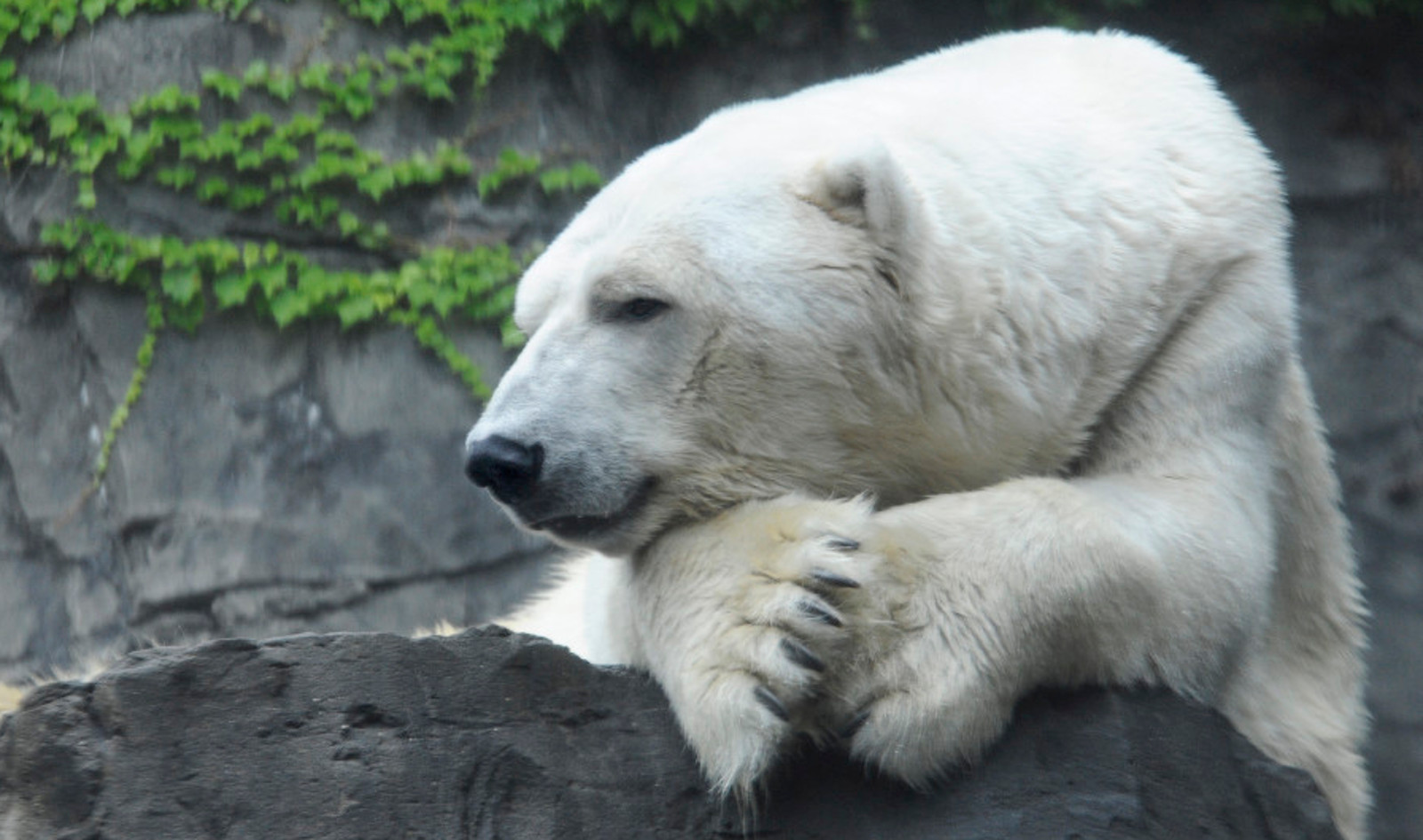 He was the iconic face of the Central Park Zoo, a celebrity in his own right, with visitors flocking to take a glimpse at him doing his famous act: compulsively swimming. For up to 12 hours a day, every day, Gus the polar bear would swim in figure-eight patterns. To tourists and New Yorkers, he was memorizing. To zoo officials, he was neurotic and in need of serious medical help.

Since 1988, the polar bear had been living in a 5,000-square-foot enclosure — “less than .00009 percent of what his range in the Arctic would be,” according to animal expert Laurel Braitman. On top of living in such a small space, he was extremely bored.  Gus was the only polar bear at the Central Park Zoo, forcing him to a life of solitary confinement. Alone in captive isolation, he was beginning to his mind, which led to his constant figure-eight pattern swimming.

In a bid to curb the neurotic behavior, the zoo hired animal trainer Tim Desmond – the same trainer who worked with the orca who played Willy in the film, “Free Willy.” Realizing that the key problem was boredom, Desmond gave him snacks that took him longer to find and eat and added lots of toys to his enclosure to provide him with mental stimulation.

They also, famously, gave him a dose or more of Prozac, an antidepressant that’s secretly being given to many animals in captivity in order to treat depression. It’s unknown for how long Gus was on the drugs, but eventually, the repetitive swimming began to lessen. Though it never stopped completely.

It’s no wonder why animals in captivity experience anxiety and depression as few zoos are able to meet even the minimum environmental, social requirements. Only about 10 percent of the more than 2,000 animal exhibitors licensed by the U.S. Department of Agriculture (USDA) are also accredited by the Association of Zoos and Aquariums (AZA). However, even in those that are accredited enclosure can ever replicate that of a wild animal’s natural habitat. Due to restricted space, lack of environmental complexity and an absence of social stimulation, captive-held animals often establish abnormal behaviors, like pacing, rocking, swaying, over-grooming and self-mutilating. This stereotypic behavior has even been given its own label: zoochosis. Coined by Born Free Foundation Founder Bill Travers, the term zoochosis can be defined as psychological problems associated with animals kept in captivity who exhibit repetitive behaviors.

In captivity, big cats are prone to pacing; apes are known for rocking back and forth, over grooming and self-mutilating; and head bobbing and swaying can often be seen in captive-held elephants.

In the wild, elephants will travel up to 30 miles a day.  Predators like big cats and polar bears are used to hunting on a regular basis. All of these natural behaviors are robbed from them when they’re stuck behind bars in a zoo. Is it really such a mystery that they’re going insane?

To deal with mentally ill animals, zoos sometimes prescribe antidepressants – it’s really common, actually.  In her book “Animal Madness,” expert Laurel Braitman highlights the fact that drugs are often used to calm psychological problems. “At every zoo where I spoke to someone, a psychopharmaceutical had been tried,” Braitman told Slate. To save face, though,  zoos stay tight-lipped about this dark secret because they don’t want the public to know that their animals are miserable.  In 2005, the Toledo Zoo finally admitted that it had carried out an extensive psychiatric program on its animals. One gorilla was dosed with Prozac for anxiety.  An agitated tiger was given Valium and zebras, and wildbeests took Haldol in order to relax in their new environment.

In February 2014, penguins were given antidepressants at the British Scarborough Sanctuary to boost their moods after the distress of dealing with the intense winds and rain. Naturally, penguins would be able to cope with the weather because, in the wild, they huddle together, because penguins in captivity do not have typical social groups, they responded with high levels of stress and anxiety.

Let’s not forget SeaWorld, either. Last year, they faced criticism for pumping their orcas full of the psychoactive drug benzodiazepine to treat their mental health issues. Critics say it’s directly through their stressful, confined living conditions that they’re suffering from mental illness. It’s not just a coincidence.

Without enough scientific data, we can’t say much about how antidepressants work on exotic animals. But there’s a high chance that while antidepressants might help these mentally ill animals for a brief time, it won’t sustain in the long run. What these animals need more than any dose of Prozac or valium is a better living environment, with mental and physical stimulation. Or, even better, to be retired to a sanctuary or back into the wild, if possible of course.

The next time you think of taking a trip to your local zoo, think again. Life for wild animals in zoos is stressful, boring and most of all, miserable. These animals have been stolen from the wild, dumped behind bars in concrete enclosures, and left to live out the rest of their lives in a place they’ll never be able to call home. To zoos, these animals are disposable, there solely to make a profit.

Gus, the polar bear, lived and died in captivity. He was euthanized in 2013 at the age of 27. While this might be a ripe age for a polar bear in captivity, as they are said to live up to around 30 years old in the wild, those years were not happy ones.

It may not be written in big bold letters, but the truth is, many zoos are guilty of dosing their animals on antidepressants in order to convince visitors that their animals are happy and content.

The best thing you can do to help these animals in captivity is to avoid visiting the zoo. Tell your friends and family members why they should reconsider going to the zoo. And to increase your impact, share this article. Knowledge is power, remember!