Beyond the Zoo: How Captivity Affects the Mental Well-Being of All Animals 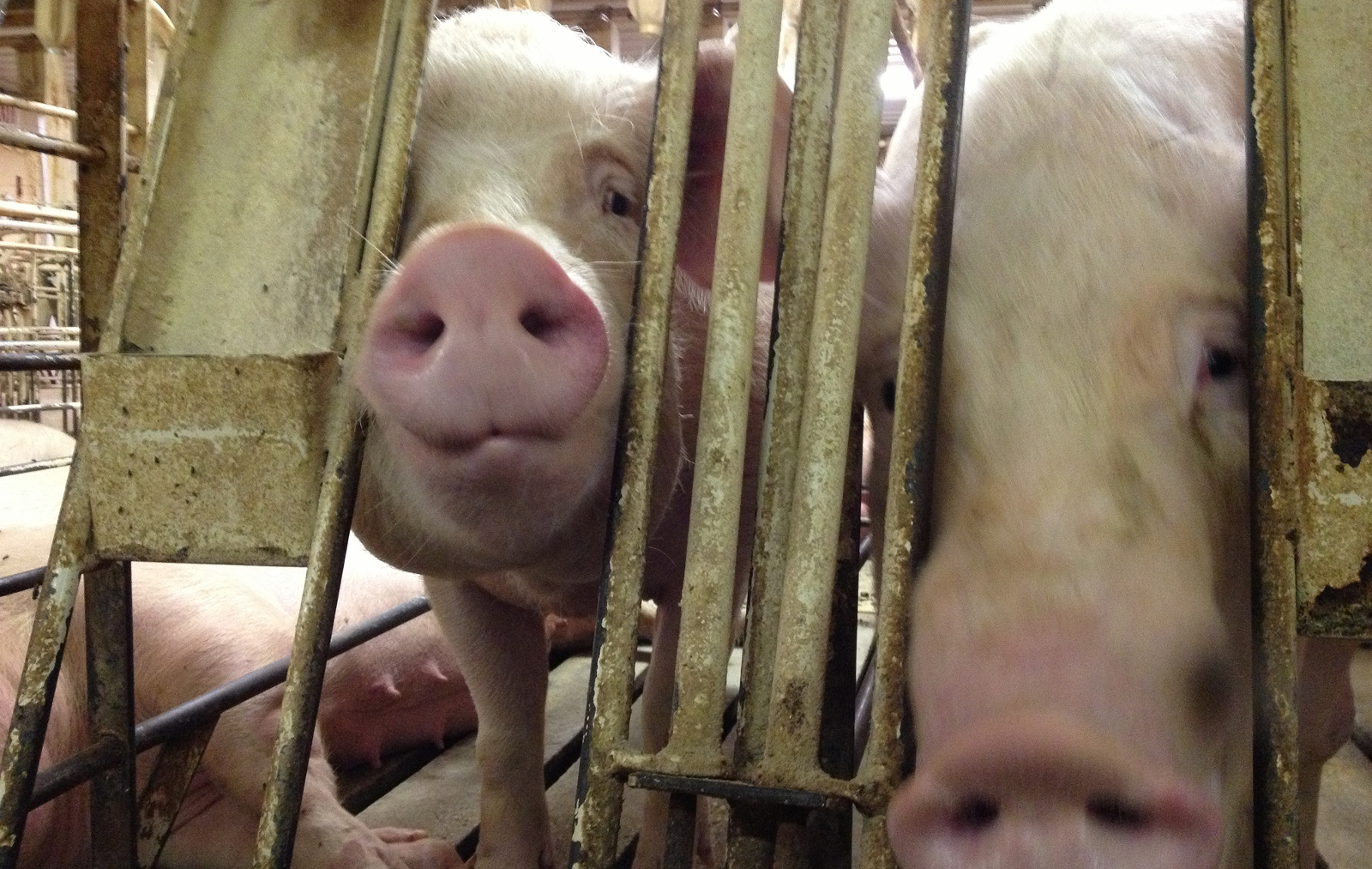 Exotic animals, farm animals, and domestic animals might not share many traits in common, but one thing that they all share is the fact that they exhibit stereotypic behaviors when in captivity.

Stereo-what…? No, we’re not talking about gender or race stereotypes (though they are also newsworthy!). Stereotypic behavior is the term we use to describe animal behavior which is invariant, repetitive and serves no obvious function. Commonly seen and documented examples include big cats pacing around the perimeter of their zoo enclosure, shelter cats habitually over-grooming and the “sham-chewing” behavior of factory farmed sows. These behaviors, along with a plethora of others, have been widely studied to answer questions such as, which animals perform them? In what circumstances? Why? Here’s our question – should we be concerned about the lives of the animals who display these abnormal behaviors?

Let’s look into our three examples in more detail, to see if we can shed some light on what might be going on.

Irregular pacing behavior is most commonly observed in big cats and canids (and other wide-ranging carnivores); exclusively in captive environments. It is referred to as a repetitive locomotion stereotype. During the progression of the behavior over time, the intensity changes. When the animal initially begins the pacing, they may be easily distracted by sights or sounds. However, after some period of time, the animal may appear in a “trance,” unable to break their pace or gaze. This is what we so often see in zoos – the apparent detachment from their environment. However, this is hardly exclusive to big cats in zoos, backyard lions and tigers often exhibit these behaviors as well as those used for roadside animal attractions and circuses. While the specific human purpose for keeping these animals may vary, the fact that they are being wrongfully held captive does not.

The specific route and accompanying behaviors may differ between individuals, and they may spend different amounts of time pacing – one study showed that the median percentage of time spent pacing in captive lions was 48 percent.  In contrast, prides of wild lions spend at least 20 hours per day resting – that’s a pretty staggering comparison.

Captive elephants have also been known to pace. Additionally, egg-laying hens and broiler chickens held in factory farms also pace when they are distressed. Unfortunately, these animals rarely enjoy an area large enough for them to pace far distances. In fact, the act of pacing which is meant to ease the stress of these animals often leads to their further anxiety. Just imagine trying to pace in a tiny, packed subway car … you can begin to understand the stress.

2. Over-Grooming and Self Mutilation

Grooming to the point of baldness, feather plucking and other self-mutilation behaviors are compulsive behaviors and deprivation or “self-directed” stereotypies, respectively. These behaviors are shown in a wide range of species including both rodents and primates in research laboratories, parrots, and other birds in captivity and cats in shelter environments or other stressful situations.

The animals appear to have a compulsive desire to groom themselves and/or direct an abnormal amount of attention to their own body (with self-mutilation, it’s usually one limb in particular which is constantly chewed or attacked). Over-grooming causes baldness and can cause painful rashes from constant friction on one area.

A repetitive movement of the jaw, sham-chewing is another self-directed, deprivation stereotype and is commonly shown in sows kept in gestation crates. The behavior mimics the exact movement of the jaw when food is being consumed. However, sham-chewing is performed in the absence of food — and since pigs are not ruminants, there is no possibility of actual mastication. The constant motion causes the animals to froth at the mouth. One study found that sows spent up to 90 minutes of each eight-hour day sham-chewing, often over several consecutive days. We should also keep in mind that this is just one of the many abnormal behaviors we see in pigs who find themselves in intensive farming conditions.

In a similar vein, zoo animals will mindlessly chew on the bars of their cages. Many visitors misinterpret this action as the animal’s attempt to say “hello” to them, but sadly it is actually more of a call for help than a happy greeting.

The Consequences of Captivity

All the behaviors above are caused by an absence of some natural necessity: environmental, nutritional, social, you name it. Locomotion stereotypes like pacing are thought to be a result of an inadequate living environment (restricted space or lack of environmental complexity), while self-directed behaviors are often a result of stress and anxiety caused by a lack (or excess) of animals of the same species. (Cats often do better as solitary animals, while most primates thrive in highly complex social groups.)

To answer our initial question; should we be worried? Yes, we should be worried that in order to cope with their lives, animals have established complex, abnormal behaviors which are not seen in their wild counterparts. While most of us provide amazing care for our own companion animals, we must not forget about the conditions to which we continue to subject them to.