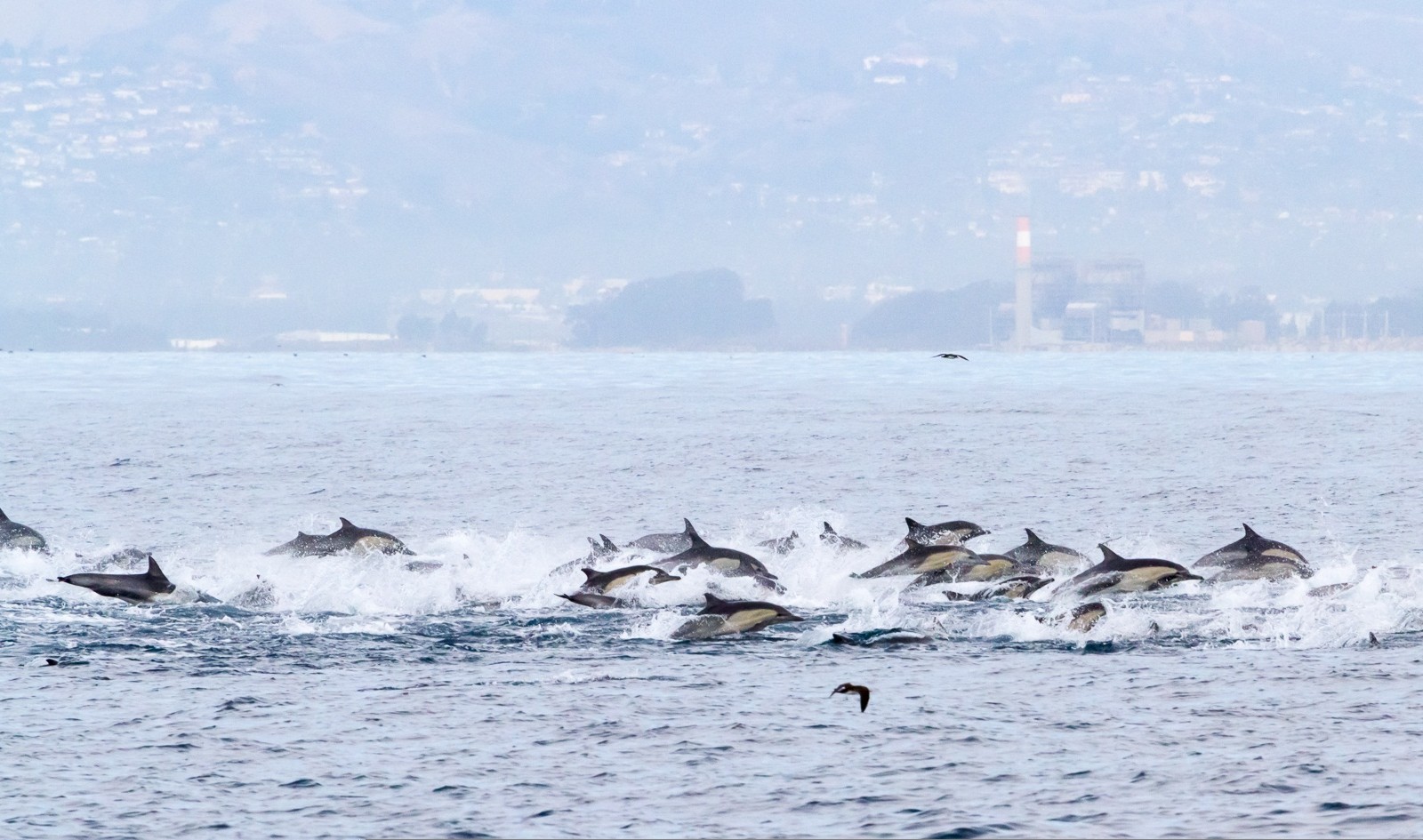 If we were going to hold a Spelling Bee or a trivia contest, and animals could talk during this contest, we definitely wouldn’t want to invite dolphins. They would blow everyone else out of the water because they’re crazy smart.

Dolphins, which are second in intelligence behind humans, are one of the few animals that can learn new things throughout their lives, and then teach those new skills to their young.

Dolphins are also one of the few animals that create their own games, and, even cooler, they have been observed playing games with other sea creatures. And maybe that’s because their brains are pretty complex, according to Emory University dolphin expert Lori Marino. A Discovery article discussing her research found that dolphin brains are pretty big, relative to the size of their bodies, intricate, with a “more highly convoluted” neocortex than our own, and structured for self-awareness and more complex emotions than most other animals. The neocortex is responsible for forming perceptions, memories and thoughts.

“Essentially, the brains of primates and cetaceans arrived at the same cognitive space while evolving along quite different paths,” Marino told Discovery.

Some research says dolphins might even be able to use the hemispheres of their brain separately. This idea is supported by the fact that dolphins can move their eyes independently, leading some scientists to say that they might be able to sleep with one side of their brain at a time.

Here are some amazing videos that prove how smart they are, which is just one reason why we shouldn’t keep them in captivity. Oh, but don’t expect to see any funny videos of dolphins playing with their reflections, because they’re too smart for that, too, and have been shown to recognize their reflections.

2. These dolphins help a young seal swim back to shore. *Sniffle*

3. Wild dolphins in the Bahamas pass some seaweed around with a diver.

4. This curious and trustworthy dolphins plays with a cat on a boat. (Yes, you read that right.)

5. Unhap the dolphin has a super smart fishing technique, which he later taught to his friend Crystal!