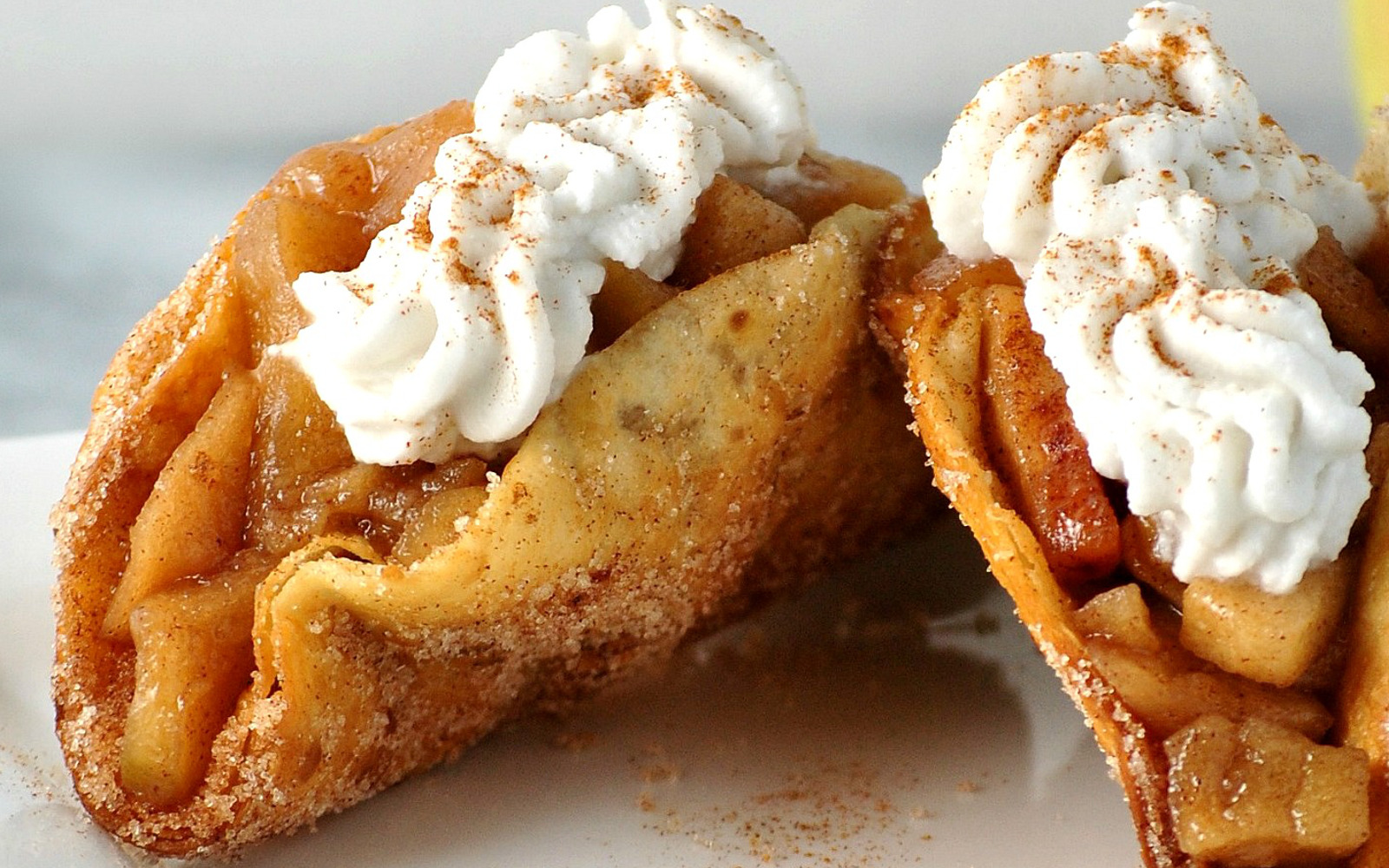 Apple and cinnamon are a match made in heaven. While apple pie is a classic way to use these two ingredients, there are so many other recipes that use apples and cinnamon. Try them in oatmeal, a snack bar, and even tacos! The options are endless with these two ingredients. The cinnamon apple combo is also a great way to get picky eaters to incorporate more fruit into their diet. This divine combo is sure to make anyone say apples are their favorite fruit. Who wouldn’t fall in love with such a cozy and tasty treat? Check out these vegan apple cinnamon recipes — they’re fantastic!

We also highly recommend downloading the Food Monster App  — with over 15,000 delicious recipes it is the largest plant-based recipe resource to help you get healthy! 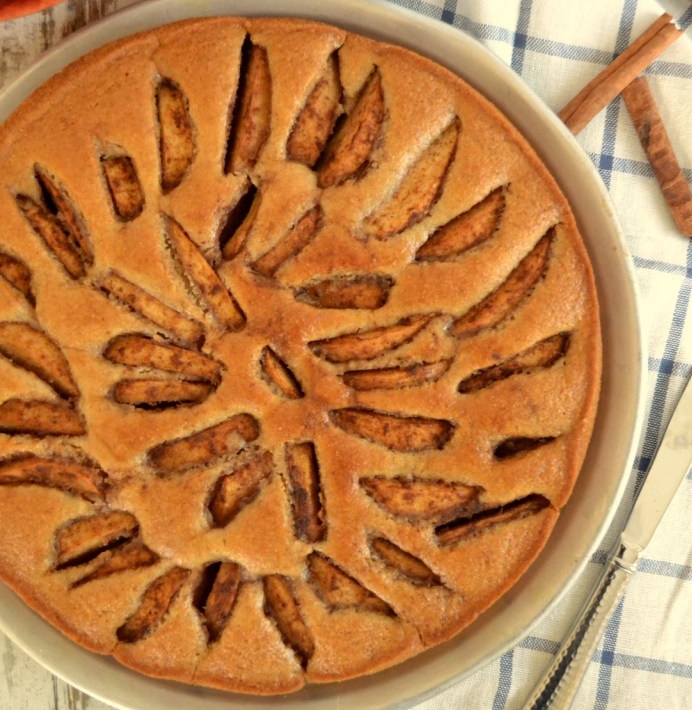 Delicious apple pie that will satisfy you and the whole family. This Apple Pie by Lenia Patsi is a delicious dessert! 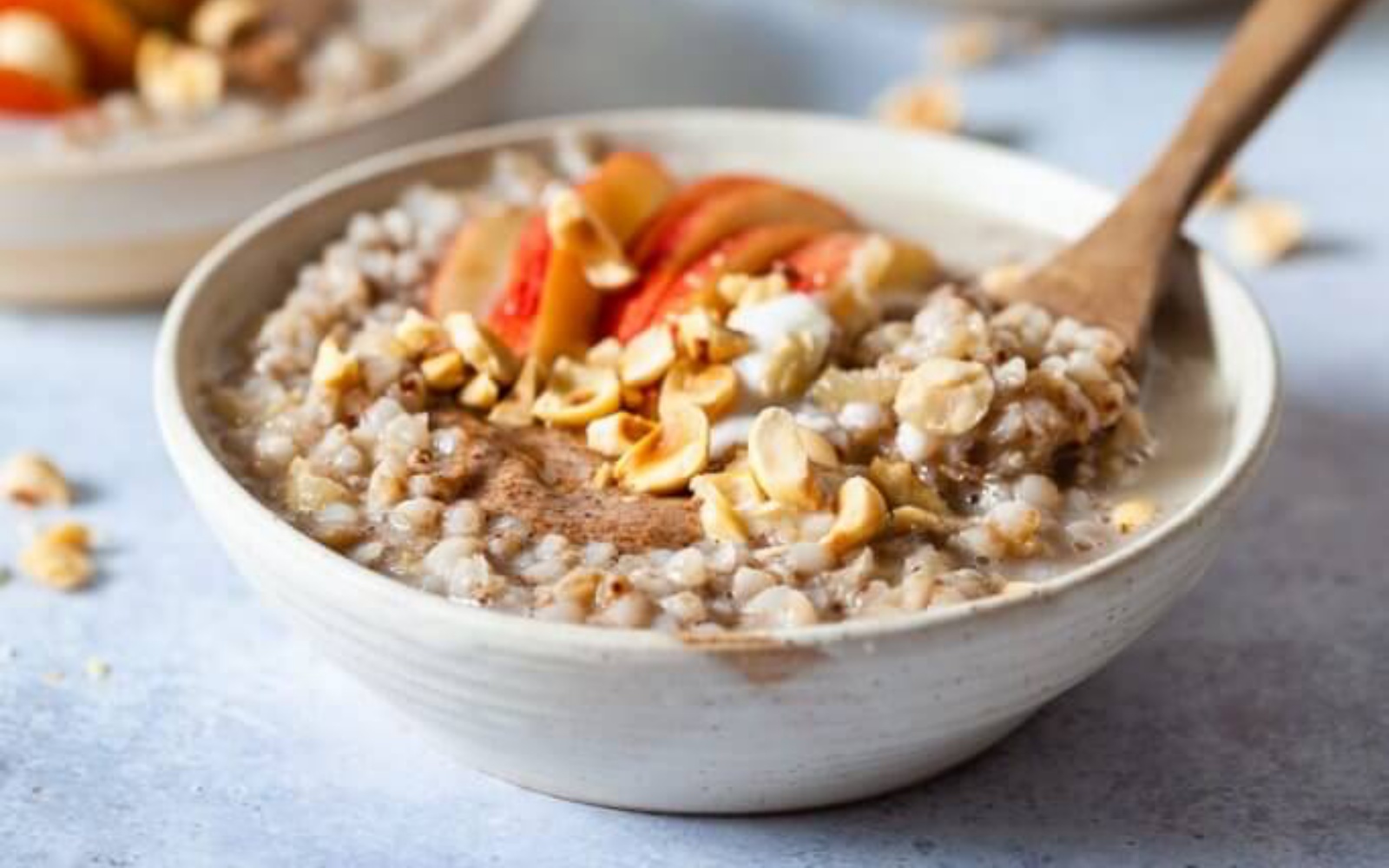 Kristina Jug & Mitja Bezenšek‘s Apple Cinnamon Buckwheat Porridge is an easy and delicious breakfast that will start your day off right. Buckwheat, despite the name, has nothing to do with wheat, and it’s not a grain, but a seed. Therefore, buckwheat is gluten-free and safe to eat if you’re on a gluten-free diet. Buckwheat Porridge keeps really well refrigerated in an air-tight container, so make a pot ahead, then portion out in air-tight containers for the week. You can also add in the coconut yogurt and almond butter, but add diced apples and roasted hazelnuts just before serving (or in the morning) so they keep the crunch. 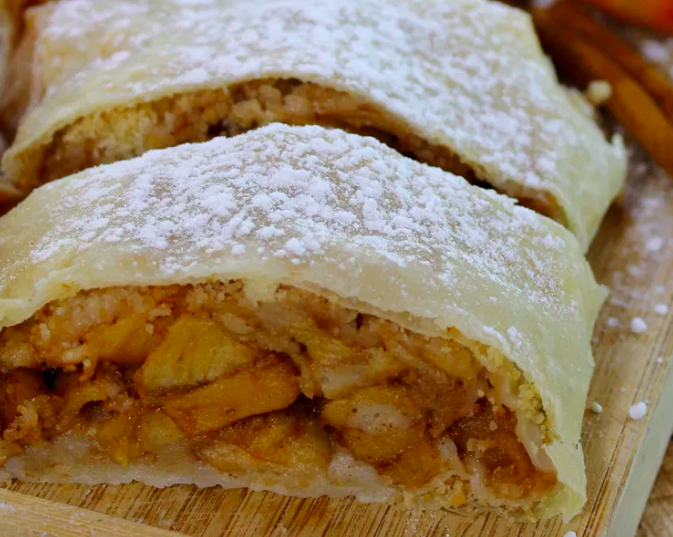 Juicy apples, spicy cinnamon, sweet raisins, and a hint of sugar – what more could you want? You have to try this Apple Strudel by Melanie Kröpfl! 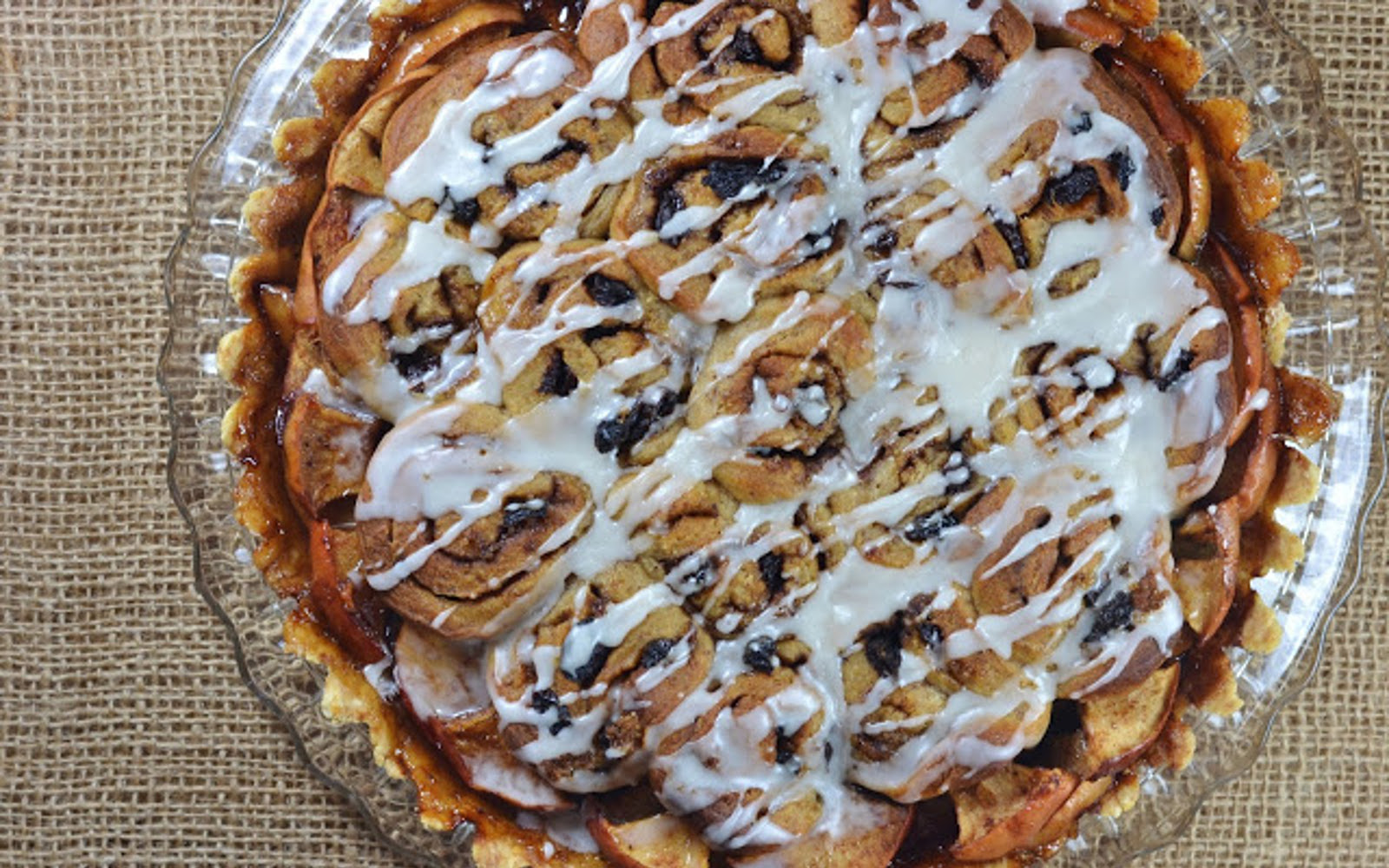 Apple cinnamon rolls in a tart – need we say more? This Sourdough Cinnamon Roll Deep Dish Apple Tart by Travis Piper is a decadent combination of two of the best desserts of all time. The recipe takes a little bit of time but the end result is worth it. 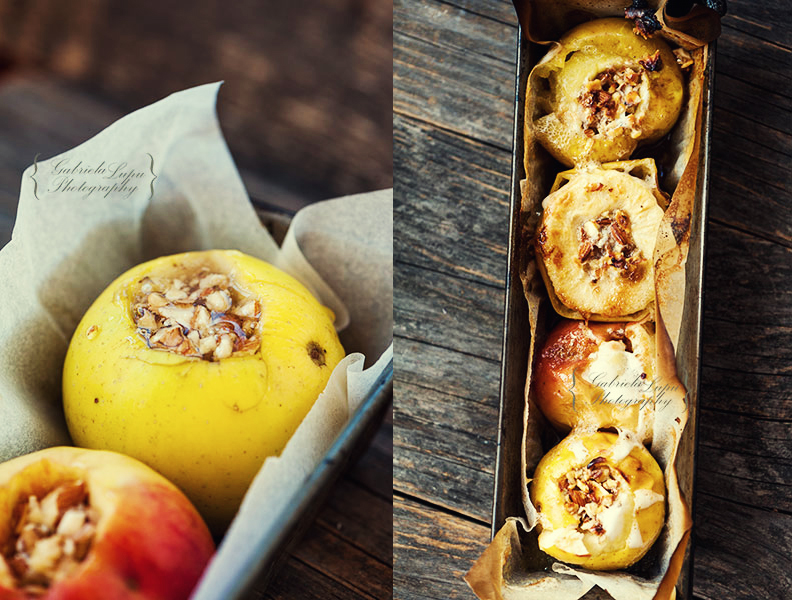 These Baked Apples by Gabriela Lupu are easy, simple, and absolutely delicious. Use apples that are very ripe if you want the baked apples very sweet. 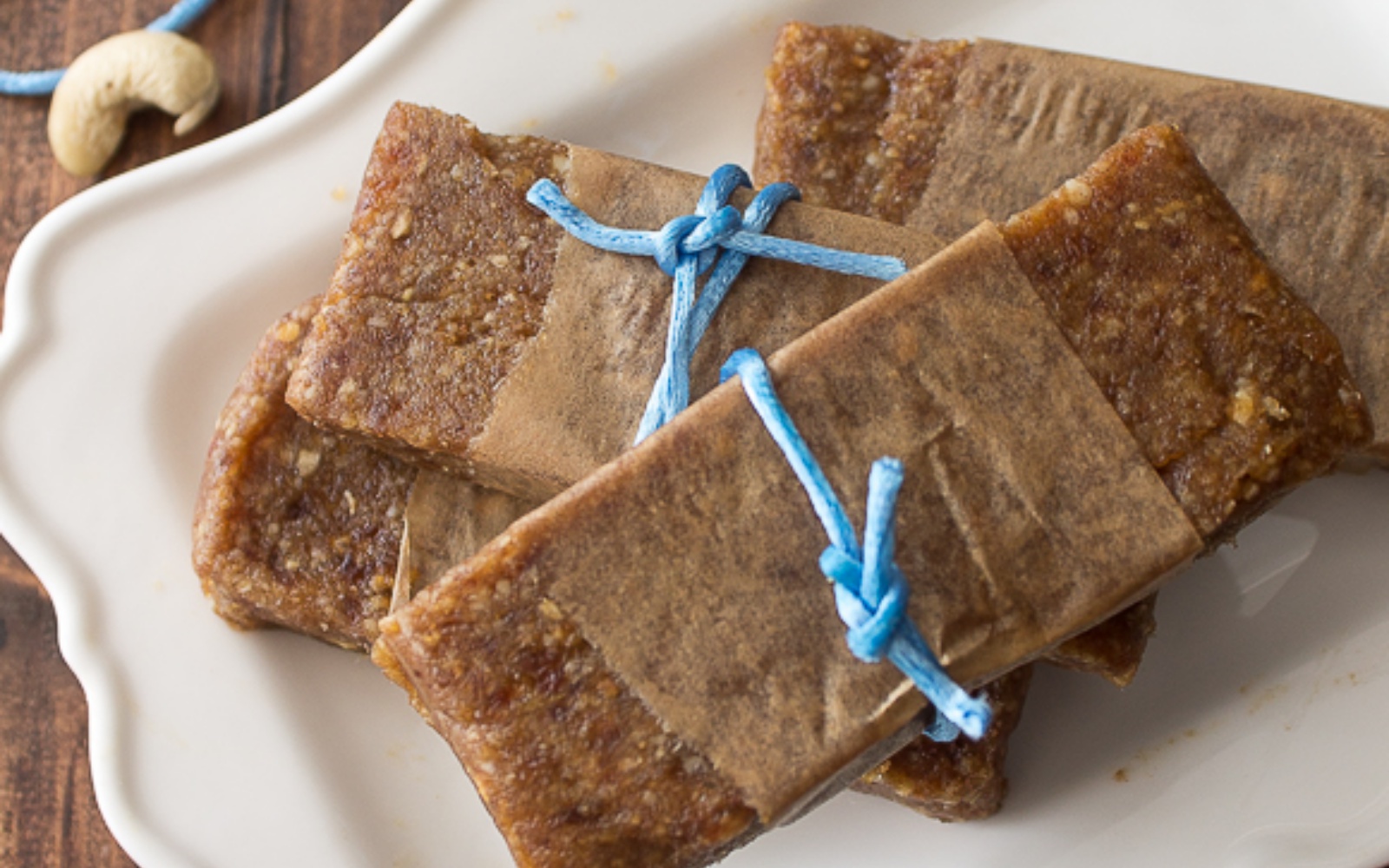 These Raw Apple Bars by Sara Oliveira are super delicious and healthy. They’re also made with really basic ingredients. Making your lunch or snack bars or putting them in your kids’ lunchbox is so easy and so fast that it takes longer to get out and go to the supermarket to buy some. These do not even have to go to the oven–– just put in the mincer and they’re ready! Sweetened only with dates and the wonderful taste of dehydrated apple, these raw apples are a delicious, unrefined, vegan, and gluten-free snack. 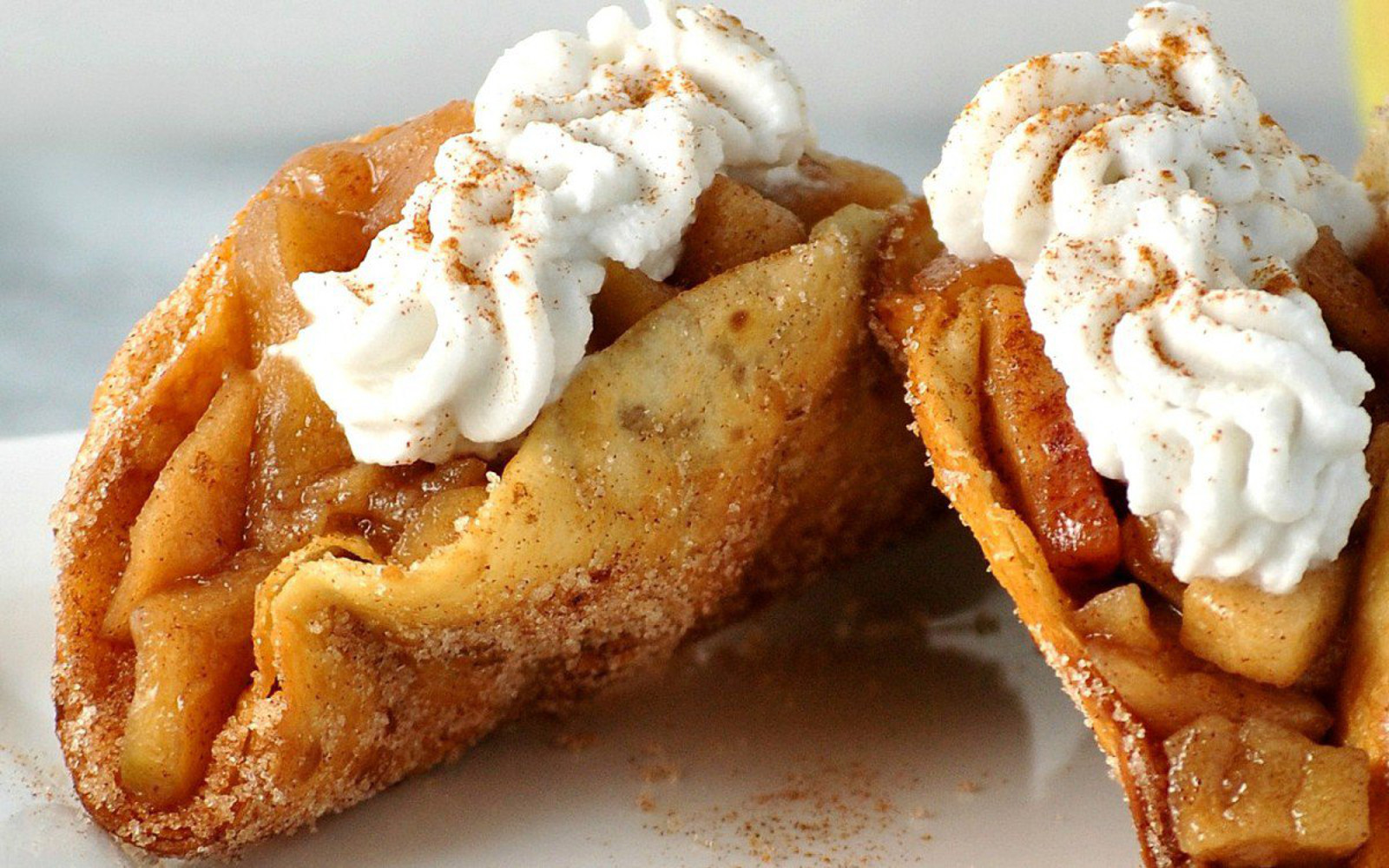 These Cinnamon Apple Dessert Tacos by Gabrielle St. Claire are the kind of indulgent treat you’d encounter at the world’s greatest food festival … Except you can make these at home and the only line you’ll be waiting on is the one at the grocery store. They have a crispy fried tortilla shell that sparkles from the cinnamon sugar coating, a warm apple pie filling, and a topping of coconut whipped cream dusted with cinnamon that you should absolutely go overboard on. Crunchy, sweet, warm, and indulgent, this dessert is absolutely unforgettable. 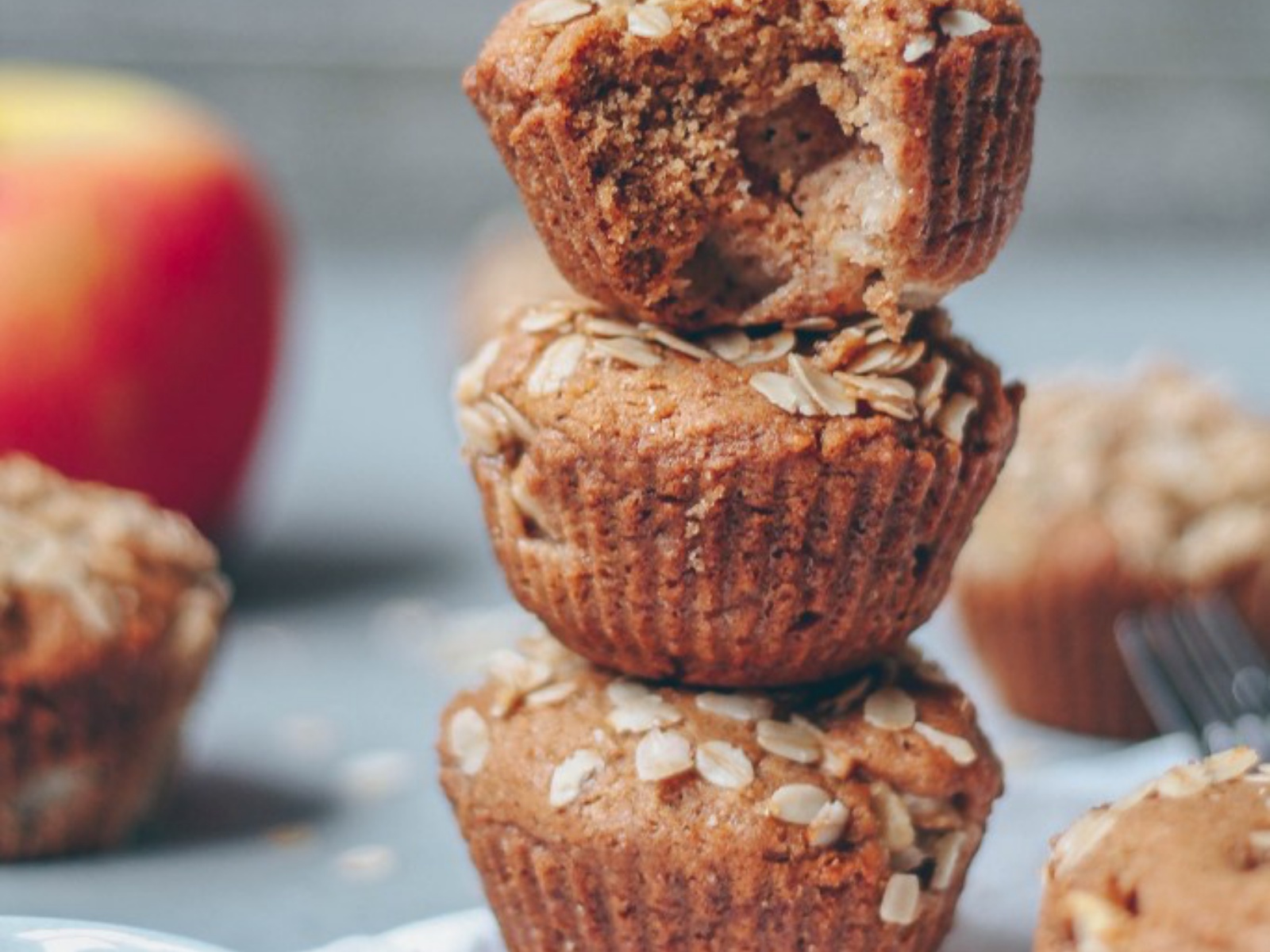 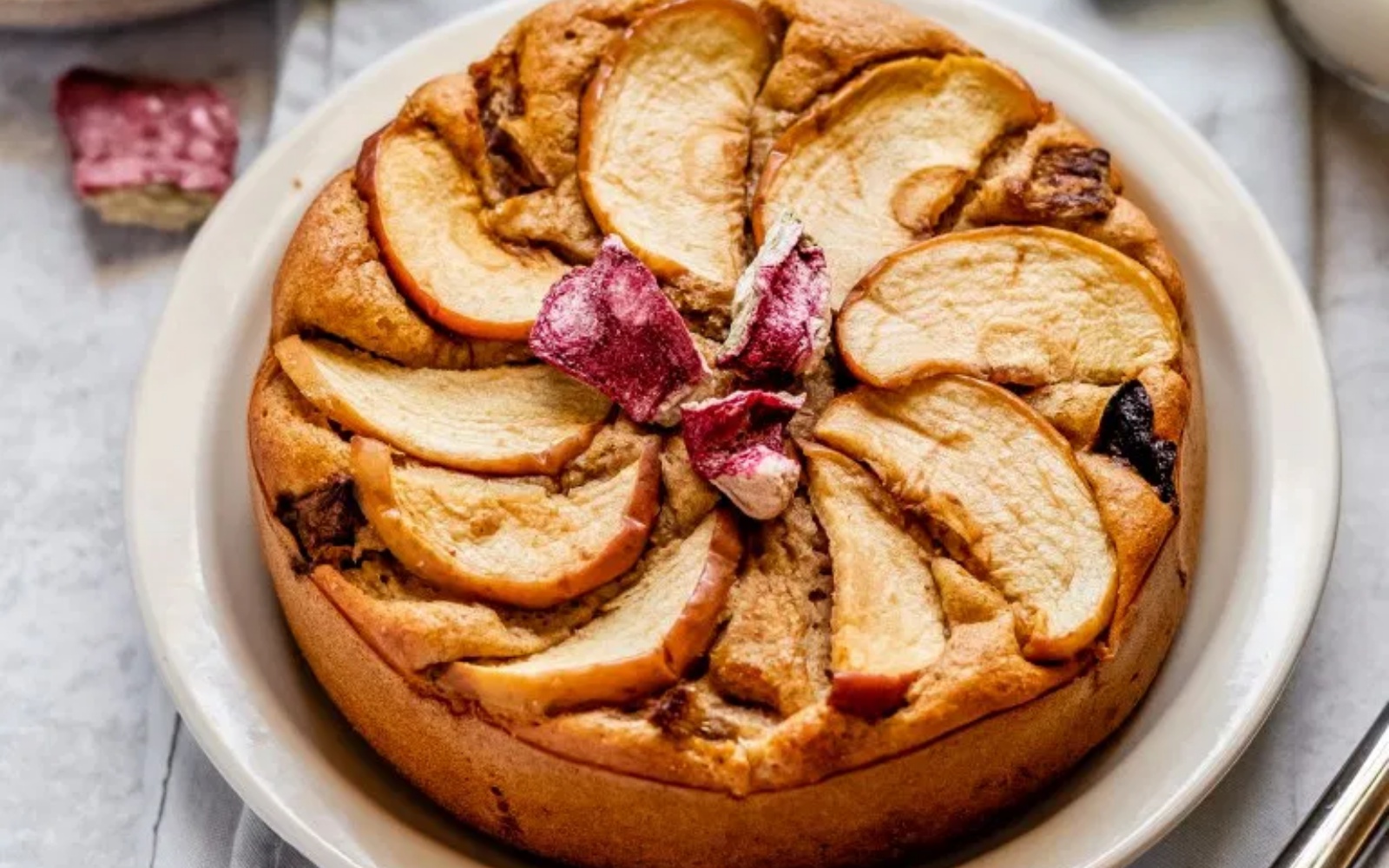 This Cinnamon Apple Cake by Lenny Wu is absolutely heavenly, loaded with moist & juicy apple chunks! It’s quite easy to make and doesn’t have many ingredients! With autumnal flavors of apple and cinnamon, this is the perfect fall cake. Make it for your holiday party to impress all of your guests. This cinnamon apple cake is fantastic! 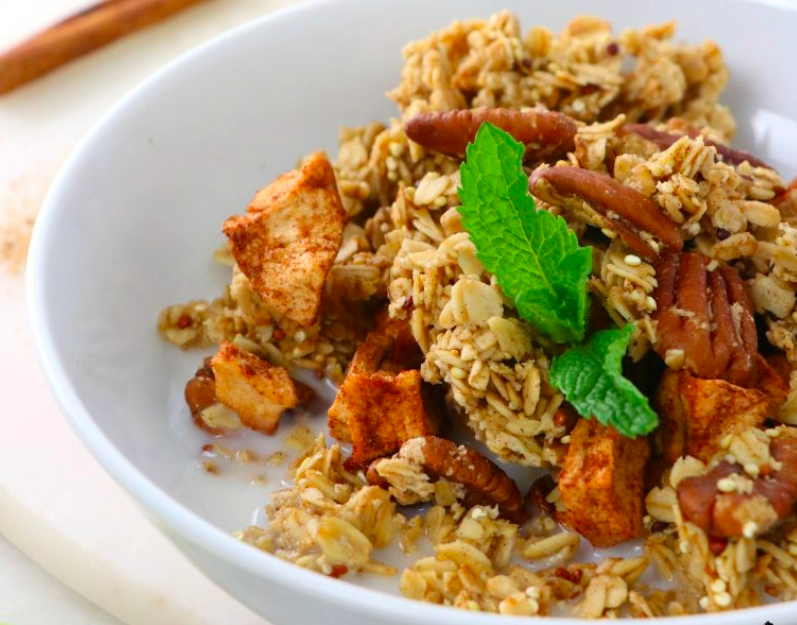 This recipe for Apple Pie Granola with Toasted Pecans and Quinoa by Gabrielle St. Claire features homemade dehydrated apples, it’s the saving grace concept for apples on their way out, has minimal ingredients, minimal added sugar, features crispy pecans, quinoa for an added protein boost, can easily be made in bulk, given as a holiday gift, perf for fall, and is my new favorite granola!! 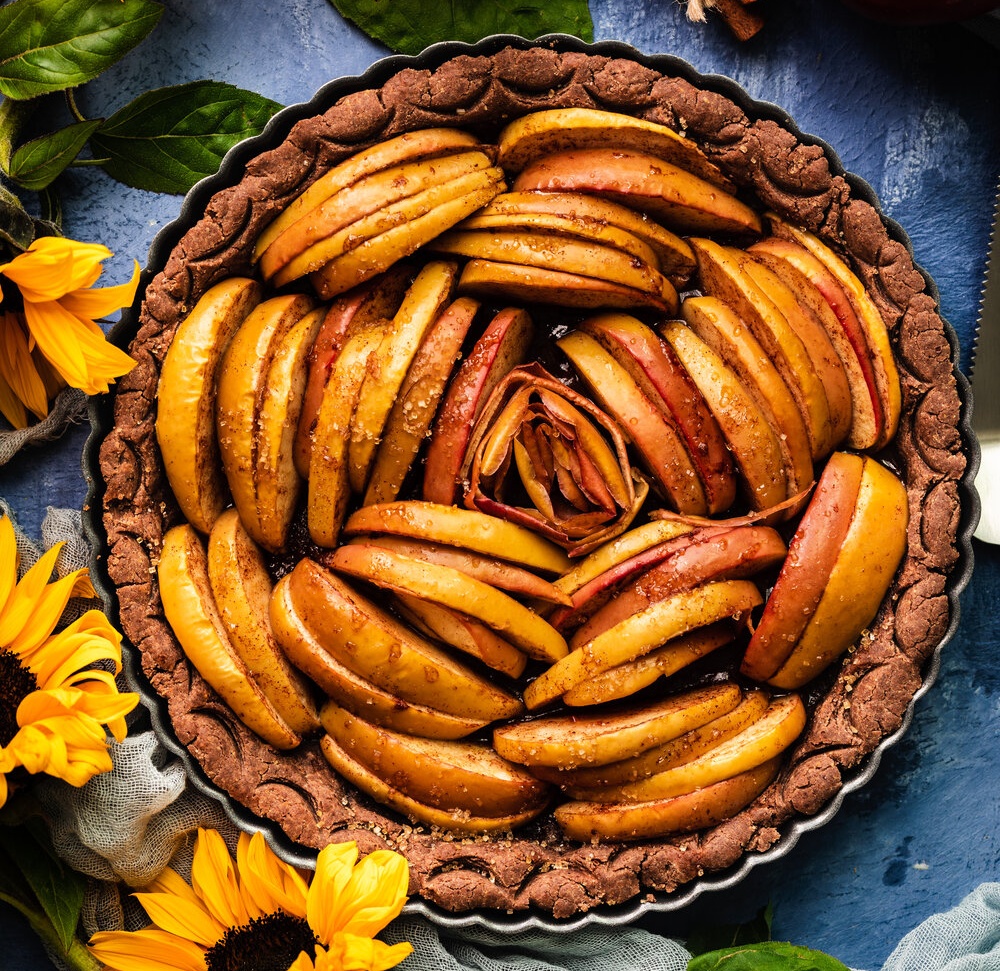 This Rustic Apple Tart by Teri Macovei makes a wonderful dessert and will stun your guests with how pretty it is! Classic flavors of cinnamon and fresh-cut apples, on top of a gluten-free, vegan flaky crust. It’s one inviting and warmly spiced apple tart! 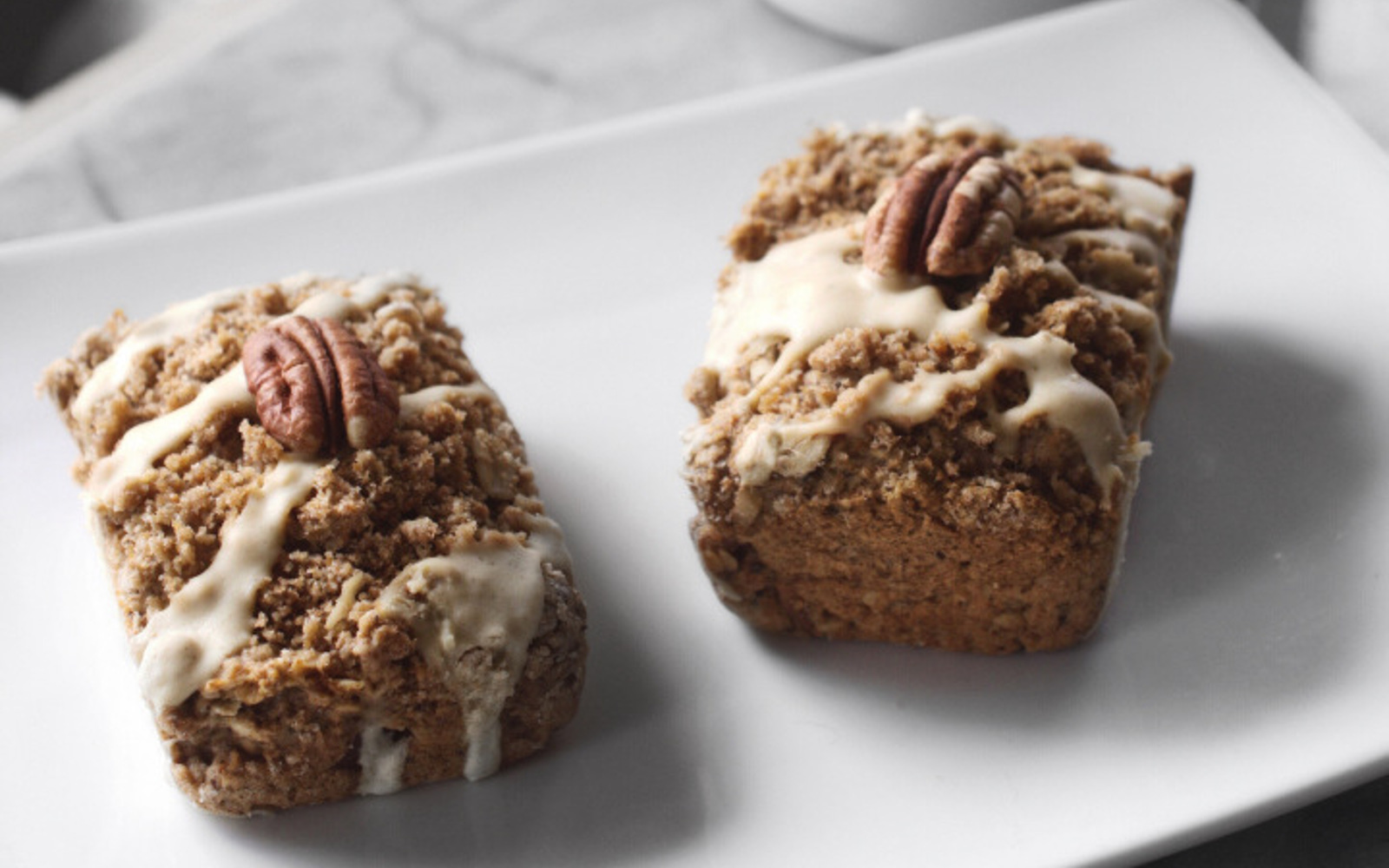 Who doesn’t love an apple-flavored treat? An apple a day keeps the doctor away, right? Well, what about these delicious vegan Spiced Apple Pie Mini Loaves by Logan Dunn & Lexus Osman? These little vegan apple bread are the perfect alternative to a muffin when you need to add some spice to your morning routine. Easy to prepare, with a frosting made from your favorite vanilla protein powder, these are a great treat to eat while relaxing after that early jog through the first light of day. Enjoy the aroma of freshly-baked apple pie that will soon fill your home as you bake up these vegan apple loaves. Your taste buds will feel warmed and at peace with the perfect combination of spices that give these treats their irresistible flavor. 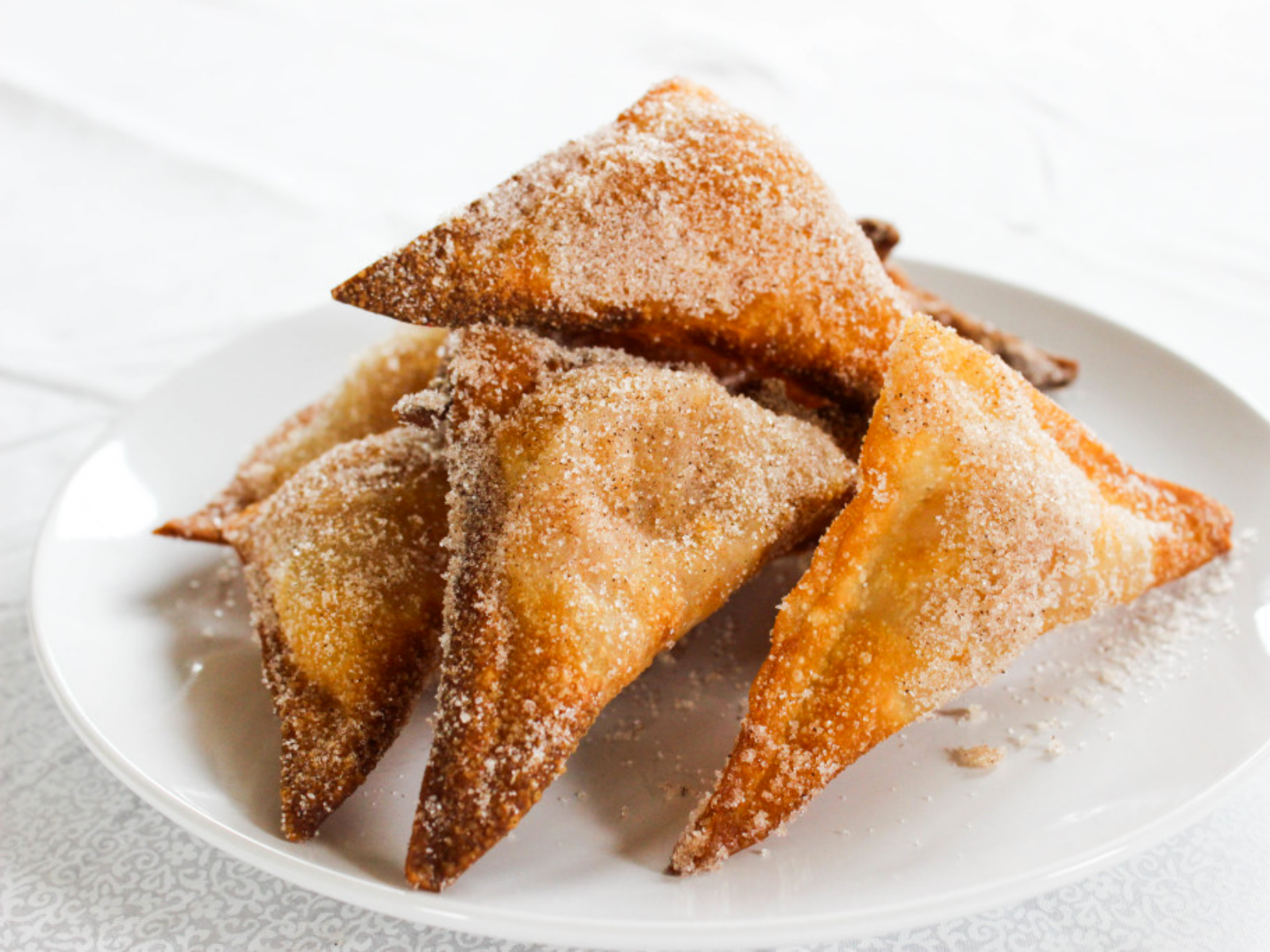 These Apple Pie Wontons by Kristen Genton are so sugary and cinnamony and just melt in your mouth! Not to mention, they look super cute and are unbelievably addicting to eat. Make sure you serve them right away so they keep their crisp but remember to warn people that they are hot! 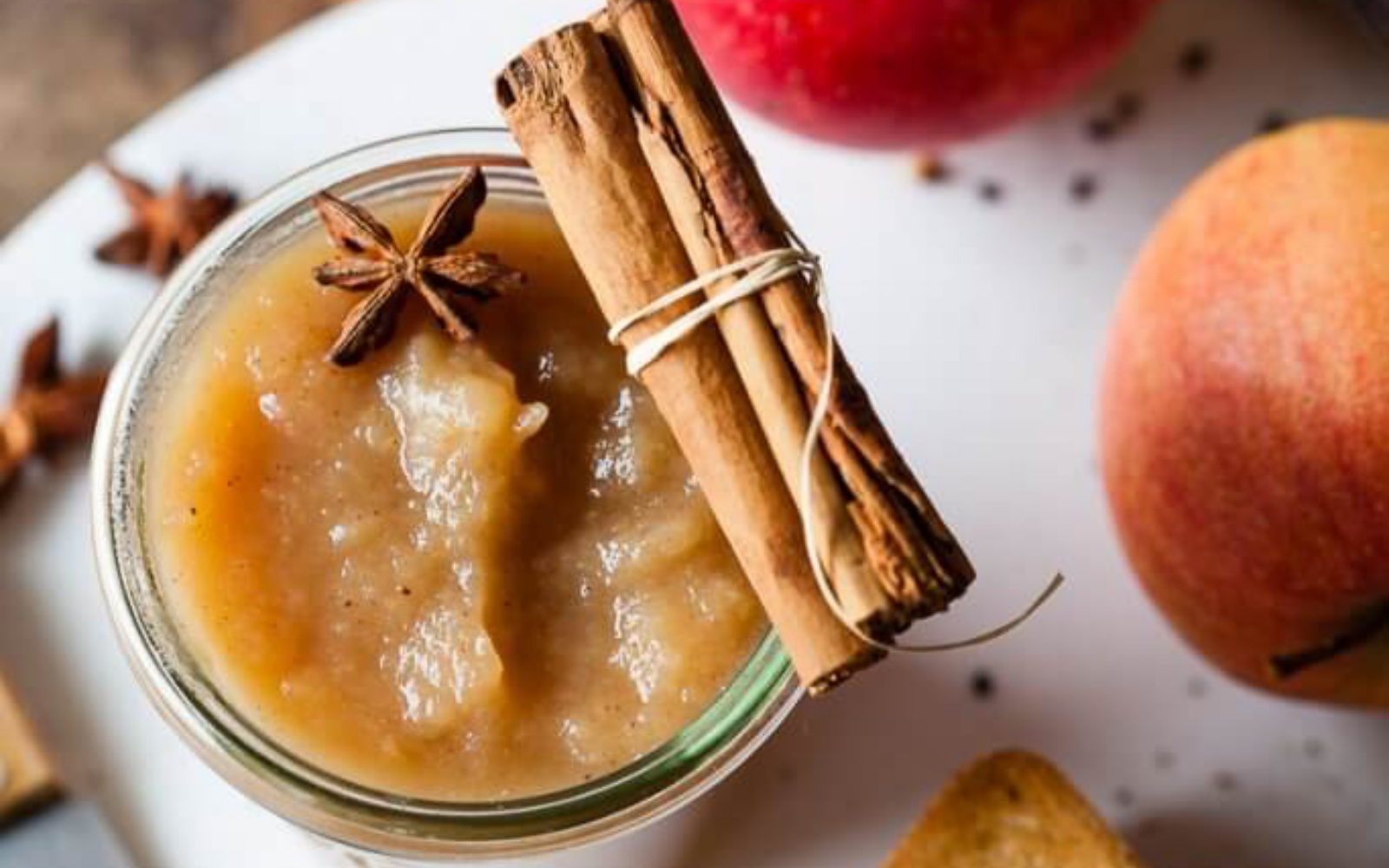 This Fermented Probiotic Apple Butter by Kristina Jug & Mitja Bezenšek is easy and healthy! It’s a great way to get your kids (and picky adults) to consume more probiotics! Spread it on a piece of toast, put it in oatmeal, eat it with a spoon––the options are endless! You may think fermenting the apple butter is unnecessary and complicated, but fermented apple butter is actually much healthier. The probiotic bacteria digest the sugars in the apple butter, making it slightly less sweet and with a yogurt-like tanginess. Plus, the fermented apple butter is packed with gut-healing healthy probiotic bacteria that aid digestion and your overall health. Also, fermenting the apple butter is as easy as transferring it to a jar, adding 3 probiotic capsules, stir, and let sit on the counter for a couple of days. No extra work needed! 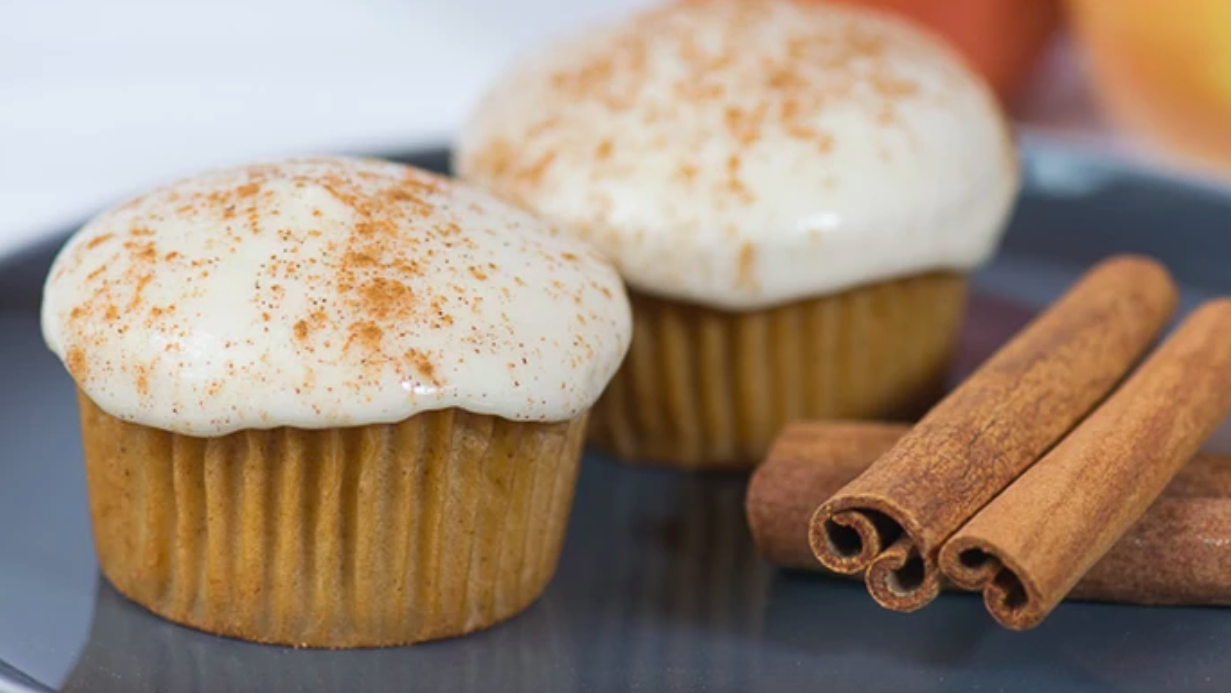 Celebrate the season of all things apple cinnamon with these amazing Apple Cinnamon Cupcakes by Desiree Rodriguez! They’ll make your kitchen smell amazing, and your taste buds will thank you. 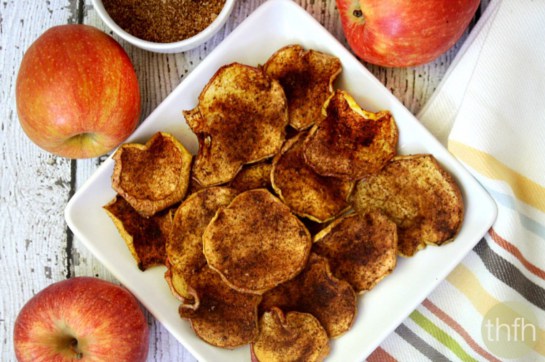