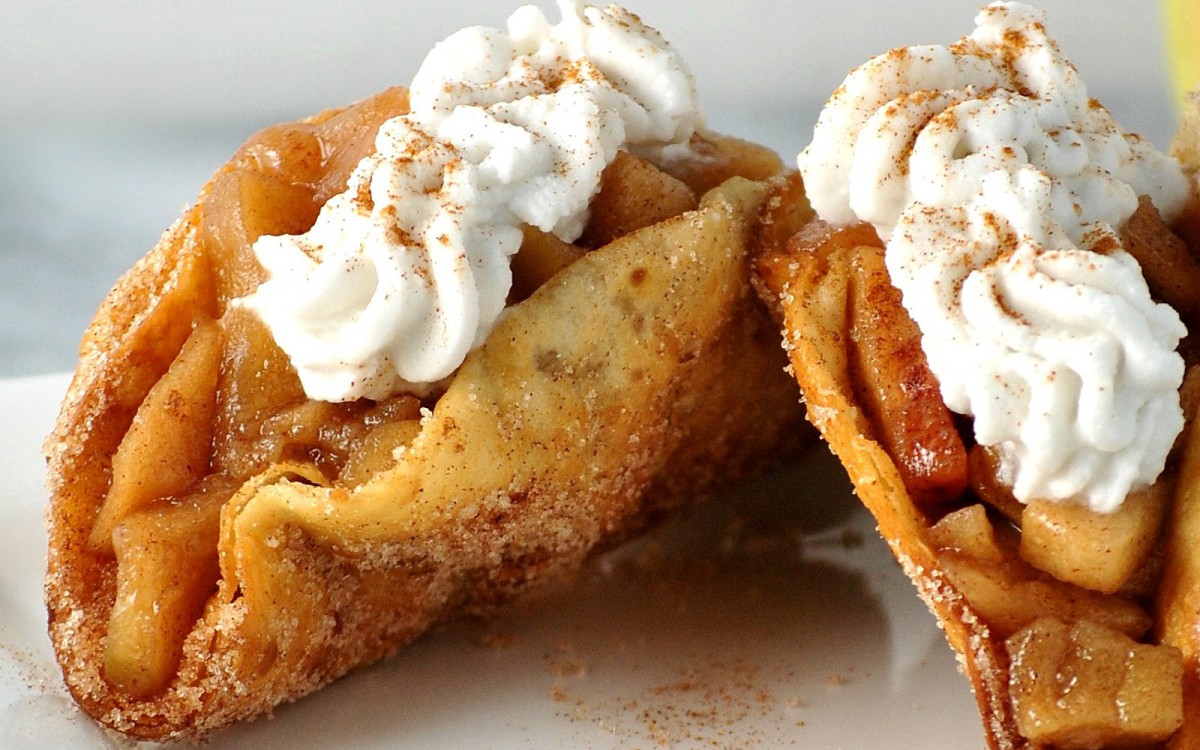 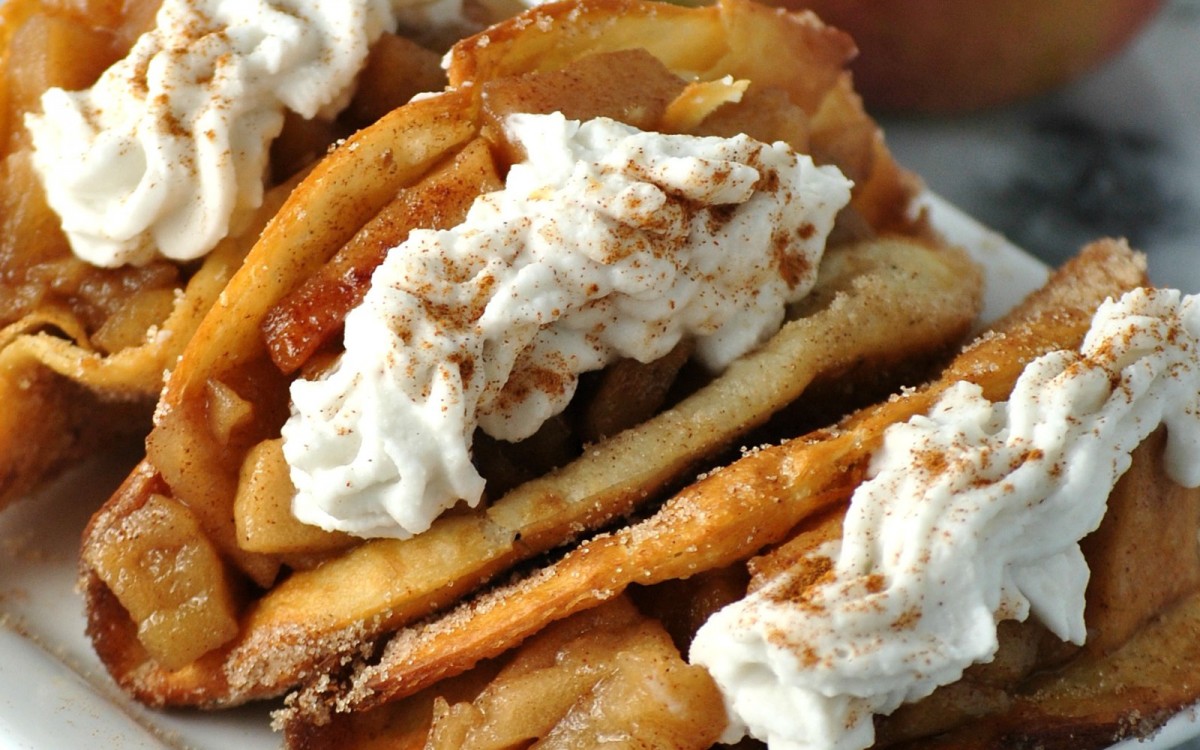 These cinnamon apple dessert tacos are the kind of indulgent treat you'd encounter at the world's greatest food festival ... Except you can make these at home and the only line you'll be waiting on is the one at the grocery store. They have a crispy fried tortilla shell that sparkles from the cinnamon sugar coating, a warm apple pie filling, and a topping of coconut whipped cream dusted with cinnamon that you should absolutely go overboard on. Crunchy, sweet, warm, and indulgent, this dessert is absolutely unforgettable.

For the Whipped Topping:

For the Taco Shells:

Per Serving: Calories: 489 | Carbs: 36 g | Fat: 37 g | Protein: 3 g | Sodium: 267 mg | Sugar: 23 g Note: The information shown is based on available ingredients and preparation. It should not be considered a substitute for a professional nutritionist’s advice.