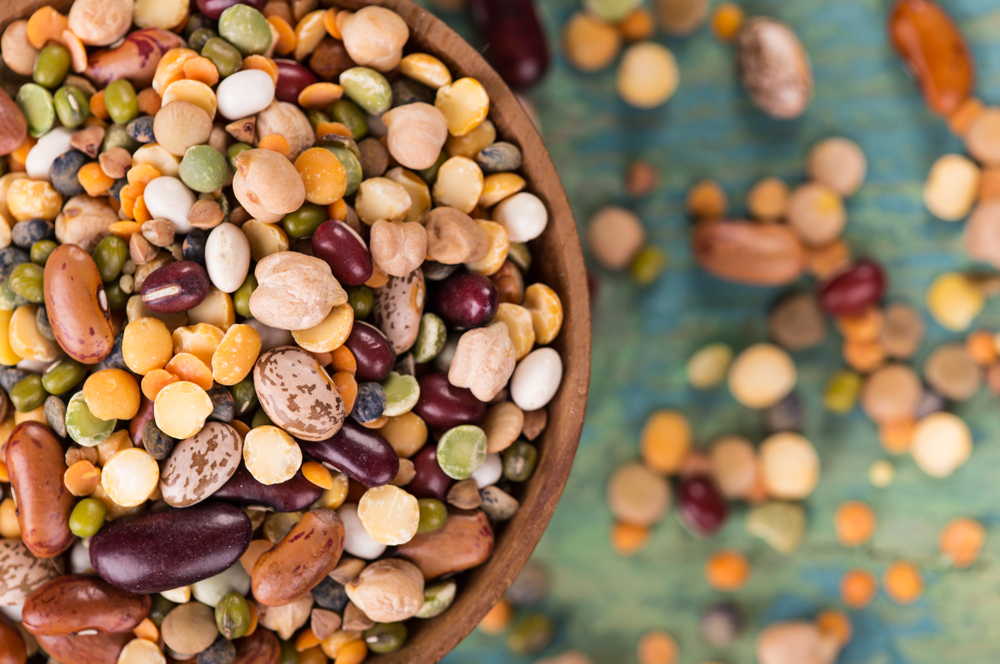 Anemia is one of the most common health risks for those who are either switching to or are long-practicing plant-based dieters. Feeling fatigued? Are your nails breaking? Do your lungs feel deflated? These are all incredibly telling signs of anemia. Before changing any part of your diet, especially when deciding to exclude food items, it’s incredibly important to consult a medical professional, and it’s even more important to seek professional help if you’re experiencing anemic symptoms.

With that said, by entering into a plant-based diet the right way, you can avoid anemia while also cutting out animal products. First off, it’s beneficial to understand what anemia is and how to fight it!

Anemia, also referred to as iron-poor blood, is caused when “your blood does not carry enough oxygen to the rest of your body.” While low iron levels are the most common culprit for anemia, it piggybacks with other conditions such as heavy periods, ulcers, colon polyps, cancer, and blood disorders, and can even be inherited. With that said, anemia comes down to three main blood issues: blood loss, high rates of red blood cell destruction, and lack of red blood cell production.

Initially, anemia presents with mild symptoms, including tiredness, irritability, pale pallor, headaches, and difficulty focusing. Yet, if left untreated, the symptoms worsen and may include sore tongue, blue-tinged eyes, brittle nails and hair, dizziness, and, most significantly, shortness of breath.

While there are a handful of reasons that may cause anemia, diet usually plays a large role. This is especially true for those on a strict plant-based, vegetarian, or vegan diet. It all comes down to iron consumption.

Iron is an essential part of a protein called hemoglobin, which transfers oxygen from the lungs to tissues throughout the human body. Iron also helps to support the metabolism, is essential for development and growth, and plays an integral role in cellular function, the creation of hormones, and the health of connective tissues. When the body suffers from an iron deficiency, red blood cells aren’t able to carry enough oxygen to the body. This may cause fatigue, headaches, brittle nails, and shortness of breath, to name just a few of the many symptoms of anemia.

The Recommended Dietary Allowances (RDAs) — provided by the Food and Nutrition Board (FNB) at the Institute of Medicine of the National Academies (IOM) — states that adult females should ingest between 15 and 18 milligrams, and adult males should ingest between 8 and 11 milligrams. Some of the most iron-rich foods include meats and eggs, which means plant-based, vegetarian, and vegan diets lack a large amount of the necessary iron intake.

With that said, while initially, this may pose a challenge, there are a host of plant-based foods and corresponding delicious recipes that have large quantities of iron to help fight anemia!

After consulting a physician, if your specific anemia is caused by an iron deficiency due to diet, then it’s time to start upping your intake of iron-rich foods. Lucky for you, there are a plethora of options to diversify your menu and help kick that anemia!

Legumes include some of the major plant-based diet staples such as lentils, beans, and peas. At the top of this list are lentils. While these tasty and meaty legumes offer a host of nutrients — 17.9 grams of protein, 15.6 grams of dietary fiber, 344 milligrams of Omega fatty acids, as well as vitamins A, C, E, K, and B6, to name just a few — they are also iron-rich. One cup of cooked lentils offers over 6 grams of iron, which is over half of the allotted RDA for men and at least half of the allotted RDA for women. Also in the legume family are beans and peas, which include bean-based products such as tofu. One cup of uncooked, red kidney beans offers a little over 15 milligrams of iron, while one cup of uncooked peas, such as snow peas or snap peas, offers a little over 3 milligrams of iron.

Starchy, filling, and classic. Potatoes truly are the ‘meat’ of the plant-based diet. Along with their incredible range of use, potatoes are also a great way to get the necessary iron intake. Yet, put that potato peeler down! A majority of the potatoes’ essential nutrients live within their skin. Therefore, to get the most iron bang for your buck, try to use recipes that include potato skin. One cup of baked sweet potato without the skin provides 1.4 milligrams of iron, while a large unpeeled potato (295 grams) offers 3.2 milligrams of iron.

If you’re new to the plant-based food world, then you probably haven’t experimented with palm hearts yet. Palm hearts, also called hearts of palm, are tropical vegetables found within the core of certain palm tree varieties. They are very similar in texture and taste to artichoke yet resemble “white asparagus.” Along with their broad range of uses — barbeque, stir-fry, bake, pulverize, or sautéed — they also have a surprisingly high amount of iron. One cup of palm hearts offers up an impressive 4.6 milligrams of iron!

Try a few of these beginner recipes that are filled with iron-packed palm hearts: Hearts of Palm Ceviche, 15-Minute Hearts of Palm Lobster Rolls, Caprese Salad With Hearts Of Palm, or these simple Spicy and Seared Hearts of Palm Rounds.

Last, but not least, is one of the top iron-rich grains available. Whether you eat a plant-based diet or not, everyone recognizes or has tried quinoa. This popular grain has become a regular ingredient in a restaurant and home kitchens around the world. And for good reason. Quinoa is a “gluten-free pseudocereal rich in complete protein, fiber, complex carbs, vitamins, and minerals.” Along with a host of essential nutrients, one cup of cooked quinoa offers 2.8 milligrams of iron, while one cup of uncooked quinoa offers a whopping 7.8 milligrams.

While anemia may be common, you can use an iron-rich plant-based diet to fight the symptoms! For more recipes that are packed with iron, we highly recommend downloading our Food Monster App, which is available for both Android and iPhone and can also be found on Instagram and Facebook. The app has more than 10,000 plant-based, allergy-friendly recipes, and subscribers gain access to new recipes every day. Check it out!