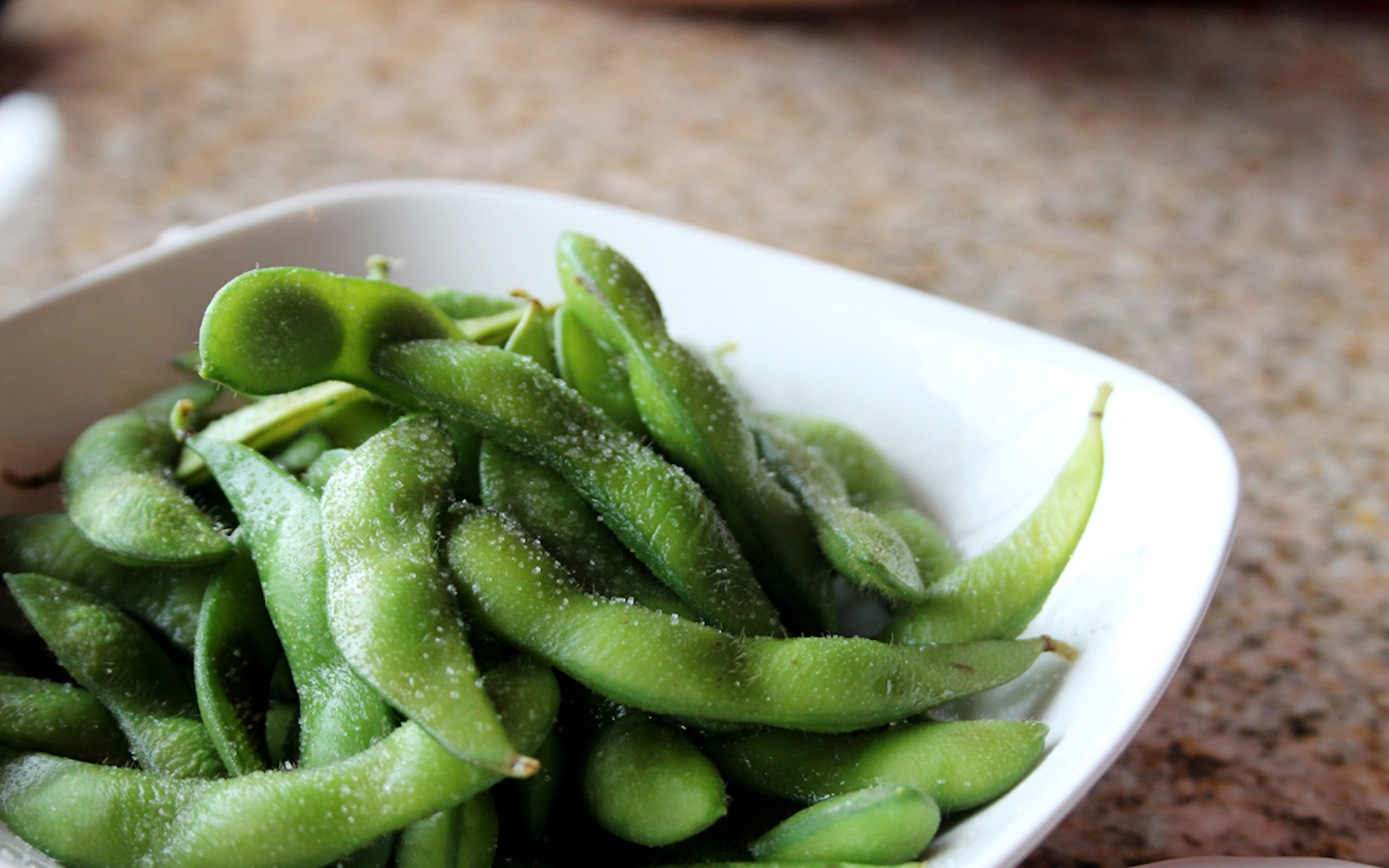 If you find yourself feeling sluggish or tired, mentally or physically, you may be suffering from an iron deficiency, known as anemia. Though meat has a reputation for being rich in iron, there are plenty of other iron-rich plant-based foods that provide all of the health benefits but none of the cholesterol or hormones. Iron is a mineral that is crucial for oxygen transportation throughout the blood, and iron deficiency is a relatively common and treatable condition.

While this may sound like a call to eat more meat, heme iron has been linked to an increased risk of coronary disease and colon cancer, since the body cannot limit how much heme iron it absorbs, leading to the possibility of an iron overdose (whereas with non-heme iron, the body takes only what it needs). Vitamin C also assists in iron absorption, which is why it is recommended to combine iron-rich foods with fruits and veggies that contain high amounts of vitamin C. Here’s a guide to 10 iron-rich foods that can boost energy and stamina, along with recipes and cooking tips.

Also known as an immature soybean pod in its whole and unprocessed form, picked before it has had the chance to fully harden, edamame (an Americanized version of a Japanese word that translates roughly to “beans on a branch”) is a nutritious snack that has been consumed in Asia for hundreds of years.

Though some worry about the hormonal effects of soy products, the truth is that the phytoestrogens in soybeans (which are plant hormones, not human hormones) have a relatively weak effect on the body, and can actually act as beneficial antioxidants. Edamame is an excellent source of iron, with one cup of cooked and shelled beans containing 20% of the daily recommended amount of iron, as well as 18 grams of protein and 8 grams of fiber. It is the perfect energy-boosting snack and can be eaten plain or with a variety of seasonings.

For recipe ideas, try out this Spicy Garlic Edamame, or make some hearty Edamame Black Bean Burgers with Soy Mayo.

Though this may seem like an unusual item on the list, blackstrap molasses packs a surprisingly nutritional punch. Not to be confused with regular molasses, which is lighter in color and much sweeter, blackstrap molasses is produced after the third boiling of sugar cane or sugar beet and has a dark and much more bitter flavor. However, it also has a higher concentration of vitamins and minerals. One tablespoon of blackstrap molasses contains approximately 3.5 milligrams of iron, around 20% of the daily recommended amount. It also contains small amounts of manganese, copper, and calcium, all vital nutrients that usually cannot be found in most refined sweeteners.

For more information, check out Ingredient Spotlight: Blackstrap Molasses, a Robust Syrup That is Rich in Iron and Calcium. And for a delectable dessert recipe, try out this Molasses Spelt Cake.

This popular superfood is technically a seed (not a grain) from a goosefoot species that is more closely related to beets and spinach than rice or oats. It originated in the South American Andes of Bolivia and Peru thousands of years ago, and was considered to be a sacred crop by the Incas, who called it chisaya mama or “mother grain.” One cup of cooked quinoa contains nearly 3 milligrams of iron or around 15% of the daily recommended amount. It also has 8 grams of protein and 5 grams of fiber, more than both white and brown rice, making it a delicious and gluten-free grain alternative for those looking to bring more nutrients into their diet.

If you’re interested in preparing this pseudo-grain in a different way, check out How to Sprout Quinoa the Right Way. For recipe suggestions, try out some High Protein Edamame Fried Quinoa Rice (a double dose of iron due to the edamame plus the quinoa!), or make a filling and gluten-free Protein Packed Breakfast Quinoa Bowl.

These nutrient-packed legumes come in multiple varieties: red split lentils, French lentils, and green or brown lentils, just to name a few. Lentils are a truly ancient food, with evidence of lentil consumption dating as far back as 8000 BC in what is now northern Syria. Lentils were a staple food for the Ancient Greeks, Romans, and Egyptians as well, and are currently eaten in many other places including India and the Middle East. Nutritionally speaking, lentils are packed with protein and fiber, and one cup of cooked lentils contains 6.6 milligrams of iron, approximately 37% of the daily recommended amount. They are tasty, nutritious, and cheap, and make for an energizing and filling meal.

Check out this article for even more information on the different varieties of lentils and how to cook them. For recipe suggestions, whip up a batch of this rich and warming Red Curry Soup with Lentils, or make some Swedish Meatballs with Lentils and Black Rice.

Not to be reserved solely as a seasonal treat, pumpkin seeds can be purchased year-round, and are both delicious and nutritious, whether devoured as a snack or incorporated into a meal. However, if you have a pumpkin on hand, check out this article for information on how to roast and season them yourselves. These seeds are dense in nutrients, with a quarter-cup containing 16% of the DRA for iron, 23% for zinc, 64% for manganese, and 45% for magnesium, among others. They also provide a hefty dose of protein and fiber, making them an excellent energy-boosting snack.

For a light summery meal, trying making this Raw Zucchini Pasta With Pumpkin Seeds and Garlic, or check out this Power Bread With Sunflower Seeds, Flax Seeds, Sesame Seeds, and Pumpkin Seeds.

Chocolate lovers rejoice–there is now a legitimate excuse to indulge in this rich and creamy delight on a nightly (well, maybe weekly) basis! The health benefits of dark chocolate come largely from the higher concentration of cocoa, and the lower amount of sugar and fat. The higher the cocoa percentage, the more antioxidants it contains–it is recommended to choose a brand with at least 65% cocoa. When consumed in moderation, dark chocolate can contribute to healthier and more flexible arteries and even reduce the risk of memory loss in the elderly. It also contains several vital minerals, such as copper, zinc, and–of course–iron. Just one ounce of dark chocolate provides 3.4 milligrams of iron, roughly 20% of the daily recommended amount!

For a decadent chocolate-infused dessert, try out this German Chocolate Cake, loaded with cocoa powder in both the cake and frosting. Or make some quick and simple Chocolate Cashew Pudding, easy to whip up when the chocolate craving strikes unexpectedly.

One benefit of dried fruit is that all of the vitamins and minerals normally present in fresh fruit become more densely concentrated, making for a naturally sweet and nutrient-packed snack. Apricots are small golden-colored fruits that originated in China, but eventually found their way into Europe and were brought to America in the late 1700s. Their taste when fresh is similar to that of a peach or plum.

When purchasing dried apricots, or dried fruit of any kind, it is best to avoid brands using sulfur dioxide, a preservative that, while relatively safe for the majority of the population, can cause allergic reactions in a small percentage of individuals. Dried apricots are a good source of iron, with 1/2 a cup containing approximately 10% of the daily recommended amount. They are also packed with fiber and potassium, making them an ideal snack food for those looking to improve their energy levels and digestion.

For recipe ideas, check out this Raw Blueberry Cheesecake with Apricot Walnut Crust, a perfect no-bake summer dessert. Or make a tasty and antioxidant-loaded Kale Salad With Apricots and Almonds!

Peanut butter, almond butter, cashew butter–why not sesame seed butter? This unique spread derives its name from the Arabic word tahinnyya, and has been a staple in Arabic and Middle Eastern cooking (to name just two cultures) for centuries. It has a creamy texture and a slightly bitter flavor, very different from most nut butters. It is a traditional ingredient in hummus (the full name being hummus bi tahiniyya, or “chickpeas in tahini”), and is used in both savory and sweet recipes. Tahini is an excellent source of protein, fiber, and healthy fats, and 2 tablespoons contain approximately 15% of your daily dose of iron, making it an ideal energizing spread to put on toast or use as the basis for a tasty sauce or dip.

For a delicious anti-inflammatory sauce, try out this Golden Turmeric Tahini Dressing, memorable in both taste and color. Or, for a simple and filling dinner, make some Roasted Veggie Noodle Bowls with Lemon Tahini Dressing.

This leafy green vegetable is, ironically, not Swiss at all, but rather originated in multiple countries bordering the Mediterranean Sea, and is also called silverbeet and perpetual spinach. It is possible that the botanist who first classified this plant was Swiss in origin, hence the seemingly illogical name. The stems of Swiss chard vary in color depending on the exact variety, and range from red to yellow to white. It has a soft texture similar to that of spinach and is less bitter than other leafy greens such as kale. This veggie is packed with antioxidants and multiple vitamins (A, C, and K specifically), and one cup of cooked chard contains roughly 20% of the daily recommended amount.

For recipe ideas, try out this Rainbow Chard and Garlic Scape Fettuccine for a unique pasta dish. Or make some Swiss Chard Quiche with Wild Mushrooms.

These pinkish-red beans are, quite literally, kidney-like in shape, though they offer up more than just a resemblance to one of our most important organs! They are believed to have originated in Peru thousands of years ago, and eventually spread to other areas of North America as well in later centuries. As with many other beans, kidney beans are rich in protein and fiber, making them filling and nutritious, and one cup of cooked kidney beans contains 4 milligrams of iron, or roughly 30% of the daily recommended dose.

If you’re feeling adventurous and up for sampling a unique dessert, whip up a batch of these High-Protein Kidney Bean Brownies, free of both refined sugar and gluten. Or, for a hearty dinner idea, make some Kidney Beans Spinach Masala.

For additional information on foods that can get you through a long and tiring day, read up on 10 Healthy Sources of Carbs That Can Improve Your Mood and Boost Energy Levels. 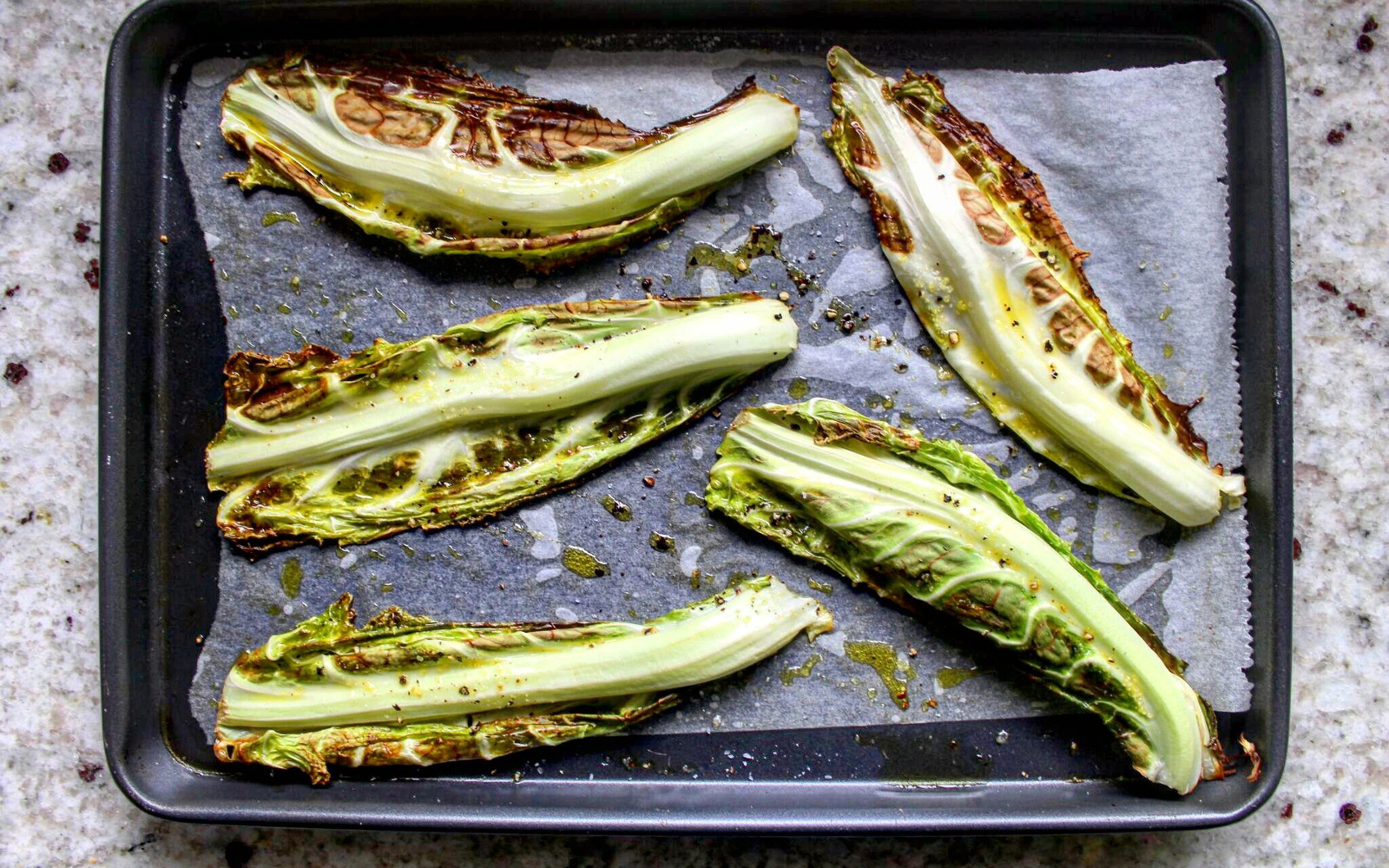