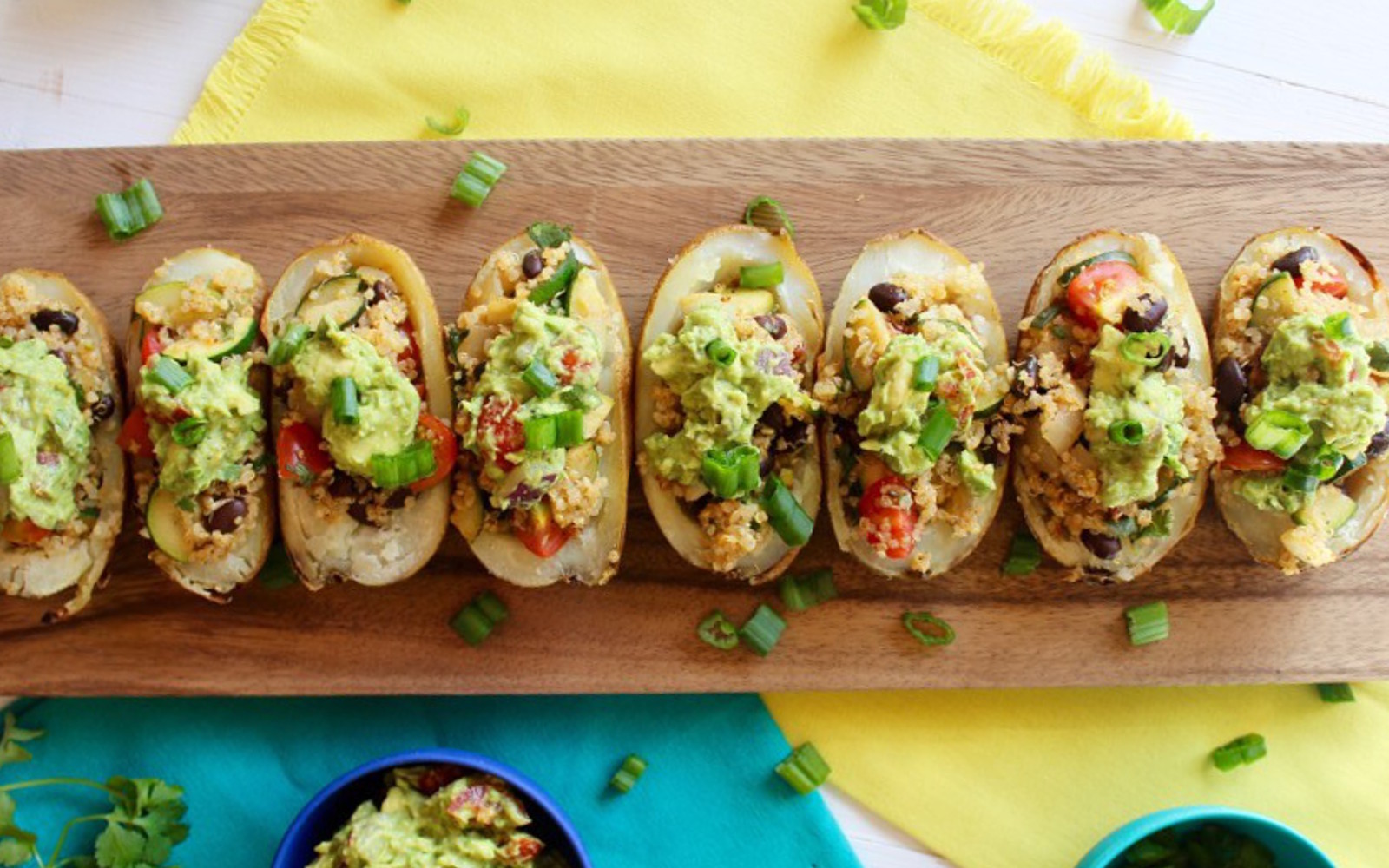 In this recipe, russet potatoes are hollowed out and then baked so that the skins get crispy, then they're stuffed with quinoa, black beans, vegetables, and plenty of guacamole. These loaded burrito bowl potato skins are the perfect appetizer for barbecues, game day, movie night, or even for dinner! Add a big dollop of sour cream and plenty of chipotle sauce to really add some pizazz.

Hi, I'm Liz, the writer and photographer behind Pumpkin & Peanut Butter, a {mostly} plant-based food blog dedicated to simple, healthy eats. I focus on using natural ingredients, whole grains, and plenty of plants in my recipes, and of course, peanut butter! But, above all, I believe in balance—balance in the ways we nourish ourselves, the ways we stay active, and the ways we achieve happiness every day.